Are you the type of person that is looking for a cuddly and affectionate dog? You are not the only one.

There are lots of people out there that are looking for a furry companion that is capable of showing love and affection, but is this something that Cattle Dogs have to offer?

If you have come across Cattle dogs in your search for a new dog, then you might be left wondering what their personalities are like, and whether they are going to be cuddly and loving throughout their time with you.

To help you to learn a bit more about this breed and what they are like, we are going to tell you everything that there is to know about their qualities.

This will help you to find out if they are the right dog for you, or if they could be in the right circumstances.

Cattle dogs are not typically the cuddly type of dog due to their independent nature, but that doesn’t have to mean that they don’t want to spend time with you.

This is a dog breed that loves to spend time with their owner, just perhaps not in the cuddly way that you would have hoped.

Australian Cattle Dogs are not known for being an affectionate breed like many others, and this is because they like to have their own independence.

However, they can still develop a strong bond with their wonders, but they do not like to cuddle.

They are hard-working and loyal dogs, and they do sometimes show their affection in different ways.

Can a Cattle Dog Be Cuddly?

It is possible to find a cuddle Cattle Dog, but this would depend on a wide variety of different factors, like their environment, genetics, and pack hierarchy.

These are dogs that are typically known to be a little more cautious of humans due to the fact that they are descended from Australian Dingos.

If you are desperate to find a cuddly Cattle Dog, then you should always meet the parents to help to understand the puppy’s personality a bit better.

So, while the vast majority of Cattle Dogs are known to be independent and self-dependent, you might just find a cuddly variety if you look in the right places.

The upbringing of the puppy can also have a big impact on such qualities, and if this is something that they are used to, then they might be more inclined to cuddle.

However, don’t be surprised if they don’t take too kindly to it in the beginning. If they want their own space, you should give it to them. You should never try to force a dog to be cuddly if they are not interested in the slightest. 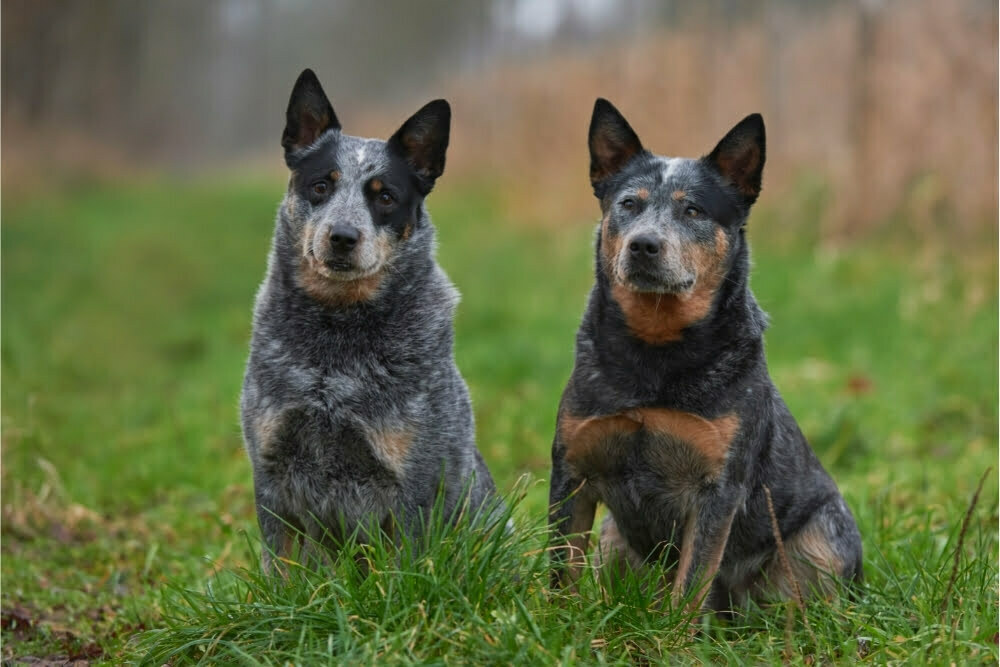 Why Do Some Cattle Dogs Cuddle More Than Others?

There are some dogs that are more likely to cuddle than others, and this is all down to the nature vs nurture argument.

When it comes to Cattle Dogs, it seems to be a blend of both of these things and while some breeds are known to be more affectionate, others are simply known for being more independent.

Some breeds just love to be constantly in your company and in your personal space bubbles, but others are simply not interested.

There is no specific reason for this other than their individual personalities. The same can be said for people.

Some may be affectionate and cuddle, but others would much rather be content in their own company. Unfortunately for some people, Cattle Dogs typically resonate with the latter.

There is no way to guarantee that your Cattle Dog will be cuddly, so if this is something that you can’t live without, then you might be better suited towards another breed.

However, if you are looking for a dog that is the opposite of clingy and that doesn’t need to be on your lap all the time, then this might be the perfect dog for you.

How Do Cattle Dogs Show Affection?

Just because Cattle Dogs are not known for being cuddly, it doesn’t mean that they can’t show affection in other ways.

One of the ways in which a Cattle Dog might try and be affectionate towards you is by mouthing you.

This might not seem like they are trying to be nice to you, but this is a breed that is predisposed to using their mouths for heeling.

Another way that your Cattle Dog might try to show you affection is by pawing at you. They are often known for raising their front paw and tapping on you to show you their affection.

You might also notice that they try to kiss or lick you to give you a daily dose of affection. Cattle dogs do enjoy being near humans, they just like their own company too.