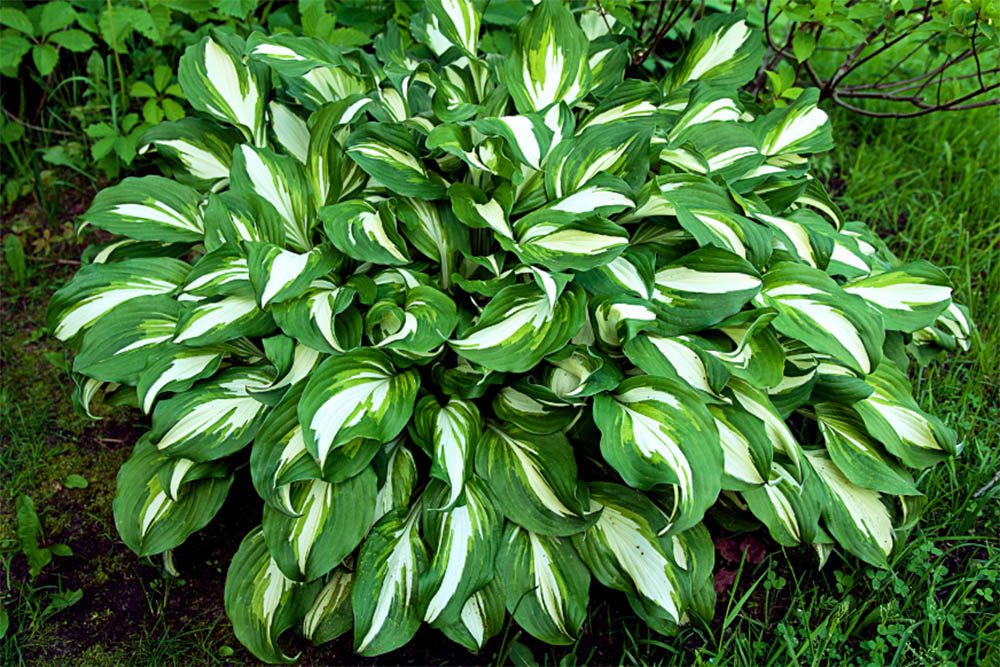 With over 40 different species of hosta recorded, it’s highly likely that you’ll either already have one in your garden or that you’re thinking about planting one.

It’s a good choice too, as their lush green foliage and architectural flower spikes make them a really interesting addition to any planting scheme.

However, if you’ve got a dog it’s important to make sure that the plants you’re placing throughout your garden aren’t going to cause them any harm.

Some plants are highly toxic and can make dogs very sick. In some cases, they may even lead to a fatality.

But are hostas poisonous to dogs? Below, we’ll take an in-depth look at this and find out whether they are a suitable plant for your garden. We’ll also look at what you should do if you find that your dog has been eating any hostas that you’ve already planted.

Are hostas poisonous to dogs?

Let’s cut straight to the chase. Hostas are highly toxic to dogs so if your canine companion has eaten any of the hostas in your garden you’ll need to seek immediate medical attention.

The first, tell-tale signs of hosta poisoning are vomiting and diarrhea, so if you spot these symptoms take them straight to your veterinarian’s office.

It’s also important to note that every single part of a hosta is toxic to dogs. Unlike daffodils, for example, where the bulbs are the only poisonous part of the plant, the leaves, stems, flowers, and bulbs of a hosta are poisonous.

For these reasons, we would recommend avoiding planting hostas in your garden if you have a dog.

Likewise, if you’ve recently moved into a new home and there are hostas already planted, it’s best to dig them up and replace them with something dog-friendly.

What makes hostas poisonous to dogs?

The thing that makes every single part of a hosta poisonous is the saponin that runs throughout it.

This is often found in soaps, shower gels, shampoos, dish detergent, and loads of other soap-based cleaning products. In fact, the word ‘saponin’ is derived from the Greek word for soap.

Whenever saponin comes into contact with water, a foaming reaction occurs and this is what makes it so dangerous when ingested. Saponin will react with liquid in your dog’s stomach and create a thick foam that blocks and can even paralyze the intestinal tract.

Their body’s natural reaction is to try and expel the poison, which is why they may get a bad case of diarrhea or start vomiting excessively.

How do you identify a hosta?

If you’ve moved into a new home and you think there may be hostas planted in your garden, it’s worth digging them up to remove any chances of your dog eating them.

However, if you’ve never seen a hosta before and you’re not quite sure how to identify them, there are some characteristics that each variety has in common.

To begin with, they are perennial plants. This means that they’ll die down over winter and come back up in the spring. If it’s the middle of winter and you’ve got a plant that still has its leaves in your garden, it’s highly unlikely that it’s a hosta.

The majority of hostas have striped or variegated leaves, too. These can range in size and color, but most varieties have this in common.

They also have a long flower spike that will emerge from the base of the plant through the leaves. Again, colors can vary here, but they will most likely either be white, purple, or blue.

It’s always better to be safe than sorry as far as dogs and plants are concerned.

So, if you have any plants in your garden that you suspect are hostas, you should dig them up and either donate them to a friend or add them to your compost bin.

Will my dog be ok if they eat a hosta?

As with all poisonous plants, the level of toxicity in your dog’s body will ultimately depend on how much of a hosta they’ve eaten. Symptoms can range from a small case of vomiting and diarrhea if they’ve had a little nibble while eating an entire hosta could result in death.

Even if your dog has eaten a small amount of a hosta, it’s always best to seek out immediate medical attention. This is especially true for larger breeds of dogs as there is an increased risk of the saponin contained within a hosta creating an intestinal twist.

For the most part, if a dog has eaten as hosta and they have received medical care as soon as they start showing symptoms of poisoning, they will be ok.

Again, it’s not worth taking this for granted though. So, if you suspect they’ve eaten even a tiny amount of a hosta, take them straight to your veterinarian’s office.

Signs of hosta poisoning in dogs

As we’ve mentioned previously, the two biggest telltale signs of hosta poisoning are vomiting and diarrhea. 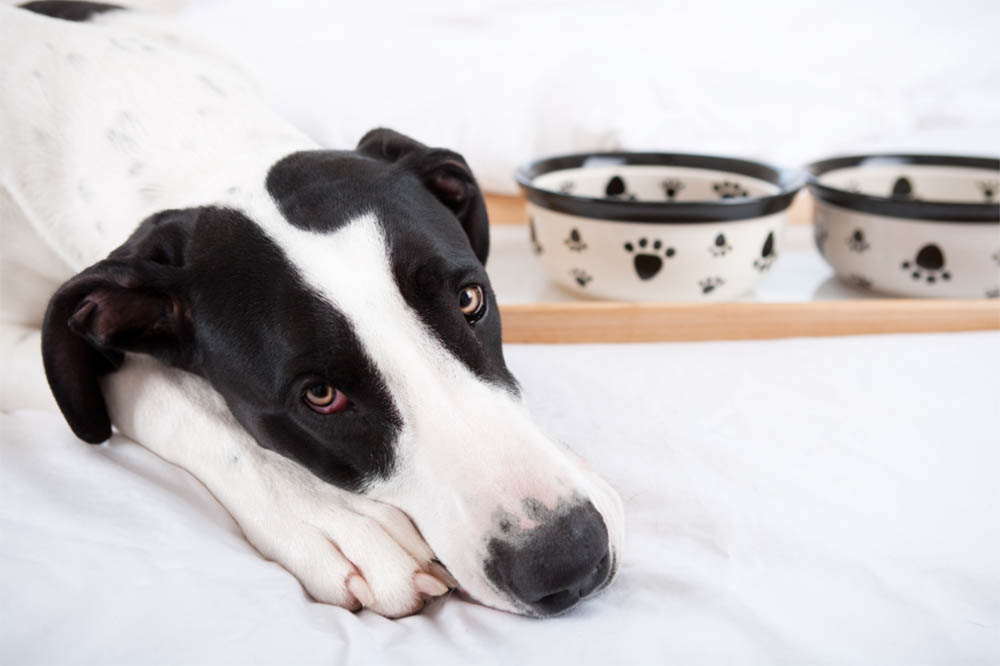 However, different breeds of dogs may produce different symptoms, so it’s worth keeping an eye out for any of the following as well:

If your dog is displaying any of these symptoms, or if they’re suffering from unexplained vomiting or diarrhea, you should seek immediate medical attention.

This is especially true if they’ve been playing unsupervised in your garden and you think they may have eaten a hosta.

What to do if your dog has eaten a hosta

If your dog has eaten any part of a hosta, the countdown to saponin poisoning will have begun.

Even if they’ve eaten a very small amount of it, they are at risk of developing some potentially life-threatening symptoms. So, take them straight to your veterinarian’s office for immediate treatment.

There are a few different ways that a vet may choose to treat hosta poisoning depending on the amount your dog has eaten and how much time has passed since they ingested the hosta.

Below, we’ll take a look at some of the most common treatments used for dogs that have eaten poisonous plants.

If your dog hasn’t already started vomiting, your vet may choose to perform a small procedure called ‘emesis’. This induces vomiting and helps to clear any of the saponin contained in your dog’s stomach.

Once your dog has been sick, your veterinarian will follow up by administering some activated charcoal. This absorbs any of the toxins from the saponin that vomiting didn’t clear and prevents it from entering your dog’s system.

To prevent your dog from suffering from dehydration, your vet may also inject your dog with IV (intravenous) fluids.

These promote kidney function, assist with urination, and help to restore any chemical imbalances created by the saponin. It also helps to make sure that your dog’s system maintains the correct level of electrolytes.

In some cases, IV fluids may be combined with an antihistamine to cure any allergic reaction that your dog may be suffering from as well.

If your dog has eaten a hosta, there’s a chance that there will be residual saponin in their mouth, eyes, nose, and coat.

In order to make sure that they don’t ingest any of this residual sap, your vet will usually also wash your dog and clean their eyes, mouth, nose, and anywhere else that residual saponin could be lurking.

If a lot of time has passed or your dog has eaten a large amount of a hosta, your veterinarian may decide that surgery is the best option.

This will be quite likely if the saponin poisoning has created an intestinal blockage or twist, as these are considered medical emergencies and, as such, will need to be treated straight away.

It’s quite likely that a vet will want to keep your dog overnight for observation following treatment for hosta poisoning. Even if their symptoms have disappeared and they seem to be back to their usual, playful self, there could be trace amounts of saponin in your dog’s system.

By keeping them in overnight, they’ll be able to administer a second treatment as soon as possible if necessary.

They may also want to monitor their bodily functions and take some bloodwork to make sure your dog is 100% healthy and their system is free of any saponin before they return home.

Other plants that contain saponin

By now you should be more than aware of the fact that hostas are poisonous to dogs, and that the reason behind their toxicity is the saponin that is contained in every single part of them.

However, there are some other plants that contain saponin which are equally as poisonous to dogs.

So, if you have any of the plants listed below in your garden it’s best to dig them up and get rid of them altogether. Likewise, you shouldn’t incorporate any into your current planting scheme.

Just like hostas, every single part of the plants listed above is poisonous to dogs. Therefore, none of them should be planted in a garden that is frequently used by a dog.

What plants aren’t toxic to dogs?

Some of the most popular non-toxic plants include:

Each of these will give you a garden full of beautiful flowers without any fear of your dog getting sick if they choose to explore them a little further!

To sum up, although hostas are a beautiful plant that can be used in almost any part of your garden (even those tricky, shady areas) they are highly toxic to dogs.

With this in mind, they should be avoided if you want your dog to remain safe when playing in your garden.