There’s a lot of misinformation, rumors, half-truths, and wide-eyed speculation about Parvo, what it can do to your dog and how to cure and treat it.

Most of it is based on hope and the need to be overwhelmingly positive in the face of seemingly staggering odds, but a simple online search or chat with either a veterinarian or anyone with any long-time experience with dogs will inevitably tell you exactly the same thing.

No matter what else you do, make sure your dog is vaccinated, and protected against the risk of catching, and succumbing to Parvo, or Canine Parvovirus. 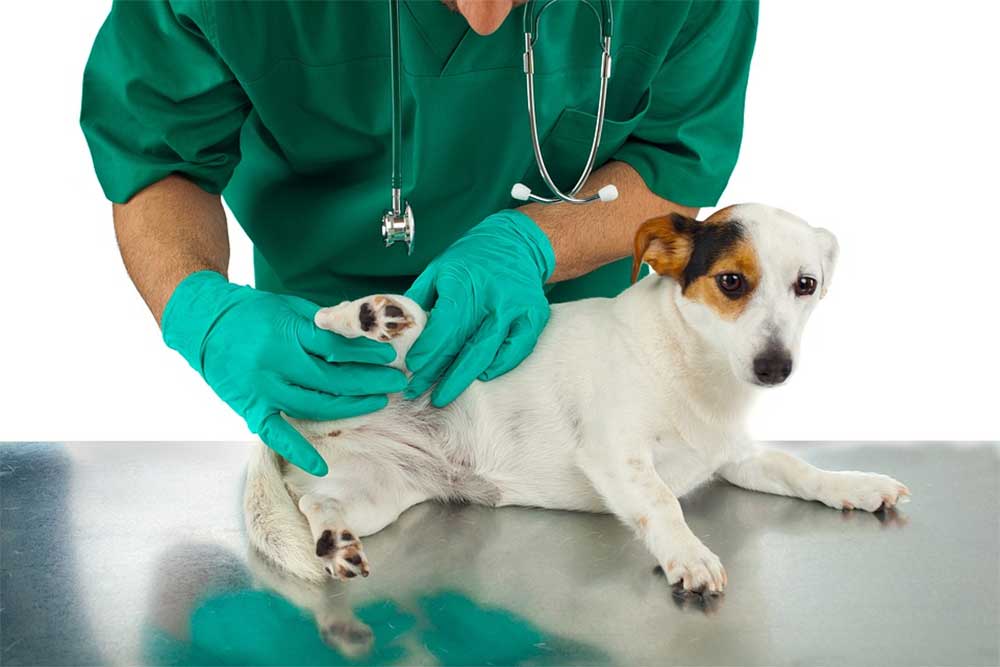 What Is Canine Parvovirus (Parvo)?

CPV (Canine Parvovirus) or Parvo as it’s more commonly known is a highly infectious disease that’s spread between dogs when they come into contact with the feces of another dog who has either fallen victim to or is a carrier of, the virus.

And as we’re all more than aware of how much dogs like to sniff each other’s butts and a whole lot more than that too, it’s easy to see how Parvo can ensnare an unsuspecting hound. Instinct is a powerful survival tool, but when Parvo becomes a very real threat, it can also be deadly.

We’re going to be blunt, and we’re not going to sugarcoat the facts. Even though Parvo is a  relatively new disease, having first appeared at the end of the nineteen seventies, it is, in the vast majority of dogs who catch it, fatal. If it’s left untreated, there’s a ninety-one percent chance that Parvo will kill any dog who catches it in less than fourteen days after they initially come into contact with the virus.

There are two variants of Parvo, CPV1, and CPV2 and as well as being the most common form of the virus, the latter is also the most deadly to both domesticated and wild canines. And it doesn’t stop there, as there are also two forms of CPV.

The first attacks a dog’s intestinal tract and prevents them from being able to absorb nutrients, leaves them severely dehydrated, and can often lead to sepsis, and ultimately death.

The second, and far less common form of CPV is a cardiac disease that mainly affects young puppies, and can cause a seemingly otherwise healthy puppy to suddenly die after suffering a short period of breathlessness.

As we’ve already told you, there is absolutely no way to sugarcoat the effects of Parvo, it is a brutal, unforgiving killer and it’s up to all of us to ensure that we protect our best friends from succumbing to it by any means necessary.

Parvo Symptoms – What To Look Out For

If your dog suddenly becomes far more lethargic than he usually is and appears to be losing weight at an alarming rate, that unusual combination of symptoms could be the first signs of CPV.

If he starts vomiting, loses his appetite, and also begins to suffer from diarrhea (and if there’s blood in it, that’s a pretty sure sign that he’s picked up Parvo), you should call your veterinarian as soon as possible. The earlier Parvo is diagnosed and treated, the more likely it is that your dog will survive and live to bound through the fields and play another day.

One of the most troubling aspects of Parvo is the severe dehydration that’s caused by the constant, and uncontrollable (if left untreated) diarrhea. It is that symptom that will make any veterinarian’s training kick in and as soon as you get your dog to the veterinarian’s office, and your dog is diagnosed with CPV they’ll almost certainly hospitalize him immediately and begin an intensive course of treatment.

Truthfully, there isn’t a magic pill or a bottle of marvelous medicine that a veterinarian can give your dog to cure him if he’s suffering from CPV.  There is no miraculous restorative that’ll suddenly make him better, and while numerous pharmacological companies are attempting to develop a definitive way to treat it, the best form of defense against Parvo is still vaccination.

However, if your dog does catch Parvo despite being vaccinated (which is a possibility given the variants of the disease and the way in which viruses can, and often do, mutate) against it, your vet will, as we’ve said, immediately hospitalize him and begin treatment. The program of treatment that most vets use to help a dog beat Parvo follows a similar path.

Fluids are administered intravenously to deal with and combat the dehydration caused by the severe diarrhea and vomiting that are part of CPV’s symptoms and your dog will be treated with broad-spectrum antibiotics (designed to halt and kill the virus) and antiemetic (which will prevent vomiting and nausea) injections.

As soon as a dog can manage to keep fluids down without vomiting, the intravenous fluid infusion will stop and the hospital staff will slowly begin to reintroduce soft, bland food to his diet.

After a couple of days of being closely monitored and when they’re satisfied with his progress, your veterinarian will most likely discharge your dog and present you with a home care program to aid his long-term recovery.

There are other, slightly less conventional treatments that some vets have started using that have yielded increasingly positive results and have been an effective method for helping to cure Parvo.

The first of these is a direct blood plasma transfusion from a dog who has already suffered and recovered from Parvo. The idea is that the antibodies in the donor dog’s blood will be transferred to the sick dog and help them to fight, and beat the virus, and it has been surprisingly effective.

The other slightly less conventional method of treating Parvo that some veterinarians have started using involves the use of Tamiflu, the antiviral medication used to combat Influenza in humans.

So far, it seems to reduce the severity of the virus’ symptoms and the amount of hospitalization time that a dog requires, and like the plasma transfusions, seem to be an effective way to minimize the amount of other treatment that a dog needs to help him conquer the devastating effects of Parvo.

How To Treat Parvo At Home

Now that you know a little more about Parvo, you’re probably asking yourself why you’d even think about attempting to treat your best friend at home when the best place for him is obviously in a veterinary hospital where he’ll receive the best round the clock care.

And, while we’d agree with you, there are a few reasons why someone (yourself included) might choose to treat their dog at home rather than let a veterinarian hospitalize them.

It’s a horrible disease and the thought of leaving your boy with strangers when he almost certainly needs you the most can be overwhelming and upsetting and act as a catalyst for you wanting to provide the care that he needs.

The other, more practical reason is the cost of veterinary care and hospitalization for Parvo. Are you sitting down? You might need to before we tell you how much it costs for your vet to treat you boy. The average veterinary treatment bill for Parvo is between three and six thousand dollars, depending on the length of time that your boy spends in hospital.

So how can you treat and cure Parvo at home without a vet? The simple truth is, you can’t. You can treat your boy at home, but you’ll need to get the medicines, fluids, and specially formulated diet you need to treat him effectively from your vet, who will design and create a thorough treatment regime for you to follow.

The treatment program will also include formulated food that’s designed to help your boy get back on his feet again when he starts to feel better. Even though most veterinarians will put together a program that you’ll need to follow to the letter, they’ll almost certainly advise you that in-house facility care is the best option, as treating your boy for Parvo can be incredibly upsetting and emotionally draining.

While it is possible to treat your best friend for Parvo at home, it isn’t something that any veterinarian would recommend that you do. And we wouldn’t either.

The best way to treat your boy if he does catch CPV is by letting your vet do it for you and by making sure that your dog is fully insured and has been vaccinated against the virus.  It might not be the cheapest way to do it, but you can’t put a price on your best friend’s life.