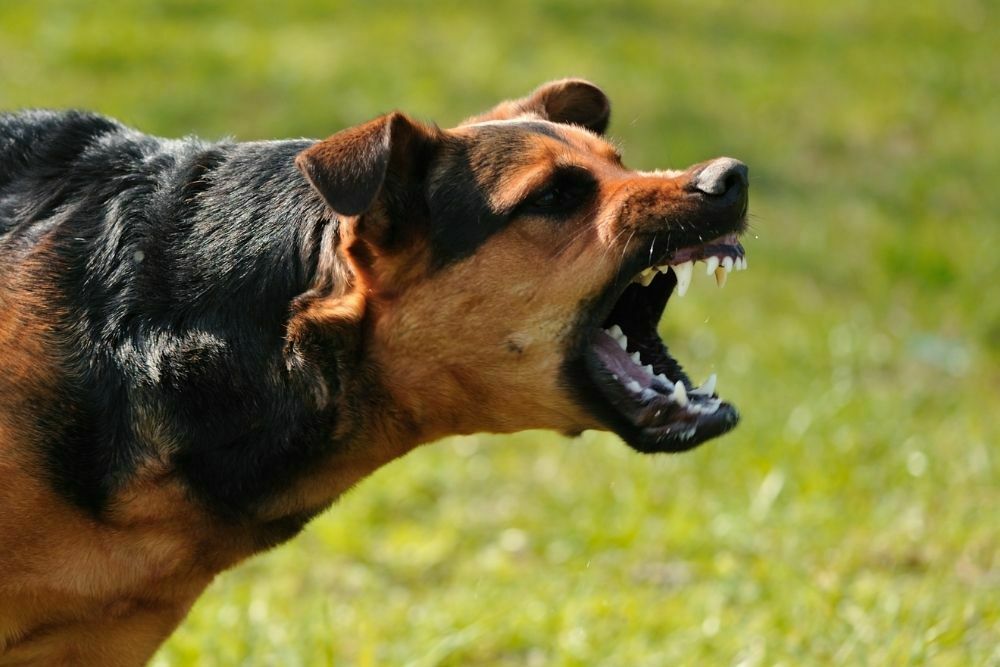 Yes. Some dogs do have the ability to kill a human, and some have. But the best way to prevent attacks by these dogs from happening is to always ensure that dogs are kept in a secure yard, inside a house, or on a strong leash. Unfortunately, not every dog owner does this, which increases the likelihood of a fatal attack taking place.

While these instances are extremely rare, they do still occur. For example, in May 2021, A baby was fatally mauled by the family’s dog in Connecticut. This baby was just a couple of months old and was attacked when it was in a family members’ arms. Unfortunately, the baby sustained multiple traumatic injuries and ultimately died as a result of them.

But it’s not only infants that some dogs have the capability of killing. Back in 2020, an Oklahoma man was mauled and killed by three dogs after breaking into a home in Tulsa. It’s believed that the dogs attacked the man to protect their sleeping owner upstairs.

From 2005 to 2019, dogs killed 521 Americans, an average of 37 per year, and two-thirds of the fatal attacks involved pit bulls, according to DogsBite.org, a nonprofit group that tracks dog bites and aims to prevent dog attacks. The American Veterinary Medical Association, however, says any dog can bite and it’s not a dog’s breed that determines whether it will bite.

According to the Canine Journal, there’s a 1 in 112,400 chance of dying from a dog bite or attack. However, by making a few small changes, you can lower these chances even further.

For example, if you’re concerned about your own dog becoming aggressive, you should get them neutered. Unneutered male dogs are 2.6 times more likely to bite than neutered male dogs, according to US dog bite data. A dog’s heredity, sex, and reproductive state are all important factors to take into account when determining whether or not the dog has the capacity to be violent.

Most dog bites result in minimal or no injuries at all. Research statistics also show that the majority of injuries are minor and don’t even require a trip to the ER.

What dogs can kill humans?

When looking at dog bite statistics, there are a few things to bear in mind. Any dog has the potential to bite. The way a dog is trained determines whether it would be aggressive, hostile, or reactive.

All breeds of dogs can be trained and socialized to be safe in the presence of strangers and children. A dog’s ability to fight or protect its family can be both untrained or trained.

This increases the dog’s likelihood of misbehaving or biting someone it sees as a threat. Unfortunately, certain breeds are more frequently bred to be violent or protective than others. Some of these include:

These dogs are usually completely harmless and make for a loving and loyal pet, just like any other dog. Pit Bulls typically only attack a human if they feel like they’re in danger, or to protect their owner.

These dogs should always be trained appropriately and always treated with respect. You shouldn’t approach a Staffordshire bull terrier that you do not know.

To remain comfortable and happy, these dogs require a lot of activity and stimulation. They may bite humans who move too close to them. This is most likely to occur if they’re bored, terrified, or otherwise inattentive.

While their bark is usually worse than their bite, if they feel threatened or that their family is in danger, they can attack a human. However, the majority of rottweilers are well-behaved and sociable.

German Shepherds are large, powerful dogs that aren’t typically violent. They do, however, have a powerful bite that can seriously damage humans. These dogs, like most other huge, powerful breeds, will not hesitate to bite someone in self-defense.

A badly taught and exercised German Shepherd may feel terrified and resort to biting as a coping mechanism if it feels threatened.

Since their beginnings, Terriers have been employed to hunt mice and other vermin. They’re working dogs, so they expect to be able to perform things on a daily basis.

Their natural impulse is to bite down on their prey and stop them in their tracks. While a terrier attack is unlikely to kill a human, their bites can be fatal when inflicted on children.

What dog has killed the most humans?

According to Canine Journal, an organization that compiles and analyzes all of the dog bite attacks in the country, Pit bulls account for a staggering 65% of the overall dog-related deaths.

Coming in second place is the rottweiler. When the numbers for both dogs are added together, they represent 76 percent of all fatal dog attacks. These figures may appear startling, but they could be revealing.

Rather than suggesting that Pitbulls bite more, one may argue that they strike harder. A bite from a smaller dog, on the other hand, may not be lethal.

What dog is most likely to turn on its owner?

This question is impossible to answer— dogs are extremely unlikely to turn on their owner if they trust them. And once you’ve gained the trust of your dog, it will do anything to protect you.

The best way to secure your dog’s safety is to devote significant time and effort to win that dog’s trust. Dogs are magnificent creatures. Never underestimate them.

Before biting, dogs will usually show several signs of anxiety. They may lick their lips, adopt a low posture, put their ears back, and potentially have their tail under their legs.

Children may be unable to read those signals – and many even think a dog baring its teeth is smiling. So it’s important to be mindful of this if children your dog isn’t familiar with are around.