As humans, we have a much busier schedule than Boston Terriers, so there will be moments where you need to leave your dog alone. In those instances, it should be fine to leave them alone for a few hours at a time.

Every individual dog has a slightly different temperament that may change how they respond to being alone. That said, it’s not the most thrilling experience for most pets who love their owners, but at least they can look forward to a heartfelt reunion a few hours later. You shouldn’t leave your Boston Terrier alone for more than twelve hours under any circumstances. It’s much better to leave them with a familiar face than leave them alone.

Boston Terriers can be left for as much as four or six hours during a single day, assuming they have no urgent care needs that will shorten that time. The key to leaving your dog for extended periods is to keep them distracted with plenty of things to do. For example, make sure they have a lot of toys around. They also need a lot of food and water to keep them fed, somewhere to go potty, and a bed where they can doze the day away. 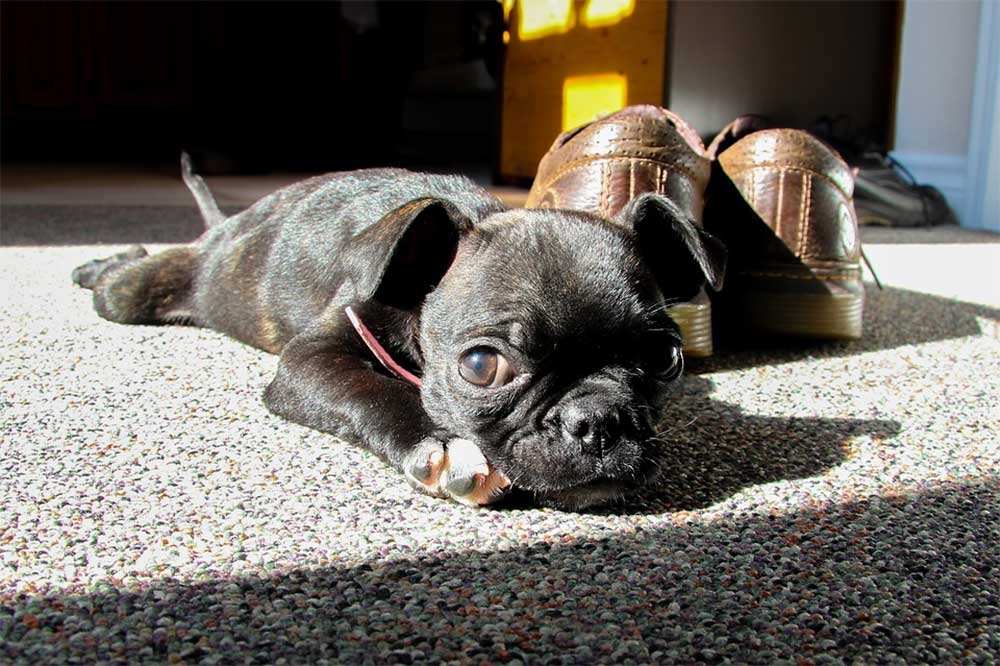 Do Boston Terriers Get Depressed?

Sadly, dogs can exhibit a variety of behaviors that experts have diagnosed as the canine equivalent of depression. Like any dog, Boston Terriers can exhibit these signs and you should keep an eye out for them when taking care of your pet.

Look out for the following telltale signs of canine depression:

Do Boston Terriers Have Anxiety?

When dogs and anxiety are mentioned together, it usually involves separation anxiety. This is where your dog is suffering from loneliness when you’re not around, giving them anxious tendencies. It happens in two stages, the first when you leave your home and the second when you return.

First, pay attention when you’re preparing to go. Your Boston Terrier may be anxious and following you around the house. They may even sulk, bark at you, or guard the door to try and stop your attempts at leaving.

When you return home, they may have trashed things or made a point of peeing or pooping where they shouldn’t. They might have even gnawed on things or, at worst, themselves. If they’re contained within an area, they will try to escape it. When you arrive at the door, they will be very excited to see you, disproportionately so.

Developing predictable routines can reduce anxiety with your dog. If they have a schedule, they’ll be more comfortable when you leave. They should also have a sanctuary where your dog can chill when you’re not around. Keep it stocked with blankets they can hide in. Music or the radio can calm them down too if it’s left on throughout the day. TV is another great option.

A more hands-on approach is to walk your dog before you leave. The companionship and exercise can go a long way in calming your furry friend down. 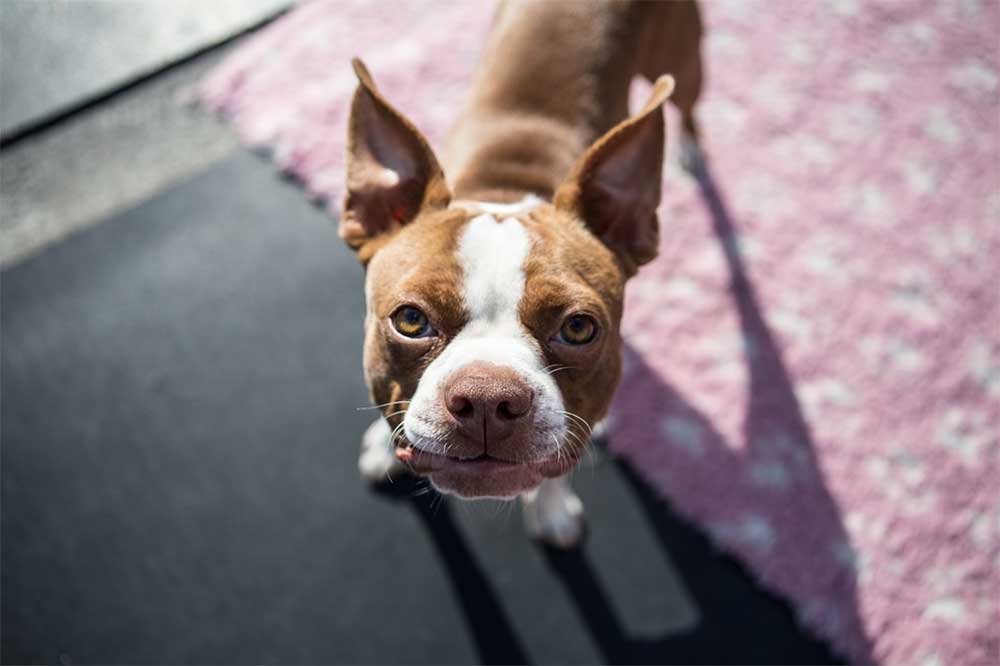 While we love to humanize dogs and attribute emotions to them, our canine friends can’t perform some of the emotional cues that we can. For most dogs, Boston Terriers included, they can express dissatisfaction or fright in a short whimper that we have widely called crying. Can Boston Terriers do that? Yes, they can.

They cannot cry in the same way that human beings do, however. They shouldn’t be shedding tears from their eyes. If there is leakage from the dog’s eyes then they may have a health issue that’s causing this. Boston Terriers are especially susceptible to eye issues so this is something to look out for.

Leakage from the eyes could be conjunctivitis, glaucoma, cataracts, the formation of cherry eyes, or cornea issues like dystrophy for ulcerations. Take your Boston Terrier to the veterinarian if you think they have any of these issues. They can diagnose your pet’s eye problems and provide treatments that should have your dog’s eyes comfortable in no time.

Do Boston Terriers Have Separation Anxiety?

See our section on general Boston Terrier anxiety for more information on how they develop separation anxiety and how you should mitigate it.