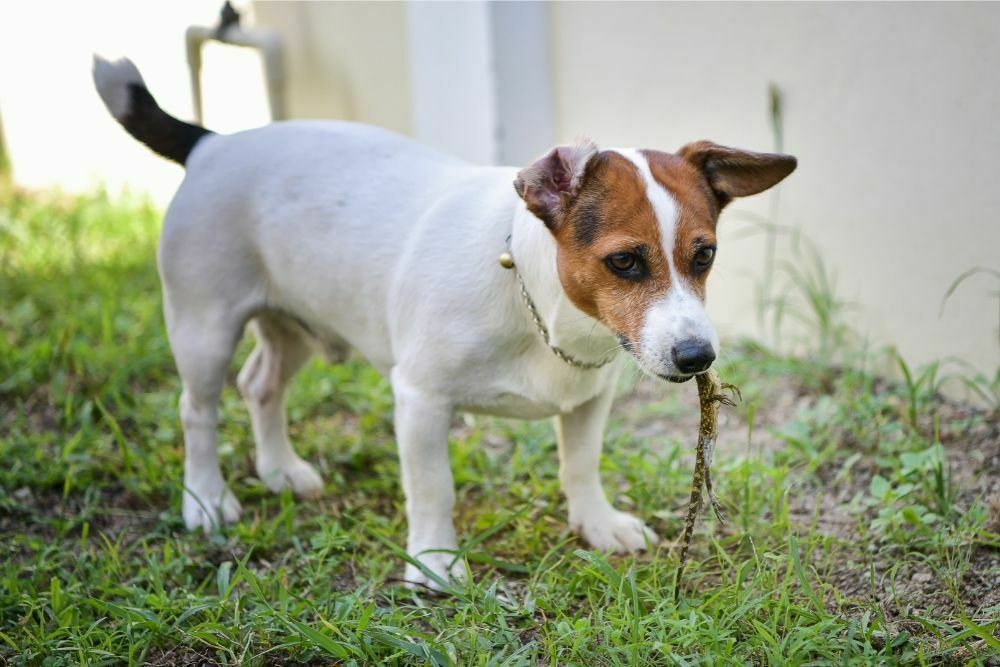 Cats are known for their curiosity but dogs…well, dogs will eat almost anything they come across! If your dog is especially curious and adventurous, you might notice that it likes to wander off and come back, having eaten a plant or some poop or even a small animal!

Usually, there shouldn’t be anything extremely dangerous around to put your dog at risk, but it’s always important to keep a close eye on your pet to ensure that they aren’t eating anything harmful!

If your dog has a high prey drive, then small skittering animals will definitely draw attention, and your dog might instinctively want to chase after them, catch them, and eat them. Skinks are small lizards that burrow and hide and then skitter around when in danger, and they can be found in different places including the United States.

So if your dog likes a bit of a challenge, or something new, it might try going after and even eating a skink or two! But is it okay for your dog to eat a skink? Or is the skink going to be poisonous to your dog?

As a general rule you should always avoid your dog eating anything you’re unsure about, but let’s look at skinks in more detail and determine if they’re poisonous to dogs or not.

Let’s start by taking a closer look at skinks since you might have never heard about them before.

Skinks are small lizards that belong to the Scincidae family of lizards, and they can mainly be found in the United States, Canada, Australia, and New Zealand. They have short legs and a long tail, although they can shed their tail if it is grabbed by a predator.

They spend most of their time underground and are known for digging and burrowing, which is why they can be so appealing to dogs with a prey drive and for certain dog breeds that were originally bred to chase after burrowing animals.

Okay, so what happens if your dog chases after a skink? And can you dog eat it or is that like a big no?

Well, skinks aren’t really dangerous towards dogs. If your dog spots one and chases, the skink will most likely just run away as fast as it can, so that it can get away.

Also, your dog will likely go after the skink’s tail, and as we have already mentioned, a skink can shed the tail if caught by a predator! So it could be that your dog just ends up eating a skink tail.

If the skink, for some reason, does turn around to fight the dog, there shouldn’t be much to worry about. Skinks don’t have a strong bite in the slightest, so they are very unlikely to cause any significant harm to your dog. Plus, skinks aren’t venomous in any way, so they’re safe for your dog to interact with!

However, what happens if your dog eats the skink? Is it poisonous or toxic to eat? Let’s go over that question! 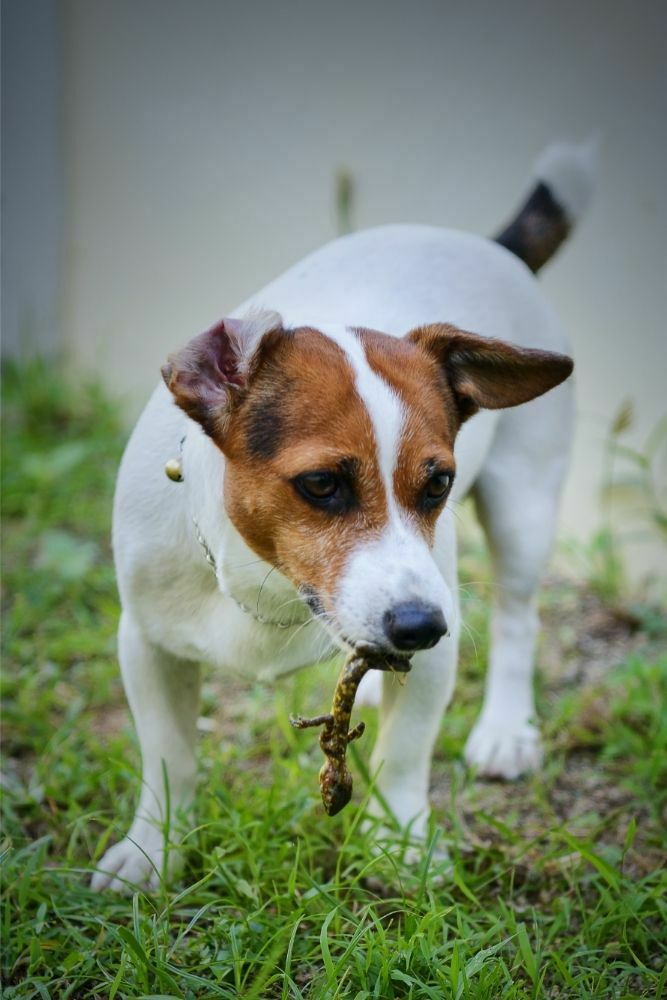 Are skinks poisonous to dogs?

Let’s say your dog has managed to catch a skink, and it has eaten the skink. Will it be poisonous or toxic? Will eating the skink be harmful to your dog or cause any health issues?

Well, there is no official scientific knowledge of skinks being poisonous to dogs in any way. So in theory, your dog should be fine if it eats a skink, and it won’t be poisonous or toxic in any way.

That being said, just because something isn’t poisonous, doesn’t mean that it won’t make you ill or affect you negatively. Some reptile animals, including skink lizards, could be carrying a number of diseases or bacteria, and could also carry parasites or salmonella. And that will definitely negatively impact your dog!

The most common consequence of a dog eating a skink lizard is getting salmonella poisoning, and this is because the skink had salmonella and passed it on to your dog.
Some of the most common symptoms of salmonella to watch out for are the following:

If you notice these symptoms after your dog has eaten a skink, it’s best that you go to the vet and get a suitable form of treatment.

What do I do if my dog eats a skink?

Even though skinks aren’t poisonous to dogs, you should try your best to avoid your dog from ever eating one, as it’s not exactly part of a healthy dog diet. But what if your dog has already eaten a skink? What should you do?

Chances are, your dog will vomit up the skink soon after eating it, as its stomach will instantly reject it. But if the skink goes down and your dog fully ingests it, then you should 100% keep a close eye on your dog for the next 24 hours, monitoring any changes in behavior or any symptoms of illness or an upset stomach.

You should also encourage your dog to drink plenty of water and to poop the skink out as soon as possible! But don’t worry, your dog will not die from eating skink, and if it does end up feeling unwell it should be fairly easy to treat!

Can my dog eat skink poop?

Dogs will often chase after small animals, to try and eat them, but dogs will also very often sniff and then eat the poop of other animals. Pretty disgusting, we know, but it happens and it’s pretty standard dog behavior.

But what happens if your dog eats skink poop? Is that going to be bad for your dog? Could your dog get ill?

As a general rule, your dog should be completely fine, and at the most will end up with an upset stomach for the following 24 hours.

However, you should avoid your dog eating skink poop if possible, as it could carry harmful bacteria or salmonella, which will be worse than a simple upset stomach. So keep your dog away from both skinks and skink poop!

Are skinks in the United States poisonous to dogs?

Skink lizards can be found in a few different countries, including the United States, and there are many different species of skinks. But don’t worry, no skinks are poisonous to dogs, and that includes all of the skinks that are found within the United States!

But just so that you’re aware and keep your eyes open, skinks can be found in 47 different states within the United States, so they’re pretty common! Alabama, Florida, and Texas, in particular, actually have several different variations of skink lizards too!

Worst case scenario, the skink your dog encounters will carry bacteria or salmonella, so just in case it’s best to avoid them.

So just to sum it all up, dogs will often chase after skink lizards and try to eat them, as they’re small burrowing lizards with a long and appealing tail. However, skinks are not poisonous in any way, and should therefore not cause harm to your dog!

Nevertheless, they can sometimes carry bacteria and salmonella, so it’s best to avoid them so that you don’t have to deal with the consequences of that.