When you are about to sit down and eat your dinner, you might notice your dog giving you the puppy dog eyes, hoping for a delicious treat. Sometimes, this look can be too hard to resist, and you might cave and give them a little bite of what you are eating. 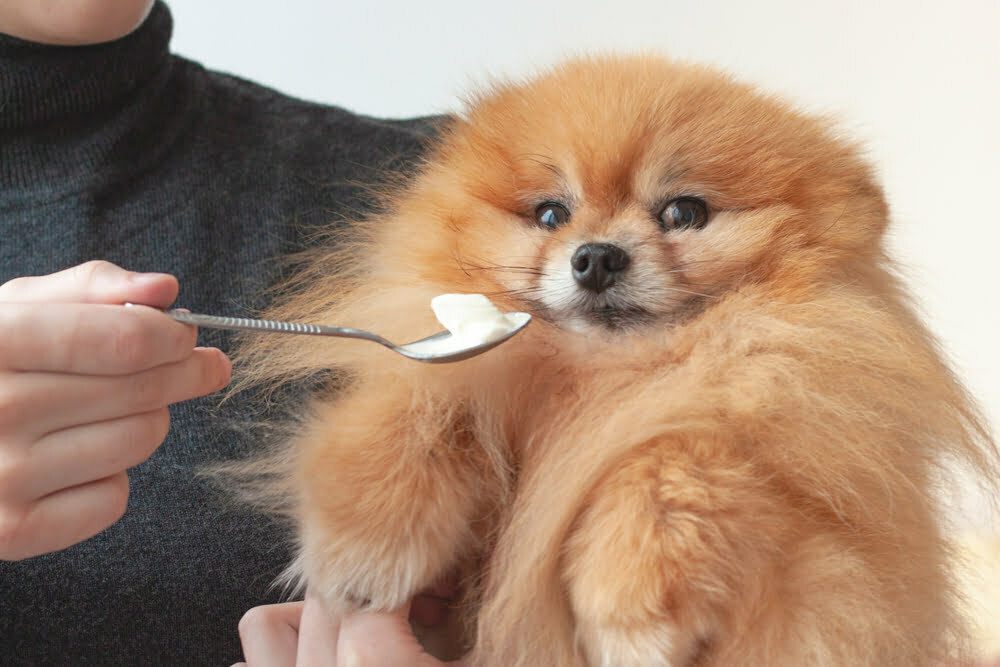 However, what if you have sour cream on your dinner? It is always important to do your research before you give your dog anything other than their normal food, but is sour cream one of the things that they can try?

Yes, in theory, dogs can eat sour cream, and it is safe for them to eat. Sour cream is non-toxic for canines and it won’t cause any problems in healthy dogs.

However, just like most human foods that you would give to your dog, it should only be given in moderation. Giving them too much or introducing it to them too quickly can lead to an upset stomach, vomiting, and diarrhea.

Can All Dogs Eat Sour Cream?

No, while most healthy dogs will be fine after eating sour cream, dogs that are lactose intolerant should not eat it. This is actually a food sensitivity that is quite common for dogs to experience, especially as they transition from puppyhood to adulthood.

Sour cream is a dairy product that is made with lactose. This means that if you were to feed sour scream to your lactose intolerant dog, then it will likely make them sick. Your dog can become gassy, vomit, and experience diarrhea.

You should also avoid giving your dog things like sour cream if they are overweight. This is because it is high in calories and super high in fat.

Sour cream can easily contribute to overfeeding and cause your dog to gain weight. Obese dogs should especially be kept away from this luxury, no matter how cute they look.

Are There Any Benefits Of Sour Cream For Dogs?

Just like many other dairy products, sour cream contains calcium, and as you may already know, calcium is something that can help to keep bones and teeth strong. This also applies to your dog. Unfortunately, sour cream is not the best source of calcium, as each serving has just 13 grams of calcium.

Although, as well as calcium, sour cream also contains trace amounts of other vitamins and minerals. This includes vitamin A, iron, sodium, and phosphorus. These vitamins and minerals are only present in small amounts though, so they are not going to provide your dog with any major benefits. 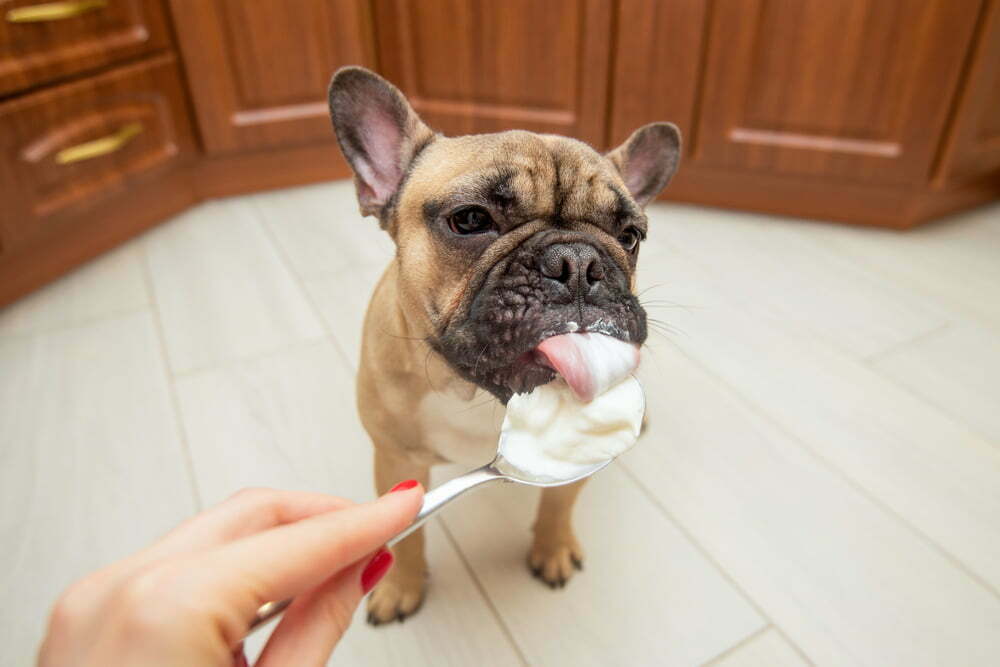 What Do I Do If My Dog Eats Sour Cream?

If your dog has managed to get hold of some sour cream, then the first thing that you should do is assess the situation. Consider how much of it they had to eat, what else they ate, and if they are experiencing any negative symptoms.

You should keep an eye out for any signs of indigestion, and be sure to contact your vet if you notice that your dog is sick, lethargic, unresponsive, or unable to keep anything down. It is more than likely that they will experience some gas and diarrhea and be fine when this passes.

What Is Bad About Feeding Your Dog Sour Cream?

Something that we should make very clear is that sour cream is something that you should only ever give to your dog on occasion and in moderation. Giving them too much sour cream can lead to weight gain, making it much easier for your dog to gain weight.

The two major issues with sour cream are the high fat and calorie content, which we will explain below.

A small serving of sour cream is usually around 2 tablespoons of the product, and this contains a total of between 60 and 90 calories. This means that by eating just a few bites of sour cream, your dog can easily consume several hundred calories.

Even though the high calories content of sour cream is a big concern, they are not the only concern. The other problem with feeding your dog sour cream is that this food is also full of fat. As well as this, most of this fat is in the form of saturated fat.

There is also almost no protein in sour cream, so it isn’t really providing them with anything that they need, or at least not in an amount that is high enough to be making a real difference.

Alternatives To Sour Cream For Dogs

Now that you know that sour cream probably isn’t the most beneficial treat to give your dog, you might be interested to find out about some alternative foods that you could give them instead.

If you are determined to give them sour cream, then you should give them a light version, rather than a full fat version, as it will be lower in both fat and calories, making it a healthier choice. Lite sour creams also have more protein in them than the regular versions.

Something else that you could give your dog instead of sour cream is plain yogurt, which is full of probiotics that can aid their digestive system. Yogurt is also much higher in protein than sour cream is.This means that you can boost your dog’s nutrition while providing them with a tasty treat.

link to Are Bearded Dragons Affectionate?

As bearded dragons are not as fluffy or as cuddly as cats or dogs, how are they affectionate? With cats and dogs, they show affection by licking our faces and cuddling up to us on the couch, but how...