We know exactly what you’re thinking. Spam is, putting the brand name aside for a moment, essentially just meat and as dogs are carnivores and as carnivores are biologically predisposed to a meat-based diet, then the obvious answer to the question is unequivocally yes, dogs can eat Spam. Of course, they can. Dogs eat meat, Spam is meat, therefore a dog can eat Spam. 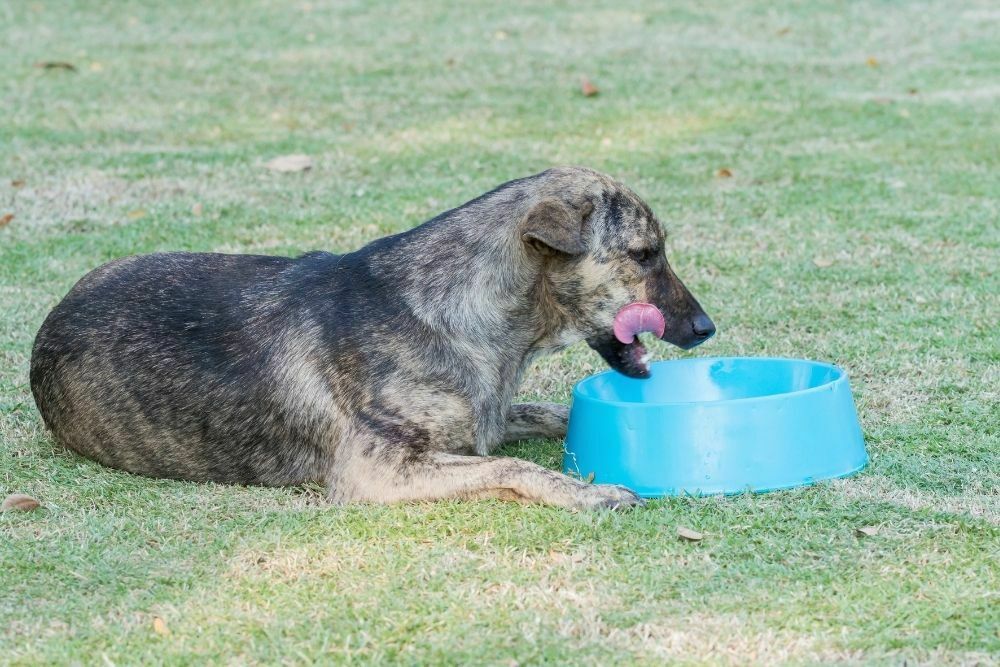 And when the question is phrased slightly differently and asked in that context, then the answer also changes. No, under no circumstances should dogs ever Spam. 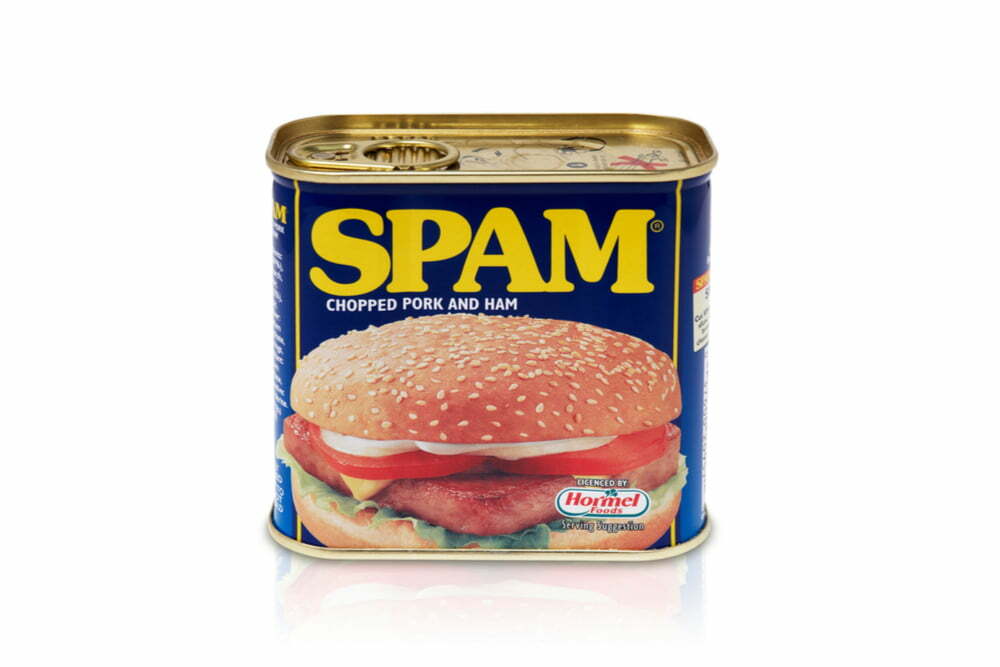 Like us, you’ve probably never spent too much time thinking about Spam. Unless you’re from Hawaii, where it’s a national delicacy, and it’s served six million different ways from Sunday, each and every single one of which is delicious. Spam is just one of those things that always seems to have been there, but it’s actually less than a hundred years old and was originally introduced to the American dietary lexicon in 1937 by Hormel.

It became popular during wartime, especially among the troops stationed in Hawaii, where (as we’ve already mentioned) it took off like a rocket, and it’s been with us ever since, and in all likelihood, it’ll be with us until the end of recorded human history.

The Spam And Dog Problem

Again, we know that you’re probably reading this trying to figure out why you shouldn’t feed meat to a carnivore whose species has thrived for hundreds of thousands of years thanks to their devotion to protein.

Logically, the idea that dogs shouldn’t eat Spam doesn’t make any sense. At least, it doesn’t until you look at the list of ingredients on the tin, and then, just like it did with us when we read them, a light switch will get flicked on somewhere inside your brain, and it will make sense.

It isn’t the meat in Spam that is dangerous to dogs, it’s all of the other things that make it possible for it to go from the slaughterhouse floor into the tin and be stored on the shelves of grocery stores and in your larder and kitchen cabinets for years, that make Spam a threat to a dogs health and wellbeing.

Why You Shouldn’t Feed Spam To Your Dog

You’ve seen the list on the side of the tin, and so you know that Spam has a straightforward (as far as canned goods are concerned) and small list of ingredients. There are usually six things listed on the tin; out of those six ingredients, four are potentially dangerous to your dog.

And so you know which is which and the threat that it poses, we’re going to look at all of them and tell you exactly why your dog will be far healthier if he’s just fed a couple of treats every now and then instead of being give a couple of slices of Spam whenever you open a tin.

Sodium, or salt as it’s more commonly known, is a natural preservative, and it’s used to guarantee the long shelf life of Spam, which can be anywhere up to half a decade from the time that it’s tinned. To ensure that the meat stays “fresh” and edible, it’s drenched in sodium, and each can of Spam contains almost five thousand micrograms of salt, which, as you’ve probably already guessed, is slightly problematic.

Granted, a dog would have to eat a lot of Spam to be poisoned by it, but you know how much your dog loves Spam, you’ve seen how crazy he is about it. And knowing that, it isn’t beyond the realm of possibility that he could eat that much if it, is it?

Fat in small quantities is actually good for dogs, but the level of fat in each can of Spam (thirty grams of unsaturated fat and sixty grams of fat) goes way beyond what’s good for your dog.

In those kinds of quantities, fat can be a root cause of obesity and pancreatitis in dogs, both of which can considerably shorten their lifespans and directly threaten their long-term health and overall wellbeing.

If you see the word “preservative” on an ingredient list, there’s a good chance that nitrates are what it’s referring to. Like sodium, nitrates are an effective and efficient long-life preservative, but unfortunately, they can also wreak havoc on the canine digestive system, which can cause stomach upsets, nausea, vomiting, and diarrhea. And guess who’ll be left to clean all of it up if your dog goes overboard with a Spam tin? That’s right, you.

All The Flavors, All The Fun

The problem with people is that we’re always looking for something new to try, which is probably why there are so many different flavors of Spam, as Hormel has just been trying to keep pace with the modern palette.

Those flavors and the extra ingredients used to create them are also dangerous to dogs. They like them just as much as we do, but they don’t deal with them (especially garlic and onion powder, which are toxic to canines) anywhere near as well as we do. The flavorings? They’re a big tick in the box that’s right at the top of the “The Things My Dog Can’t Eat” list.

The Final Word On Dogs And Spam

Can your dog eat Spam? Yes, he can, but there is absolutely no way that he should ever be allowed to even come within five feet of the delicious tinned meat. It may seem cruel, but trust us, it’s for his own good.