Tyler Perry’s philosophy about starting the day the right way with a good breakfast is one that we readily and wholeheartedly subscribe to and believe in too. It isn’t just us that subscribe to the theory that breakfast is the most important meal of the day either, our dogs do as well.

And we’d be willing to wager that your dogs feel the same way about the first meal of the day as ours do, and they’re infinitely more interested in the morning meal when they see you placing a couple of pans on the stove or firing up the griddle.

Why? Because they know. They know that A leads to B and then to C and that when the pans and the griddle begin to heat up, it means the bacon and sausage patties won’t be far behind. 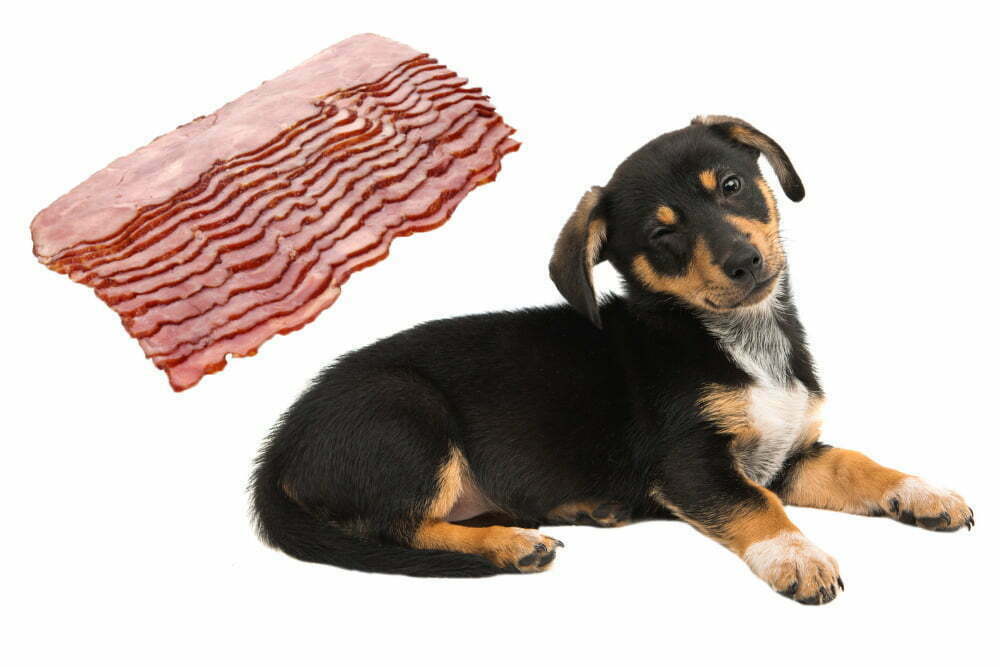 If you’re sitting at the table eating, then your dog is going to be there too, patiently staring up at you, waiting for you to share whatever is on your plate with him.

Every dog owner has been there, and like every other dog owner, you’ve probably given in a few more times than you should and offered your dog a little bit of what he fancies, especially during breakfast when the majority of what he fancies is what you’re eating.

But, just because you have shared your first meal of the day with your best pal on more than one occasion, it doesn’t mean that you were right to do so.

Can your dog eat sausage links, bacon, and even turkey bacon, and if he can, are they good for him, or are they all prominent fixtures on the list of foods that no dog should ever eat under any circumstances?

Can Your Dog Eat Turkey Bacon And What Is It?

The good news is that just like bacon, your dog can eat turkey bacon, and the better news is that it is healthier for your dog than the everyday variety, which means that it’s all looking good so far.

Or at least it would be if it wasn’t for the inconvenient snippet of bad news that we mentioned earlier, which we’ll get to in a minute.

Before we do, though, we should talk about turkey bacon. Unlike pork bacon taken directly from a pig’s belly, turkey bacon is a combination of the Thanksgiving bird’s dark and white meat, which is then compressed and pressed into bacon strips.

It’s leaner, contains less fat and salt than traditional bacon, and tastes just as good depending on who you believe. Don’t ask us to get involved in that discussion though, as that’s one conversation that we don’t want, and don’t need, to have with anyone.

Dogs And Turkey Bacon – Is It Good Or Bad For Them?

The upside of having turkey bacon for breakfast instead of pork bacon is that, as we’ve already said, it contains less fat and salt than pork bacon does. This means it’s a healthier option than pork bacon is, but as far as bacon is concerned, you need to take the word “healthier” with a pinch of salt.

On paper, turkey bacon should be nutritious and healthy for your dog, as it is, after all, a protein, and canines thrive on proteins.

And that’s true, but because of how turkey bacon is made and cooked, all the good things it should do for a dog are balanced out by its previously mentioned fat and sodium content.

Both can contribute to canine obesity, which can dramatically shorten your dog’s life, pancreatitis, another potentially life-threatening condition linked to high-fat food consumption, and dehydration, which can lead to kidney disease and liver problems. 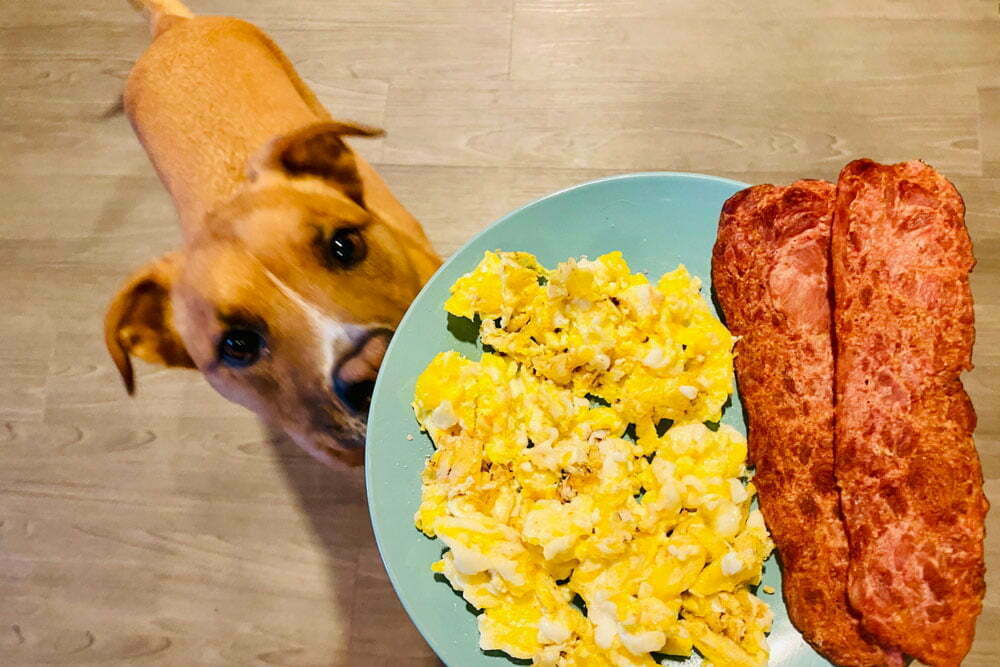 After making it to this point, you’re probably thinking that you’re never going to feed turkey bacon to your dog again, and honestly, we wouldn’t blame you for coming to a conclusion, but there is a little light at the end of the tunnel.

However, before marching toward it, we need to discuss the big turkey bacon canine no-no. And that’s feeding it to your dog if it hasn’t been cooked.

It’s okay for your dog to eat some raw fish and some raw meat, but bacon and turkey bacon aren’t on that list. If you feed your dog raw bacon, regardless of the animal it came from, there’s a good chance that it will make your boy very poor.

And when we say very poorly, we mean knocking at death’s door ill, as he could end up suffering from salmonella poisoning and a whole host of other nasty illnesses that have been directly linked to the consumption of raw bacon and turkey bacon.

The Light At The End Of The Turkey Bacon Tunnel

The truth is, your dog can eat turkey bacon, and not only can he eat it, if and when he does, it might also just become one of his favorite things in the world.

And despite the picture of doom and gloom that we’ve just painted, you don’t have to deny your boy his bacon-based joy. The key to giving your dog turkey bacon is all about moderation.