I love spicy food, love it. But wasabi is just painful – Devon Werkheiser

Devon Werkheiser summed up wasabi better than we ever could ever have hoped to. Even the most dedicated chili hounds and hot sauce fanatics give wasabi a wide berth whenever they think that they’re going to come into contact with it.

A couple of our buddies who we were in college with after they’d had a few beers used to play a game that was basically about them challenging each other to eat wasabi, and seeing which of them could eat the most of it. It never ended well. 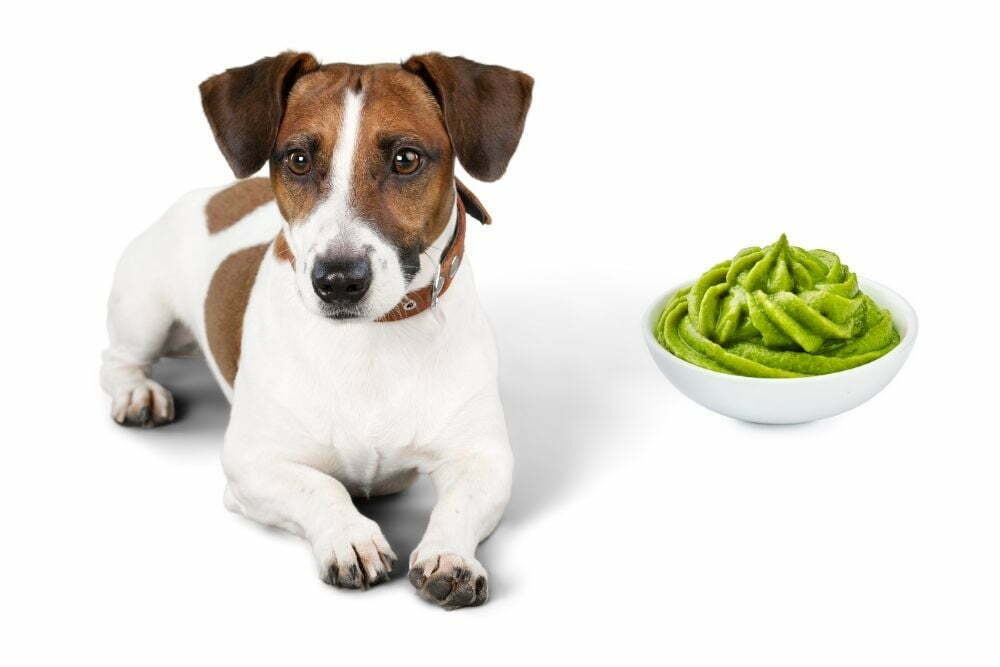 While the antics of our juvenile college friends have very little bearing on whether or not a dog can eat wasabi, it does go some way to illustrate how careful humans have to be around it, which should paint a picture of how spicy and hot wasabi is.

And if we didn’t know how much our dog loves chili, we’d probably have dismissed the question out of hand, but given how much our boy adores hot food, it made us think that maybe, just maybe he might enjoy eating a little wasabi if it was mixed in with something else. So, can dogs eat wasabi? Let’s find out, shall we? 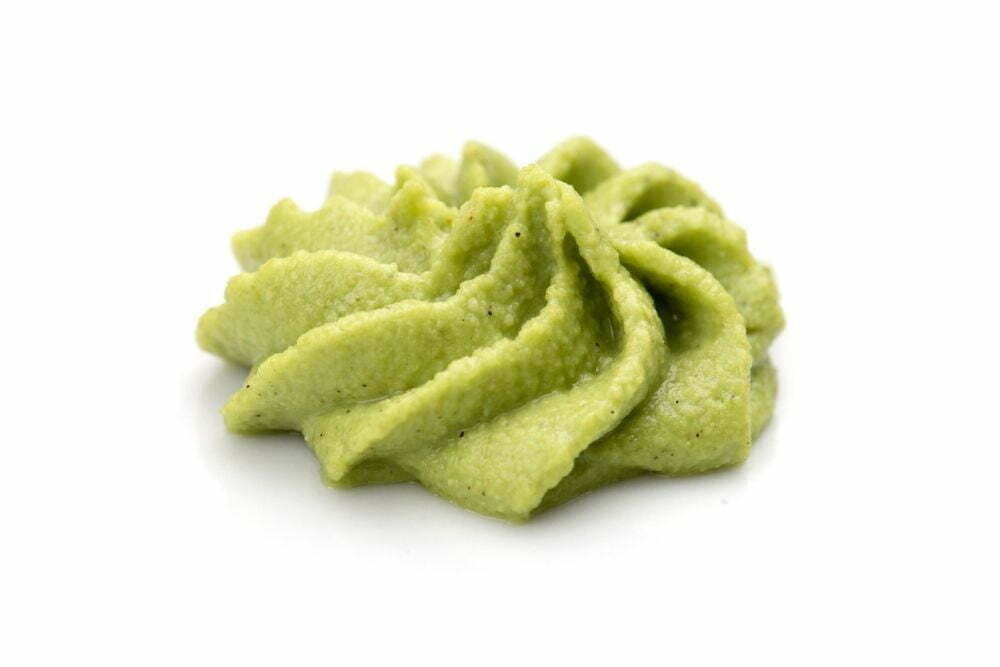 Wasabi is a particularly pungent member of the Brassicaceae family that also includes mustard and horseradish and is most commonly found in river and stream beds in its native Japan. That’s why, in case you’re wondering, wasabi is often called Japanese horseradish, which is a reference to both its genus and country of origin.

Despite its fearsome reputation, wasabi tastes more like mustard and horseradish than chilis and hot peppers, and its “heat” doesn’t burn the tongue or the throat, it actually irritates the sinuses, which is why people often rub their nose after eating it.

Having said that, because of its relative scarcity even in Japan, it is incredibly expensive and while it’s highly prized as a condiment that’s used to add flavor to sushi and other Japanese delicacies, it’s extremely rare in the Western world.

That’s why the wasabi taste that most Westerners are used to and associate with the plant is actually just traditional or western horseradish, and the flavoring that’s used to coat chips and other snacks is actually just the same horseradish that’s been given a makeover with green food coloring.

So the wasabi taste that you’re picturing in your head right now probably isn’t even real wasabi. It’s a disappointing way to find out that the food companies have been playing a trick on you for most of your life, isn’t it?

There are, according to scientific research, all sorts of hidden health benefits to eating wasabi. It’s a natural anti-oxidant and anti-inflammatory, which means that it could help to fight and prevent cancer, is pretty good for your heart, and can help with joint and muscle pain.

Providing, of course, that you can actually find some genuine wasabi and not the “western wasabi” that most of us have become accustomed to, and used to.

Let’s, for the sake of argument, imagine that you do manage to find some genuine wasabi and that you can actually afford to purchase it (yes, it really is that expensive) if you do and then decide to try and feed it to your dog. Will he eat it and will it be good for him if he does? Or is wasabi something that dogs, just like a lot of their human companions, try to spend an undue amount of their lives actively avoiding? 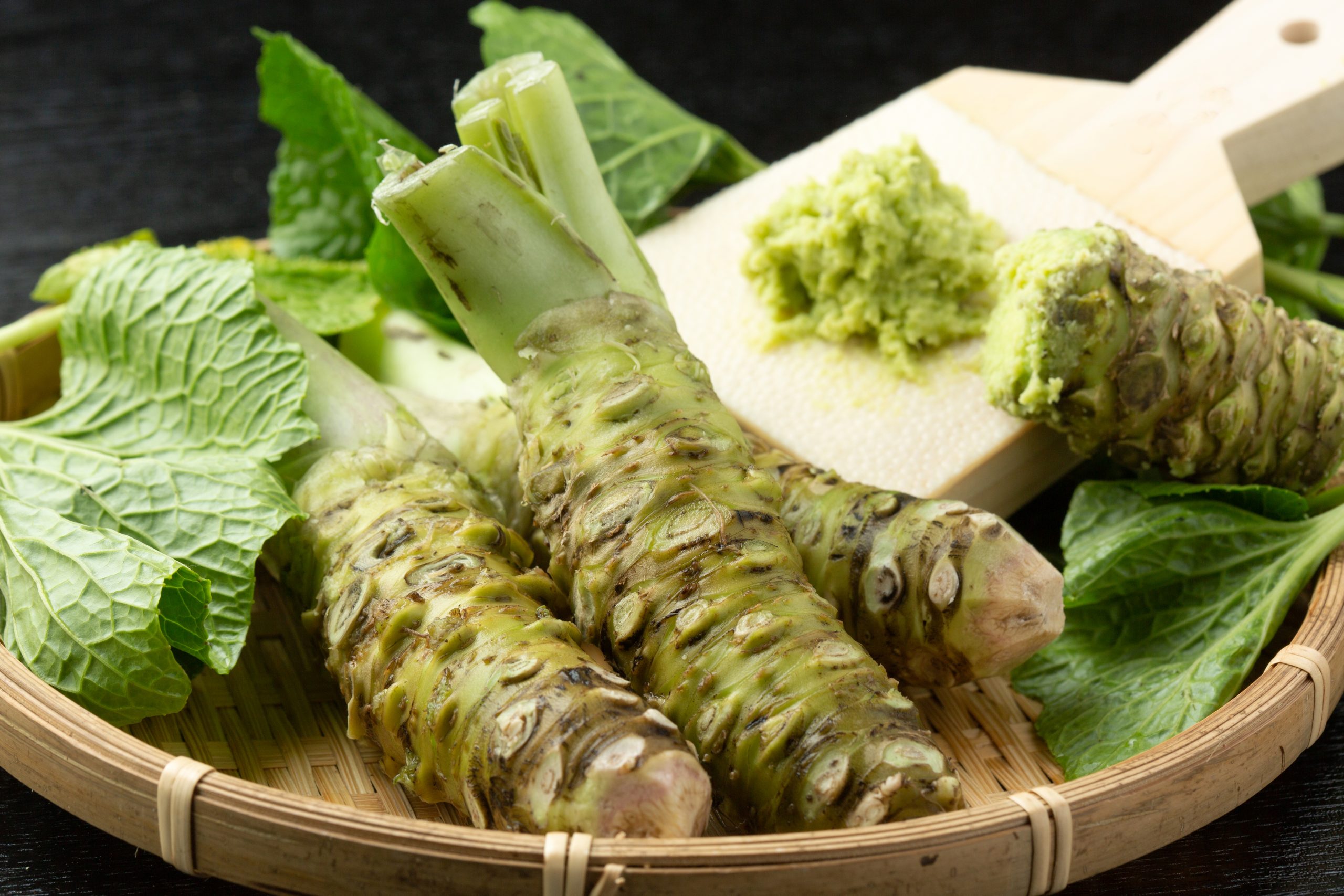 Is Wasabi Good For Dogs?

If you do manage to persuade your dog to eat wasabi, and he doesn’t have any of the ill effects (which we’ll talk about a little later on) then yes, it can be good for him. All of the health benefits that we mentioned earlier?

They also apply to dogs and it’s just as good for them (according to the best, and the limited amount of scientific research that’s been conducted on the health benefits of eating wasabi) as it is for humans and can help with the same ailments.

But there are far better, tastier, and healthier ways for your dog to consume the superfoods that’ll give him all of the anti-oxidants, vitamins, and anti-inflammatories that he’ll ever need than encouraging him to eat a bowl filled with wasabi paste.

But if you do add wasabi to your dog’s food, and he isn’t put off by the smell, there is a good chance that he’ll eat it, as even though they have a far greater sense of smell than we do, dogs’ taste buds aren’t as sensitive as humans are.

Is Wasabi Bad For Dogs?

It isn’t toxic or poisonous to dogs and doesn’t pose any sort of medical or health threat to canines but they can, and will react to it the same way that people do. That means that if your dog does eat some wasabi paste, he’s likely to start sneezing, and his nose and eyes might start to run as soon as the paste begins to irritate his sinuses.

There’s also a good chance, just like it does when humans eat it, that it’ll make your boy incredibly thirsty and he’ll want to drink a lot more water.

It might also cause him a high degree of dietary distress and stomach discomfort that could lead to vomiting and diarrhea. And because his tummy is hurting and he won’t understand why he might become irritable and bad-tempered. All of which, you’ll want to avoid as nobody wants to see their dog suffer any amount of pain.

The Final Word On Wasabi And Dogs

Before you even think about trying to feed your dog wasabi, ask yourself one question. Would you eat it? If the answer is no, then why would you even think about feeding it to your dog? And even though dogs can eat wasabi and it isn’t technically bad for them to do so, it can make them ill, which is why wasabi should be added to the big list of things that you should never, under any circumstances, feed to your dog.