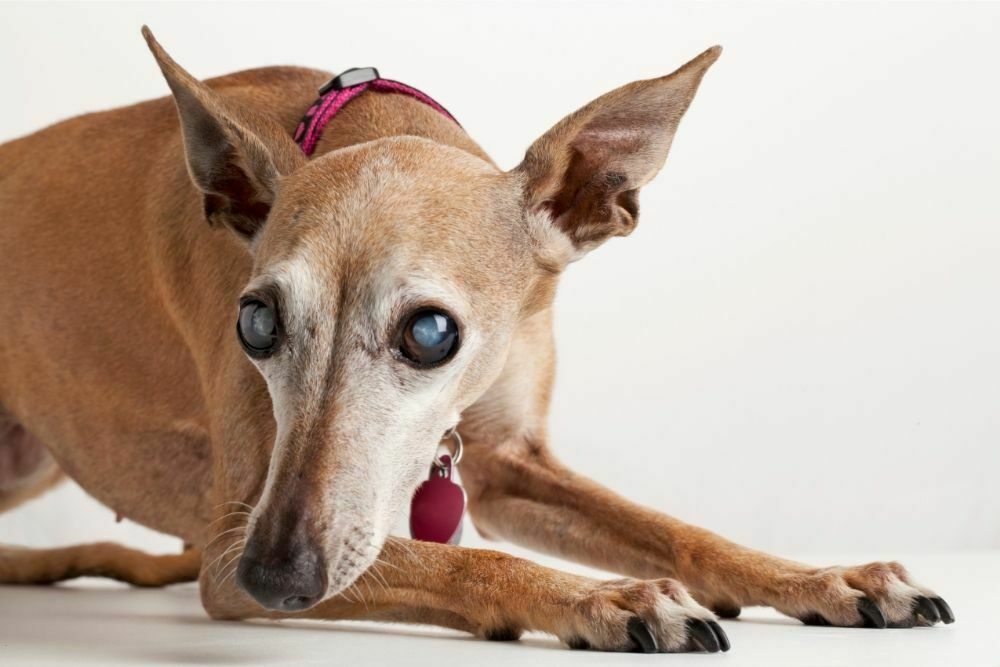 Contents hide
1 What can make a dog go blind overnight?
2 How fast can dogs go blind from diabetes?
3 What do blind dogs’ eyes look like?
4 Why do blind dogs have their eyes removed?

Yes, dogs can go blind quickly. There are lots of scenarios in which a dog could lose its eyesight, and these can occur slowly over a lengthy period of time, or it can be very sudden. Even if your dog has been progressively losing their eyesight for a while, it can be difficult to spot this until they have lost it completely. So, you might think that your dog has gone blind quickly, but for them, this process has been a lot slower.

While there are some conditions which you can catch early on, there are a lot which are difficult to diagnose, which might be why it appears your dog has gone blind quickly. In particular, a lot of vets can struggle to diagnose any eyesight problems until both of your dog’s eyes have been affected.

This is mainly because dogs have the ability to live only using one of their eyes, and can adapt to this very quickly. So, even if your dog has gone completely blind in one eye, there is a fair chance that it will not be diagnosed until their second eye also becomes affected.

So, yes, dogs can go blind quickly. But, in most cases their eyesight will have been deteriorating slowly, it just won’t be diagnosed until it has gone completely.

What can make a dog go blind overnight?

It is totally possible for a dog to go blind overnight. This is something that happens to a lot of humans, so it isn’t surprising that it can also happen to dogs. Even though the majority of dogs will lose their eyesight slowly over time, it is common for this only to be picked up when the dog loses their sight completely. But, there are some eyesight conditions which can come completely out of nowhere.

In particular, it is common for dogs that suffer from diabetes to suddenly lose their eyesight overnight. This is a condition known as diabetes mellitus induced cataract, and it happens a lot in dogs who have diabetes.

In fact, once a dog is diagnosed with diabetes, you should expect them to develop this condition within 4-6 months. While you can expect this condition to occur, it often does not develop slowly. Instead, it onsets very quickly, often causing your dog to go blind within 48 hours of the cataract beginning to develop.

So, there are lots of conditions that can make a dog go blind overnight, but one of the most common causes is diabetes.

How fast can dogs go blind from diabetes?

Usually, if your dog has been diagnosed with diabetes, then they will only have between 4-6 months before their eyesight will deteriorate. But this deterioration does not happen slowly, instead you should expect your dog’s eyesight to suddenly go away.

This is really heart-breaking as a dog owner, but it is almost impossible to avoid. If your dog develops diabetes, then they are prone to a condition known as diabetes mellitus induced cataract. This type of cataract onsets very quickly, and can completely destroy your dog’s eyesight within 48 hours.

If your dog develops this, then it can be very upsetting and difficult to handle, but remember that dogs can adapt very quickly. In some cases, this condition can be reversed through regulation of diabetes mellitus. But, in most cases, it will be difficult to save your dog’s eyesight once it has gone.

When a dog loses its eyesight, this process usually takes place slowly over a prolonged period of time. Due to this, there are some things that you can watch out for to detect a loss of eyesight early.

In particular, a dog that is blind will have cloudy eyes, and spots on their eyes that have turned white. So, when your dog is beginning to lose its sight, it is likely that their eyes will begin to go cloudy, before developing white spots as the deterioration progresses.

Once a dog has gone completely blind, it will be obvious that they cannot see. Their eyes will likely go completely cloudy, and you will notice that their pupils cannot focus on anything.

This will also be accompanied by other symptoms of blindness. These include bumping into objects regularly, especially objects that they would normally have noticed. They can also include hesitation when navigating trickier areas in the home, including the stairs, or unusual nervous behavior in new places.

So, generally speaking, a blind dog’s eyes will go very cloudy, and will also develop white spots which will prevent them from seeing.

Why do blind dogs have their eyes removed?

The treatment for blindness in dogs, completely depends on your dog and the condition that they are suffering with. Some dogs can go blind in one eye, but still have one fully functional eye that isn’t affected by the same condition. While other dogs can go blind in both of their eyes, but lead happy and healthy lives with both of their eyes intact. Even though they aren’t working.

However, there are some situations in which a blind dog will have to have their eye removed. This is called an enucleation, and is generally only done when the condition of the eye could harm your dog’s health, or it is beyond repair.

This means that an enucleation will only really happen if your dog has been involved in an accident that has damaged their eye beyond surgical repair, if they have a condition called glaucoma, or neoplasia which is cancer of the eye. In these situations, the eye is removed to ensure that your dog stays healthy.

So, while a lot of blind dogs will not have their eyes removed, a veterinarian will do this if the condition of the eye puts your dog’s health at risk.