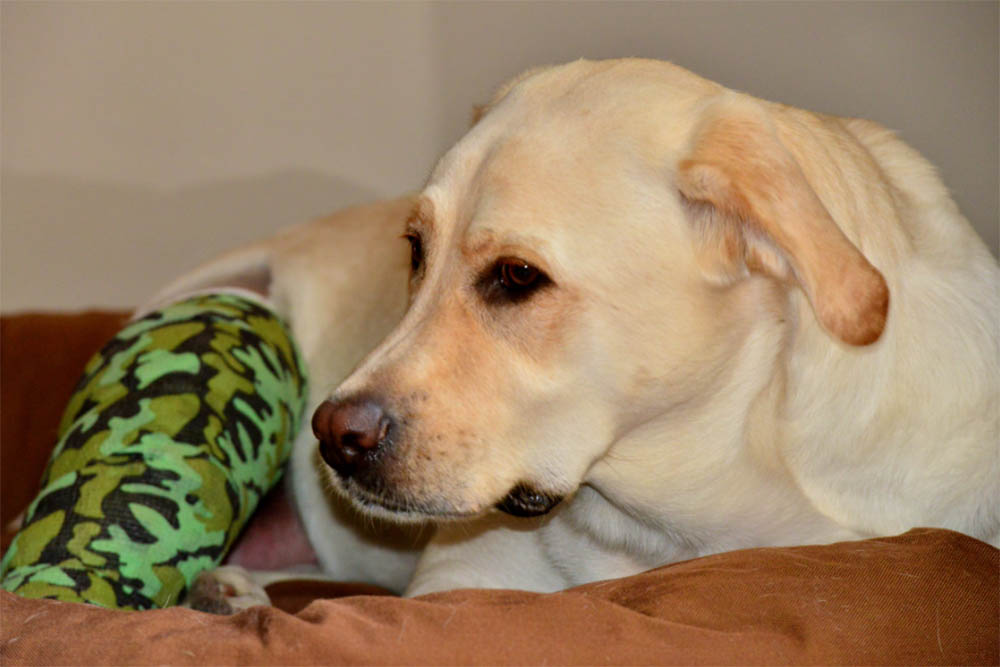 There’s an old saying, “Dogs are people too”, and just like people, dogs can suffer from trapped wind, intestinal discomfort, and gas pains.

And just like they can in people, canine gas pains can be caused by a number of different things, all of which can lead to the same level of distress and agony.

A dog’s diet can lead to flatulence and gas pains, especially if the food that the dog in question is being fed isn’t exactly a shining beacon of nutrition, which can lead to all manner of intestinal and gut issues that can directly lead to the dog suffering from gas-related pains.

A sudden change in their regular menu can also cause a dog’s tummy to start flip-flopping and can be a direct cause of diarrhea and flatulence.

And no matter how hard we try to stop them, sometimes a dog’s nose can lead them to dine from the most unexpected of places, and it isn’t uncommon to find our four-legged friends rummaging through the trash in the search of something good to eat.

Unfortunately, their desire to eat the things that no one else would can often lead to them consuming the sort of spoiled food that plays havoc with their gut and creates all manner of horrific gas issues and pains.

Then there’s the inadvertent, accidental, and can’t be avoided factors that can manifest themselves as trapped wind and gas pains.

Allergies can be a primary reason for gas pains, and it isn’t uncommon for them to appear as flatulence and intestinal distress in the same way that aerophagia (when, in their over-eagerness to tackle whatever is in their bowl, dogs swallow too much air while eating and drinking) does.

The reasons for their agony might be different, but the results are all too often, exactly the same.

Of course, there are also a number of medical conditions that can be the root cause of intestinal trouble and gas pains in dogs and they can range from colitis to pancreatitis and inflammatory bowel disease to gastrointestinal tumors and cancers.

Although if your dog is exhibiting symptoms of dietary distress and gas pain, it’s highly unlikely that it is caused by anything more serious than a predilection for eating from your trash can, so please don’t add two and two together, come up with seven and automatically assume that you best boy has developed a serious medical condition overnight.

As much as we don’t want to think about it mainly because it makes our skin crawl, there is another reason why dogs can be plagued by gas pains, and that’s parasites.

Dogs like to bury their snouts in all sorts of places, and by doing so, occasionally they’ll pick up something they shouldn’t like roundworms, which can make them overly gassy, and end up suffering from all sorts of tummy troubles and pain.

The good news is though if you’re at all worried about your boy and any agony or torment he might be suffering because of gas, a quick trip to the vets should have him feeling right as rain in next to no time at all.

It might give your pocketbook a beating but at the end of the day, what does money matter when your best friend is in pain?

How Do I Know If My Dog Has Gas Pains? 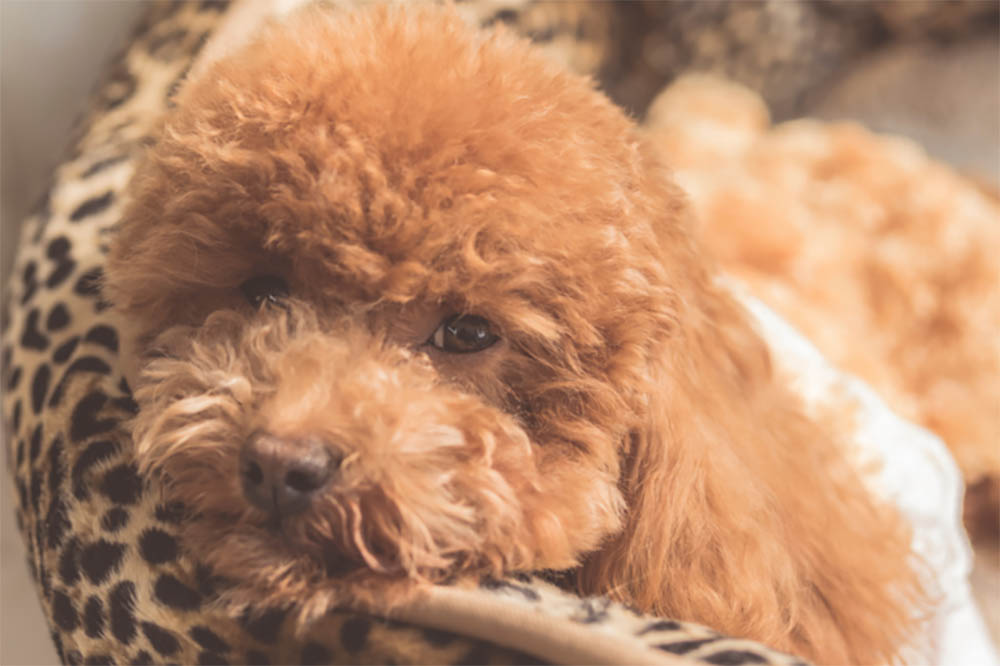 Dogs have multiple ways of letting us know when they’re in pain, and when that pain is gas-related, they’ll make you aware that something is wrong.

They might start whimpering and whining or even hiding and growling, or they might become overly clingy and not seem like themselves, but whatever symptom they’re showing, they’ll usually be accompanied by a series of gas passing incidents that’ll either be odorless or smell like the devil himself.

But if the gas starts flowing and doesn’t stop, and coincides with any of the other symptoms that we just mentioned, then keep an eye on your boy, and if he doesn’t get better within twenty-four hours, you need to start thinking about taking him to see the vet.

How Do I Know If My Dog’s Stomach Hurts?

Most of the time, if your dog is feeling poorly and has a bad stomach, you’ll be able to tell straight away or they’ll let you know in their own inestimable fashion.

If your dog starts vomiting and doesn’t stop, continues to dry heave when there’s nothing left for him to bring up or he has incessant diarrhea, then it wouldn’t be untoward to assume that he’s suffering from some sort of stomach pain and trouble.

But, the less obvious signs that there might be something wrong with your boy’s tummy include him continually licking his lips, starting to lick the air, swallowing a lot of air or he’s a lot less energetic than usual and isn’t showing the same level of interest in his dinner as usually does.

It might not seem obvious to you at first, but any, or all, of these symptoms and behavioral traits, are clear indicators and warning signs that your boy is suffering from something stomach-related.

What Home Remedy Can I Give My Dog For Gas?

While we’d always recommend a quick trip to the vet to make sure that whatever is bothering your boy is easily treatable at home and with a little gentle care, attention and rest, if you can’t get to the vet straight away, or there isn’t an appointment available, you can always treat, and even ease, your boy’s symptoms at home

Ginger works wonders for dogs, as does peppermint oil and even yogurt, so you could try feeding your best friend with one or all of them, depending on what you have at home, or can pick them up during a quick visit to your local supermarket or store.

What Can I Give My Dog For Gas And An Upset Stomach?

Most vets will tell you that the bland food that your boy adores is the best way to treat him when he has a poorly stomach and isn’t feeling well.

If you can get him to eat a little mulched or stewed pumpkin, that should help to line and settle his stomach, and a temporary diet of boiled chicken and rice, or shredded chicken should help to provide him with all of the nutrition that he needs while he’s recovering from whatever it is that’s making him feel unwell.

Dogs are hardy animals and are far tougher than we are, which means that usually, it won’t take your best friend long to bounce back from feeling poorly.

What Does My Dog Have a Big Belly?

Even though most people might be tempted to say “because he ate too much”, we’re not most people and we know that a big (or boated) belly can be a sign of something much more serious in dogs.

While it might be a happy occasion like your girl is about to give birth and your house is going to be overrun with puppies, it might also be a symptom of a serious cardiac issue, a liver problem, or a bladder infection.

Whatever it is though, it’s imperative that you take your best friend to the vet as soon as possible to have them checked out in order to get the all-clear.