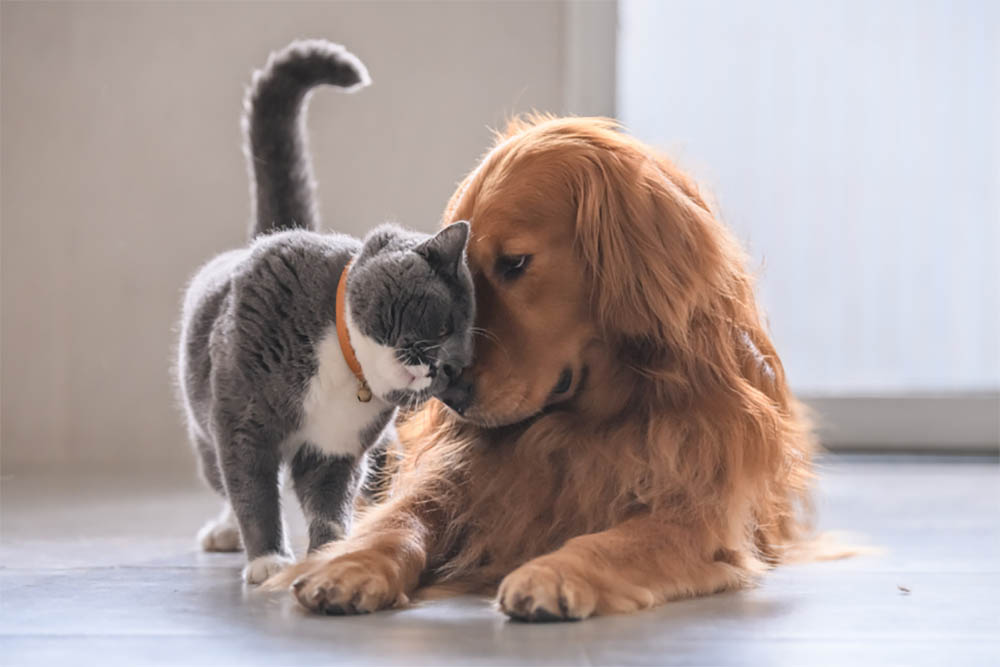 No. While a small dog might try to mount a cat, they’re unlikely to actually mate. Also, they wouldn’t be able to reproduce as they’re too genetically different.

When a dog humps a cat, it’s usually a result of overactive hormones and to assert dominance. Any cat being mounted by a dog is likely to react aggressively to try to get away.

While hybrids such as mules (horse and donkey), ligers (lion and tiger), and wolf-dogs do exist in the animal world, they are generally accidental in wildlife reserves or purposely cultivated. However, there must be some degree of species compatibility.

Horses and donkeys are closely related enough to create a mule. The chromosomes of cats and dogs just don’t match up. Dogs have 39 pairs of chromosomes whereas cats only have 19 pairs.

It is impossible for a dog to impregnate a cat, and always will be unless scientists ever came up with a way to make eggs accept sperm from a different species.

Whether or not this should happen, is a whole other can of worms in itself.

Even if they did, they would probably suffer from severe health problems and die shortly after it’s created. Synthetically created hybrids are rarely healthy, and often considered cruel.

The gestation durations of cats and dogs differ, as do their internal and outward characteristics. Cats and dogs are extremely unlikely to try to mate with one another.

Male cats are drawn to female cats by their voice and scent. Female dogs only mate with males who are desirable to them. Cats will not appeal to them.

It’s difficult to say why dogs sometimes hump and mount cats although dominance is one of the most prevalent explanations.

The theory is that when your dog humps the cat, they are asserting dominance, but behaviorists disagree.

According to Peter Borchelt, a Certified Applied Animal Behaviorist, “Mounting could be part of a suite of behaviors associated with aggression, such as high posture, resource guarding, direct stares, and threats and standing over.

But mounting, in and of itself, doesn’t indicate a status issue. By itself, mounting might not mean a lot.”

This idea implies each dog may have a slightly different motive for mounting and huddling the cat, and the whole affair may be meaningless. However, we can be certain that dogs aren’t doing it for the sake of reproduction, and cats are unable to reproduce with dogs.

Do cats mate with dogs? 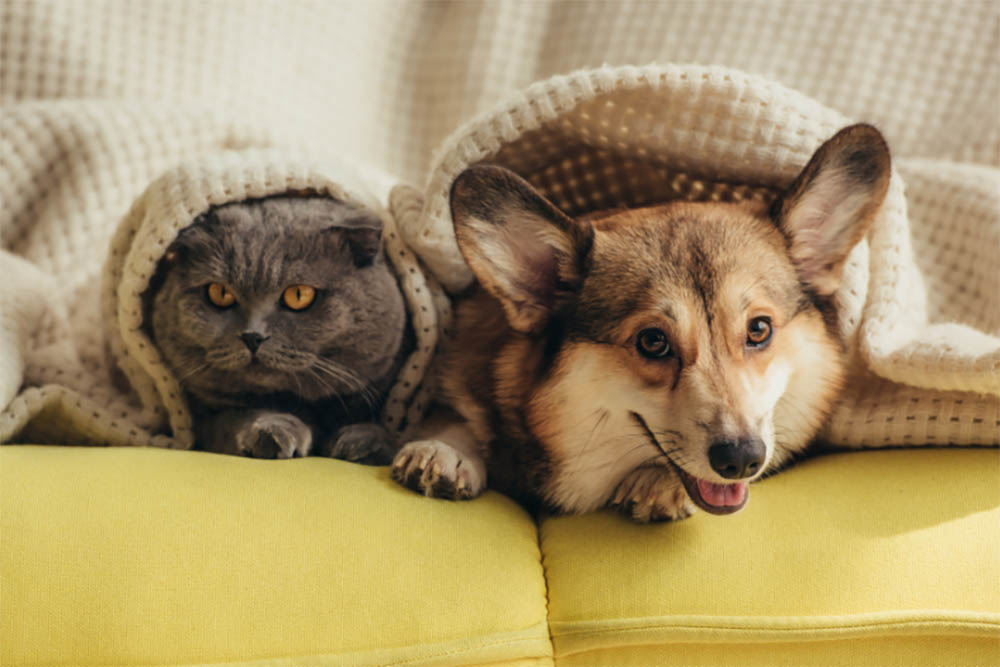 While their advances may not be quite as obvious as dogs’, cats can sometimes make a move on a canine. This is nowhere near as common as vice versa, but it certainly can happen.

If a female cat is in heat, she may become overwhelmed with hormones and instinct, leading her to “reveal herself” to a dog in a split-second effort to seduce him. This isn’t anything to worry about and is usually pretty funny and harmless.

Despite the fact that cats and dogs cannot procreate with each other, much of the undesired humping and mounting behavior we’ve discussed is due to animals who haven’t been spayed or neutered.

If cats are spayed, they will no longer go into heat, allowing your dog to relax without having to watch out for rampant cats.

Most dogs will hump and mount a lot less after neutering, this is just one of the many benefits of spaying your pets.

On the other hand, cats and dogs may become close friends, packmates and exhibit behavior we humans might call loving. It’s friendship and family for them.

Sex though is another thing, and if the dog or cat is attempting to mate with a creature, not of its own species, you really need to get them neutered.

There can be several reasons why your dog may be trying to mate with your cat or vice versa: