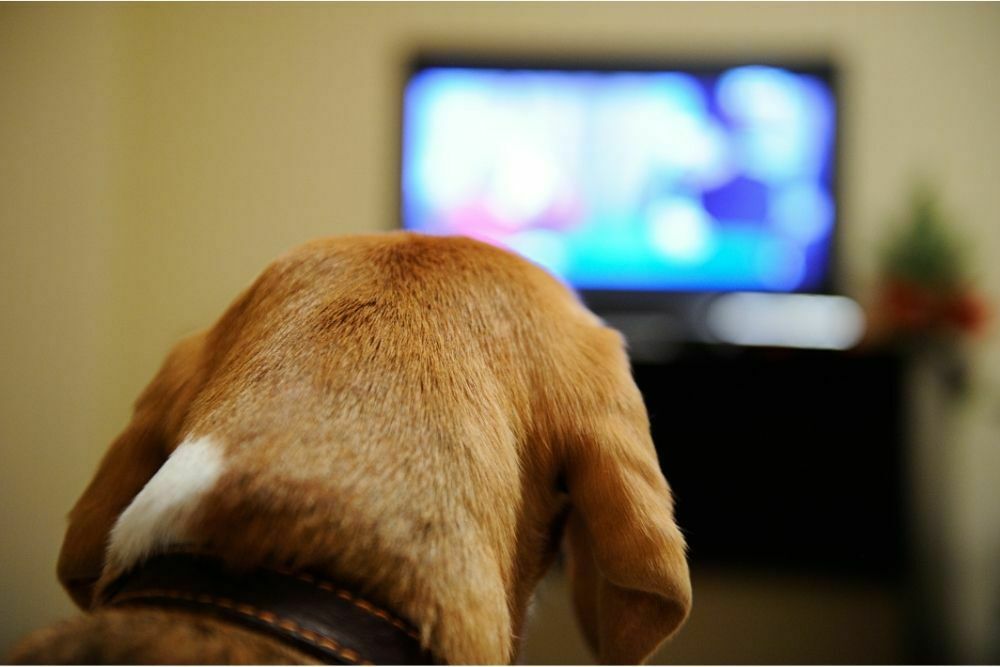 Many of us worry about leaving our dogs at home on their own, so we leave the TV on for them so they don’t feel so lonely. This is such a popular technique that there are even TV channels dedicated exclusively to doggy TV.

While many people swear by this technique, there are many who believe that dogs can’t actually see the TV or that they hate the noise it makes. Many people choose to leave the radio on for their dogs instead.

Can dogs see the TV?

While dogs might not have been able to see the TV when it was first invented. They can see our current HD TVs.

They have even discovered that dogs can not only see the TV, but they can also comprehend many of the pictures that they see. They are also able to hear the sounds that are coming out of the TV. They can put the sounds and the images together and actually have quite a good understanding of what’s going on.

We know that dogs can see the Tv and listen to it, but do they actually watch TV?

Well, a study in 2013 showed that not only do dogs watch TV but they are actually able to understand a bit of what is going on. This study showed that dogs were able to pick out other dogs on screen and tell them apart from humans. They could also tell the difference between real dogs and fake ones.

Dogs are mostly drawn to TV by the sounds at the beginning. However, they are then drawn in by the movement.

Many people believe that dogs are drawn in by the bright colors. However, dogs see a different range of colors than us. That is why the Dog TV channels broadcast in a different color spectrum. One that will excite dogs. 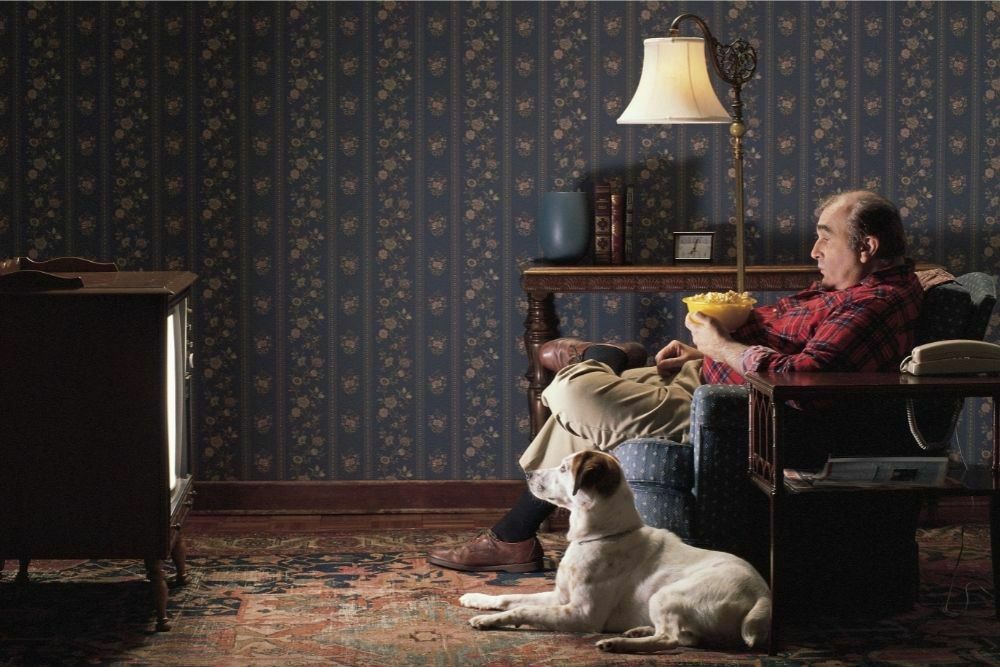 Well, we know that dogs are incredibly good at picking out other dogs on TV. This seems to be an evolutionary trait, as many other pack animals are able to do the same.

Some of the Dog TV networks have shows about cats. Some dogs find them fascinating, while the images of cats seem to accept other dogs.

From personal experience, our dog (who is tennis ball obsessed) will happily sit and watch the tennis for hours. She also gets very excited when she sees other Labradors come on the screen. She is obsessed with shows about cats, her eyes do not leave the TV.

Can dogs hear the radio?

Dogs have much better hearing than us, so there is no doubt that they can hear the radio. The real question is do they enjoy the radio?

Studies have shown the dogs definitely like listening to the hosts of radio shows. Particularly when they are alone. There are even videos online of dogs going crazy after a radio show host has mentioned treats.

The question on whether dogs can appreciate and enjoy music is a much more tricky one.

A study by the University of Glasgow suggests that listening to music does actually influence how our canine friends behave. With classical music helping anxious dogs and heavy rock making them agitated.

The study also showed that listening to soft rock and reggae made most dog’s happier. The majority of the dogs in the study showed a preference for listening to either of those two genres.

Many shelters use classical music to calm their nervous dogs and pop music to cheer up their lonely ones. So it seems like there is something to be said for playing dogs music. However, dogs have a much wider hearing range than we do, so we cannot be 100% sure what part of what they are hearing is changing their mood.