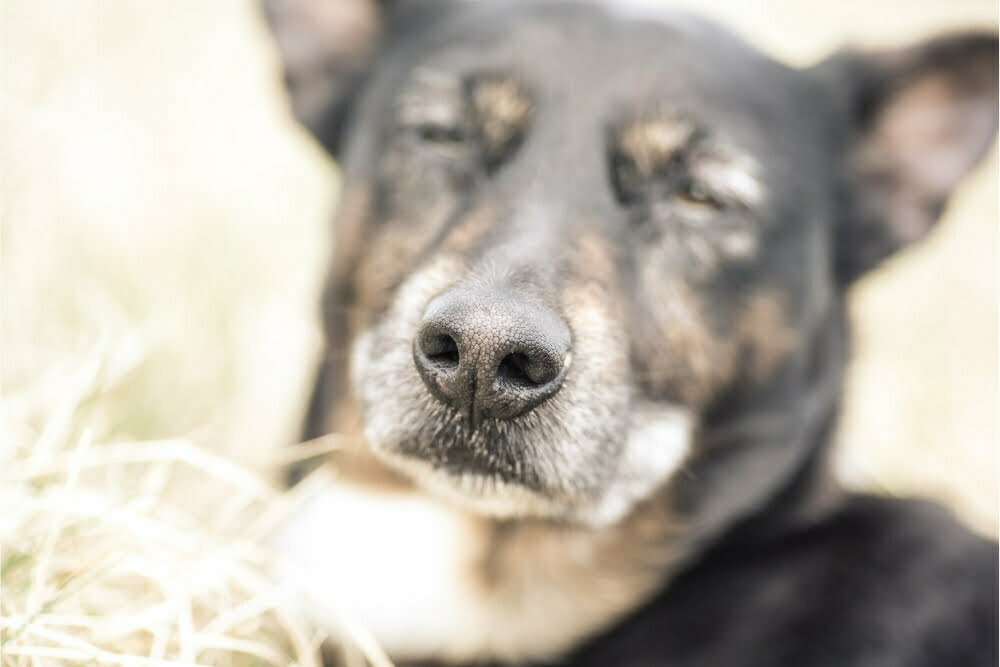 Contents hide
1 Can dogs sense their own death?
2 Do dogs want to be alone when they are dying?
3 What do dogs do before they die?
4 Why do dogs hide when dying?

Yes, dogs can sense death. In fact, they have been doing this for centuries. Dogs are excellent creatures for so many reasons, but one of these is the fact that they have incredible senses.

These insane senses, combined with the fact that they are excellent learners, have allowed humans to train dogs to complete some vitally important jobs that we simply wouldn’t be able to do.

A lot of these jobs are associated with sniffing out death or detecting it early in humans that are still alive. So, yes, dogs can sense death.

If you’ve watched any crime drama or documentary, you will have heard about the deployment of sniffer dogs. These are also sometimes referred to as cadaver dogs as they are able to detect the smell of human remains.

These types of dogs are often deployed during murder investigations. Still, they are also commonly used in scenes of natural disasters to try to find the bodies of those who have unfortunately lost their lives.

Dogs are also often trained to detect death in those who are still living and are often used in hospices as they can provide comfort to those who don’t have very much time left.

Can dogs sense their own death?

It is an absolutely heart-breaking thought, but in a lot of cases, yes, dogs are able to sense that their own death is coming. This is why, in hindsight, you might notice some changes in your dog’s behavior in the days and hours leading up to their passing.

In many cases, when a dog realizes that their time is nearly up, they will seek comfort from their family. Or as they see it, their pack.

This is why your dog might appear more cuddly in their final hours, seeking comfort from their owners through cuddles, stroking, and companionship.

But this isn’t unique to dogs. In fact, in a lot of cases, the human body will be aware that it is dying long before the heart actually stops beating.

The brain blocks this piece of information from us, but inside our body, lots of organs are beginning to slow down, ready for death.

The difference between humans and dogs is that they are aware that their time is up, whereas we are not. This is why it is very common for dogs to seek comfort from their owners as their end nears. 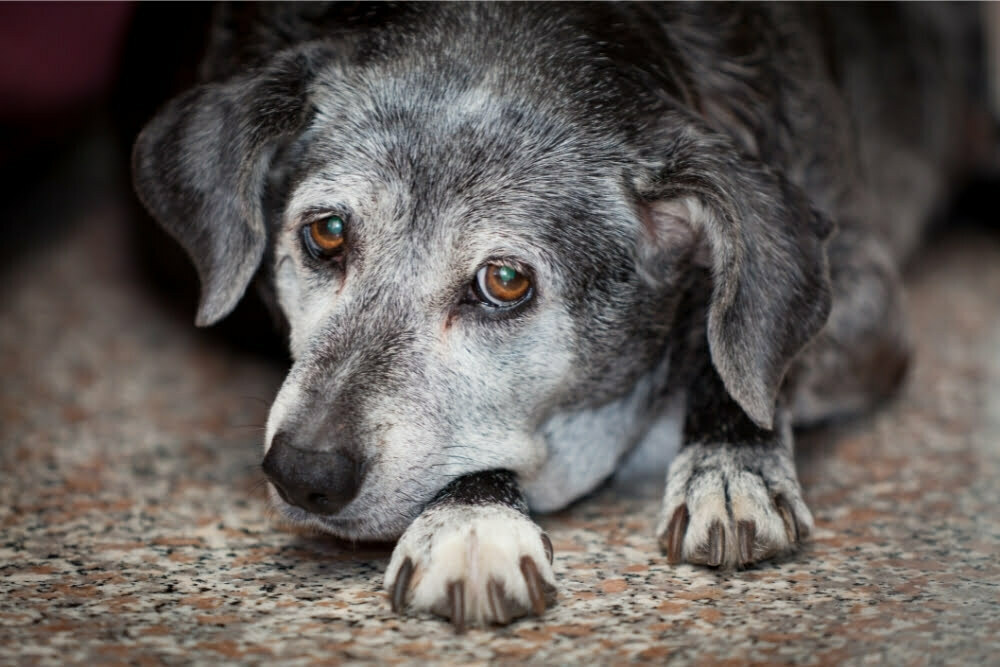 Do dogs want to be alone when they are dying?

In many cases, dogs will want to be with their owners when they are dying, but in some cases, a dog will seek a more solitary end. This is particularly common if a dog is in a lot of pain and is nervous about the end.

It is also very common in dogs that are not part of a family, so lots of stray dogs will seek a quiet, safe place on their own to pass on.

Most dogs will seek their family because they feel safe with them. But for dogs who don’t have a family, they will instead seek solace in their own company.

This is because the dog is aware that they are dying and know they will not be able to stick up for themselves should they come across a threat.

So, to protect themselves, the dog will instead hide. They will usually go to a dark and quiet space where they will not be under threat of attack.

A place where they can live out their final moments in peace. But, with family dogs, most of the time, they will seek the comfort of their owners.

What do dogs do before they die?

When dogs are dying, just like humans, their bodies will begin to shut down.

This is why, in hindsight, you will realize that your dog’s movements were quite labored in the hours leading up to their passing.

Dogs have the ability to sense that their time on earth is coming to an end. This is why dogs will often seek comfort and companionship in their last hours, spending more time with their owners and loved ones.

In the time leading up to your dog’s death, you might notice that they are very quiet, spending a lot of time sleeping.

One of the first organs that will begin to slow down is the digestive system, as this is one of the less important bodily functions.

Slowly, more and more of the organs will begin to shut down, with the lungs being one of the last. This is why one of the last things that will happen to your dog before they pass is difficulty breathing and labored breathing as they take their final breaths.

Why do dogs hide when dying?

In some cases, dogs will hide away when they know that they are dying. This is particularly common in stray dogs.

Dogs are aware that they are dying and will know they cannot defend themselves should they encounter any threats.

So, to protect themselves in their final hours, most stray dogs will look for a calm and quiet place where they can hide.

They know that they haven’t got the ability to fight anymore, so they seek solace in a private place to take their last breaths.

This is a truly heart-breaking thought, but you should be aware that only really stray dogs will do this.

Most dogs who are part of a family will not seek privacy in the last hours of their lives, instead, they will look for comfort in the people that they love.

A dog with a pack will not fear predators in their final moments, they know that they are protected as long as they are with their family. This is why your dog will seek your companionship as their life comes to an end.