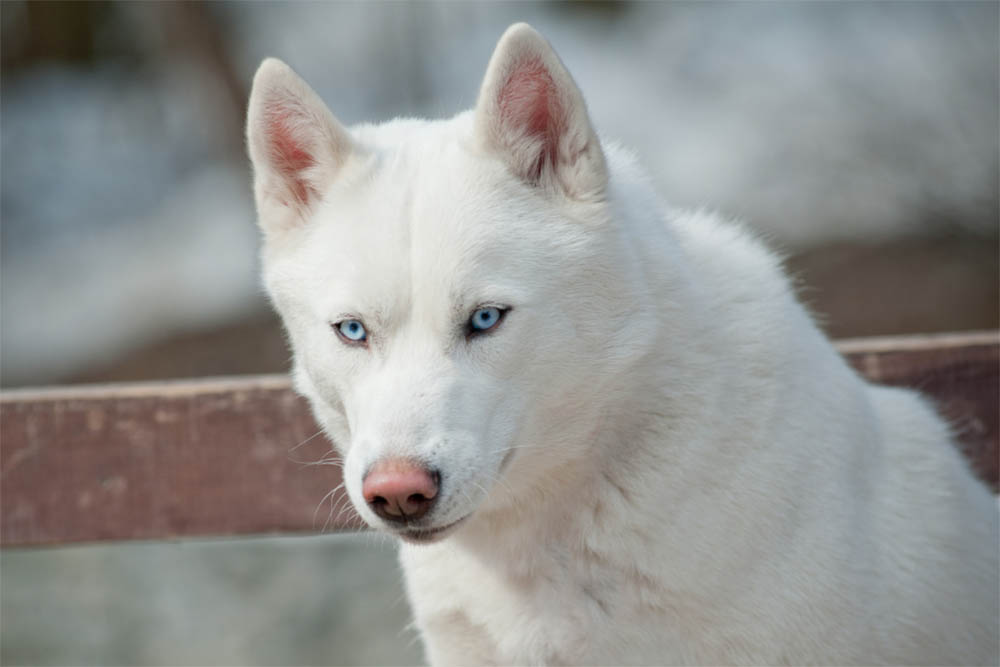 No matter if you are breeding a puppy or buying a puppy, if you are thinking about the Husky, then something that you might be wondering about is the color of their eyes.

For some breeds, blue eyes are quite common, but for others, it is really rare, but which is it for the husky breed?

When it comes to white Huskies, the odds may change even more. White Huskies are strikingly beautiful, and blue eyes will stand out easily among their masses of white fur.

If you want a blue-eyed Husky with white fur, you might not have to look as hard as you thought.

In this article, we are going to tell you everything that you could need to know about Huskies and their eye color, including which colors are rarer than others.

We will also make you aware of any health conditions that may arise when it comes to their eyes, and how you might be able to tell if a Husky is going to have blue eyes.

Do All White Huskies Have Blue Eyes?

White is generally one of the rarer colors for dogs to have, especially when it comes to Siberian Huskies, but white Huskies can have blue, brown, or even parti-color eyes.

If you didn’t already know, parti-colored eyes are when the dog’s eye color is of two different colors.

One of the most striking features of a Husky, especially if their coat is white, is their eyes, and icy blue eyes will stand out with ease.

However, it is actually quite common for Huskies that have white fur to have blue eyes.

An interesting fact about Husky eye color is that they can be prone to a condition called heterochromia, which is when both eyes are different colors.

You will also notice that their eyes will be an almond shape, and they do tend to have pigmentation around the eyes.

What Breed of Husky Has Blue Eyes? 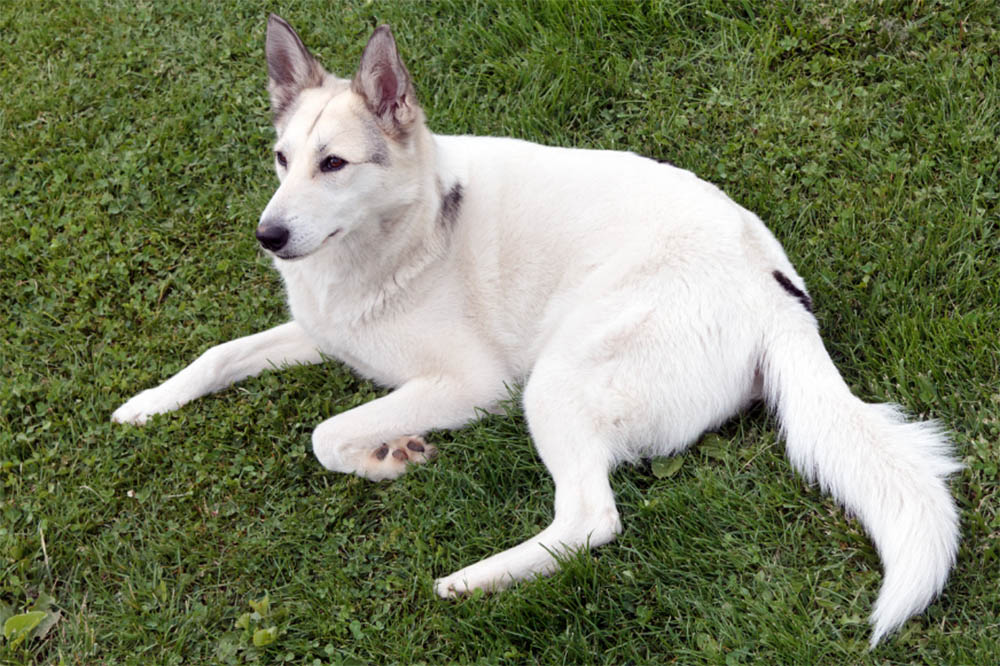 When you think of dogs and blue eyes, your mind often automatically wanders to the Siberian Husky. These dogs commonly have iconic blue eyes, but they can also have brown eyes, or in some instances, both.

Siberian Huskies actually carry a specific gene that causes a loss of pigmentation in the irises.

This gene allows for their eyes to range in color from anywhere between light blue and dark blue. This is a rare gene, but it can happen.

Huskies with blue eyes are more common than you might have thought, and around 40% of Huskies will have blue eyes.

The blue shades can range from light to dark blue, with shades of grays and greens often appearing in them too.

Generally blue-eyed Huskies will have a ring of dark skin around their eyes, which will help to deflect sun and snow glare and reflection. Their blue eyes are quite striking, and this is something that often characterizes the breed.

Another eye color that is really common for Huskies to have is brown. Around 40% of Huskies will have brown eyes, which is just as common as blue eyes.

These brown colors can range from amber to dark brown, and they are often quite vibrant. There are some people that would think that Huskies with brown eyes are not purebred, but this is not the case.

Huskies with brown eyes have been recognized by the American Kennel Club.

Something that is slightly less common, but can still happen, is when a Husky has eyes of two different colors.

What is the Rarest Husky Eye Color?

The rarest type of eye color that a Husky can have is parti-colored eyes. This is really rare, and it only affects around 5% of the breed.

This is when the eyes will have a mixture of both blue and brown in them.

This can look jarring as it is quite unusual, which is why many mistake it for a health issue. However, it is completely normal, just very rare.

Do Huskies With Blue Eyes Have Problems?

Just like any other dog breed, Huskies are prone to certain health conditions, but one of the most commonly affected areas for Huskies is the eyes.

Contrary to popular belief, there is no scientific evidence to suggest that eye color is correlated with cataracts in Huskies, but some people would suggest otherwise.

Huskies can suffer from hereditary cataracts, but there is nothing to suggest that this has anything to do with their eye color.

Unlike with most instances of cataracts that develop in senior dogs, hereditary cataracts will start to appear around the time that the dog is a year old.

Unfortunately, it can start to develop in puppies as young as 3 months old. Cataracts is a build up of protein film in the eyeball, which will go on to block or deform the lens.

It can affect one or both eyes and lead to blindness.

Due to the fact that eye disorders are more common for Siberian Huskies, it is recommended that breeding dogs have eye exams.

It is often worth seeing if this is the case for the parents of your puppy before you buy one.

How Much is a Blue Eyed Husky?

Due to the fact that blue-eyed huskies are common, you won’t be paying over the odds for a dog with a certain eye color, unlike with some other breeds where blue eyes may be rarer.

You can expect to pay anywhere between $500 and $2000 for a husky with blue eyes, but this will all depend on the individual breeder.

Are Huskies the Only Dogs With Blue Eyes?

Huskies are not the only dogs that have blue eyes, and there are other dogs with this color eyes, but it is less common.

Some of the other breeds that have blue eyes are Australian Shepherds, Border Collies, Daschunds, Dalmatians, Weimaraners, and Cardigan Welsh Corgis.

How Can I Tell if My Husky Will Have Blue Eyes?

There is no way to know for sure if your Husky is going to have blue eyes, and they will all be born with blue eyes.

Will a Husky’s Eye Color Change?

When Huskies are first born, their eyes will be blue, but there is no way to know for sure if they will still be this color when they are older, as the color can change.

Their eyes can start to change color at as late as 4 to 5 weeks old, but this is nothing to be worried about as the color of their eyes is not associated with any health problems.

When Do Huskies Eyes Stop Changing?

If your Husky’s eyes are still changing after this amount of time, you should take them to see a vet.