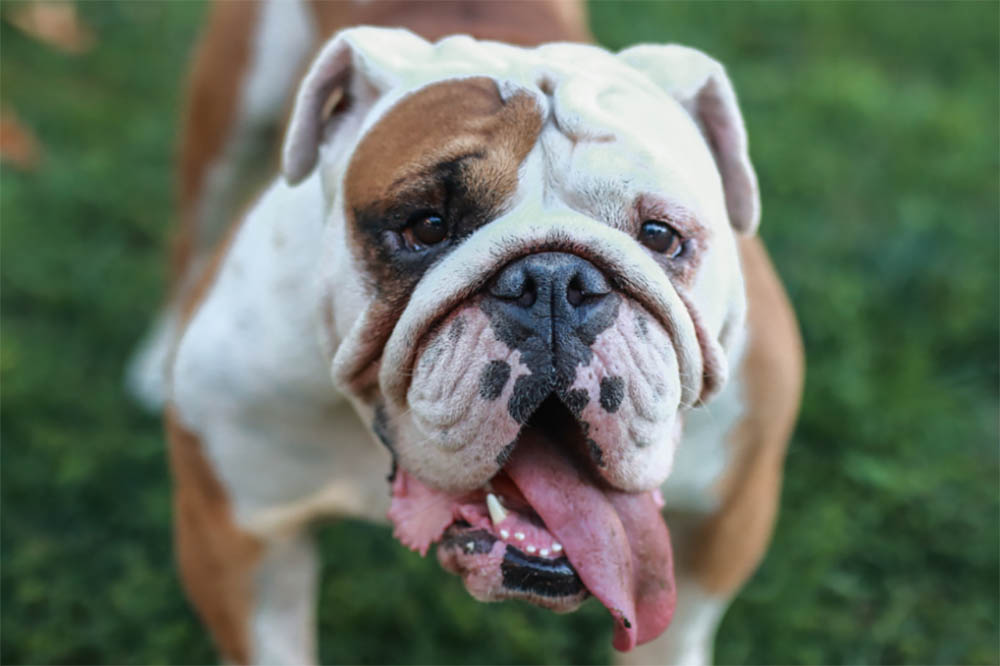 Growing up our brother used to avoid a lot of joy in blaming his loudest and smelliest farts on the dog. He also used to find it hilarious when our dog actually did break wind.

This got us wondering, do some breeds of dogs fart more than others? And are dog farts as natural as they are in humans? Or are they a sign that there is something going wrong in their digestive system?

There is one breed of dog that we discovered that is notoriously gassy – the Bulldog. It appears that most of the different types of Bulldog (English and French included) have gas issues.

Today we’re going to talk about why these dogs have gas problems? If they’re a natural thing? If the dogs are in pain? And if there is any way to relieve Bulldogs of gas?

Keep reading to find out more…

Do Bulldogs have gas problems?

If you own a Bulldog you will already know the answer to this question. However, if you don’t, then there really is no way to sugar coat it. Bulldogs are farting machines.

They fart a lot. For a long time it was just believed to be a trait of the breed.

As science has advanced, it has been discovered that Bulldogs have two main issues that are causing their gas issues – their digestive system and their breathing systems.

Bulldogs have a very sensitive digestive system. Their digestive system sensitivity is very similar to humans that suffer from IBS. There are many different things that can upset their stomachs:

Another issue that makes Bulldogs gassy is their breathing system. They have notoriously flat noses and find it difficult to breathe if they are bred incorrectly.

They are less likely to breathe properly when they eat and they find it more difficult to eat. Both of these issues cause them indigestion.

How to relieve Bulldogs of gas?

As we mentioned above, one of the ways to relieve the gassiness of your dog is to slowly change their diet. However, with dogs like Bulldogs you will have to accept that they will always be a little bit gassy.

You should also try to include more fiber in your dog’s diet. It will boost their gut health and help them to digest their food more efficiently. A little bit of yogurt has a similar effect by supporting the bacteria in your dog’s digestive tract.

You may find that feeding your dog 4 small meals a day rather than 2 big ones, will help their stomach work through their food. As there is less work to do each time.

If you think that your dog’s gas is causing them pain then you should try massaging them and warming them up. Keeping your dog warm will help their gut muscles to relax, making it easier for them to pass the gass.

Massaging your dog’s stomach will help to move the gas along even when their intestines are struggling. If the gas is causing them pain the best thing they can do is release it.

You should also make sure that they are drinking plenty of water and eating enough fiber. You may need to put trackers on their water bowl.