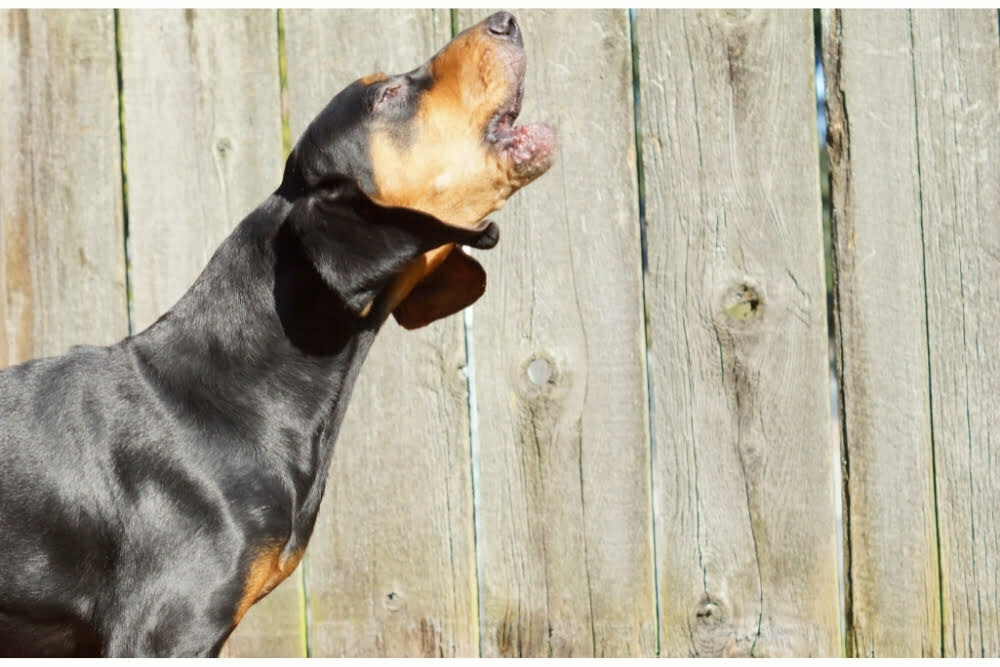 Contents hide
1 What is a coonhound?
2 Do coonhounds bark?
3 Do all Coonhounds howl?
4 How do I get my coonhound to stop barking?
5 Can you train a hound not to howl?

The coonhound is a medium sized dog known for its great sense of smell and exceptional skill when it comes to hunting.

They are also very loving dogs, and highly intelligent creatures. This is why they have become so popular among the homes of America.

If you are thinking about getting a coonhound for yourself, then you will first need to make yourself aware of everything there is to know about the breed.

Whilst these dogs are great family dogs, extremely loyal, and have wonderful personalities, unfortunately, they do have a little bit of a reputation as being hard to train, and having a will of their own.

So, if you want to take on this breed for yourself, then there are a few things that you need to keep in mind.

But first, let’s take a look at the breed itself.

What is a coonhound?

A coonhound is an American breed of hunting dog known for its ability to track, sniff out and hunt rodents and other animals. The term coonhound is actually derived from the fact that these dogs were used to hunt raccoons and foxes.

Whilst the breed has been used to hunt other animals, the term coonhound has stuck, as they specialize in catching and hunting down raccoons.

There are actually six different variations of coonhound, such as the Redbone Coonhound or Black and Tan Coonhound, however they were first bred and descended from English hunting dogs or foxhounds.

As a result, coonhounds have inherited many characteristics, behavioral traits and habits such as the ability to hunt, be on constant lookout and alert, whilst being incredibly intelligent and loyal.

In addition, they are very inquisitive, as they are actually categorized as scent hounds.

So, if you are thinking of getting a coonhound for yourself, you will need to know what they are really like.

Unfortunately, coonhounds are sometimes notorious for barking. The Redbone Coonhound in particular barks whilst on the hunt, but will also bark whenever they feel like it, and love the sound of their own voices.

These types of coonhounds are considered very difficult to train, and will take a lot of care, attention and patience to fully train them.

You have to remember that a coonhound was specifically bred to hunt and catch animals, so that their human counterparts could locate and kill the prey.

This is why a coonhound has a very deep, loud and vocal bark that carries a very long way so that the hunter can find its location.

Despite being used as hunting dogs, the instinct to bark is very strong in this breed, and they will bark as much as they can.

It takes a lot of dedication and determination to prevent this sort of behavior, and you would need to train them out of baying, whining and barking for hours.

In addition, as a hunting dog, and a working breed, the coonhound will naturally have more energy and want to be active.

Without a way of expelling this energy every day, they will find a way to entertain themselves, which would also result in a lot of barking, howling, chewing, or even some aggressive behavior due to stress or pent up anxiety.

Naturally, coonhounds want to bark at everything. This can be to raise an alarm, because they are excited, because they are bored, frustrated, angry, territorial, injured, greeting people, in pursuit, or hunting.

As you may have noticed from that list, that they really do just love to bark at anything.

If you do not want your neighbors calling the cops every five minutes for a disturbance, then you will have to teach them to control their barking, and only do so for certain circumstances.

Do all Coonhounds howl?

Most variations of coonhounds will howl, as they are instinctively more inclined to bark, howl and make noise to attract the attention of a hunter, after they have chased down the prey.

As a hound, they will naturally want to howl, and do so not only to alert you of prey nearby, but to express literally anything.

Howling is their way of attracting attention and alerting you to something, so some coonhound may howl just because they want to communicate something with you.

Howling can also be a way of claiming their territory, or announcing their presence.

This is because howling would normally be a means of warding off predators or other animals in the wild, and so dogs may still sometimes howl when there is a stranger or new circumstances.

Dogs also howl to alert you of a discovery, or of an injury.

Dogs howl to vocalize that they are in pain and in need of help, but they also use it to signal that they are either in pursuit of prey or that they have caught it.

As coonhounds are bred for this purpose, you can expect them to howl a lot.

How do I get my coonhound to stop barking?

The best way to train a hound not to bark is with a non harmful method.

To do this, simply fill a spray bottle with water, and squirt two mists of water in the face when the dog barks unnecessarily.

Pair this with a short command such as Quiet and reward the dog positively when it is successful.

Can you train a hound not to howl?

It is possible to train a hound not to howl, but keep in mind that coonhounds are incredibly difficult to train and you would have to put some serious effort into the process.

In addition, it is not something that will come quickly or easily, as your dog believes that howling is a good thing.

This is why positive reinforcement is so important, as you should not punish a dog for howling, because it is part of its nature.

You will not be able to teach your hound not to howl at all, as this occurs naturally, but you can teach them to control it, and stop on command.

This will ensure that the howling is done for a specific reason, and not because your dog is bored, or enjoys the sound of its own voice.