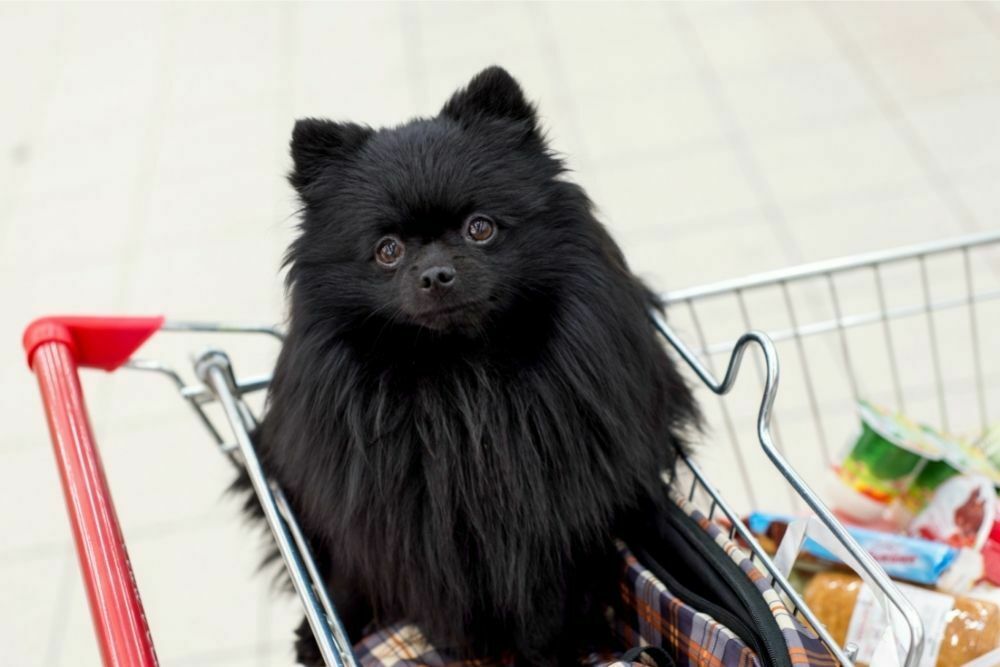 Dogs love to explore new places, and as dog owners, we love to satisfy this curiosity by taking our canine friends everywhere we possibly can with us, whether it be dog-friendly restaurants, days at the beach, and even as companions whilst we shop.

Some shops are more than happy to welcome our canine companions in, permitting that they’re well behaved whilst walking around or as long as they’re carried by hand or in a bag.

However, most food shops are a lot more restrictive when it comes to allowing dogs into their stores primarily due to sanitary reasons and also to prevent any greedy pups from nabbing some food from a counter. Costco is said to be more welcoming to dogs, which does come as a surprise as Costco prepares some food for tasting counters right on the shop floor.

We want to clear up this confusion and be able to confirm Costco’s dog policy for our readers so we know whether to bring along our pooches for a fun day out or to leave them at home whilst we shop by ourselves.

What Is Costco’s Policy On Allowing Dogs Into Their Stores?

Costco’s policy states that in compliance with the Americans with Disabilities Act (ADA), any Costco member accompanied by a service animal will have immediate access to their stores.

Costco also declares that they reserve the right under the ADA to confirm that the animal is a service animal by asking the two following or similar questions, is that animal a service animal? And also requesting to know what task or function the animal is trained to perform to help the person.

However, many people who have service animals will carry documentation through either a badge or a lanyard to declare themselves eligible to enter the store with a service animal.

According to the ADA, the regulations regarding emotional support or therapy dogs or animals differ from what applies to service dogs or animals. The ADA declares that emotional support dogs do not hold the required training to carry out specific tasks to help someone with a disability or impairment like service animals do, hence why they may not be permitted to enter stores.

So if Costco states that it is only service animals that will be the only kind of animals to gain entry to their stores, then how come there are some stores across the US that happily allow fur babies to walk through their doors.

The Costco website confirms their current policy regarding dogs in their stores, however, it is known through social media and from personal experience that some Costco stores around the country allow dogs into their stores despite having their dog policy available to read upon entrance to their stores. Whilst we can’t confirm which individual stores do and do not permit the entry of all dogs into their stores, we can share some of our findings.

We’ve come across some Costco stores that allow the entry of dogs into their stores as long as they are on a leash, they’re well behaved and any mess they make is cleaned up after. Which goes against their official company policy.

This leniency differs from store to store and often depends upon the opinion of the management at the store. Many employees of Costco have said that they’re encouraged by their managers not to ask for official documentation from anyone entering the store with animals to avoid not following the correct procedure and possibly causing offense to the person entering.

Others have also confirmed that management has told their employees to allow dogs to enter their store as long as the dog behaves well on the leash walking with their owner, not acting aggressive or unruly towards other customers and if the dog creates a mess on the floor then it is the owner’s responsibility to pick it up.

However, this confusion and lack of consistency regarding the regulations has caused upset with certain employees of Costco and also with members of the store. Many people take advantage of stores that do not request documentation to identify a service animal upon arrival. There have been some instances where badly behaved dogs have caused disruption or scared fellow customers who have phobias of dogs.

Costco employees do not have a say in the matter as they are only following protocol of what is required from their store and only advise customers to direct their complaints about the policy towards corporate so they can change it.

Some Costco employees have noted that when they have denied entry to someone who claimed their dog was a therapy or emotional support dog, the customer has complained to the corporate despite the employee adhering to the company’s official policy.

What about Costco stores in Canada?

Costco stores in Canada are a lot stricter regarding their dog policy and they only allow service dogs to enter their stores with no exceptions as the safety and welfare of their associates and their customers is their top priority.

As long-time dog owners, we understand both points of view regarding the dog policy. Some people are just not fans of dogs, or some may have had a bad experience with a dog in the past which has led them to develop a deep fear of them. It’s easy for someone to be triggered by the sight of a dog coming their way, even if they’re well behaved, and if they’re not trained properly it could be a recipe for disaster.

It’s also unfair for people who have bad allergies to animal hair to come into contact with dogs in a place where you would not expect to find them. Some may say it is unsanitary for dogs to come into stores that sell food as dog fur can fall out or malt and drift onto fresh food on the counters.

Unruly dogs may even feel obligated to put their front paws up on the counters to take a closer look at what’s on offer, which is not what you want to see when you’re doing your food shop.

It’s fair to presume that some dog owners exploit this lenience of the dog policy and come into the store with dogs who are not correctly trained. If your local Costco allows dogs inside, then you should make sure your dog is toilet trained and if they do have an accident you should clean it up.

You should also make sure your dog is well behaved around other people and does not bark, jump up on people or pull when triggered by something. Not only will your dog need to behave well around people, but they should also be friendly towards other dogs as a brawl in the middle of an aisle could be humiliating for you and your dog.

If we’re being honest, taking your dog with you to do a shop in Costco is not a necessity, it’s probably more of an inconvenience trying to control your dog and your shopping cart at one time in comparison to leaving your dog at home for a short period.

We’ll stick to pet stores where we can confidently take our canine companions out with us knowing that if they bark or accidentally go to the toilet on the floor, you won’t feel as much shame as you would in a store like Costco.

Dog’s can be unpredictable and even if you think you have the world’s most well-behaved dog, it can take one incident to change everything. Service dogs are thoroughly trained by professionals and we do believe they should be the only ones to enter stores like Costco as they physically help someone with a disability or impairment to carry out their tasks.

So to answer the burning question, yes Costco does permit the entry of dogs into their stores but only if they are a service dog.

However, despite the official policy, some stores won’t question customers entering with their dogs so you can either take the risk by bringing your dog along or try and blag your way in by saying they are a service dog. Some employers are told not to question their customers so you may get lucky.