Foxes are known for being intelligent yet playful. However, these animals aren’t always friendly toward humans. In fact, foxes are often considered dangerous because of their sharp teeth and claws. 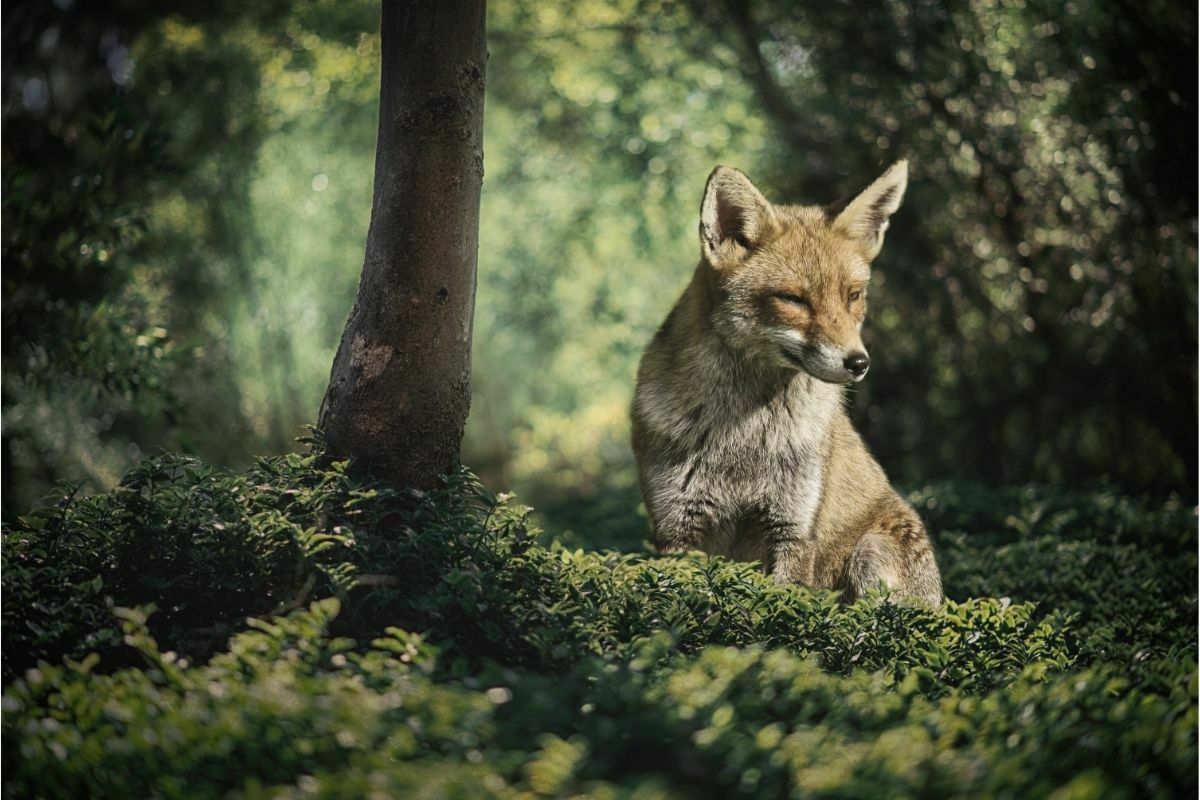 However, if you still want a fox as a pet, then you may want to consider some dog breeds that look like a fox.

In this article, we have put together the dog breeds that most look like a fox, for all you fox lovers out there. Now you can have your own fox-like dog as a pet. 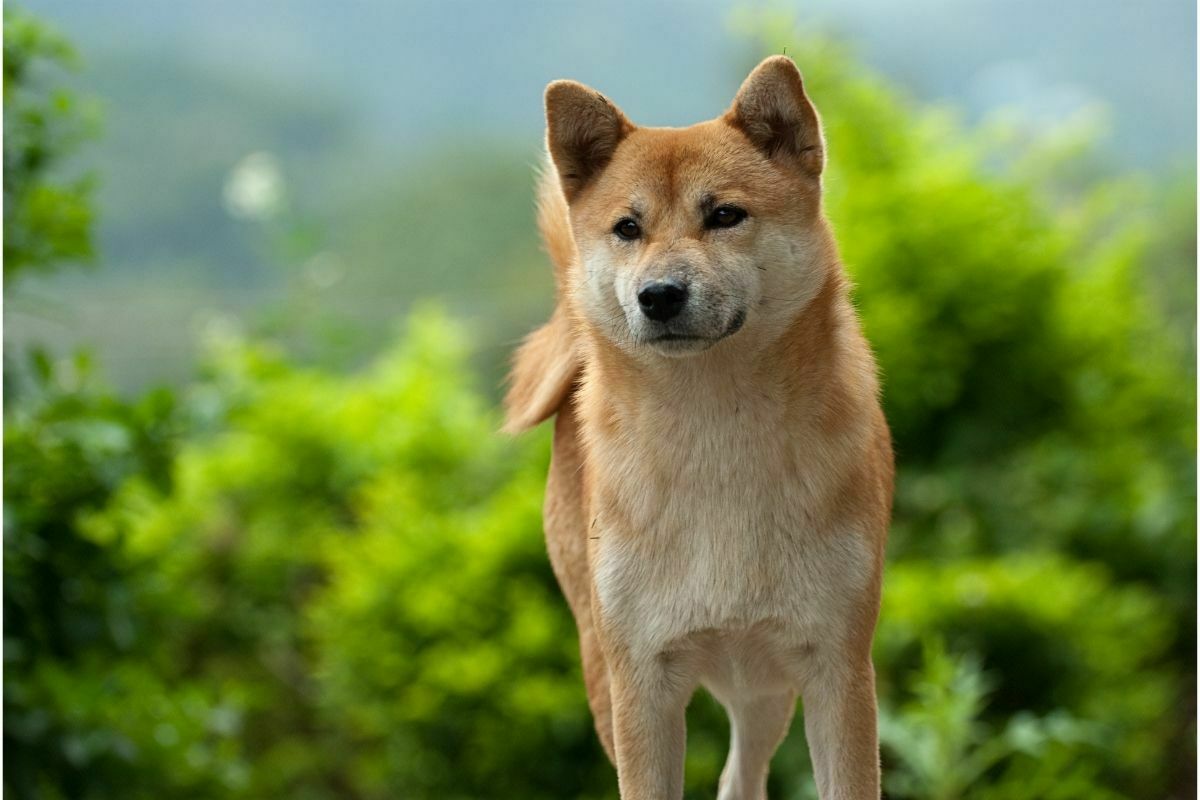 The Shiba Inu is a type of Japanese Spitz dog that was originally bred to help its owner during hunting trips. They are extremely intelligent dogs, who also like their independence.

They have a thick coat and pointed ears. Yet, it is their coloring that makes them look so similar to a fox. The orange to tan upper coat, paired with the cream-like undercoat, makes this dog breed look so much like a fox. 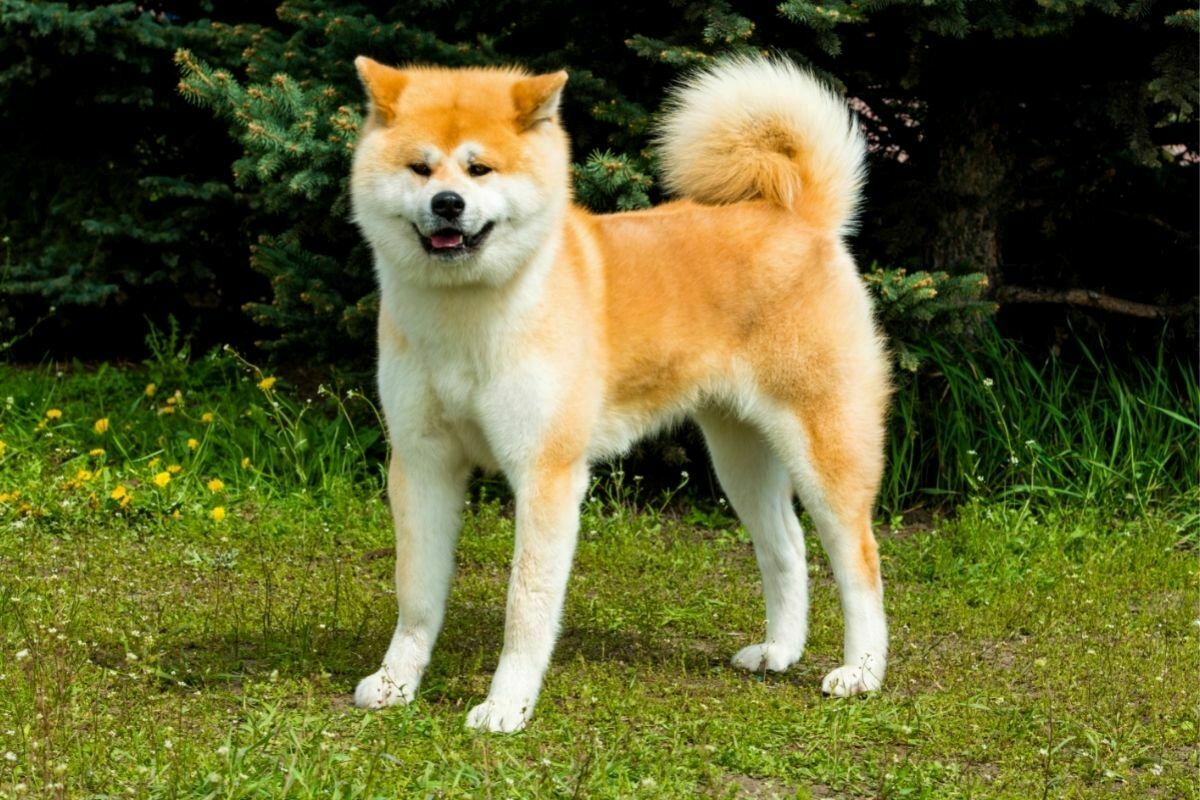 The Akita Inu is another Japanese Spitz breed of dog. These are quite large dogs that are known to sometimes have a bit of a temper but are very loyal.

They can sometimes be referred to as the Silent Hunter. Their thick coat and upright ears are what make them look so like a fox. Alongside this, the coloring of their fur is similar to a fox as well.

The Finnish Spitz is actually the national dog of Finland. This breed was developed for hunting. They are protective towards their owners and are again very intelligent dogs.

The vibrant red coat, with the small fox-like ears, is what has made the Finnish Spitz to be added to our list. You could easily mistake this dog for a fox when walking down the street. 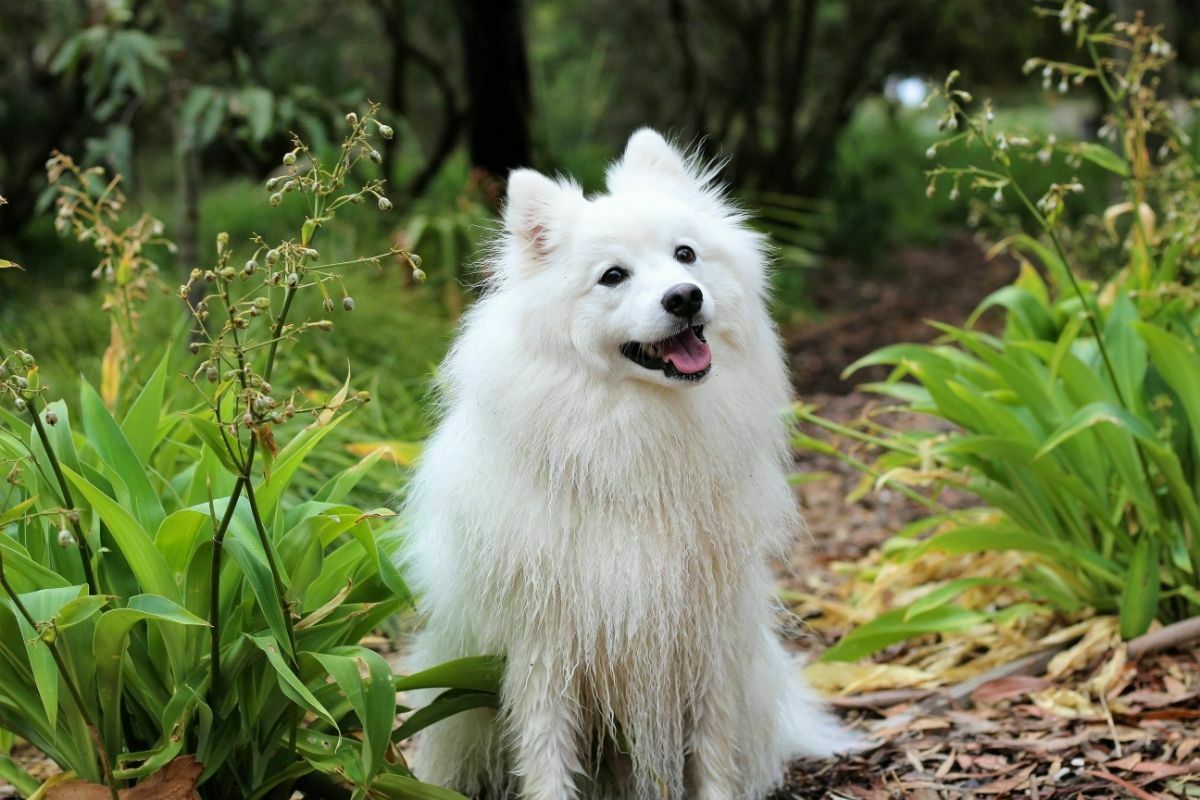 No one is certain where this breed came from, as the history of this dog was destroyed during WW2. Although, we believe that this dog descended from a mixture of White Keeshonds and White German Spitz.

These dogs have a close resemblance to the Arctic fox, due to their white coats. They also have small pointed ears and a small, narrow snout. All of these features are very common amongst foxes.

As a result, the Japanese Spitz looks like a close match to the Arctic fox.

It is believed that the Vikings used these dogs as herding dogs. The Icelandic Sheepdog is a very loving dog, who is a quick learner.

The Icelandic Sheepdog has similar facial features to a fox. Due to their narrow face and short upright ears. They also have long fur which looks similar to a fox’s fur.

You may be surprised to find them on our list, but when you look closely, they do share very similar features to foxes. The Pomeranian Spitz is a smaller breed of dog and will bark at strangers.

They can be quite feisty, and their upright ears with tan-colored thick fur resemble a fox.

Samoyeds look more like an Arctic fox than the orange ones you may instantly think of. This breed of dog is native to Siberia and Russia and is considered an ancient breed of dog.

Also known as Smiley, due to their friendly personality. Making these the perfect family dog. Their upright ears and fluffy white coats make them look very similar to the Arctic fox.

The Long Haired Chihuahua is another small dog, but it has plenty of personalities to make up for its small appearance.

They have triangular, upright ears, which is a common feature of foxes. Alongside that, they have a thick coat in tan and cream colors. While also their snout is pointed, which app helps make these dogs look like a fox.

The Alaskan Klee Kai may not be your first thought when it comes to foxes. However, during the summer months, the Arctic fox sheds their fluffy white coat for a darker coat. This darker coat is what helps with the resemblance between these two species.

Not only the darker coat but also features that help makes the Alaskan Klee Kai look like a fox. This is due to the pointed and narrow snout, and their triangular and upright ears. 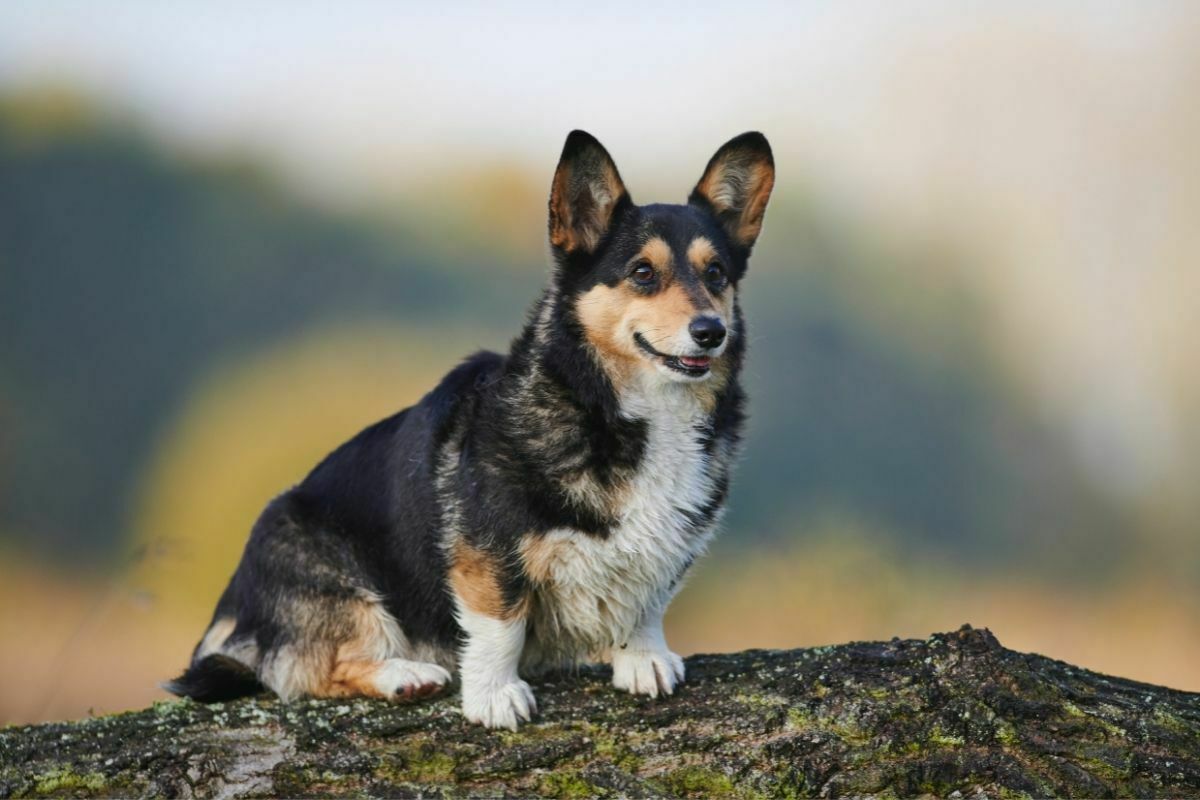 Due to their recognizable features, the Corgi is a very well-known breed of dog. You may not instantly think of fox when you look at these dogs, but they do share some common similarities.

This is thanks to their tan to red fur, which is most similar to a fox’s fur. Also, the Pembroke Welsh Corgi has pointed upright seats and a narrow snout. All of these features are what have helped to put this breed of dog on our list today. 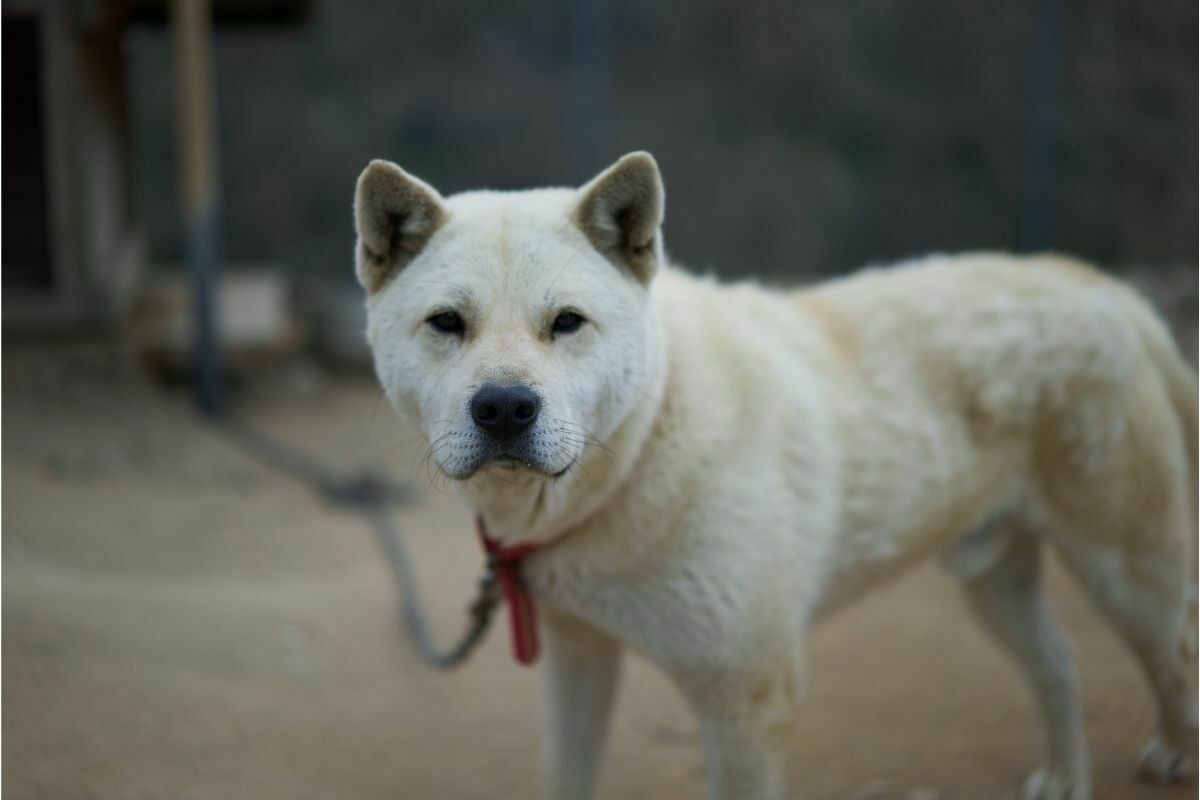 The Korean Jindo Dog is a medium-sized dog. He is a very friendly and loyal dog. The wide triangular pointed ears, along with the traditional fox coloring, help to make this dog resemble a fox.

You can either have this dog in either tan or white-colored fur, which helps them look like both a traditional fox and an Arctic fox. 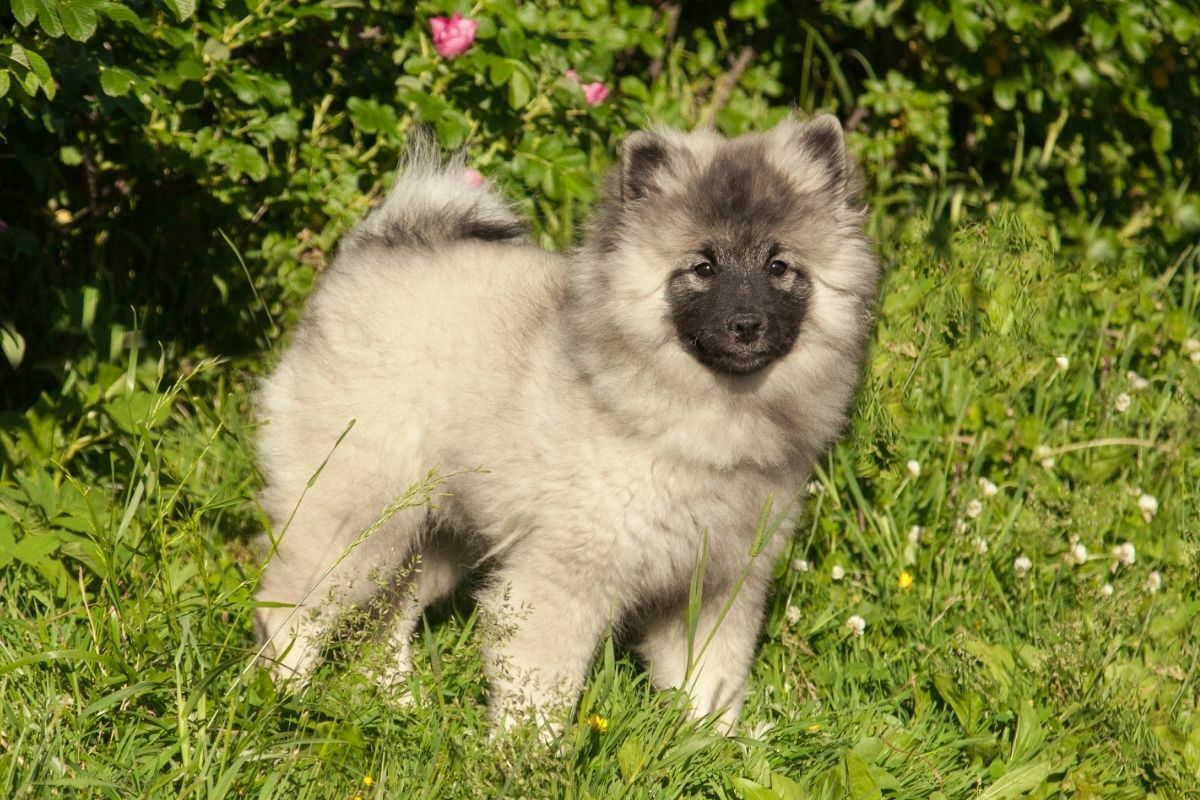 The Keeshond is a favorite breed of dog among the Dutch. These dogs are always very alert, which makes them ideal to be used as watchdogs.

The Keeshond resembles not just foxes, but other animals as well. They even look like the larger Pomeranians, that we have already mentioned on our list.

These playful dogs have a pointed snout and upright ears that give them their fox-like appearance. Also, they are seen to be quite cunning, which is a distinctive feature among foxes in general. 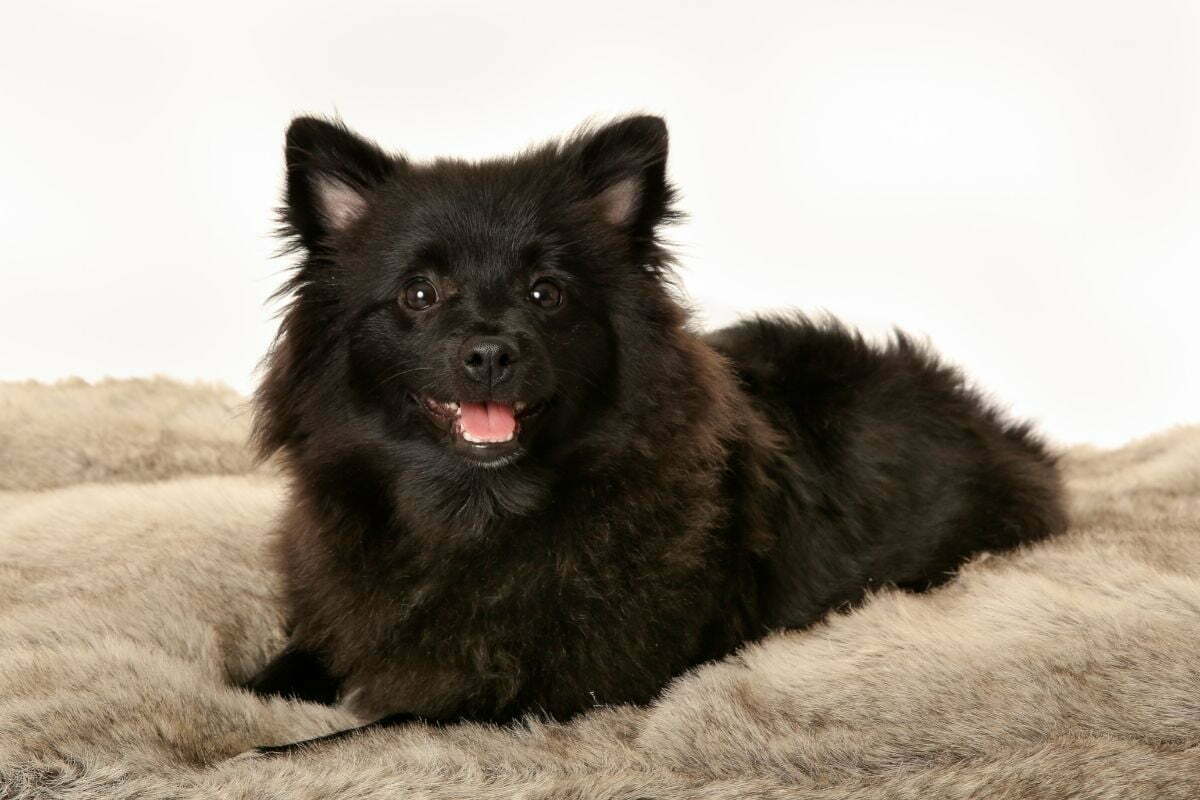 An Italian type of dog, which is just like the Keeshond, makes perfect watchdogs. A very loyal and playful dog that loves its family.

Unfortunately, this breed of a dog almost became extinct in 1965, however thankfully by 2006 their numbers began to climb. Although, they are still a rare breed to find.

What makes them look like a fox is their triangular and pointed ears. They have a narrow snout as well. These dogs look a close resemblance to the Arctic fox due to their white fur.

Another dog that is a close match to the Arctic fox, is the American Eskimo. This is a very affectionate dog, who is extremely loyal and protective towards its family.

Apart from their white coats, they also have triangular ears. This helps them give their fox-like appearance. 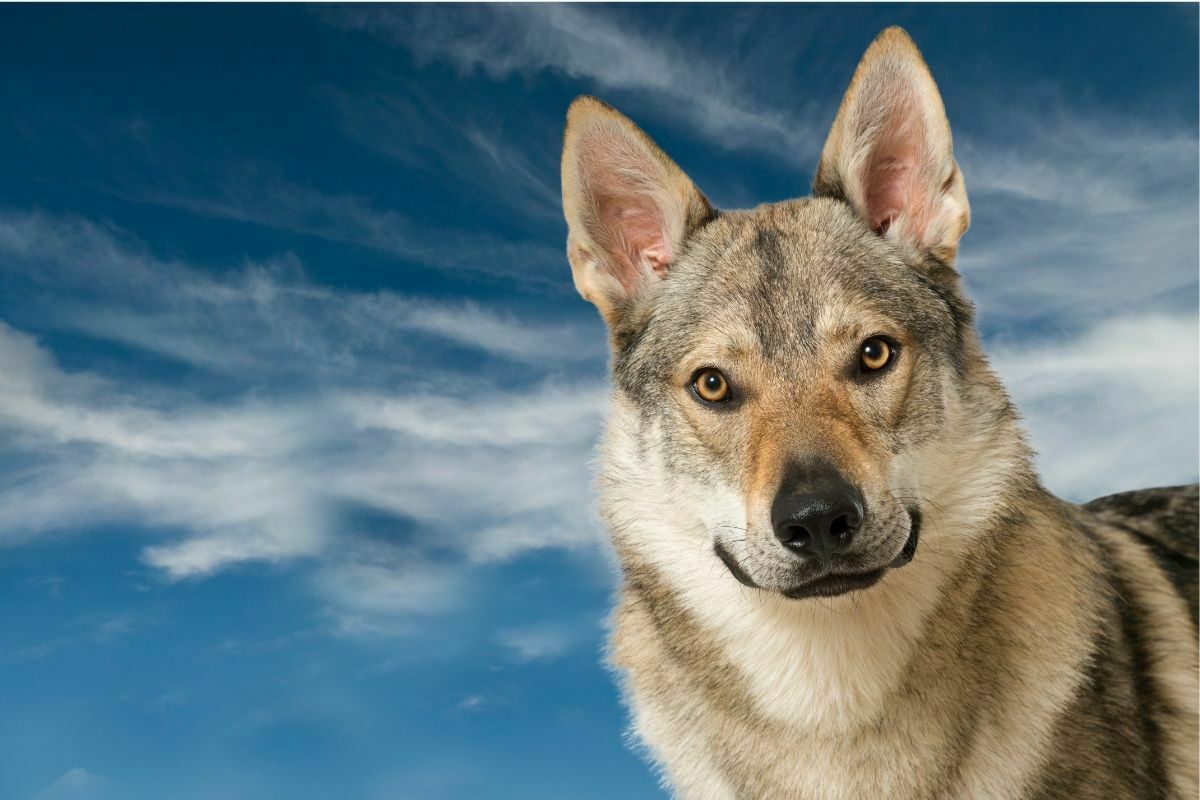 The Kugsha is native to America. We can’t deny that when you first look at them, you may think of a wolf rather than a fox. However, they still do share some traits with foxes, which is why they are on our list.

They have similar coloring fur to the arctic fox. They also have a lean body with wide, upright, and triangular ears. Alongside this, they share some personality traits with the fox, such as being quick and very intelligent. 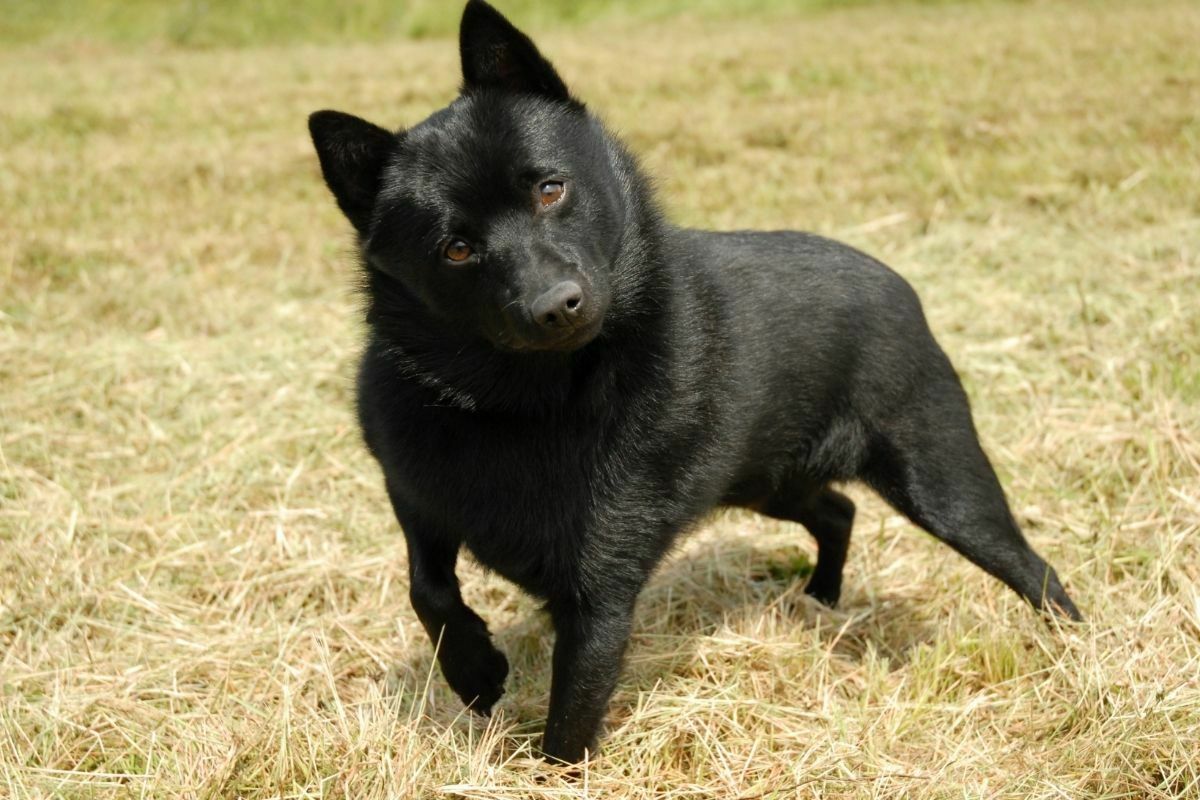 The Schipperke looks very much like a black fox. They enjoy their independence but can be very loyal to their owners. It is known that this breed of dog likes to voice its opinions regularly and can be quite loud.

The reason they are on our list is that they have small upright and triangular ears, which are very common with foxes.

They also have a thick black coat, which sometimes has white markings. All these features help to give the Schipperke their fox-like appearance.

The Norwegian Elkhound is the ideal blend of the Spitz and Hound breed of dogs. They are commonly quite protective, but playful and intelligent.

These may be small dogs, but they require lots of exercise and love from their family. They do not like isolation and being away from people.

When you look at a Norwegian Elkhound, you will notice its narrow snout and small, pointed ears. Their fur is also very similar to that of a fox. All of these features help give the Norwegian Elkhound its fox-like look. 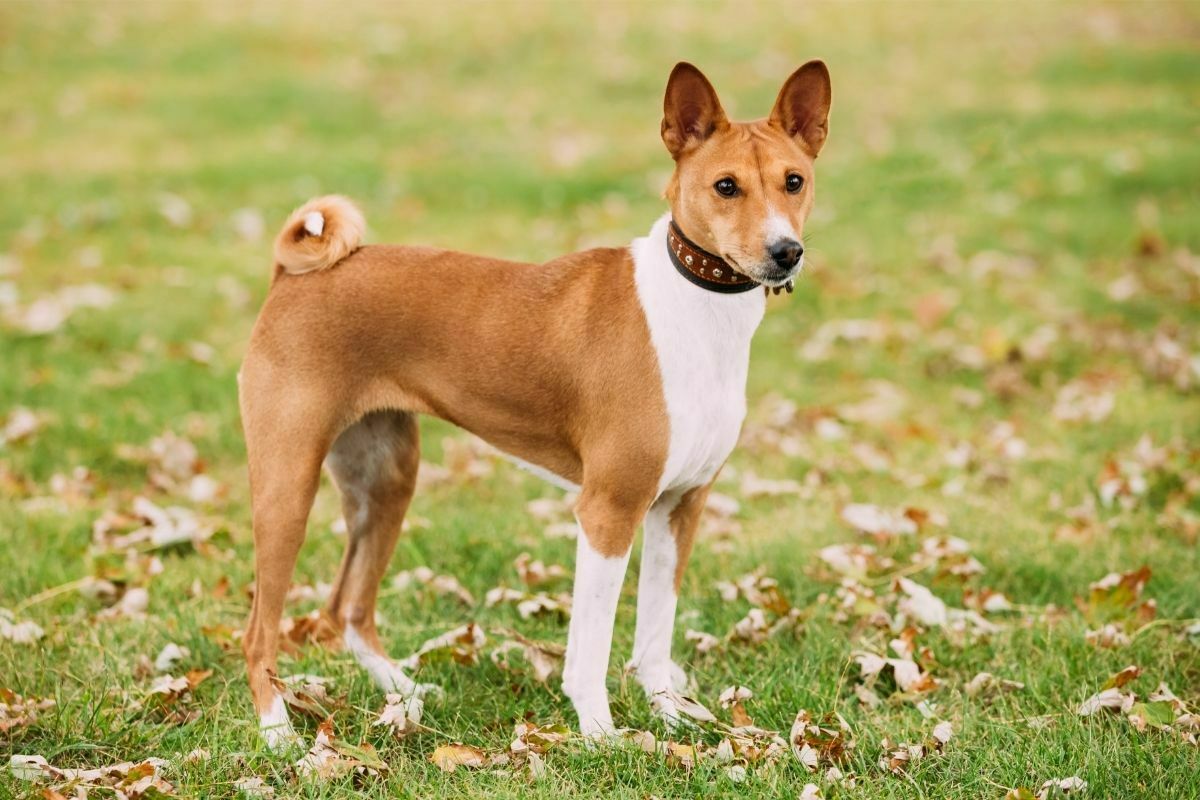 The Basenji is known as the barkless dog, which is a very old breed of dog. There are depictions of these dogs in various ancient artworks.

These are very intelligent dogs that are very loving towards their owners. However, they need a lot of exercise. Although, these are very uncommon dogs to find.

Their fox-like appearance isn’t very strong, but it is their orange coloring and long pointed ears and snout. These features are what help make this breed of dog look close to a fox.

If you love the look of a fox, then you may want one as a pet. However, foxes don’t make the best pets. As a result, you require a dog that looks like a fox, as they will be the closest resemble that you can get.

As you can see, there are various breeds of dogs that you can choose from. Hence, there is no reason why you can’t have a dog that looks close to a fox.