You know what it’s like, your kid says they want a dog like “that one” as they point at a good-looking dog. 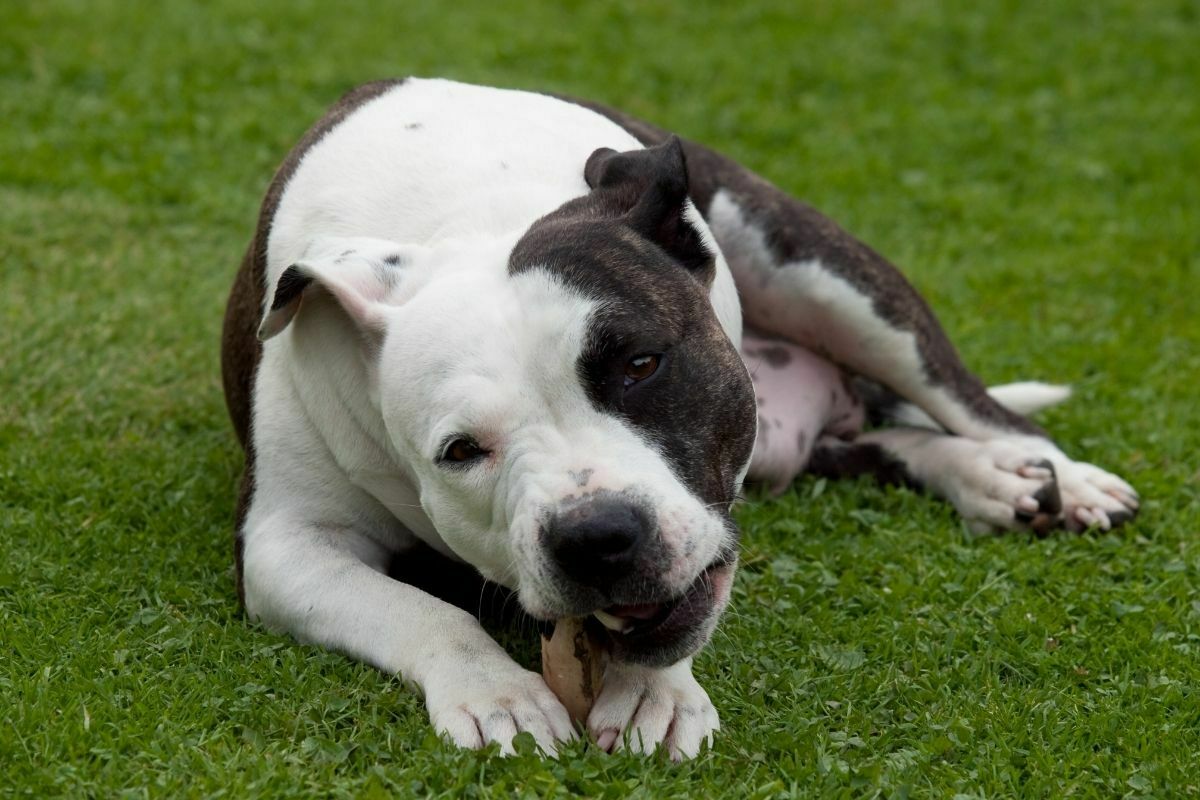 But if they’re pointing at a pit bull, you may have misgivings about that particular breed because they have a reputation for aggression, which makes them less than ideal as a family pet.

This is why we’ve put together a list of over 15 different breeds of dog that look the most like pit bulls. That way, you don’t feel like you have to go with a pit bull to get an appearance you like the look of.

(These breeds aren’t listed in any particular order.) 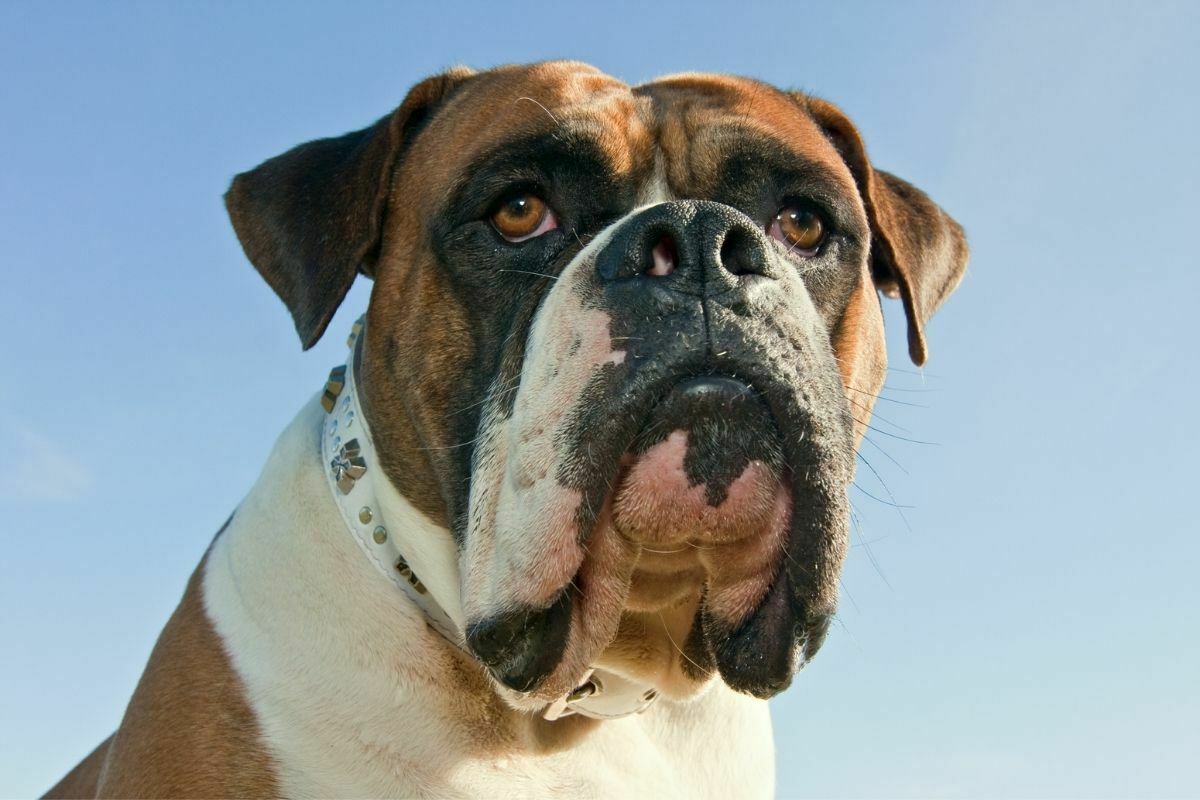 The American bulldog has an uncanny resemblance to the pit bull, both in the face and body.

They have been bred for centuries to be aggressive and protective. They are known for being very loyal and friendly towards their owners. However, they can also be stubborn, so make sure you train them well before taking them home. 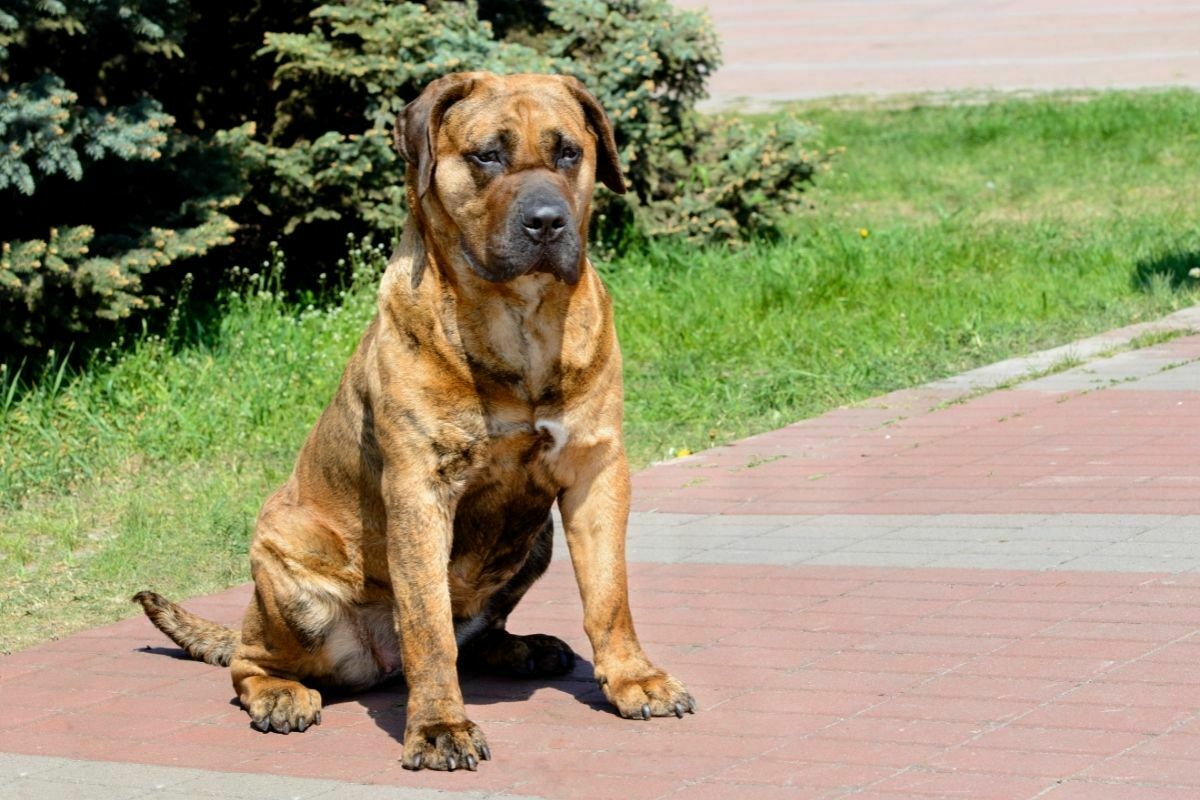 The Presa Canario is another breed that looks just like the pit bull. It was originally developed in Spain, but is now found all around the world. It is considered to be a working dog and is used for herding sheep and goats.

It has a short coat and is considered to be a gentle breed. If you want a dog who will love you unconditionally, this might be the right choice for you. It’s also great for people who live in areas where there are large amounts of wildlife. 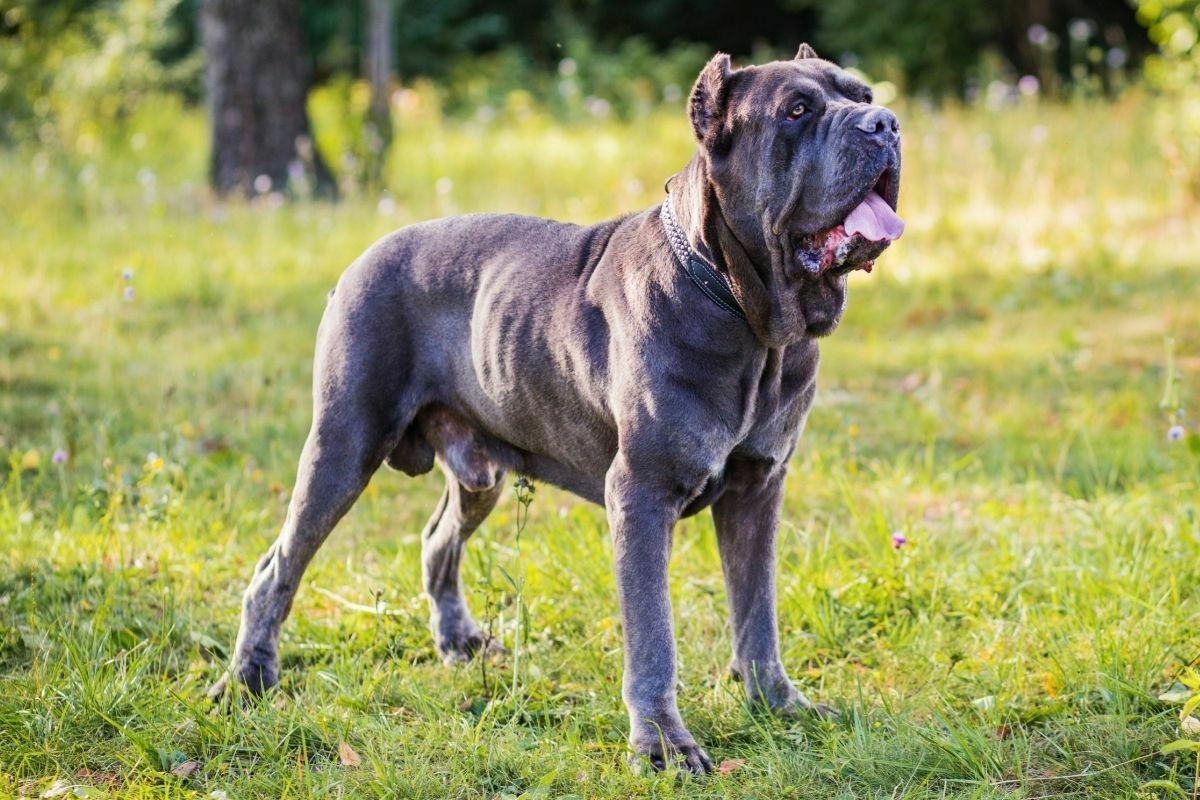 The cane corso is a large dog from Italy that resembles the pit bull. They were originally used by farmers to guard livestock and protect against thieves.

Although they do not usually bark or growl, they are still known for their protective nature. They are great with children and are generally very friendly. They are also intelligent dogs and can learn many tricks. 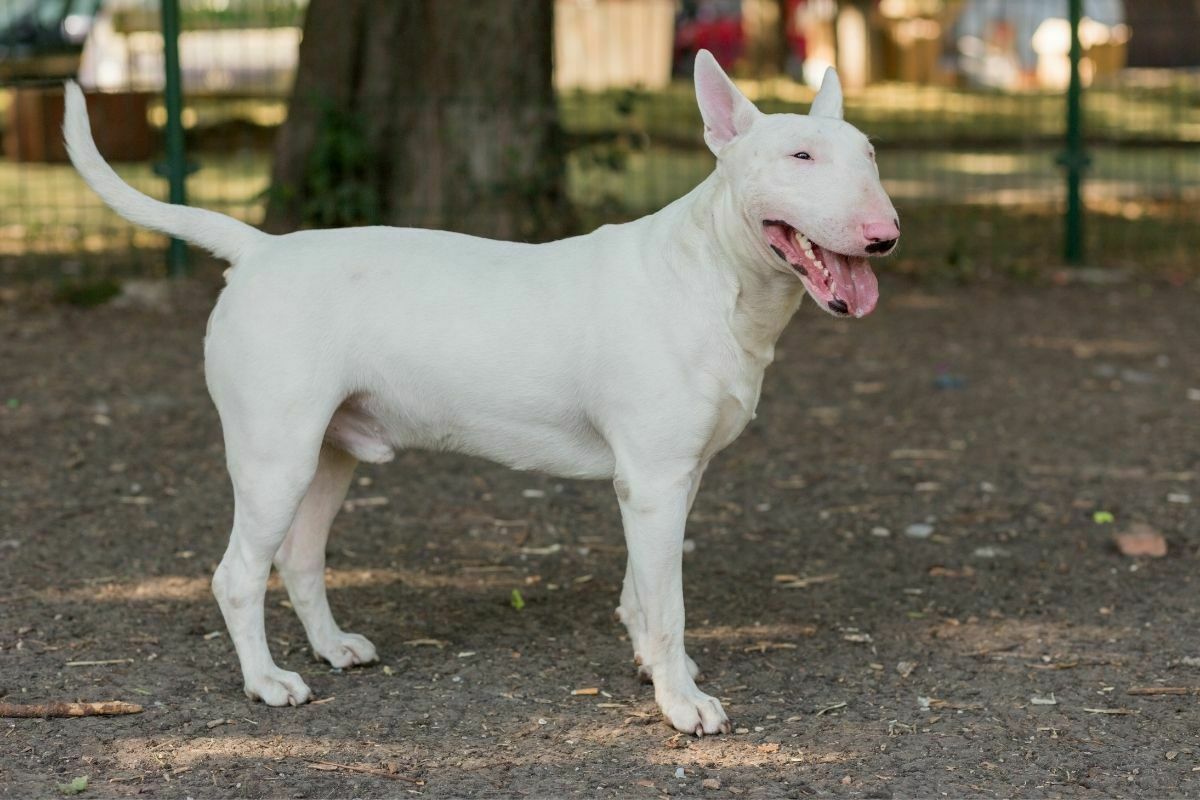 Another breed that looks almost identical to the pit bull is the bull terrier. This small dog originated in England and is often confused with the pit bull due to its similar size and temperament.

However, unlike pit bull, the bull terrier does not have a reputation for being aggressive. They are affectionate dogs that are easy to train. They are also smart and can learn tricks quickly. 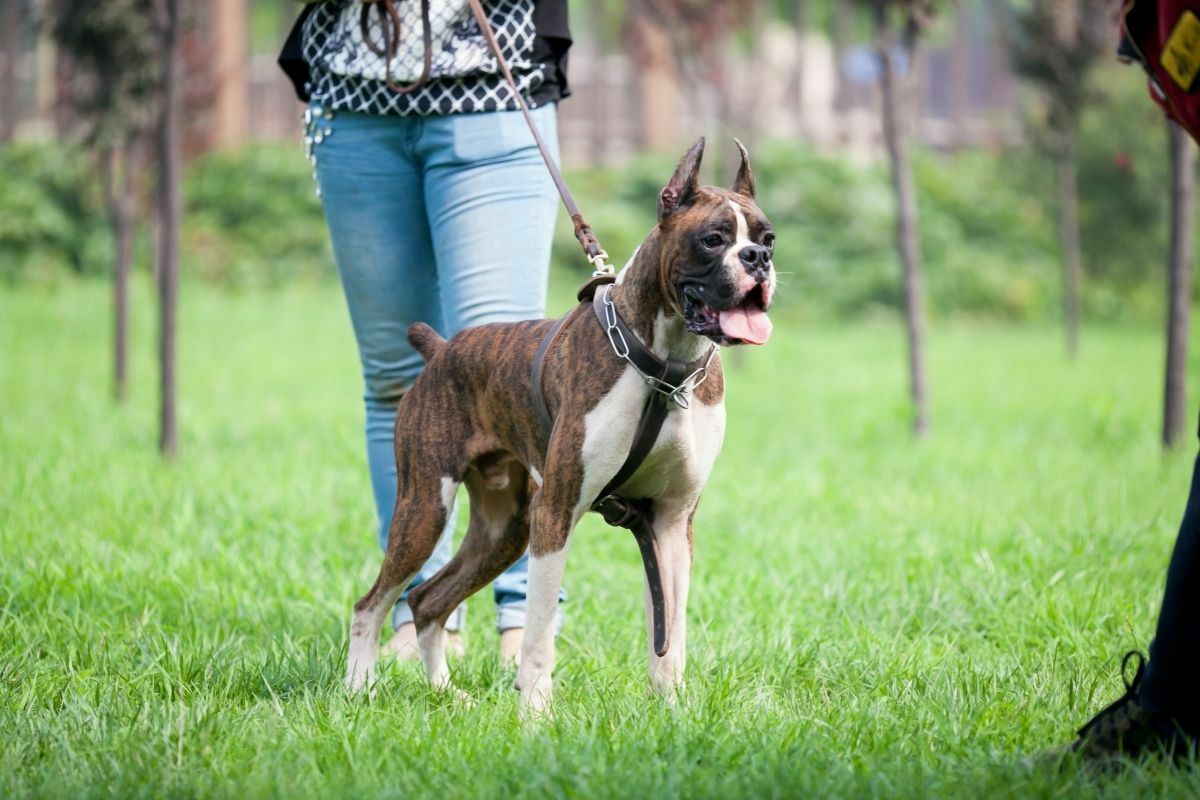 The boxer is a strong, powerful dog that comes from Germany. They are known for their loyalty and intelligence. They are also extremely agile and athletic.

They are highly active dogs that require plenty of exercises. Although they are sometimes seen as intimidating, they are actually quite playful and loving 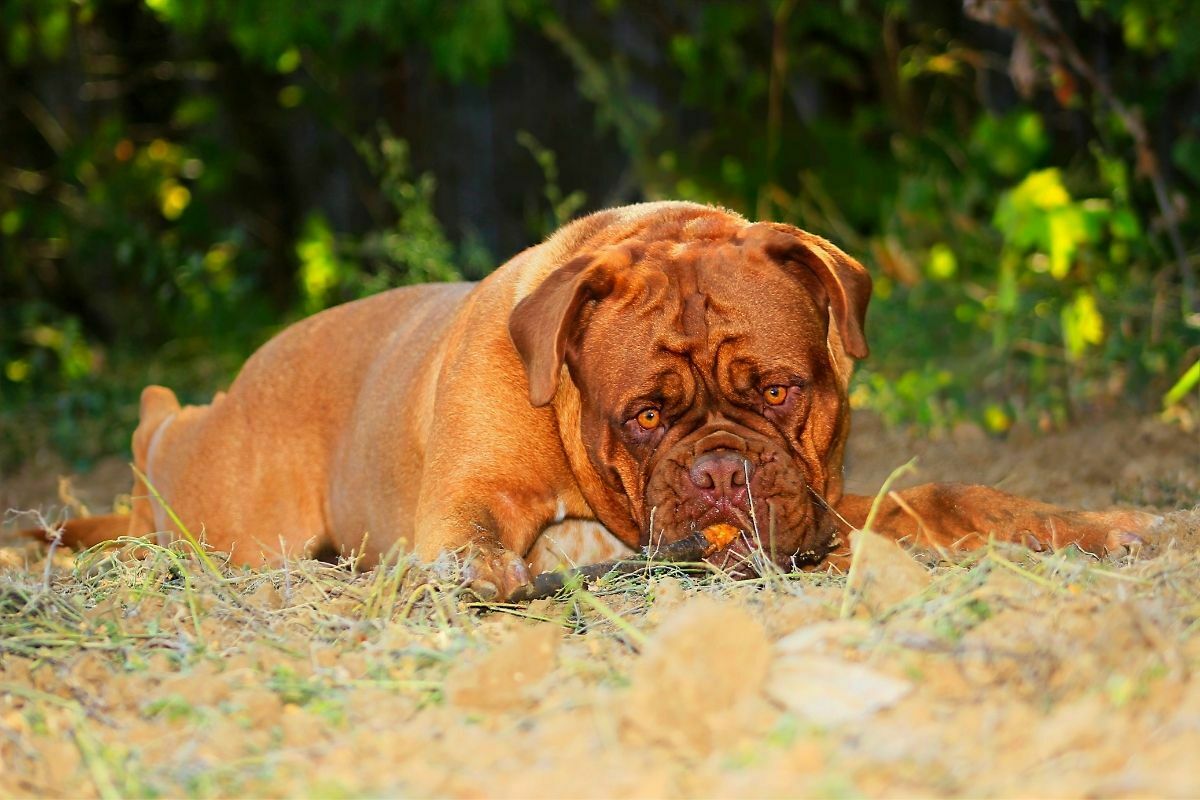 The dogue de Bordeaux is a French breed that looks like the pit bull. They are intelligent, friendly dogs that are excellent with kids. They have a long history of guarding and protecting people and property.

They are also good watch dogs because they are alert and observant. They are also known for being fearless and courageous. 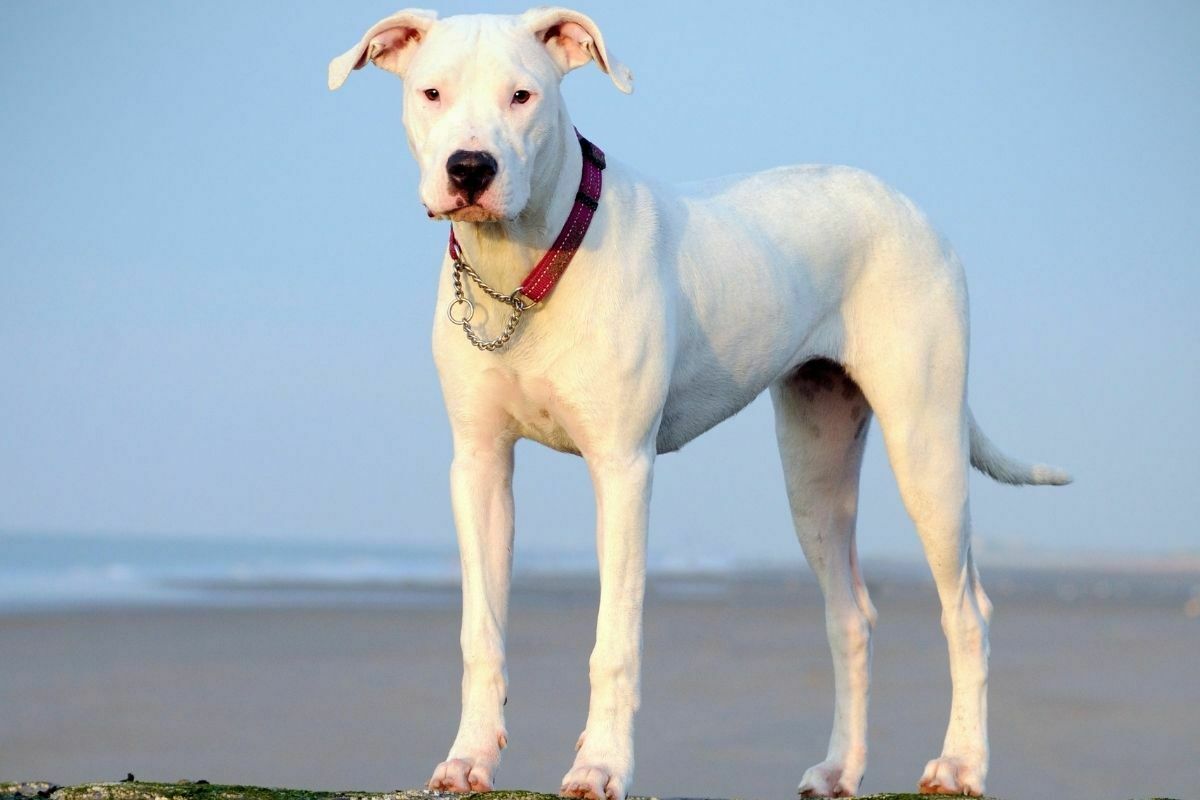 The dogo argentino is a South American breed that looks very much like the American Staffordshire Terrier we showed you earlier. 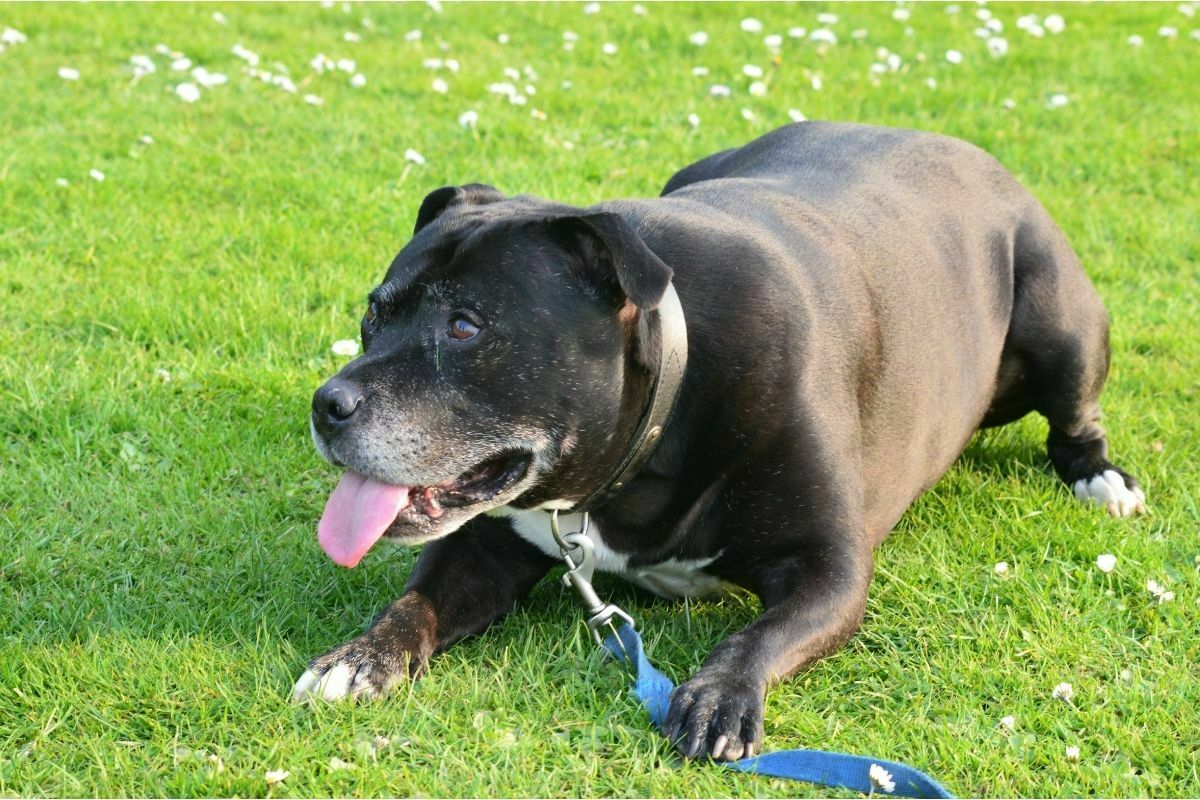 This is one of the most popular types of pit bull-like dogs. They come from England and are known for being very protective of their family members.

They are also very smart and trainable. These dogs are best suited for homes with older children or adults. They are also great with other animals such as cats and small dogs. 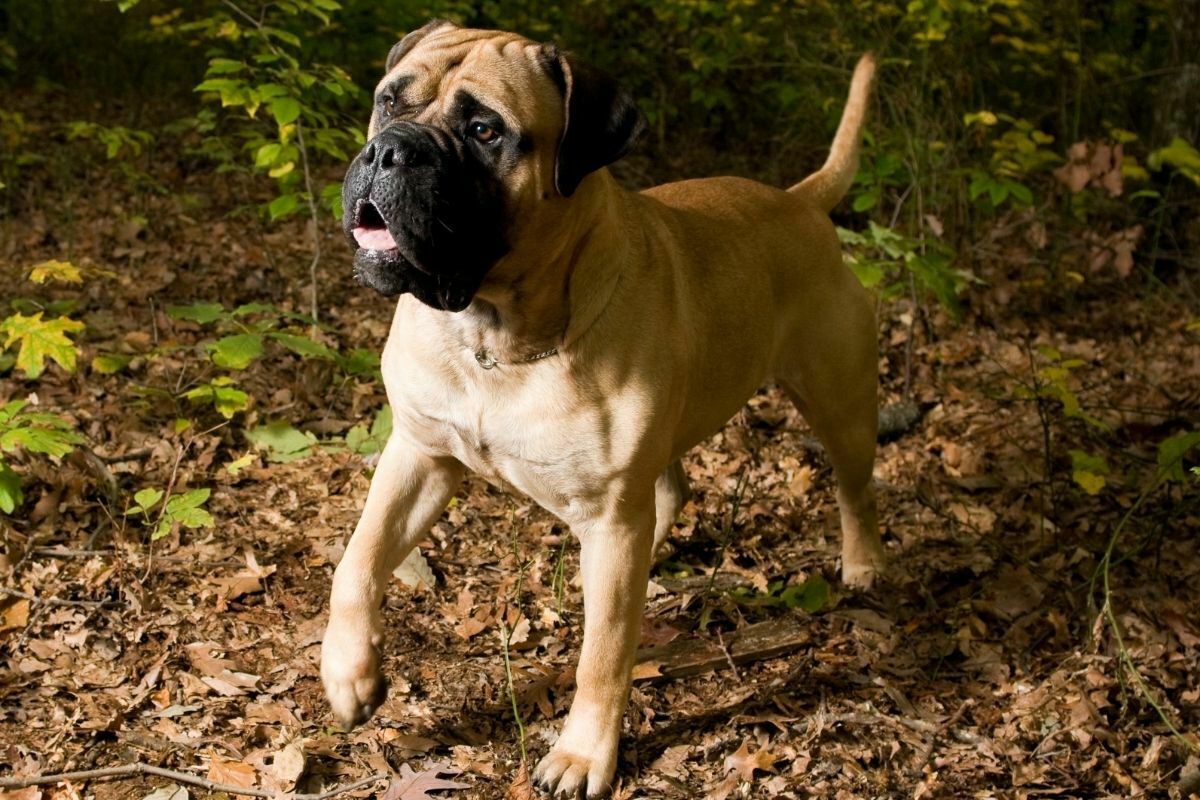 The bull mastiff is a massive dog that originated in Europe. They are known for having huge heads and broad shoulders.

They are incredibly devoted to their owners and are always ready to protect them at any time. They are also extremely loyal and protective of those who care for them. 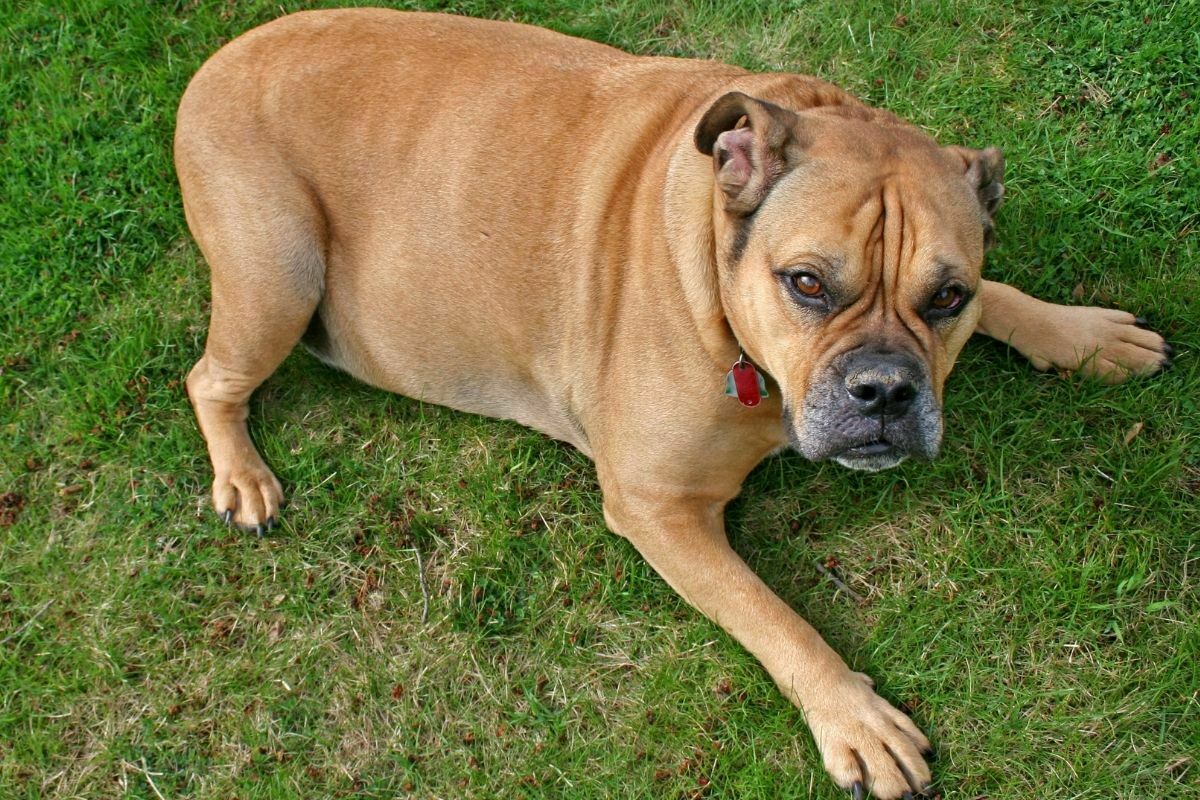 The Old English Bulldog is an adorable breed of dog that originated in England. They were originally bred to hunt bears and wolves. Like other bulldogs, these dogs have a very distinctive face, similar to that of a pit bull.

Although they are no longer used for hunting purposes, they are still very loyal and protective of their owners.

Their short legs make them look even smaller than they really are. They are very friendly and loving dogs that get along well with children.

The Alapaha blue blood bulldog is a rare breed of dog that originates in Africa. It was developed to hunt big game such as lions and elephants.

They are extremely loyal and protective towards their owners and are very gentle around children. They are also good watchdogs that can detect intruders before anyone else notices. 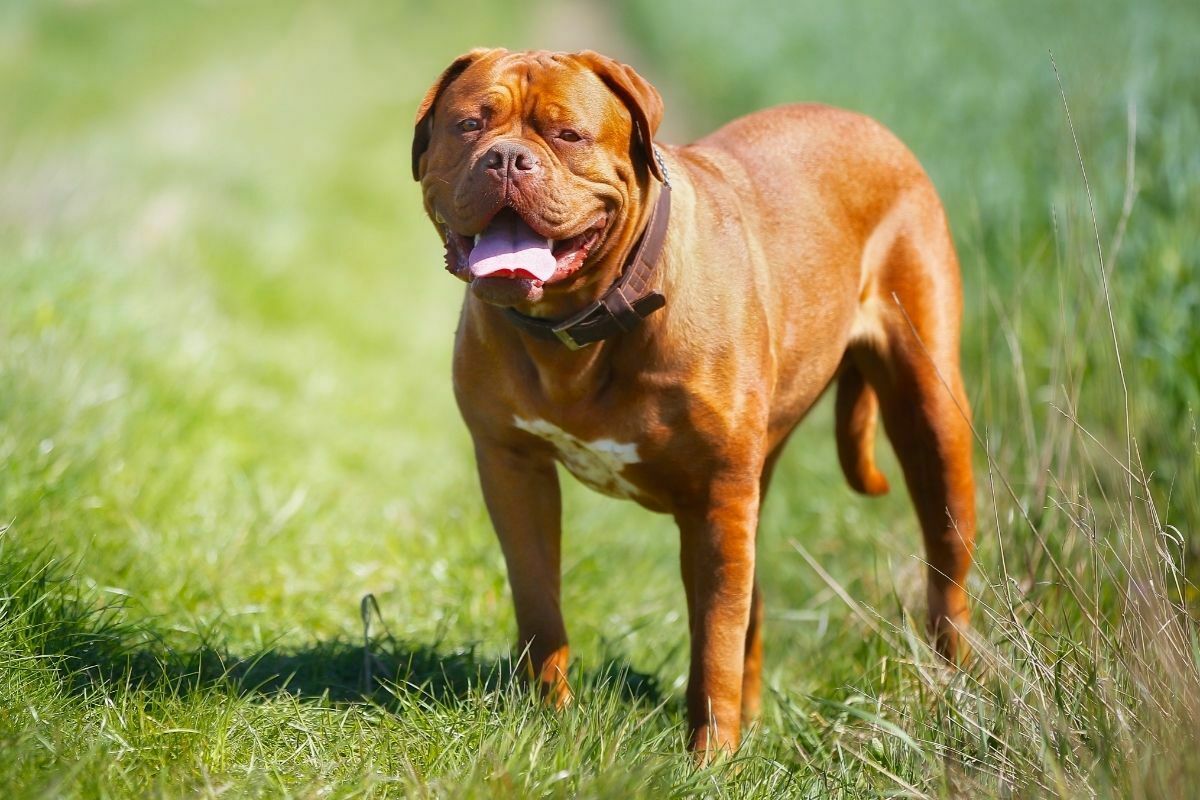 The ambulance mastiff is a large dog that originated in Spain, where they were bred to be used as guard dogs.

Although they can be very intimidating, they are very friendly and love playing. They’re also quite good with children and other pets.

They are very loyal and protective towards their family members and will attack anyone who threatens them. They are very strong and sturdy dogs that love nothing more than playing tug-of-war with their owner. 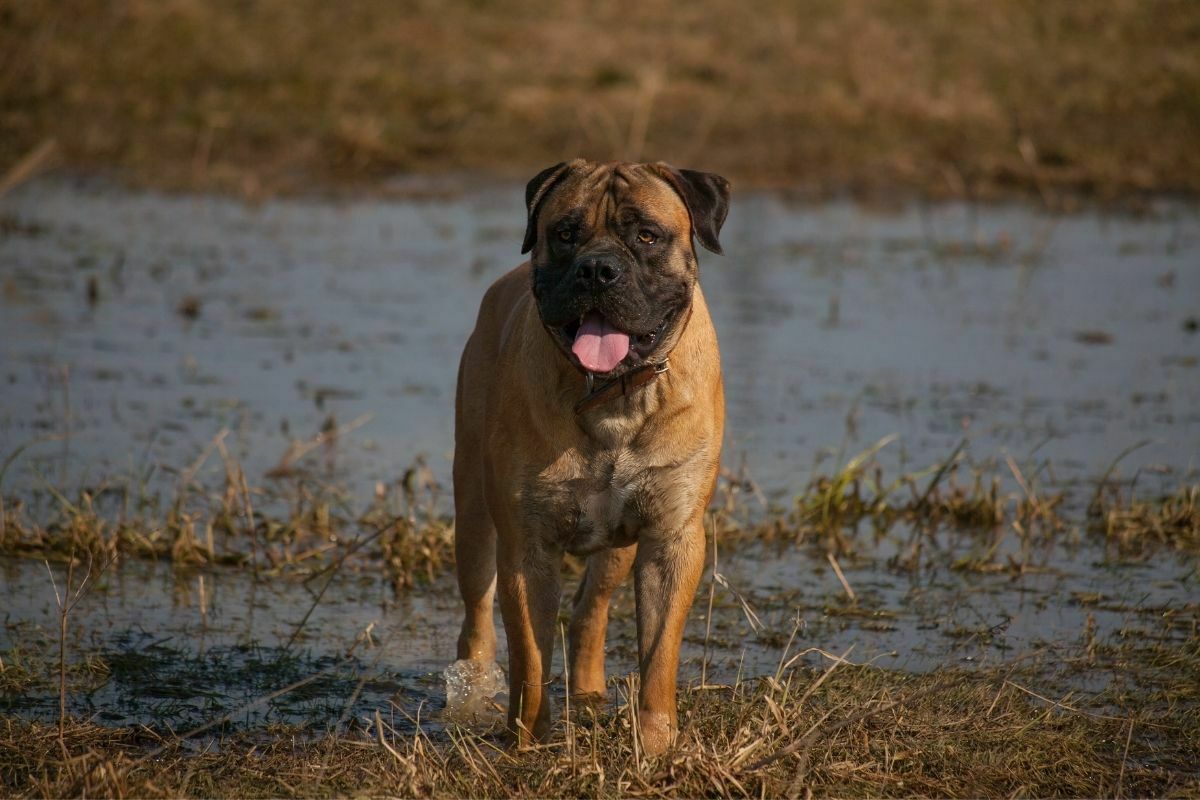 The Boerboel is a type of mastiff that originated in South Africa. They are very strong and muscular dogs that can be great with children with little socialization and training.

They are also known for being very protective and territorial. They are not recommended for first-time dog owners because they tend to be aggressive when they feel threatened. 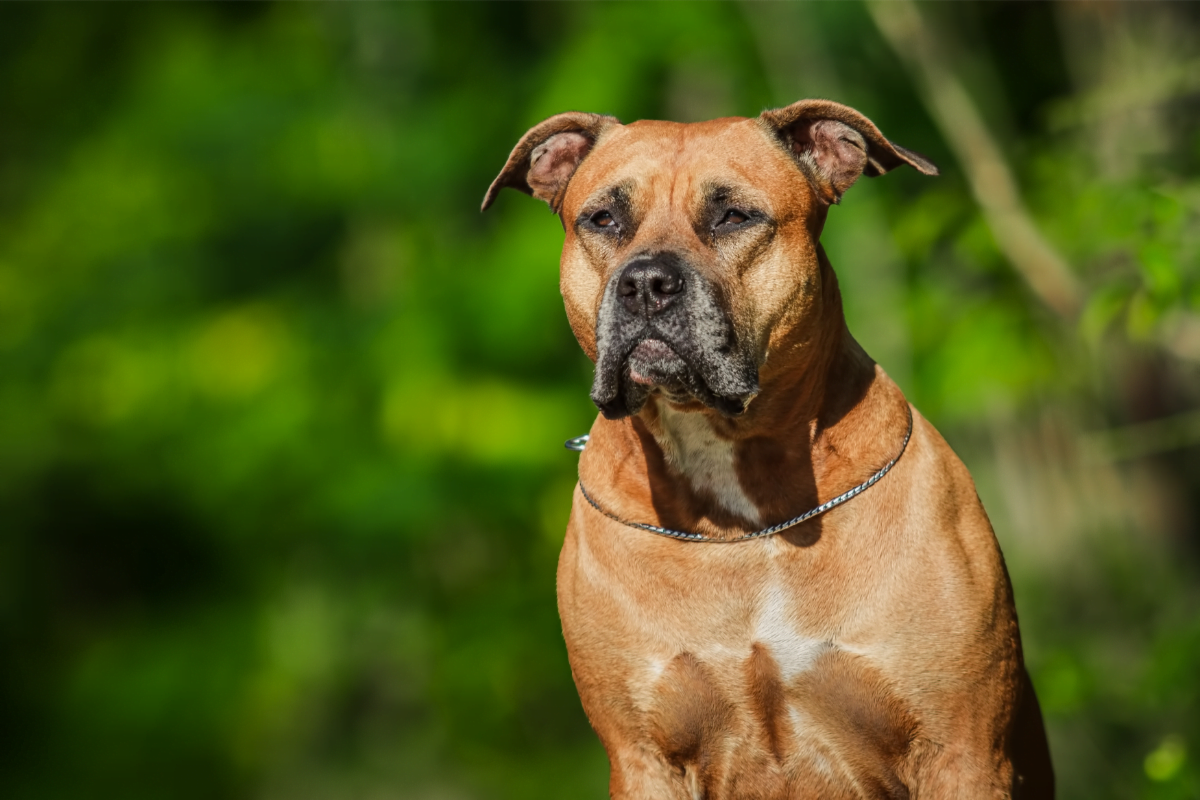 The American Staffy is a very popular type of pit bull-like dog that originated in America.

They are very friendly and energetic dogs that make wonderful pets. They are also very intelligent and trainable. They are very athletic and need plenty of exercises. 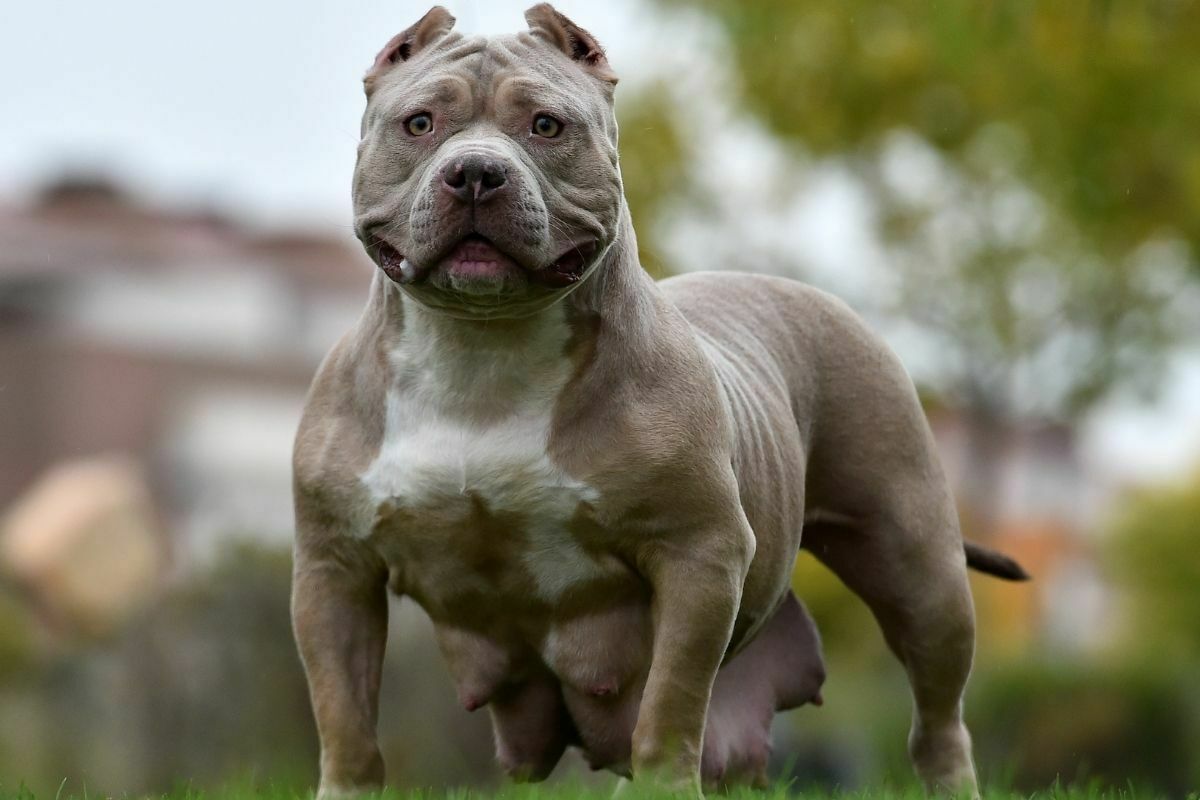 The English mastiff is a massive, powerful dog that originated in England over 500 years ago. It is considered to be one of the oldest breeds of dog.

They are very protective and territorial towards their families and are highly intelligent. They are also very patient and calm, making them excellent companion animals. 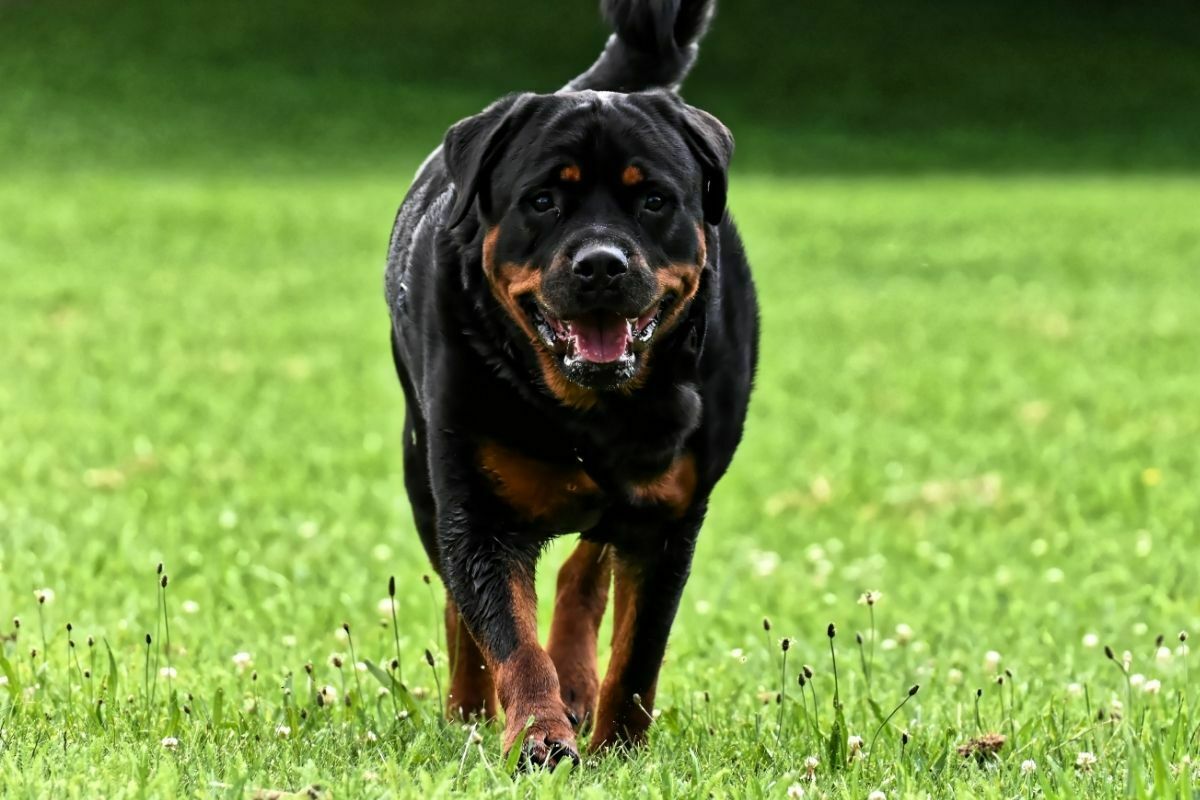 The Rottweiler is a large, powerful dog that originated on the continent of Europe.

They are highly intelligent and are excellent guard dogs. They have an independent streak but don’t take well to being left alone too long. 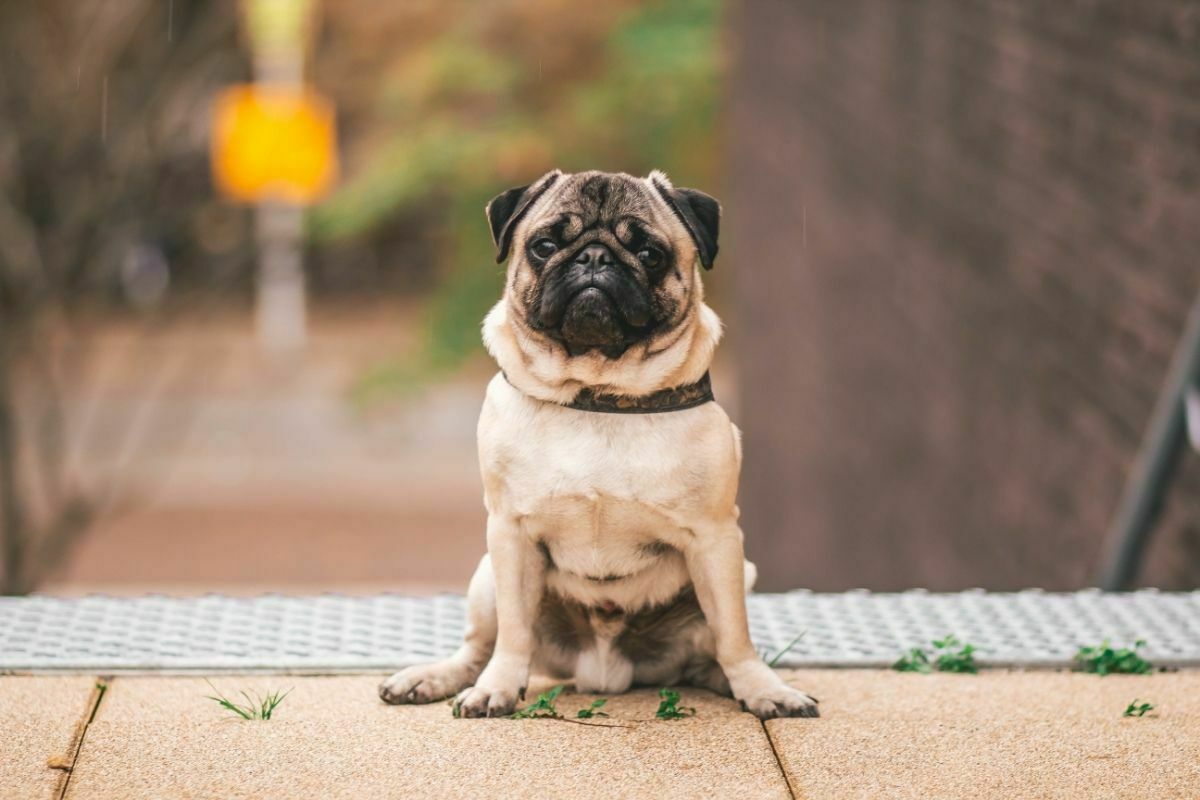 The pug is a small, cute dog that originated in China. They kinda look like miniature pit bulls.

With similarities in the face, the pug breed allows you to add a dog to the family that looks sort of like a pitbull, but is much smaller. A lot of people prefer smaller dogs because they appear easier to handle.

They are very playful and affectionate dogs that make good companions for families with kids. And they aren’t at all aggressive, though they do like to play tug of war. 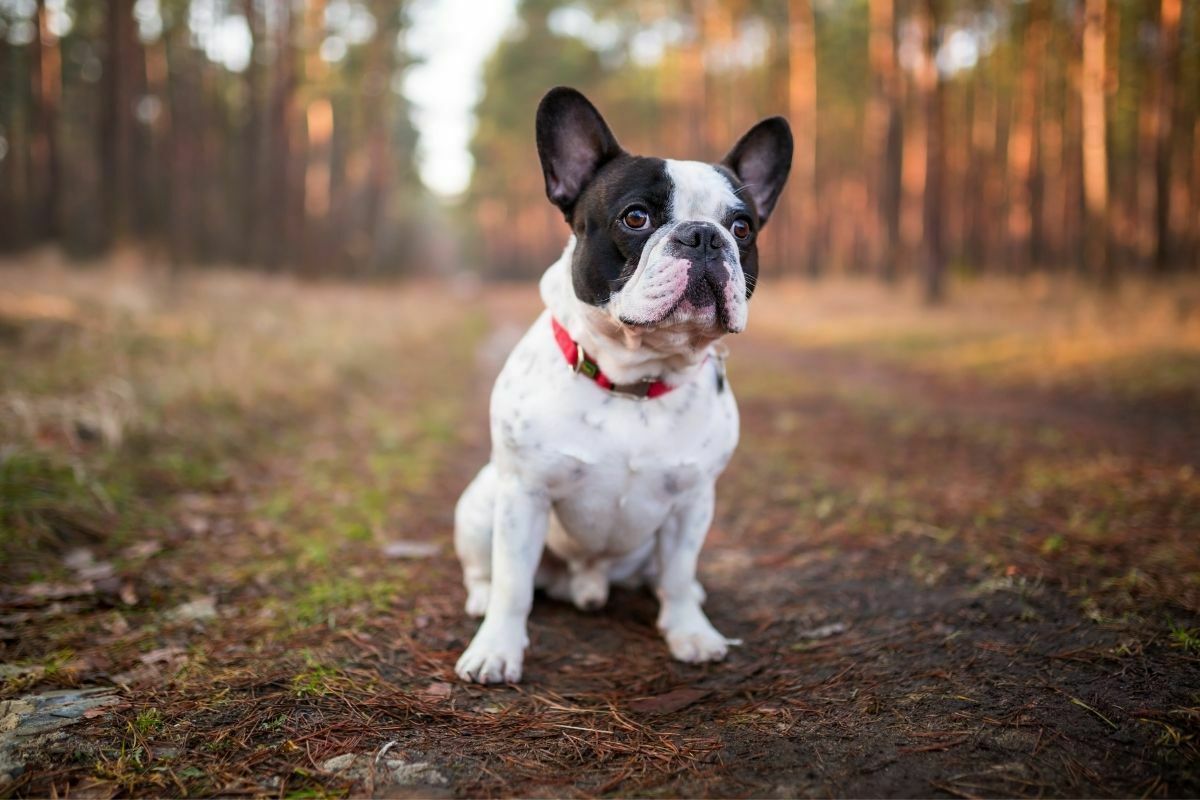 The French bulldog is a tiny, cuddly dog that originated in France.  It has been around since the 1700s and is still going strong today.

They are extremely loyal and loving dogs that make fantastic pets. They are also pretty smart and easy to train. 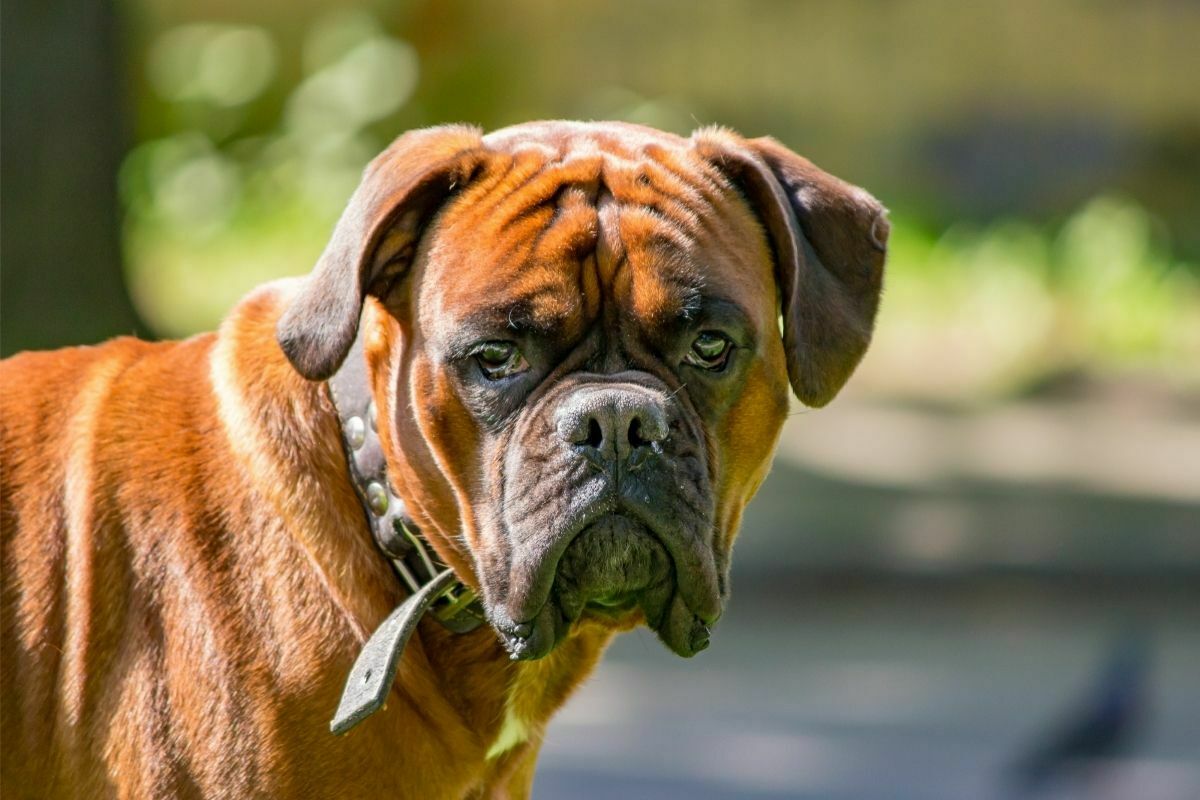 The Leavitt Bulldog is a small, sturdy dog that originated in the United States.

They are an active, friendly breed that gets along well with kids.

Pitbulls often get a bad reputation, but in reality, these dogs are often incredibly loving and caring. However, a dog’s temperament often depends on the way that it is raised by its owner, and its background.

So, if you love the way that pitbulls look, but are apprehensive about the behavioral issues often associated with this breed, you are in the right place!

In the guide above, we have given you a list of 20 different dog breeds that look similar to pitbulls.

So, if you want to add a new dog to your family, but aren’t ready for a pitbull, check out the guide above to find the perfect breed for your home!