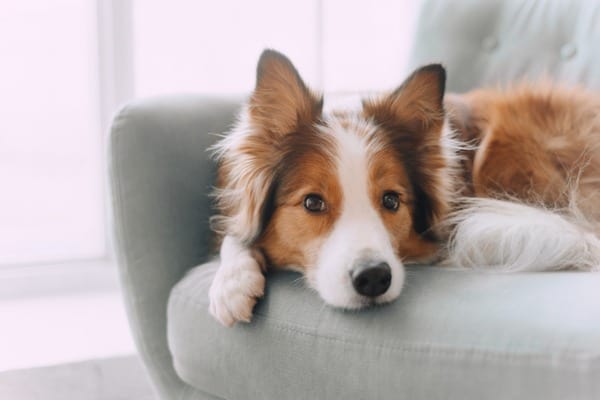 When it comes to owning a pet, most people will generally look at the kind of partner one would be getting from a dog.

Most, of course, will be concerned with whatever they feed the dog, and housing.

The thing that most pet owners don’t realize is that these dogs also have their own issues.

And no, it’s not the general issues such as behaviors or temperament, but rather health issues.

Most pet owners never think about their pet getting sick.

Just the thought of it is enough to drive several people crazy, but it is something that does happen.

Your dog has been shaking, and you have noticed this.

Well, the reason why it is shaking could be medical, but it could simply be behavioral.

Let’s take a look at the most common reasons why your beautiful dog could be shaking.

Your Dog is Just Cold

Here’s the very thing that leaves a lot of pet owners stumped.

Yes, your pup does feel cold.

No, it doesn’t matter whether they’ve got tons of fur covering their bodies, the temperatures they are experiencing could be lower than their fur could be insulating them from.

There are dogs with varying levels of fur.

Some like pit bulls will have just that single coat of short hair.

This leaves them vulnerable to extremes in weather, especially in the winter months.

Others like huskies or malamutes that are actually meant to work in frigid temperatures are protected from such by thick double coats.

The other thing to look at is the body fat content.

Of course, the less fat they have, the less they are insulated from the cold.

To stop them trembling, it could be just as simple as investing in a sweater for them.

If your dog lies on the bare tile or wood floor, this will end up chilling them.

A carpet or rubber mat would be of great help, but the best would be to get them their own beds to lie in.

If you keep your dogs outdoors, a weatherproof kennel would work great for them.

Adding heating options for the dogs would be a great way to keep the healthy.

You Dog Could Just Be Healthy

Yes, this may look counter to what you may be looking for, but a dog will also shiver even when they are absolutely healthy.

This is especially true when they’ve just had a bath and they are not completely dry yet.

They will shake off whatever moisture is in their fur by attempting to mimic a drill in operation.

And right after this, the shaking will start, and you can even observe it with their jaws and teeth chattering all over the place.

This is a common occurrence with furry animals, and is just an exercise is the prevention of hypothermia.

In certain cases, it could just be a way for the dog to show emotion.

They might shake and shudder when they are overly playful, or are happy that you are back home with them.

In some cases, you may need behavioral training to discourage your dog from developing this behavior even further.

They May Have White Dog Shaker Syndrome

This is a condition that is fairly common in small dogs.

It is named so because it was first observed in small dogs such as the Maltese and the West Highland White Terriers.

Both of these breeds are small, and mostly white, hence the name.

However, this is a condition that can happen with any dog.

It doesn’t matter the size or the breed.

The dog will begin trembling and there won’t be any discernible reason why.

The severity can be localized to certain areas, but they are mostly a full body occurrence.

If your dog has been experiencing shaking, then a visit to the vet might help you identify where the problem may be.

If it is white dog shaker syndrome, then a treatment with corticosteroids such as Prednisone will be prescribed for your pup.

Your pup would start improving within a week of the start of treatment.

Shaking Can Be Induced by Stress

Well, every pup is an individual.

Even if they are from a breed that is well renowned for their fearlessness, it doesn’t mean your individual will have those traits.

Your pup may have developed severe anxiety that would even cause it to experience a reduced quality of life.

This will usually manifest as several behaviors that you may consider to be bad, such as chewing on the furniture among others.

Usually, a lot of panting will be involved, as well as barking or growling.

Attempts at petting could turn out serious as the dog won’t be overly open to having strangers around them.

While thunderstorms are generally a scary time for dogs, the fact that yours is trembling could be an indicator of severe stress.

The loud noises could simply be a trigger.

If your dog is experiencing heightened stress, then you may need to take them through the various training methods available to help them cope.

They Could Have Swallowed Something Toxic

While it is acceptable to share some foods with your pup, let it remain just that; some foods.

Other foods that are quite okay for humans can be a problem for your dog.

Chocolate is toxic to dogs and taking large amounts of it could be fatal.

Whenever dogs consume something toxic, they will usually shake and shiver.

All you need to look out for is other symptoms.

If they are consistent with poisoning, then contact animal poison control immediately.

They Could Be Thermo-regulating

That is just a fancy way of saying that the dog’s body is attempting to control the temperature it is experiencing.

The body operates at a set temperature.

Whenever this temperature is raised or lowered, the body will try to return it to the optimum position.

This is what happens with fevers.

A fever will raise the optimum temperature that the body should be operating in.

Since the temperature the body has at the moment is lower than the new optimum, the body will shake and shiver as a means to generate body heat.

A fever could be an indication that the dog could be experiencing some form of illness or infection.

A fever will usually be accompanied by other symptoms such as vomiting, diarrhea, lethargy, a warm and dry nose or even warm ears.

If you have trouble figuring out what could be wrong with the pup, a visit to the vet is highly encouraged.