It’s never nice to see your dog in pain, nor is it nice having to consider putting your poor pet out of its misery. Putting a dog to sleep is one of those horrible life things where it’s cruel to the kind, and it’s almost always a last resort – especially when they are suffering from a disease.

Dogs with Degenerative Myelopathy will most likely have to be put down. The disease is incurable and fatal, so decisions have to be made about when is the right time to put down your dog. Euthanization is never pleasant and possibly the least favorite part of a vet’s job, but it’s often the only option.

If your poor dog has been diagnosed with Degenerative Myelopathy and you’re concerned about its future, we have made an extensive guide to help you to understand the disease and when to opt for euthanization. We hope we can tackle this subject as sensitively as possible. 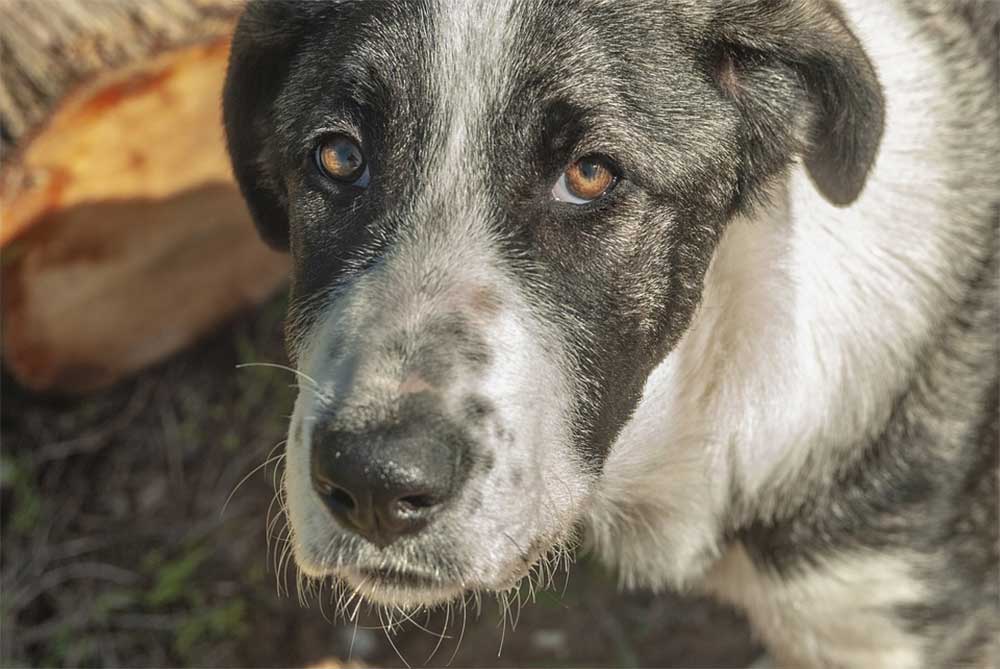 The short answer to this question is that there is no exact time to put down a dog with Degenerative Myelopathy, because it all depends on the severity of the disease for each dog.

Some dogs will be diagnosed in the early stages of the disease, whilst others will hide symptoms until the most advanced stage of the disease. It all depends on your vet’s recommendation.

Generally speaking, dogs with Degenerative Myelopathy can be put down between 6 months and 3 years of the diagnosis. The stage of the disease when diagnosed will be a factor in determining when they are put to sleep, as they can undergo more therapy to improve and increase their quality of life.

Degenerative Myelopathy is a disease of the spinal cord that eventually causes paralysis in the hind legs. This is because the white matter and nerves in the spinal cord begin to deteriorate, which eventually stops the back legs from working properly.

The disease is incurable and progressive, and ultimately fatal. The symptoms are usually very slow and gradual at first, but almost always deteriorate faster towards the end of the dog’s life.

Degenerative Myelopathy occurs in older dogs who are around 8 or 9 years old. It’s also commonly seen in senior German Shepherds.

There are three main stages of symptoms when it comes to canine Degenerative Myelopathy – early, intermediate, and late. In some cases, even the earliest stages can be hard to distinguish as your dog approaches its senior years.

Your vet will be able to determine what stage your dog is at with the disease, and roughly how long it has left.

As these symptoms can often also be a sign of arthritis, it can often be difficult to tell if your dog has the incurable disease or not.

Veterinarian bills can be expensive, but it’s worth checking with a professional to see if you can work to prolong the quality of your dog’s life just in case they are diagnosed with Degenerative Myelopathy.

Towards the end of the intermediate stage of the disease, the front legs might also be affected. It is at this point where veterinarians will suggest putting the dog down as they begin to struggle with daily activities.

Whilst they won’t feel pain in their hind legs, they will certainly feel uncomfortable with incontinence and collapsing.

If your dog hasn’t been put down before they enter the late stages of Degenerative Myelopathy, they are going to suffer extremely with this part of the disease. At this point, you will either have to wait until the disease takes over them, or you will have to turn to euthanization.

Whilst it might look painful to the dog, in most cases this disease doesn’t hurt. The disease creates paralysis, so the dogs just lose control over their hind (and front) legs without pain.

This genetic abnormality is a mutation in the gene “superoxide dismutase”, which is a protein gene that destroys the natural defense mechanism “free radicals”. If there is an excessive amount of free radicals in the body, the defense mechanism breaks down, resulting in degenerative diseases.

If you think this sounds similar, this genetic abnormality is also often the cause of Motor Neurone Disease in humans. This might help you to understand the severity of the disease and how it progressively paralyzes the legs and body.

Degenerative Myelopathy mostly occurs in senior dogs, as the majority of cases are diagnosed when the dog is 8 to 9 years old. Because of this age, some owners struggle to find the root of the symptoms as the dog could easily have arthritis. The symptoms could also be just a sign of old age, and the early-stage symptoms are definitely similar to this.

Unfortunately, this is a common disease in senior dogs that must be dealt with by a professional to get to the root of the issue.

How Degenerative Myelopathy is Diagnosed

As this disease is common in senior dogs, it’s important to get your dog checked by a veterinarian as soon as you notice abnormalities in the way your dog walks and moves. Whilst the conclusion of this disease is the same for every case, you will want to know roughly how much longer you have with your friend.

Degenerative Myelopathy can be identified before the dog shows symptoms by genetic testing. There’s no clear way to say your dog will develop the disease in the future, but there are certain breeds that are more prone to the disease than others. Genetic testing will tell you whether your dog might be at risk because of their breed, whether they are a carrier, or if your dog is very unlikely to develop it.

The gene that causes Degenerative Myelopathy is a mutation of SOD1.

The dog will go through a series of tests including a medical history, general health check, X-rays, and a diagnostic test. The X-rays are there to cancel out other issues such as arthritis or hip dysplasia. The dog might also undergo tissue biopsies, cerebrospinal fluid tests, and neuromuscular tests.

This testing does not confirm or deny the development of Degenerative Myelopathy, but it can give owners an idea of what they might have to deal with in the future. 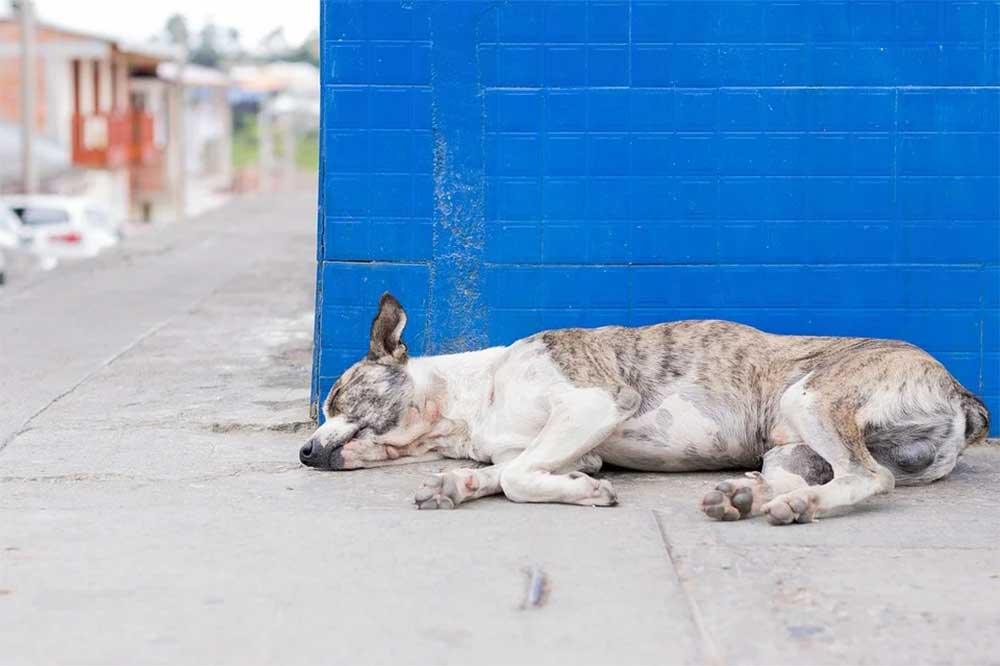 When the disease was first recognized in the 1970s, it was believed that German Shepherds were the only breed that suffered from the condition. It was even called the “German Shepherd Disease”.

As research has developed over the decades, it has been proven that it’s not just German Shepherds who are at a higher chance of developing this disease.

The breeds who have a disposition for this disease include:

As scientific research continues to gather information on this complicated disease, the list of breeds continues to expand. Whilst it was first believed that only large breeds were most likely to develop Degenerative Myelopathy, small breeds like Pugs and Cavalier King Charles Spaniels have proven otherwise.

As the name suggests, research has suggested that one of the major causes of Degenerative Myelopathy is genetics. It’s always important to ask about the history of your dog when you first buy it – whether you bought the dog as a puppy or if you’re rescuing it from a shelter. You should always ask about the dog’s parentage regardless, as this will tell you about any dispositions your dog might have.

Make sure to ask if the parents of the dog had/have medical conditions like Degenerative Myelopathy, as this will give you an idea of what to look out for as the dog ages. If the previous owners or shelter is unsure of the parent’s medical history, you should take your dog to the veterinarian’s to complete genetic testing. This is especially the case if you have bought a dog that is on the high-risk list.

For peace of mind, it’s uncertain whether a dog who is a carrier of the gene mutation SOD1 will develop Degenerative Myelopathy. Nothing is ever guaranteed with animals, after all!

Once a dog has been diagnosed with Degenerative Myelopathy, it can expect to have a life expectancy of 6 months to 3 years. On average, a dog with this disease will be put down after 1-2 years from the diagnosis.

However, you should never have expectations on how long your dog will live if it is diagnosed with Degenerative Myelopathy. This disease is unpredictable and research is constantly changing and developing as more cases are found, so there isn’t a clear answer as to how long they will live.

Degenerative Myelopathy is an incurable disease, but that doesn’t mean you can’t try to make their life more comfortable. Dogs who have been diagnosed in the early stages have the chance to undergo a personalized treatment plan that will help the dog to move with exercises and slight physiotherapy.

However, no amount of treatment can prevent immobility. Once they can no longer move or walk, the most unfortunate side effect of this disease will ultimately arrive – fatality. It is your choice whether you want to wait for your dog to pass away naturally or whether to opt for euthanasia.

As this disease can be very uncomfortable for the dog, it’s mostly kinder to put the dog down.

The Right Time To Put Your Dog Down

Multiple stages of Degenerative Myelopathy must be considered when looking to put your dog down. Your vet will give you their professional opinion based on the dog’s health, but the decision is ultimately up to you.

It all comes down to giving your dog the best quality of life. Generally speaking, the kindest time to put your dog down is during the intermediate to late stages of the disease.

You will ultimately know your dog better than anyone else. You will know which days are better than others, so the “right time” will come to you naturally. Of course, you don’t want to be responsible for ending your dog’s life when they could have had an extra month or two, but you also don’t want to be responsible for keeping them alive while they are struggling for the sake of having longer with them.

Whenever you decide to agree to the decision of putting the dog down, remember that you are doing the right thing. It is kinder to let your dog slip away peacefully in a controlled environment than to let them suffer.

We hope this guide has answered your questions about Degenerative Myelopathy. It is a cruel disease that is still undergoing research and trials, so nothing is to be expected.

Make sure to listen to your gut and your vet when making the inevitable decision. Yourself and your family can look for grief support through charities and your doctor, which is recommended. After all, losing a dog is like losing a family member.