When your puppy has hiccups for the first time, it’s charming, and everyone gathers around to watch and comfort them. However, if this is something that is happening quite often, you might be left wondering why it is happening all the time.

It is also probably just as frustrating for your puppy that just can’t stop hiccuping.

If you have noticed that your puppy is frequently getting hiccups, you might wonder if this is a bad thing or if it is completely normal. Some of the most common times for puppies to hiccup are after they eat, when they first wake up, and sometimes even when they are asleep. 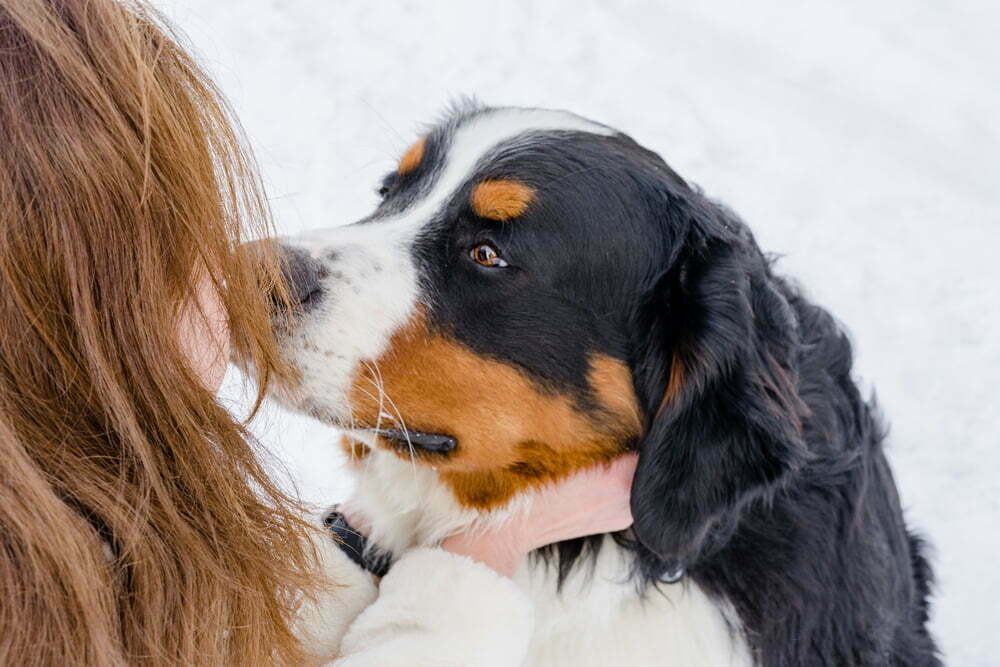 In this article, we will discuss some reasons why your puppy might always get hiccups. We are also going to take a look at what could be causing these hiccups, how long it can last, and how you can help your pup if this is something that keeps happening to them.

Why Does My Puppy Hiccup?

Many reasons can explain why your puppy is getting hiccups so often, including drinking too fast, eating their dinner too quickly, and even swallowing too much air.

After all, puppies are still in the stage where they are developing, and they often eat their food way too quickly, which is actually a habit that they pick up from being in a litter of pups and fighting over food. When they are eating so quickly, they can swallow too much air, and this is what leads to hiccups.

This is why puppies tend to get hiccups a lot after they eat their dinner. It can also occur when they nap, as they can get hiccups if they sleep soon after eating.

If you are looking for a more medical explanation of why hiccuping occurs in puppies, then you should know that hiccups are caused by a spasm in the diaphragm, which is the muscle that is underneath the lungs. This is the same thing that happens to us, humans.

When the diaphragm muscle contracts, the sudden closure of the vocal windpipe can lead to the hiccuping sound, you notice. Various animals and people can get hiccups, but interesting, nobody really knows why it happens.

Why Does My Puppy Always Get the Hiccups?

Puppies tend to hiccup a lot if they are eating or drinking too fast, which is something that a lot of puppies tend to do out of habit. Eventually, they will grow out of it and learn to slow down the process as there is no use in getting hiccups.

It is widely known that hiccuping can occur in the womb, and some people believe that this is the body’s way of testing your breathing ability before you are born. In that case, it is thought that this is simply a learned behavior that can be grown out of.

However, nobody can really explain exactly why this happens. It is still a big mystery, and nobody has definite answers to why we hiccup. When it comes to hiccuping in puppies, there are some things that are known to aggravate the diaphragm, including:

As you probably already know from observing your puppy, these are all things they do quite commonly and regularly. Due to this, you can expect your puppy to hiccups quite often throughout the day. Hiccups can pretty much occur at any given time, and this is something that is not very concerning.

How Long Do Hiccups Last for Puppies?

Your puppy’s hiccups can last anywhere from just a few seconds to around 30 minutes. If you are concerned that your puppy has hiccups too often, or they are hiccuping for more than 30 minutes at a time, then it might be worth having a chat with your vet, just to be on the safe side.

If your dog is coughing while they are hiccuping, this is even more reason to take them to a vet. Although, more often than not, your puppy hiccuping is not something that you should be worried about.

As well as this, there are also some ways you can help get rid of your pups hiccups, and we are going to talk more about this below.

How You Can Help Your Puppy With Hiccups

Just like with humans, hiccups don’t usually last very long in puppies or older dogs. Usually, after a few minutes of hiccuping, the hiccups will go away on their own. Usually, these hiccups won’t really bother your dog, at least not as much as they tend to bother us.

However, there are some things that you can do to help your puppy through their episodes of hiccups.

Humans have many methods of stopping hiccups, like holding your breath or trying to scare a person, and while these are not things you should try with your dog, there are some other methods you can try instead.

As you know, the diaphragm is a muscle, so the best thing you can do is relax and let your puppy hiccup away until they stop. Although, if you want to do your best to try and help your pup, we will leave a list of things you can try below.

Before we start, we should tell you that you should never try to force your dog to hold its breath. Although this isn’t harmful to humans, it is only going to do more harm than good for your dog.

Firstly, there is no scientific evidence to suggest that this even works; secondly, all you are likely to do for your dog is traumatize them. So, it is best to avoid the breath-holding technique and try out one of our other tips instead.

Your dog will probably accept a belly rub anyway, but it is beneficial to do when they have hiccups. If they are lying down and relaxing their belly, their muscles will also be more likely to relax. This can help get your puppy’s breathing back to normal and eliminate their hiccups altogether.

Playtime With Your Pup

Something else that can be really good for helping to reset your puppy’s breathing situation is to engage in some light play with them. This could involve playing a game of fetch or playing with their favorite toy. Either way, it can help to get their hiccups to go away.

Get Them To Drink Some Water

This is one method that we humans try that can also work for dogs. The process of drinking water will help to soothe their hiccups, so you can try to encourage them to drink some fresh water. Their hiccups might just go away.

Try To Get Your Pup To Eat Slowly

This method is a lot easier said than done because you can’t exactly tell them to slow down when they eat like you could with a child. Some puppies will be keener at dinnertime than others, and if they wolf down all of their food quickly, they are much more likely to get hiccups afterwards.

If your puppy is prone to eating its dinner quickly, then there are some things you can do to try and prevent this from happening. The first thing that you can do is try not to incite too much excitement around dinner time.

They are much more likely to wolf down their dinner in one fell swoop if they are super excited and full of energy.

Something else you could try involves using slow-release dog bowls, which can help encourage your puppy to learn to eat more slowly.

Should I Tell My Vet About My Puppy’s Constant Hiccups?

More often than not, you won’t need to contact your vet about your dog’s hiccups. However, there are some times when this could be a good idea.

For instance, if your puppy has constantly been hiccuping for more than 30 minutes at a time and appears to be in distress, then it is a good idea to contact your vet for some advice.

If you think your puppy is having difficulty breathing or they are wheezing while they are hiccuping, then this could also indicate a more serious problem that needs to be treated.

Hiccups in themselves are quite cute, but if you notice that your dog is gasping for air at the same time, then something could be wrong.