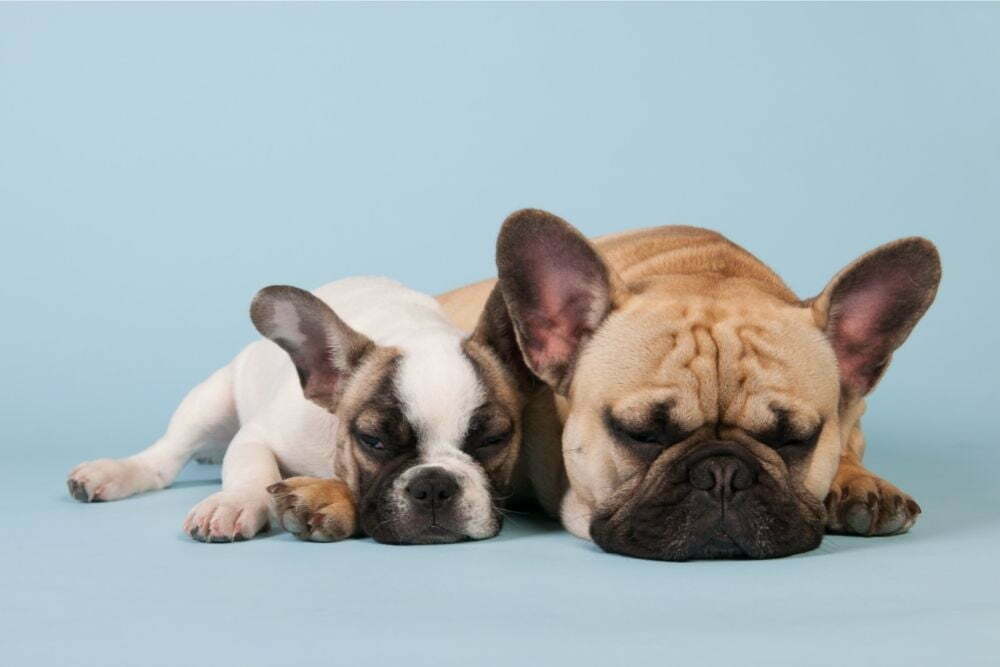 Contents show
1 How much should a 10 week old bulldog eat?
2 How many times a day should I feed my bulldog puppy?

Like most dogs, a bulldog will happily eat anything that you put in front of it. Their primal, wolf-ancestor instinct tells them to eat as much as possible as quickly as possible, as there’s no guarantee as to when their next meal will be.

However, if you’re concerned about the amount of food your bulldog is eating, or that they are whining because they are hungry, there could be deeper issues at play.

The first thing you need to consider is that they may be diabetic. This disease creates either a shortage of insulin in the blood or it can trick the cells into creating an incorrect response to the insulin that is being produced. If you’ve noticed a sudden increase in your bulldog’s appetite or if they are drinking a lot more water than usual, it’s worth booking an appointment with your veterinarian who will be able to check for diabetes.

It could also be a possibility that your bulldog is suffering from a bowel issue, and is eating more as a way of looking for extra nutrients to help them with this problem. Some inflammatory bowel issues can also result in weight loss and your bulldog’s appetite may increase as they try to put more weight on.

There are also some intestinal cancers that can create an increased appetite in bulldogs, such as adenocarcinoma and leiomyosarcoma. These prevent nutrients from being absorbed in the gut, and your bulldog may be eating more as a way of trying to get these nutrients into their body.

Another possible reason why your bulldog is always hungry could be that they are suffering from hyperthyroidism. This is a disease that is caused by the overproduction of thyroxine which pushes the cells in the body into overdrive. As a result, metabolism is increased and so is your bulldog’s appetite.

If you’re concerned about any of these issues, it’s important to book an appointment with your veterinarian. They will be able to tell you if there is anything to worry about, or if your bulldog is always hungry simply because they like their food!

How much should a 10 week old bulldog eat?

It’s easy to think that a small, 10 week old bulldog puppy wouldn’t need as much food as an older dog. However, this isn’t actually the case! A bulldog puppy needs to be fed a good amount of food throughout the day to help them grow into a big, strong, healthy dog.

Depending on their appetite, you should feed a 10 week old bulldog between 0.5-cups and 2-cups of good-quality dog food every day. It’s important to remember that amount needs to be distributed evenly throughout the day, though. Don’t give them 2-cups of food for each feeding as this could result in an obese bulldog who has multiple health issues.

The best thing to do is create a feeding schedule and try to stick to it as much as possible. If you’re feeding them 2-cups of food per day, your feeding schedule might look something like this:

Choosing a good-quality food that is high in protein, vitamins, and minerals will help give your puppy the best start in life by building a strong immune system. In turn, some of these health problems can be avoided.

If you don’t intend on keeping them on the same food that they have been eating while living with their former family, it’s also important to slowly transition them to their new food. Keep them on their usual food for a month, then begin mixing in new food before making the full transition to their new diet.

How many times a day should I feed my bulldog puppy?

A bulldog puppy will need to be fed several times throughout the day and, up until the age of three months (12 weeks), you should be feeding them four times a day. The best way to keep on top of this is by creating a feeding schedule.

By reducing the number of feeds as they age, you’re helping to support slower growth after their initial boost of growth as a puppy. This is incredibly important as this helps their bones form properly and reduces the risk of them developing hip dysplasia.

It’s important to note that when it comes to reducing the number of feeds you don’t compensate by giving them too much food. This is an easy mistake to make, especially as a bulldog will let you know that they are hungry!

But, by sticking with the correct amount of food, you’ll be reducing the risk of them becoming overweight and suffering from certain health issues that bulldogs are prone to developing.

You can keep things interesting for them by choosing a top-quality food that comes in lots of different flavors. You can also switch between dry food, wet food, or mix them together throughout the week.

By doing this, you’ll be keeping your bulldog interested in their food and you’ll be able to feel as though you’re giving them a special treat without feeling as though you have to compensate with more food when you reduce their number of feedings.