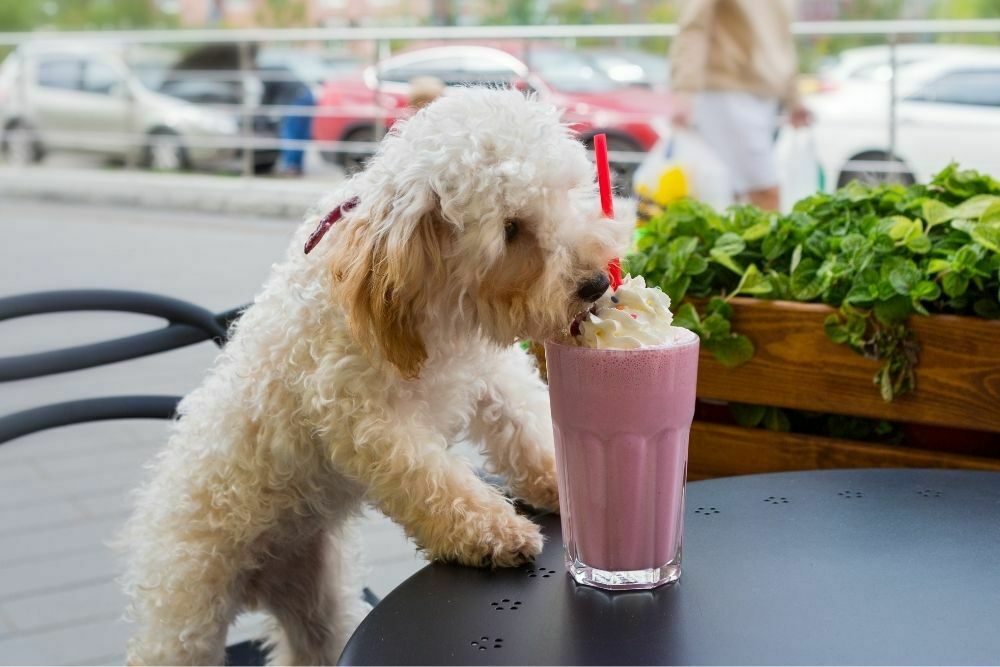 If you are considering adding a Maltipoo dog to your household, or even if you have already brought home the new addition to your family, you may still have a lot of questions.

Maltipoos can be prone to stomach upsets, partly because their stomachs are so small and can easily fill up with air, causing discomfort and digestive issues. Moreover, Maltipoos are prone to Irritable Bowel Disease as well as Glycogen Storage Disease.

Because Maltipoos can develop gastrointestinal issues more easily than other breeds, it is crucial that Maltipoo owners are aware of which human foods their dogs can and cannot eat.

Stay tuned to find out which human foods are safe for Maltipoo consumption and which ones are off-limits.

Can a Maltipoo Eat Eggs?

One of the many foods that owners sometimes worry about feeding their dogs is eggs.

However, eggs are actually very good for dogs, including Maltipoos! Eggs are high in protein, which is a key nutrient for all dog breeds.

In addition to being a great protein source, eggs are easy for the smaller digestive systems of dogs to digest. This is a huge bonus in a Maltipoo’s diet because, as we explained earlier, Maltipoos can be prone to stomach issues.

With that being said, it is important to thoroughly cook any eggs before feeding them to your Maltipoo or to any other dog. Not only can raw eggs carry harmful bacteria, but eggs are also more difficult to digest in their raw form, which would negate the digestive benefits of introducing eggs into your Maltipoo’s diet.

You do have some flexibility in terms of how you cook the eggs, though. Boiled is usually best and easiest, but your Maltipoo will also be happy with scrambled eggs. Avoid giving your Maltipoo fried eggs because the oil or butter used for frying will be hard on their digestive systems and isn’t good for dogs in general.

Can a Maltipoo Eat Cheese?

You can feed your Maltipoo cheese on occasion, but only in small amounts.

The important thing to remember is that even though most dogs can digest cheese, and although many enjoy it, it’s not the healthiest food for them.

Cheese is very high in fat, and while your Maltipoo definitely needs some fat in their diet, too much can be harmful. Increased dietary fat levels have been linked to obesity in dogs, as well as serious diseases like pancreatitis.

Bearing that in mind, if you are going to feed your Maltipoo cheese, it’s best to choose a low-fat or fat-free type of cheese. Cottage cheese, for example, would be ideal.

Because gastrointestinal problems are common in Maltipoos, any consumption of lactose-containing food such as cheese should be closely monitored. 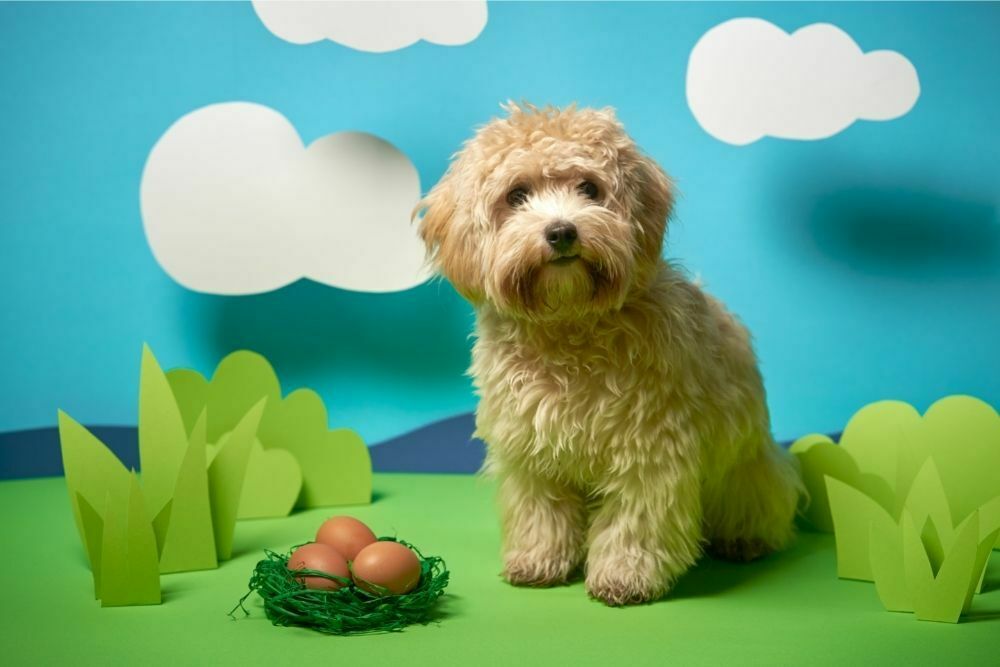 Can a Maltipoo Eat Raw Meat?

Like all dogs, Maltipoos can eat raw meat in the sense that raw meat products are less likely to make canines sick than humans.

However, just because your Maltipoo can consume raw meat does not mean that feeding them raw meat is the best idea.

Raw meat is a breeding ground for bacteria such as salmonella and listeria monocytogenes. Both of these diseases can cause severe sickness and could potentially even be life-threatening.

Now, although dogs’ digestive systems are built to handle bacteria better than humans can, this doesn’t make them completely immune. Moreover, dogs have been domesticated for a long time, and their digestive systems are no longer as biologically similar to those of wild dogs and wolves as they once were.

If you want to feed your Maltipoo raw meat, it is best to opt for a small breed food formula that contains chunks of raw, freeze-dried meat. While the meat is still raw, the freeze-drying and sealed containers will help to keep bacteria at bay.

As long as it is properly cooked, Maltipoos can eat chicken and are likely to benefit from it tremendously.

Chicken is an excellent lean source of protein and fatty acids, which is important if you want your dog to get enough protein for immunity, cell repair, dermatological health, and muscle development without risking obesity with high-fat meat sources.

As with eggs, however, it is best to avoid frying the chicken before you give it to your Maltipoo. This will make the chicken fattier and perhaps too greasy for your Maltipoo’s stomach to handle. Instead, roast or grill the chicken and make sure to serve it completely unseasoned.

What Fruits Can Maltipoos Eat?

Several fruits are very beneficial for Maltipoos, while others should be avoided.

The antioxidants and vitamins and cranberries and blueberries make them excellent dietary choices for Maltipoos.

Other fibrous and high-vitamin fruits your Maltipoo can tuck into include kiwis, tangerines, watermelon, oranges, strawberries, and cucumber.

You can also feed your Maltipoo apples, pears, and mango, but you will need to cut away any pips or pits first. In the case of pears and apples, remove the core first.

Bananas, pineapple, and honeydew or cantaloupe melon are also beneficial but should only be occasional treats because they are so high in sugar.

Never give your Maltipoo (or any other dog) avocado, tomatoes, or apricots. These fruits contain substances that are toxic for dogs.

Grapes and raisins have been linked to kidney failure in canines, so these should always be avoided.

Cherries and figs may block or irritate your Maltipoo’s digestive system, and dates are too sugary to be consumed by Maltipoos in any quantity.

Maltipoos can eat many human foods in moderation, including cooked chicken and eggs, as long as they are thoroughly cooked, not fried, and unseasoned.

Your Maltipoo can benefit from the nutritional content of blueberries, cranberries, pears, apples, oranges, tangerines, strawberries, kiwis, and cucumber.

Cantaloupe or honeydew melon and bananas should be moderated because they are high in sugar.

Remember to always take the cores, pips, or pits out of any fruit you give to your Maltipoo.

Avoid feeding your Maltipoo raw meat since it can carry diseases, and stay away from grapes, raisins, cherries, figs, and dates.

Low-fat cheese can be introduced occasionally and in small quantities.