Turtles and lizards are two very different animals. They look completely different from each other, but they share some similarities. Can they coexist peacefully?

Contents show
1 Keeping A Turtle As A Pet
2 Keeping A Lizard As A Pet
3 Keeping Turtles And Lizards Together
4 Frequently Asked Questions
4.1 What Are The Differences Between A Turtle And A Lizard?
4.2 What Are The Benefits Of Buying Turtle Food?
4.3 What Are The Feeding Needs Of Lizards?
4.4 Can A Lizard And Turtle Get Along?
5 Final Thoughts 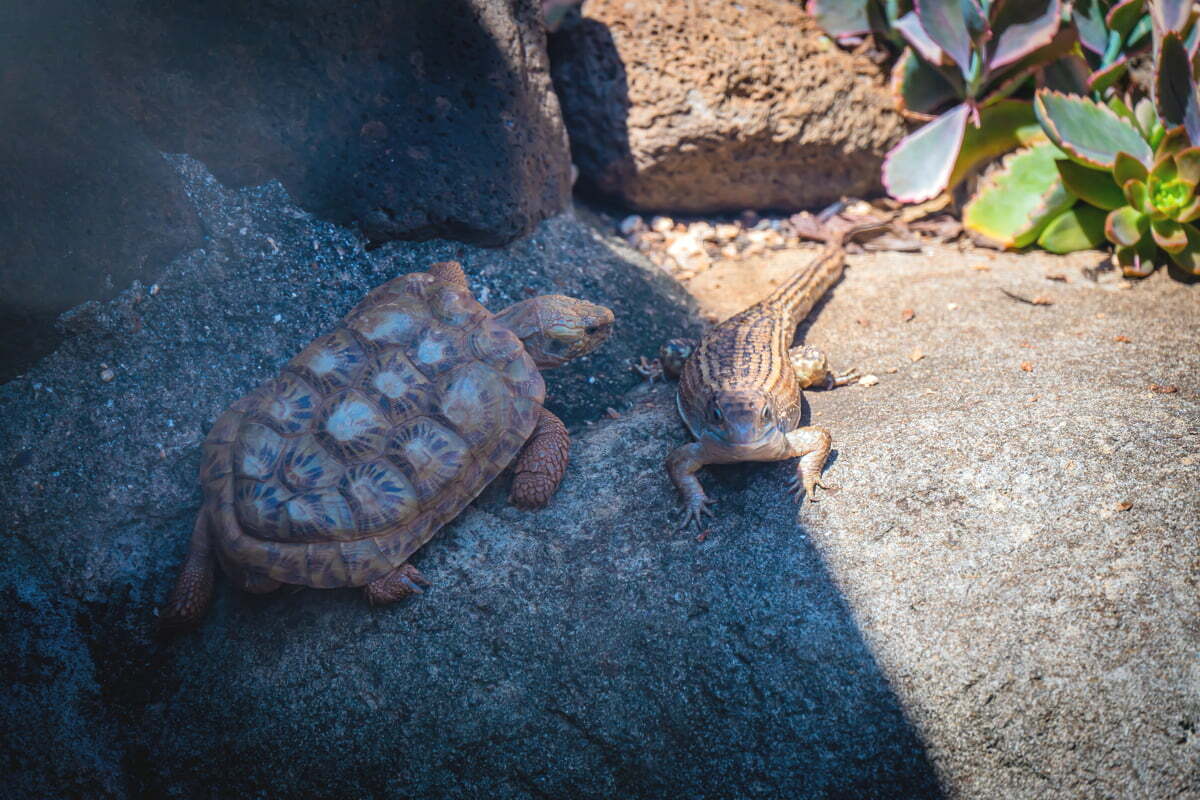 They both make for fascinating pets and since they are in the same class, they are both kept as pets. But are they kept together?

Turtles and lizards cannot live together because both species adapt to different environments. Turtles need water and prefer to live in a wet and moist environment, unlike lizards who do not need to be in an environment with water.

Turtles also sometimes attack lizards, showing signs of aggressiveness and predatory behavior. Therefore, it is not recommended they live together, and we will explore more of this in this article.

Keeping A Turtle As A Pet 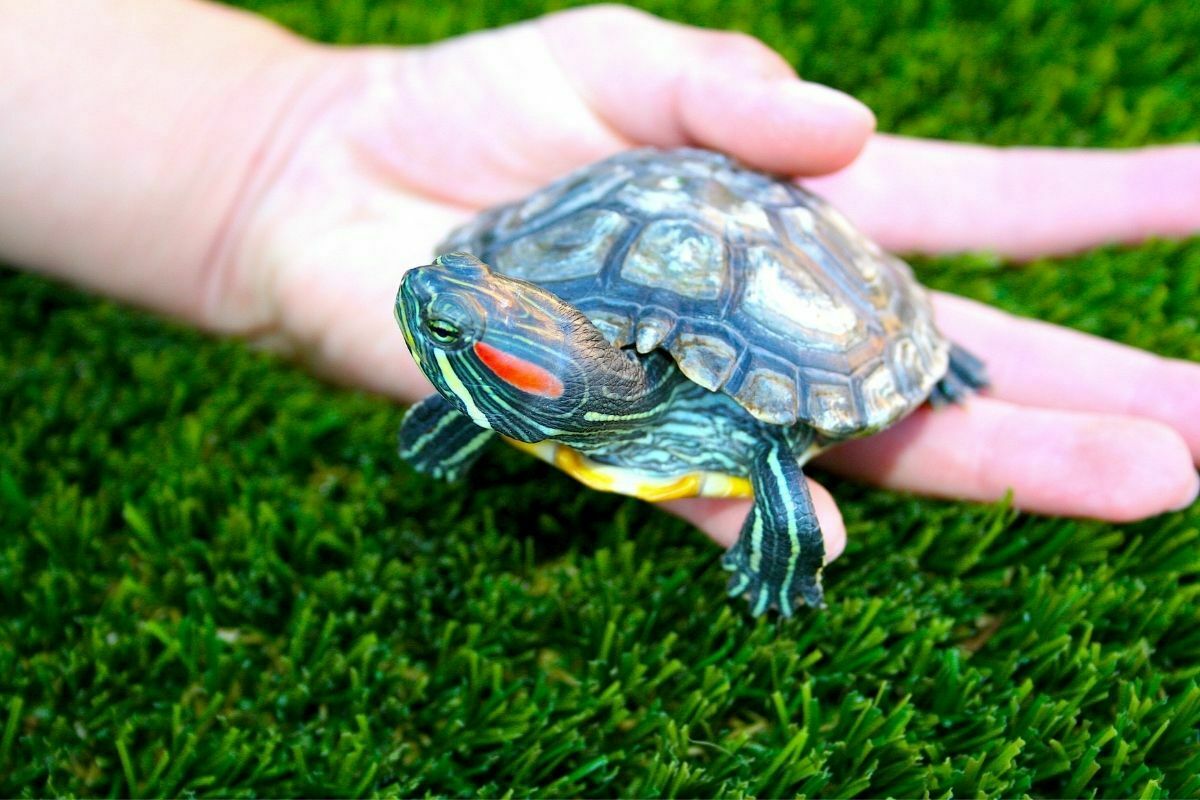 Turtles are reptiles that live in moist environments. Aquatic turtles spend most of their time in the water, but some do live on land. Terrestrial turtles need access to clean water for drinking and swimming, as well as a place to bask in the sun.

Clean water is important for their health. They need this for swimming and drinking as dirty water can cause infection. They also need ample dwelling space.

You should also make sure that you provide your turtle with plenty of food with clean drinking water. It is important to stick to your turtle’s feeding schedule religiously and make sure that its water is always clean.

Turtles need warm places to stay during the cold season and they need dry land to bask in the sun. Their enclosure or tank, therefore, needs to have a dry patch so they can sunbathe.

Turtles can get sick if their body temperature gets too low or high. So you must ensure that your home has enough heat and cooling systems so that your turtle does not suffer from any kind of illness.

You should provide an external heater to heat their habitats. Both the dry area and the water need to be kept heated in winter to keep the turtles happy and comfortable.

You should also make sure that your turtle has access to fresh air at all times. If you have a tank, then you should make sure that it has sufficient ventilation holes so that the air circulates freely around the tank.

You should also make sure that the room where you house your turtle is well lit. This way, you can easily spot any potential problems.

Also, you should provide a UV lamp to help them synthesize vitamin D. You should especially do this if there is no access to sunlight as the UV lamp will supply UVA and UVB light.

They are omnivorous, meaning they eat both plants and animals, but they prefer meat over plants. They eat everything that they can fit into their mouths. Their diet consists of vegetables, fruits, and meat.

They can be fed store-bought turtle food or live foods like brine shrimp and vinegar. Live food is great for providing your turtle with plenty of protein.

They also like the meat of slugs, fish, snails, and other small creatures. Since they have a slow metabolism, however, be careful not to overfeed your turtle as this can be damaging to their health.

Turtles are not social animals by nature. They are territorial creatures who fight each other, even when in a tank with the same species. When threatened, they will fight to establish themselves.

There are a few exceptions, however, but generally, turtles get aggressive when they feel threatened and they fight to assert themselves.

Keeping A Lizard As A Pet 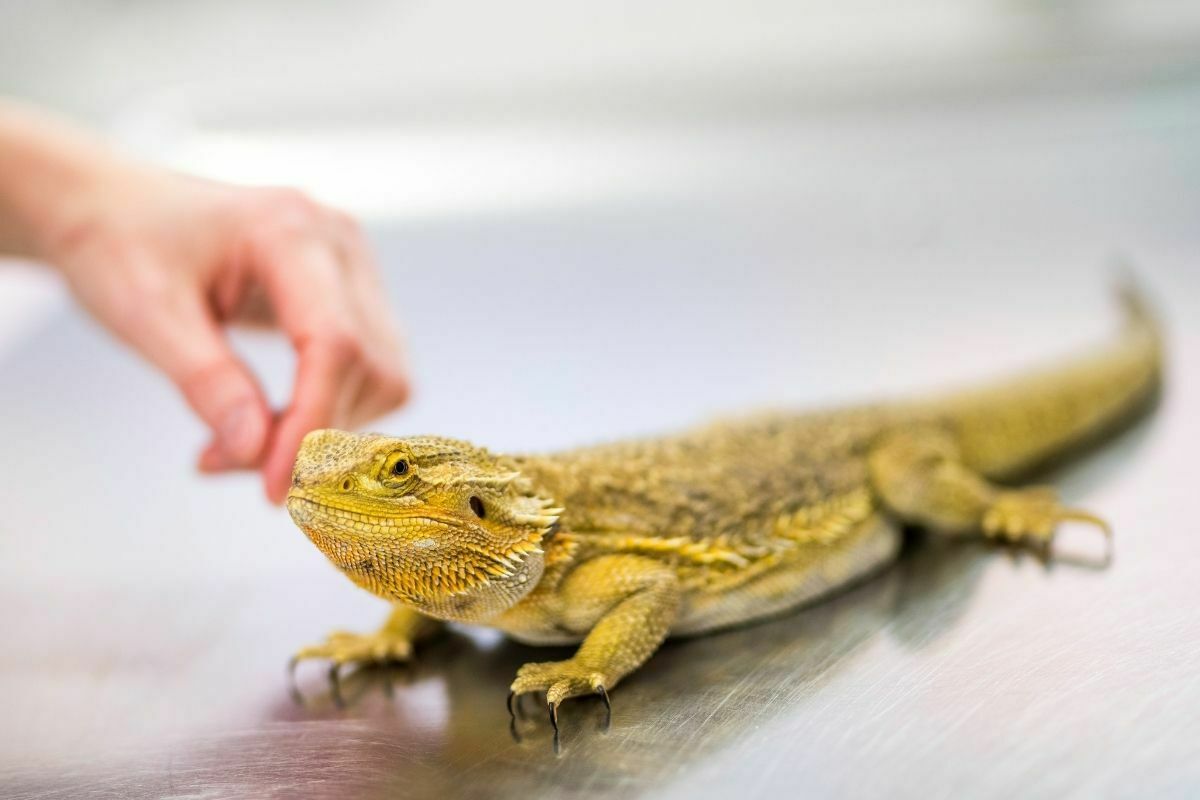 A lizard is a reptile that lives in the tropics and subtropics. They are found in many different countries including Australia, Africa, Asia, Europe, North America, South America, and Oceania.

They are often thought to look similar to snakes, however, they are more closely related to crocodiles.

A lizard’s skin is smooth and scales cover most of its body. The scales on their back are arranged in rows while those on their belly are usually single. Some types of lizards have spines on their tail which helps them move faster. These spines are called caudal appendages.

When keeping a lizard as a pet, there are a few things to keep in mind. Lizards are pets that are easy to care for and they can easily adapt to new environments.

You should know what kind you want before buying them, however, as every lizard has their own set of needs which can fit into every individual’s lifestyle.

Lizards seem rough, but they do get easily scared. They will run and hide at the sound of movement and they often drop their tail if they feel threatened. You can pop a screen cover over their enclosure so they will not escape or get lost.

They need warmth throughout the year, and they need humidity to survive. Rainforest lizards need light, heat, and humidity. Using basking lights can supply UVA and UVB radiation for Vitamin D synthesis.

Lizards need different types of food depending on their type. Some lizards are insectivorous, some are herbivores, and others are omnivores. You should check what food your lizard eats to ensure they are meeting nutritional needs.

Keeping Turtles And Lizards Together

Turtles and lizards have similar needs, but they’re not compatible. Most reptiles don’t get along with each other and although the needs of both the turtle and the lizard are not too different, keeping them together does not work.

They both need temperature-regulated environments and require UVA and UVB light for Vitamin D, but putting them in the same enclosure because of this is not a good idea.

Some exceptions include bearded dragons and tortoises, but the large majority prefer to live alone, and most reptiles aren’t compatible with each other.

Turtles are aggressive, and they also tend to bite other reptiles. They are also omnivores that will eat anything they can get their hands on.

This means they also like to eat lizards. This is especially true if your lizard is particularly tiny, and if the turtle fails at completely eating the lizard, they will undoubtedly injure or kill the lizard through aggressiveness.

Remember, turtles eat lizards, but lizards don’t eat turtles! Lizards can eat frogs, however, so if you have a frog, put him in another room.

Lizards can grow back their tails if they lose them. However, why would you want your pet reptile to suffer such stress in the first place? A lizard’s tail only drops when it feels threatened, and so it is likely to drop if you place them in an enclosure with turtles.

A lizard and turtle, if they need to be kept together, should only be kept in a very large cage or tank. There need to be plenty of hiding places inside the enclosure for the lizard to climb up and escape from the turtle.

It should also have plenty of twigs, perches, and branches for the lizard to climb up and escape the turtle if it starts to get aggressive.

You should ensure that the turtle and lizard do not share the same feeding area if they are kept together. Any food and water you supply for the lizard should be kept away from the turtle’s reach.

You can do this by popping it on a raised surface where the lizard can climb but the turtle cannot.

Overall, there’s too much risk when keeping turtles and lizards together, and to minimize this risk, they should be kept separately. You can never confidently put them together and know they won’t have an accident, as a turtle will be able to catch your lizard in no time.

What Are The Differences Between A Turtle And A Lizard?

The difference between a turtle and a lizard is quite simple: one is often aquatic while the other is terrestrial. Another difference is that a lizard has scales and a turtle doesn’t.

What Are The Benefits Of Buying Turtle Food?

Store-bought turtle food is a balanced source of nutrition for pet turtles. It will help them grow and thrive.

What Are The Feeding Needs Of Lizards?

The feeding needs will depend on the type of lizard.

Can A Lizard And Turtle Get Along?

In rare circumstances, a lizard and turtle may get along, like when the two creatures share a large cage. In most cases, the lizards will be under constant stress when it is housed in the same space as a turtle.

We hope after reading this article you have learned all you need to know about turtles and lizards living together and why it’s never a great idea.

They are not compatible creatures, and only in very special circumstances, in cages that are large enough for the lizard to have hiding places, should they ever live together.

However, the risk of the turtle attacking your lizard is too high, even in this scenario, so do the safest thing and keep them separate. This keeps all pets safe and happy, which is what all pet owners want!