Turtles are popular reptiles found all over the world. They are very adaptive reptiles that we’ve probably all seen living on land or in the water near where we live. This is because they are terrestrial, semi-aquatic, and aquatic.

Like any animal on Earth though, turtles need their sleep. As turtles live on land and in water, this creates a big question many people want the answer to.

That is, can turtles sleep in water? There are a huge variety of turtles, all of which have different sleeping habits, so finding the answer to this question isn’t easy. 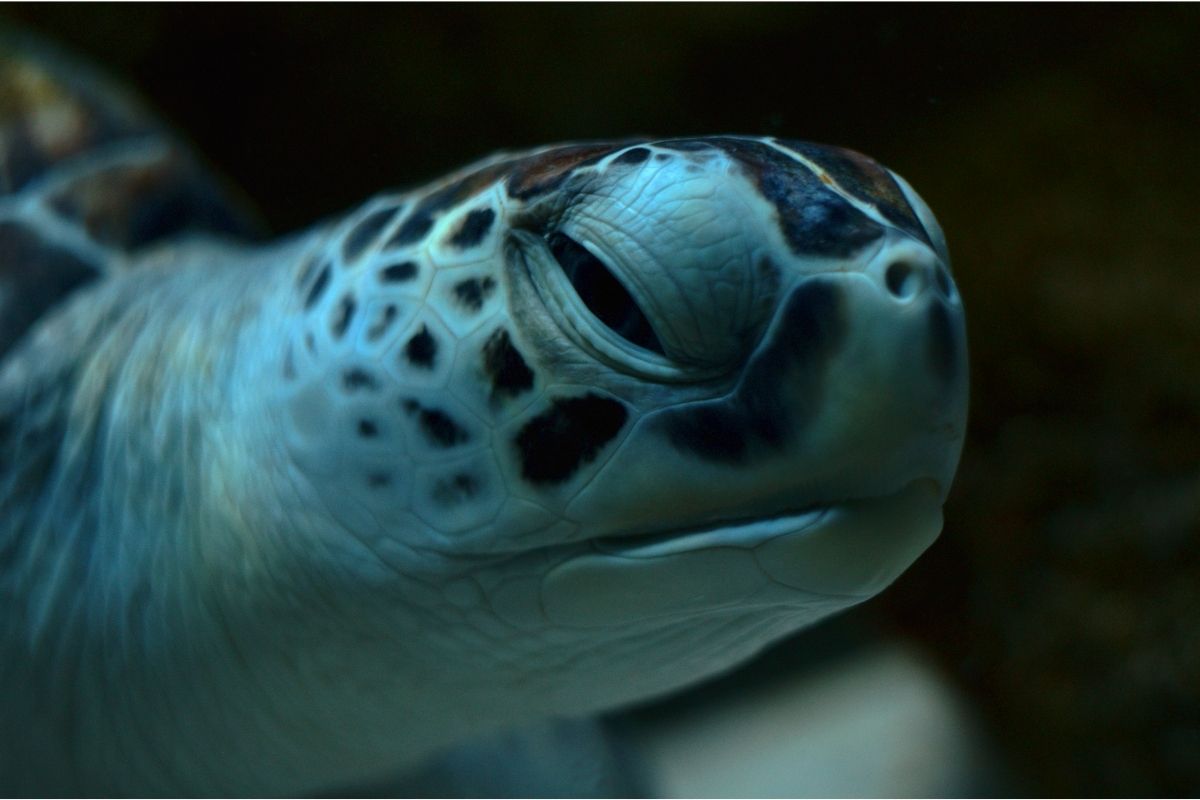 However, you’re in luck. Today, in this blog post, we are going to answer the question for you.

We’ll teach you all you need to know about turtles and sleeping in water. You’ll find out if they can, how they do it, for how long they can do it, and which species do it best.

If this sounds good to you, be sure to stick around!

Can Turtles Sleep In Water?

We’ll start off with the main question you came here wanting the answer to. The answer is yes, turtles can sleep in water without drowning.

While sleeping, the turtle’s metabolism rate drops dramatically. This reduces the levels of oxygen they need, allowing them to stay underwater for hours without needing to come back up for air.

While most turtles are capable of sleeping underwater, it doesn’t mean they all can or choose to.

There are over 350 different species of turtle in the world, so it’s not a surprise to see their sleeping patterns vary.

We will look at the species of turtle that sleep in the water in more detail further on in this post, but now let’s have a look at how long turtles can stay underwater.

How Long Can Turtles Stay Underwater?

It will come as no surprise to you that aquatic turtles are great at staying underwater without drowning.

Generally speaking, this type of turtle can hold its breath underwater for several hours without having to come back up for air.

The turtle’s ability to do so mostly depends on their body temperature, where they live, and their species.

While their levels of activity also play a part in the matter, usually, turtles that choose to sleep underwater can do so for at least four hours and up to seven hours on average.

When the turtle needs to come up to the surface to catch a breath, it won’t come up for too long.

The turtle will simply pop its head out of the water, have a few moments to get its breath back, and then head back to the bottom of the water to carry on with its sleeping.

Personally, we wish we could fall asleep that easily.

Now you know more about how long turtles sleep underwater, let’s have a look at how they sleep.

Every creature on Earth has to sleep, and the turtle is no different. However, the way in which they sleep is very different from humans and other animals.

Different varieties of turtles have different ways and patterns of sleeping. There are a number of different turtle species that sleep underwater, while other species choose to sleep on land.

Instead, they choose a secluded spot they can find that offers enough protection from any predators and has an adequate temperature.

Turtles that like to sleep underwater will do the same. These turtles will then keep themselves fully submerged in the water until it’s time to catch a breath or until their sleep is complete.

To ensure the turtle sleeps effectively on land or in the water, it remains completely still.

We mentioned above that turtles don’t just choose anywhere to sleep. Instead, they choose a safe and secluded spot that suits their needs with regard to comfort, security, and temperature.

Where the turtle chooses to sleep depends on its species. It isn’t uncommon to find a number of different turtle species sleeping in the same place.

In terms of turtles that choose to sleep underwater, you’ll find that most of them belong to the aquatic species of turtle.

Others that choose to stay on dry land may sleep on rocks. Some pet turtles will sleep on a basking platform.

Species of turtles that sleep in the water include mud, red-eared sliders, sea, musk, and painted turtles.

Almost every type of aquatic turtle, like the sea turtle, can even sleep on the water’s surface when they find themselves in very deep water.

When they find themselves closer to the shoreline, they will then sleep on the seabed. Usually, they find places where there are plenty of hanging rocks to hide under.

Semi-aquatic turtles are also capable of sleeping in the water, but they tend to dig themselves a hole in moss or marshy pieces of grass before going to sleep. The map turtle is a good example that does this.

Snapping turtles are a great example of a turtle that likes to vary its sleeping. They might choose to burrow themselves under submerged logs or in shallow water one night, before hiding themselves in the mud the next.

The turtles we have discussed so far are all marine turtles, but what about freshwater turtles?

Freshwater turtles are usually a lot smaller than marine turtles. They have adapted to live in different habitats, leaving them with a different appearance.

Mostly found in rivers, ponds, or lakes, freshwater turtles love to bury themselves at the bottom of the lake under mud and sand. It is here where they will sleep and also eat aquatic vegetation.

Unlike their marine counterparts, these types of turtles don’t have to come up to the surface to catch their breath.

Amazingly, freshwater turtles can absorb oxygen from water as they sleep. This lets the turtles survive underwater for months on end through hibernation.

Like marine turtles, their metabolic rate will drop, reducing the levels of oxygen they need.

On the other hand, turtles like the box turtle don’t sleep in the water at all. Instead, they will dig holes in loose soil or under big rocks. If they can’t find the perfect spot, they will usually tuck themselves away in thick vegetation.

Can Your Pet Turtle Sleep Underwater?

If you now find yourself concerned about whether your pet turtle can sleep underwater, don’t worry.

Your pet turtle will sleep wherever they feel most comfortable. Since they matured in your home, they will feel very safe sleeping anywhere in their tank.

They won’t worry about any danger as they would in the wild, so there isn’t any reason for them to hide away. You might find your turtle likes to sleep on the surface of the water, on their basking spot, or right at the bottom of the tank.

Their perfect sleeping place in their tank depends solely on where they feel most comfortable, relaxed, and secure.

However, it is important to ensure they always have dry land and water, so they can make the decision that suits them best.

Where and how a turtle chooses to sleep varies massively depending on the type and species of turtle. However, generally speaking, turtles can sleep underwater from 4 to 7 hours.

They like to hide away in secluded spots where the temperature is perfect and where they have good protection from predators.

While turtles like the sea turtle, mud turtle, red-eared turtle, and musk turtle love to sleep underwater, others like the painted turtle and box turtle prefer to sleep on land, hiding under rocks.

You might even find that your pet turtle loves to sleep in the water.

Hopefully, now that you’ve been through this blog post, you have a much clearer idea and understanding of how turtles sleep underwater, for how long they can do it, and which species prefer to do it the most.