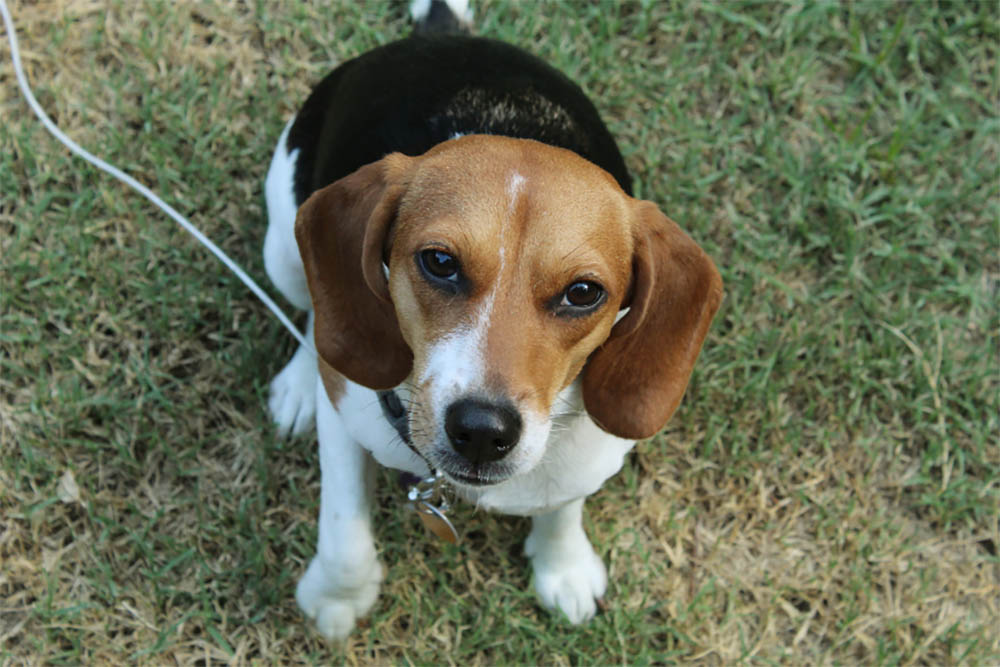 We few, we happy few, we band of brothers – William Shakespeare

No line in the history of literature sums up the character of a beagle better than William Sahekspeares St. Crispin’s day speech from Henry V. Notoriously jolly hounds who thrive in the camaraderie of a pack environment, beagles are America’s fourth favorite breed of dog and while they might not be few in number, their cheery nature means that they’re always happy.

Seriously, if there’s a happier, more good-natured dog on Earth, we haven’t found it yet.

As well as being the happiest dogs on the planet, beagles are also among the friendliest and enjoy spending all of their time cuddled up with, and being made a fuss of by, their owners.

If they’re given the chance, beagles will also sneak into your bedroom at night and sleep on the bed, curled up next to you because they can’t bear the thought of spending any more time away from you than they have to.

While they’re devoted to their family as a whole, beagles do have a tendency to develop a bond with one person in particular and will follow that person around, morning, noon, and night.

And if you go out and leave your beagle by himself for too long? There’s a good chance that he’ll howl your house down, as beagles, almost more than any other breed, are prone to separation anxiety and love the company of their owners.

But do they like to be picked up? If there’s a chance of a cuddle, a beagle will seize the opportunity to take it with all four paws, and jump straight into your arms.

They might not like to be picked up by everybody, but if you’re that special person that they’ve chosen to be the center of their world, you’ll be able to pick your beagle up whenever you want to and their tail won’t stop wagging when you do.

Does A Beagle Bark A Lot?

They do bark a lot, they really, really do. Beagles aren’t quiet dogs and they like to share every moment of their lives with their humans, and they communicate the only way that they can, by barking.

They seem to spend most of their lives barking, but as they’re so genuinely happy and just want to tell you, and everyone else about what they’re doing and what’s happening around them all the time, it’s impossible not to smile when you hear a beagle yapping.

Beagles don’t just bark, they also howl and do something that no other breed of dog does. They bay. Baying has been described as a noise that’s caught somewhere in the middle of barking and howling and is a sound that makes every beagle owner’s heart skip a beat when they hear it.

It’s a noise that you’ll quickly get used to, and once you’ve heard it you’ll never forget it as most beagles use it to attract the attention of their families to let them know that they need to stop whatever else it is that they’re doing and focus their energy and attention on the most important creature in the room, their beagle. 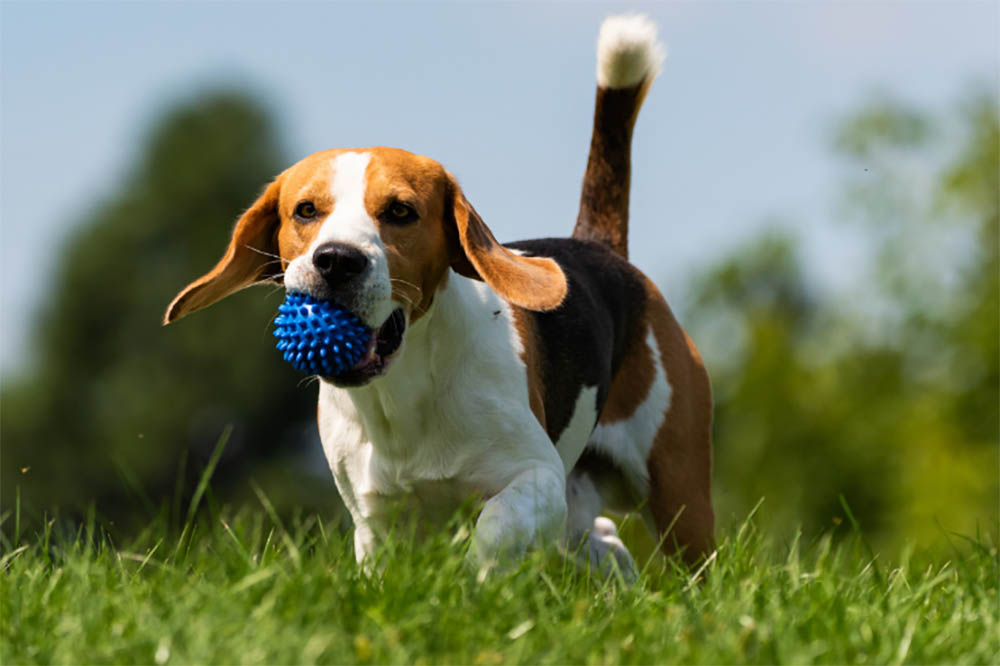 Beagles are extraordinarily intelligent, and intuitive dogs, and because of the canine cerebral power, they can easily become bored and distracted if they’re not given something to occupy them, or aren’t with someone who they can share all of their passion for the minutiae of life with.

When you talk to your beagle, when they tilt their heads, cock their ears and stare straight at you, you’ll swear that they understand every single word that you’re saying to them.

However they were bred to be scent hounds and hunting dogs, so they’re also incredibly single-minded, stubborn, and focused, and when they catch a sniff that they think is intriguing, they’ll pursue that smell to the ends of the Earth regardless of where that trail takes them.

It’s the breed’s stubborn and determined nature that makes them incredibly difficult to train, which has created the myth that beagles aren’t very bright. They are, they’re just easily distracted by the thing that they were bred to do.

There is, as any beagle owner will readily tell you, a fail-safe way to train these loveable hounds. Beagles are food-centric and are motivated by their tummies almost as much as their love for their owners.

If you want to train a beagle, use food to do it. Train them with treats and snacks, reinforce good behavior with food rewards and their natural intelligence will soon help them to learn everything that you want them to.

At What Age Do Beagles Calm Down?

Beagles’ brains switch into hype mode the moment they’re born and don’t really turn themselves off again for the rest of their lives.

They’re energetic, bouncy dogs who just want to enjoy every moment, and a lot of the time, people tend to confuse a beagle’s enthusiasm for everything with an inability to calm down and settle into their daily routine in the same way that a lot of other dogs do.

It isn’t that they can’t calm down, it’s just that beagles are always happy, every minute of every day.

Like all dogs though, they do eventually calm down.

While it takes beagles longer to calm down and leave the rabid and rambunctious energy of puppyhood behind than most dogs, you should start to see it happen around the time when they’re twelve to eighteen months old.

And having females spayed and males castrated increases the likelihood that they’ll begin to calm down before they reach two years of age.

But most beagles won’t take their paws off the puppy gas pedal until they’re four or five years old and completely ready to happily drift into middle age.