Turtles are super unique creatures that fascinate a lot of people due to their hard but cozy shells.

Their signature look is the focus of a lot of questions and debates, especially when it comes to whether or not they have a backbone. 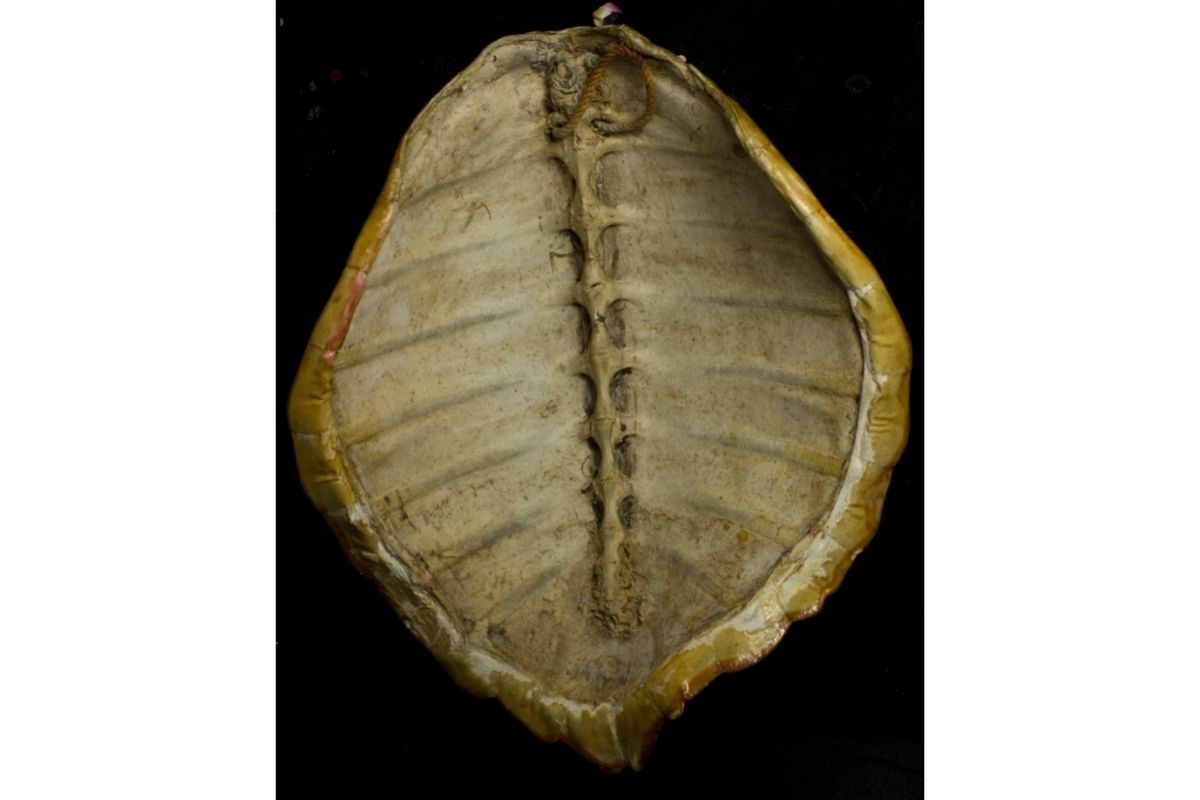 If you are wondering if turtles have a backbone or not, then we have the answer for you right here!

Here, we are going to be taking a closer look at the anatomy of turtles and find the truth to the long-debated question of if they have a backbone or not! So, keep on reading to discover the truth about turtles and their anatomy!

Turtles And Their Shells

Turtles are reptiles that belong to the order Testudines (which means “turtle” in Latin). They can be found all over the world, from tropical climates to temperate ones.

The most famous species of turtle is the common box turtle, which belongs to the family Emydidae. There are many different types of turtles, each with its own characteristics.

What makes turtles so unique and interesting to so many people are their shells.

These shells act like body armor and protect the turtle from predators and suffering damage.

The only issue is that this shell is exactly where we would assume their backbone is – which has led many people to assume that turtles do not have a backbone, but instead their shell acts as their backbone!

However, this is not true.

Turtles do in fact have backbones because they are vertebrate animals. Vertebrate animals are animals that have a backbone and this group includes us, humans, along with a bunch of other creatures.

Invertebrates are animals that don’t have a backbone and this group includes insects, arachnids, mollusks, crustaceans, and many others – but turtles are not included in this group.

So, what does this mean? Well, it means that turtles do indeed have a backbone! But how does that work around their shell?

Where Is A Turtle’s Backbone?

Because of their shells, the backbone of a turtle is completely unique and different from other vertebrates. This is because the turtle’s backbone is fused into different parts and varies when it comes to pliability and movement.

Most vertebrates can move their backbones into lots of different positions and angles. For example, you can probably bend forward or backward, and your spine will bend and move to allow you to get into that position.

They have a ‘regular’ backbone in their tail and neck which allows these parts of their body to move, but the backbone connecting these two areas is completely different.

The turtle’s main backbone area is actually fused to the upper portion of the turtle’s shell. Because it is so rigid, this means that it cannot bend or move like a regular backbone.

Imagine if your spine from your neck down to your tailbone was fused to a huge plate of bone – then it would not be able to twist and turn so freely as it can now.

This is what turtles live with day to day. They have a backbone but it is fused to a larger structure that makes it almost impossible to move in certain parts.

So, a turtle’s backbone is unusually non-pliable and rigid, meaning that turtles cannot bend their backs and move as other vertebrates can.

This is why so many people assume that turtles do not have a backbone – because they do not bend or move the same way other vertebrates do.

However, this is not true because a turtle can bend their tail and neck just like other vertebrates but cannot bend the main area of its backbone because it is fused with their shell.

The shell of a turtle is made up of two layers. The first outer layer is the upper dome which also features a layer of keratin.

This is the part where the turtle’s backbone is fused to. It is not fused to the lower, flat half of the shell known as the plastron.

Turtles And Their Shells

So, turtles are closely connected to their shell as their backbone is actually fused to the upper dome of the structure which is called the carapace.

The reason behind this is that the hard, rigid shell provides a lot of protection for the turtles. Their inner organs are protected from damage and injury, and also their shells make it very difficult for predators to attack and harm them.

If a turtle senses danger, it will retreat into its shell and hide because it is almost impossible for the predators to break open the shell.

Predators will then leave the turtle alone and find their food elsewhere. Turtles also use their shells to lull in their own prey.

They will hide and when their unsuspecting prey moves past, they will shoot their heads out and clamp onto them.

So, this means that turtles rely on their shells for survival – although not all turtles are capable of retreating into their shells.

Snapping turtles cannot and this is why they are known for their aggression. Because they cannot use their shells to hide, they make up for that by being aggressive and defensive when around enemies.

However, most turtles use their shells to their advantage and this is the reason why their backbone is fused to their shell. It is so they can never be parted from this important key to their survival.

This means that turtles cannot live without their shells. They are fused to them and cannot just switch from shell to shell.

Each turtle’s shell is a part of them. Not only is it fused by bone, but it is technically living bone. It has nerves, a blood supply, and tissue so it is possible for a turtle to sense touch on its shell.

The shell is not an unfeeling rock – if you try to break a turtle’s shell, it will feel pain. Luckily, the shell will repair itself although the recovery process is long and slow.

So, it is impossible to separate a turtle from its shell.

Although it is not technically their backbone, it is attached to it and acts as a second layer of very tough skin – but the shell is not the actual backbone of a turtle. What lies underneath and the two are very closely connected.

Do All Turtles Have Backbones?

Yes, technically all turtles have backbones because they are all vertebrates. However, each species has its own anatomy and some species of turtle may deviate from the norm when it comes to their shells and backbones.

Some turtles have backbones as described above. The very common box turtle actually has a backbone that is fused to its shell, but it is flexible in its head and tail to allow them to bend and move freely.

However, some species of turtle like the yellow-bellied sliders and the red-eared turtle also have their ribs fused to their shell along with their backbone.

Another species of turtle known as the painted turtle also has its shoulder blades attached to the shell as well.

Finding the backbone on a turtle is easy. All you have to do is find the raised line along the center of its shell that stretches from the base of its neck right down to the tail.

This line represents where the backbone is fused to the shell and acts as the turtle’s ‘spine’.

Now, leatherback sea turtles are interesting because their shells are soft and not hard like other turtles’ shells.

However, they still have a spine but it is just not fused to the carapace. Instead, it is covered with skin and lots of tiny, little bones.

This is because leatherbacks dive into the deep waters where the water pressure would break a hard, rigid shell so they need their backbones to be flexible. Thus, their shells are soft and made up of skin more than bone.

So – do turtles have backbones?

Yes, all turtles have a backbone because they are vertebrates.

However, this does not mean that the turtle’s backbone is the same as its shell. The backbone and their shell are two different parts of their anatomy that are fused and connected.

They rely heavily on their shells for protection and so, they have fused with them over many centuries so they can never be parted.

This fusion has led many to believe that turtles do not have a backbone at all because they have a shell instead, but that is not true.

Turtles have a backbone and can even spot it on them as the center of their shells will have a ridge where the shell is fused to the backbone underneath the top layer.

So, we hope that has answered all of your questions and queries about turtles and their backbones!