We know what it’s like, your kid says “I want a dog like that!” pointing at some dog in the park, and if you’ve agreed to get them a new pet, you’re going to want to get one that’s at least similar, if not the same breed. 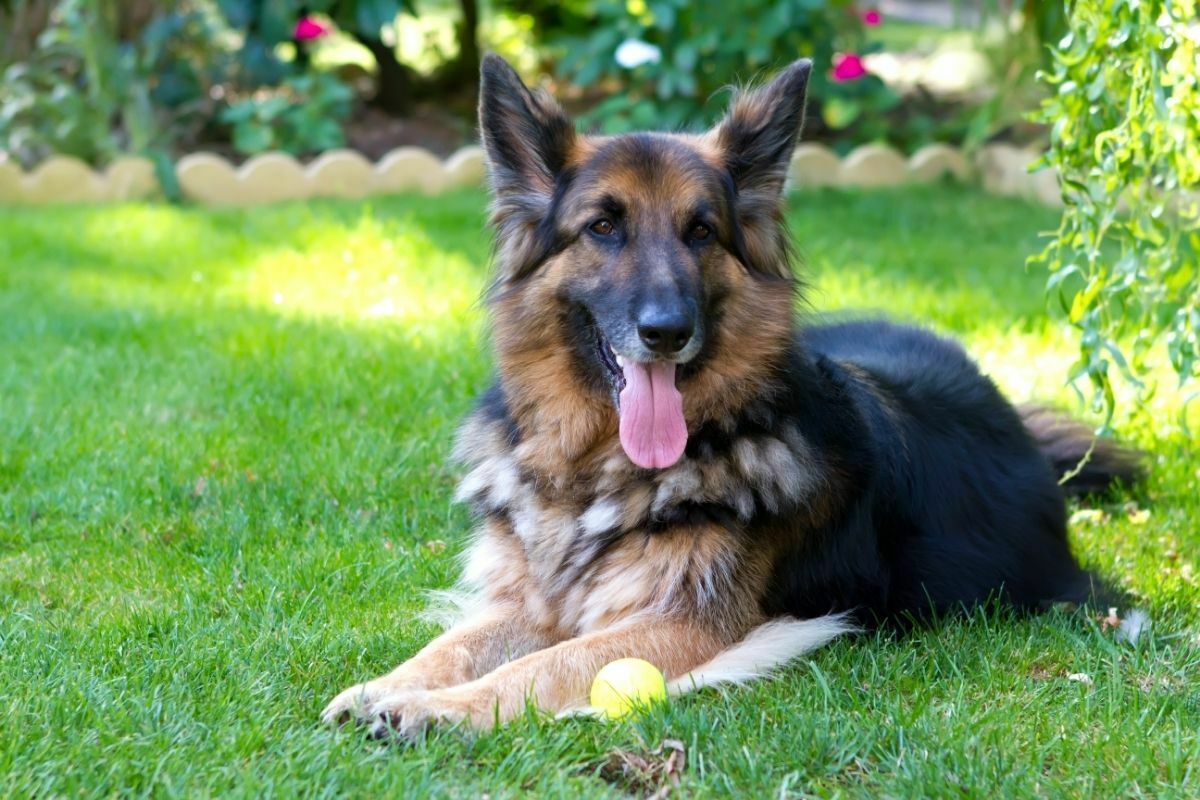 German Shepherds are a stunning breed of dog with their long bodies, large heads, and large ears. They are also known for being incredibly smart, friendly, and loyal.

There are many different types of dogs that resemble German Shepherds, but they all have one thing in common – they’re all very cute!

In this article, we’ll take a look at over 15 different breeds of dogs that look just like German Shepherds and discuss what makes them special.

So, in no particular order, here goes!

The Belgian Malinois is an intelligent, energetic, and extremely trainable dog. They make great family pets because they love children and will protect them from harm. 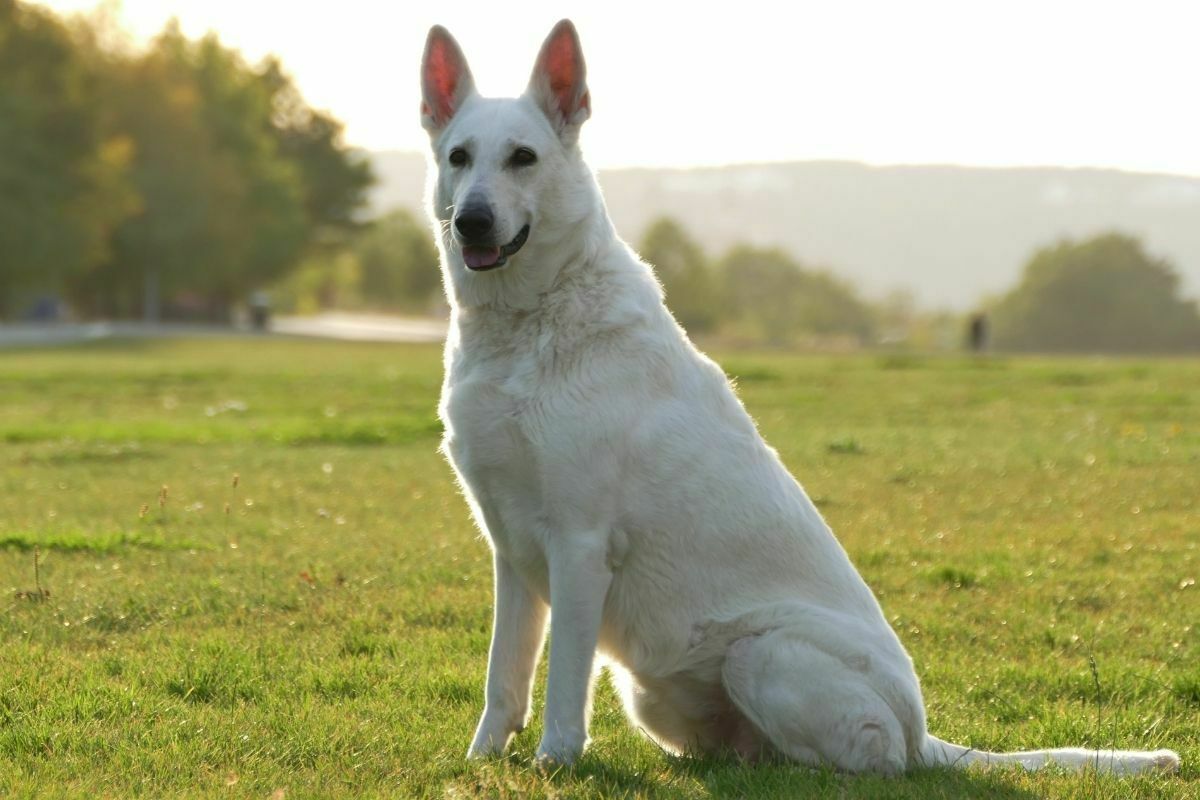 It was originally bred as herding dog, but now most people use them as guard dogs. They are very protective of their families and don’t hesitate to attack when necessary. 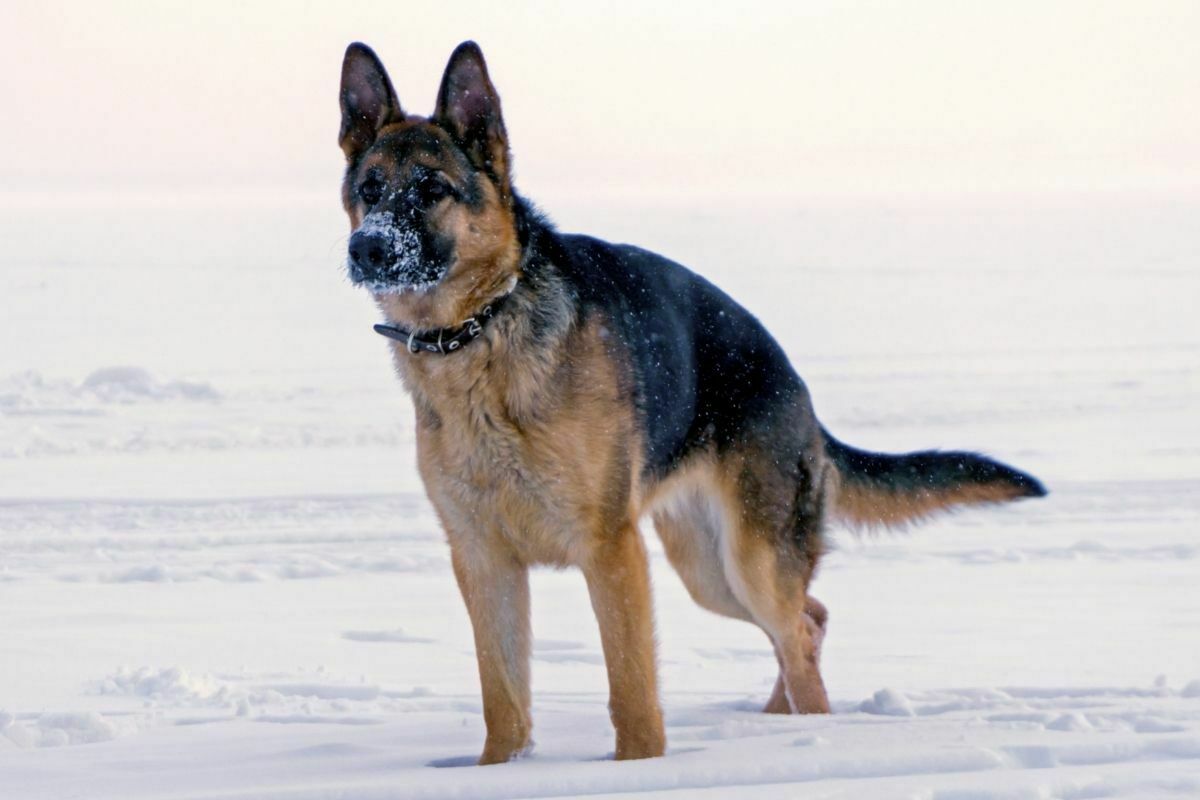 Similar to the German Shepherd, the Eastern European Shepherd has a long body, large head, and large ears. It comes in different colors.

They were bred by shepherds who wanted a dog that could work alongside them. Most people use these dogs as guard dogs. They tend to be quite aggressive towards strangers due to their protective nature. 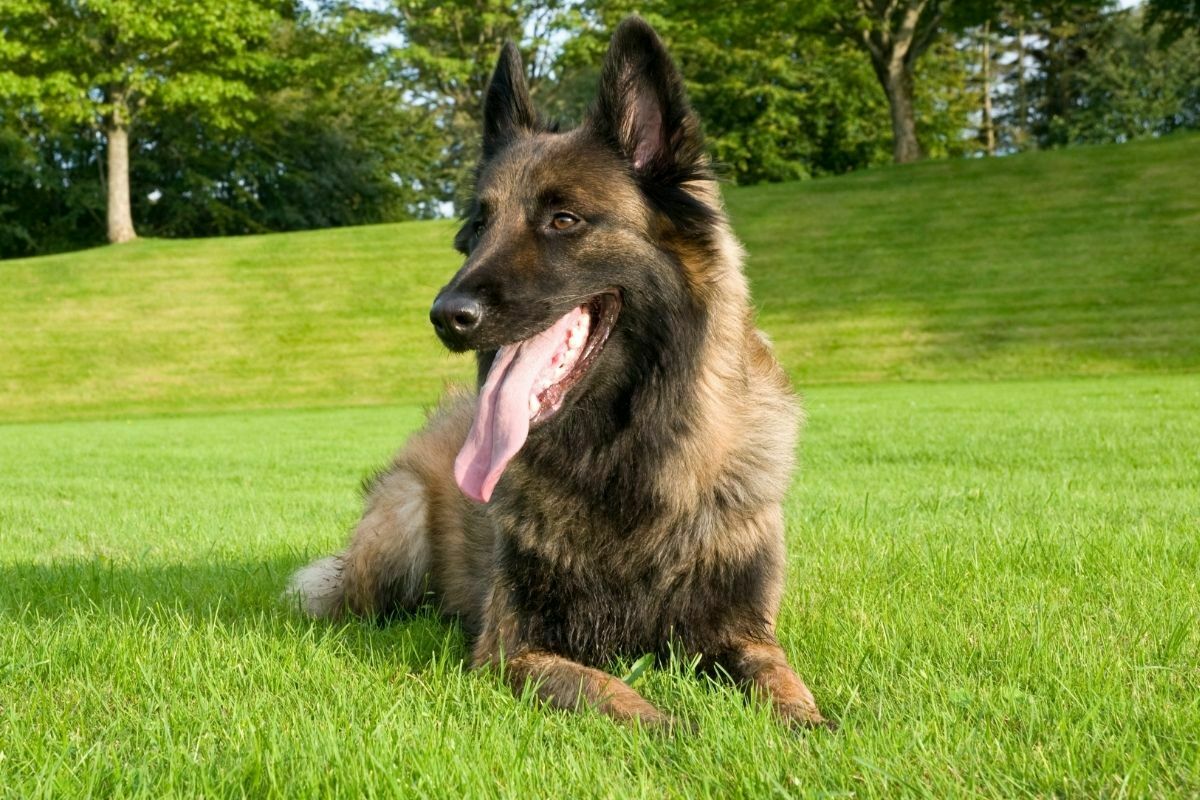 They were originally bred to herd cattle, so they need lots of exercises. These days, many people keep them as guard dogs.

This breed originated in Belgium, where they were used as farm dogs. Many people still use them as guard dogs today. They are very active and need plenty of exercise.

The Groenendael is another Belgian Shepherd-like dog that looks almost identical to a German Shepherd. This dog has a long body, big ears, and a small head.

Its coat is usually black or dark brown. People use this breed as guard dogs and police dogs. They are very good with kids and other animals.

The Dutch Shepherd is similar to the German Shepherd in appearance. It has a long body, a wide chest, and a short tail.

People use this breed as a working dog. They are excellent with children and other animals. They are not recommended for apartment living, though. 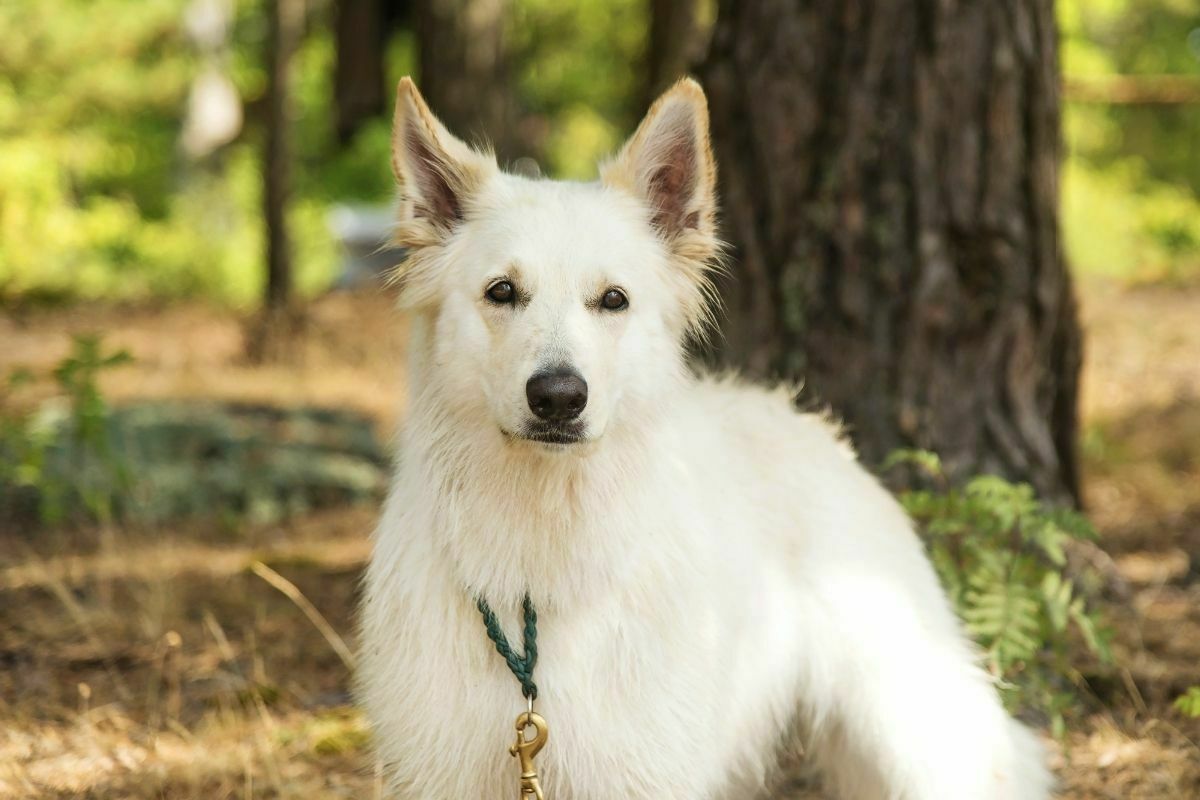 The Berger Blanc Suisse is a rare breed of dog. It looks just like a German Shepherd, but it is white instead of black.

As for their temperament, they are friendly and gentle. They are also quite smart and eager to learn new things, like tricks. 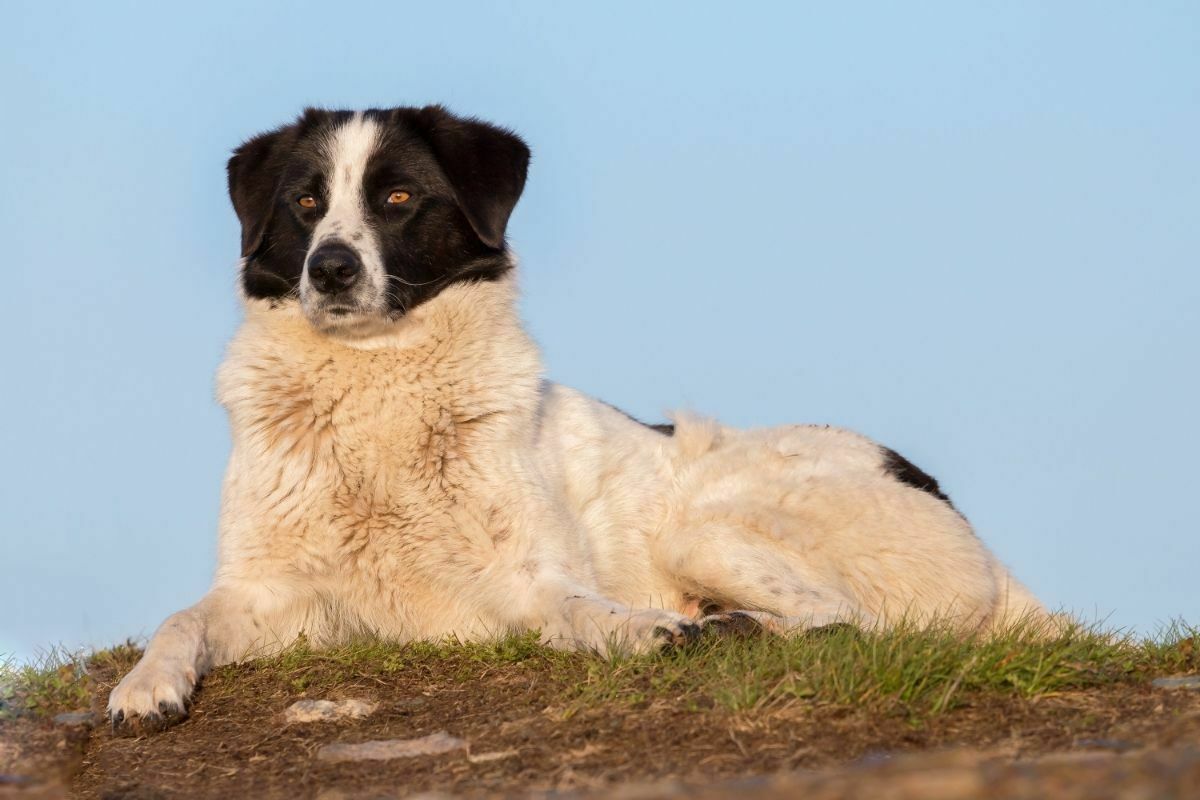 The Carpathian Shepherd is a rare breed of a sheepdog. It is known for being able to catch wolves and bears.

These dogs have a thick double coat which protects them from cold weather. Their coats can grow up to a whopping 6 inches long.

They are great with kids and other pets. However, they aren’t recommended for apartment living because they can get destructive if left alone too much. 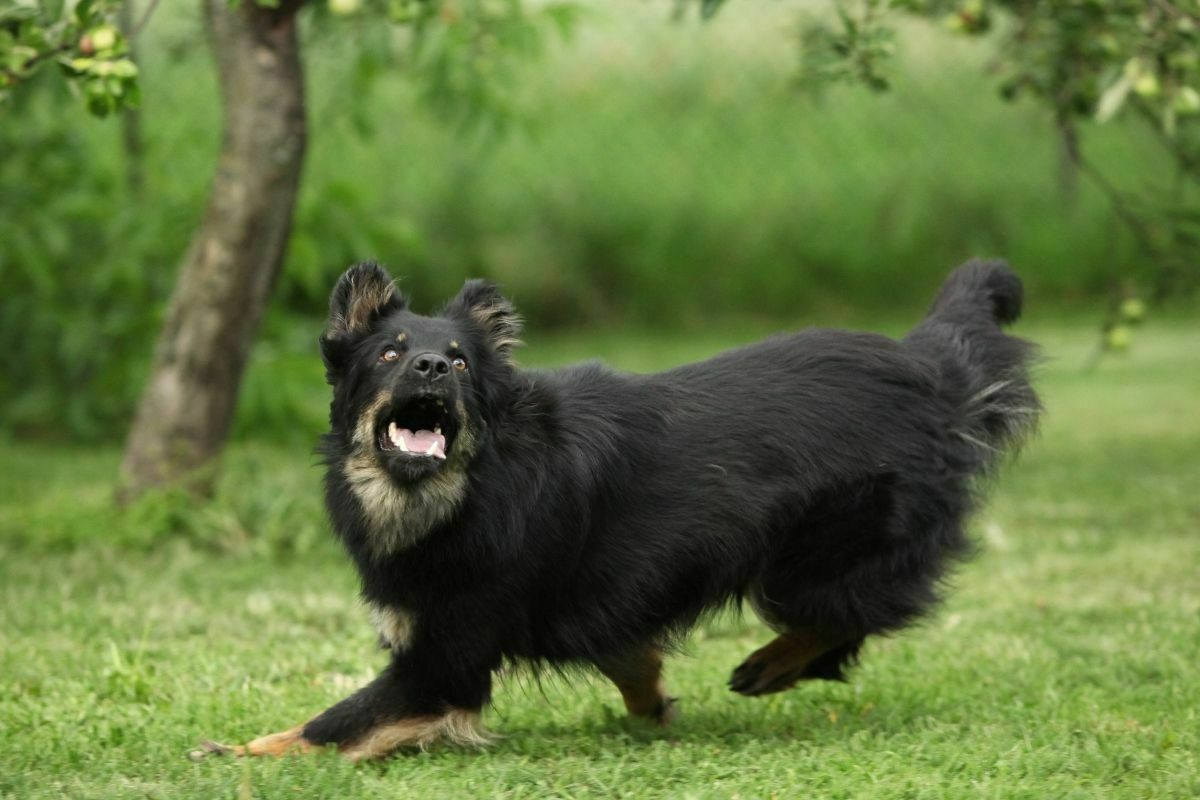 The Bohemian Shepherd was developed back in the 1800s in Europe. The name comes from Bohemia, which is now part of the Czech Republic.

It is one of the few breeds of Shepherds that originated in that part of Europe. It has a strong will but needs little training. They make wonderful family companions.

The King Shepherd is an ancient breed of dog. It was first mentioned around 400 BC.

Today, there are only about 100 purebred King Shepherds remaining. They look like large German Shepherds.

However, these dogs don’t bark all day. In fact, they rarely ever do. Because of their calm nature, they are often kept as guard dogs. 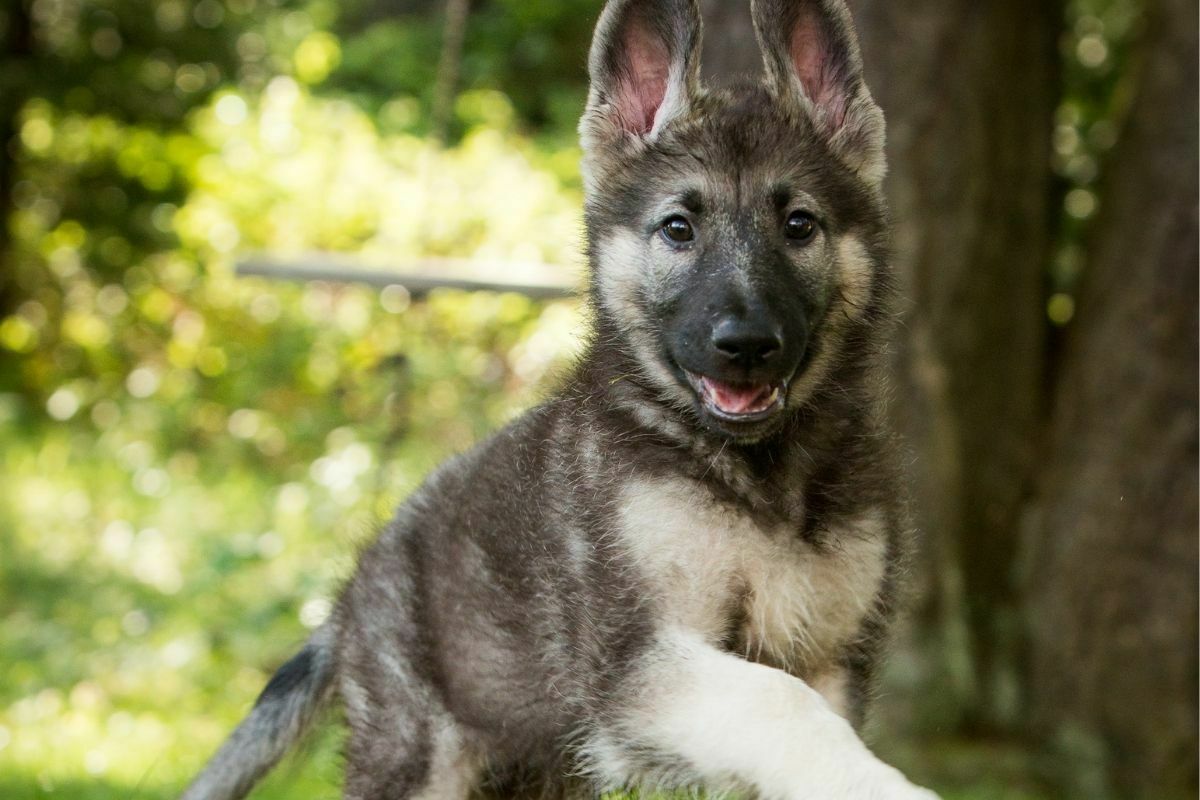 The Shiloh Shepherd is a rare breed that originated in Israel. It is said to be descended from the Biblical patriarch Jacob.

In addition to guarding livestock, Shiloh Shepherds are also used as therapy dogs. They are extremely intelligent and trainable. They love to play fetch and tug games. 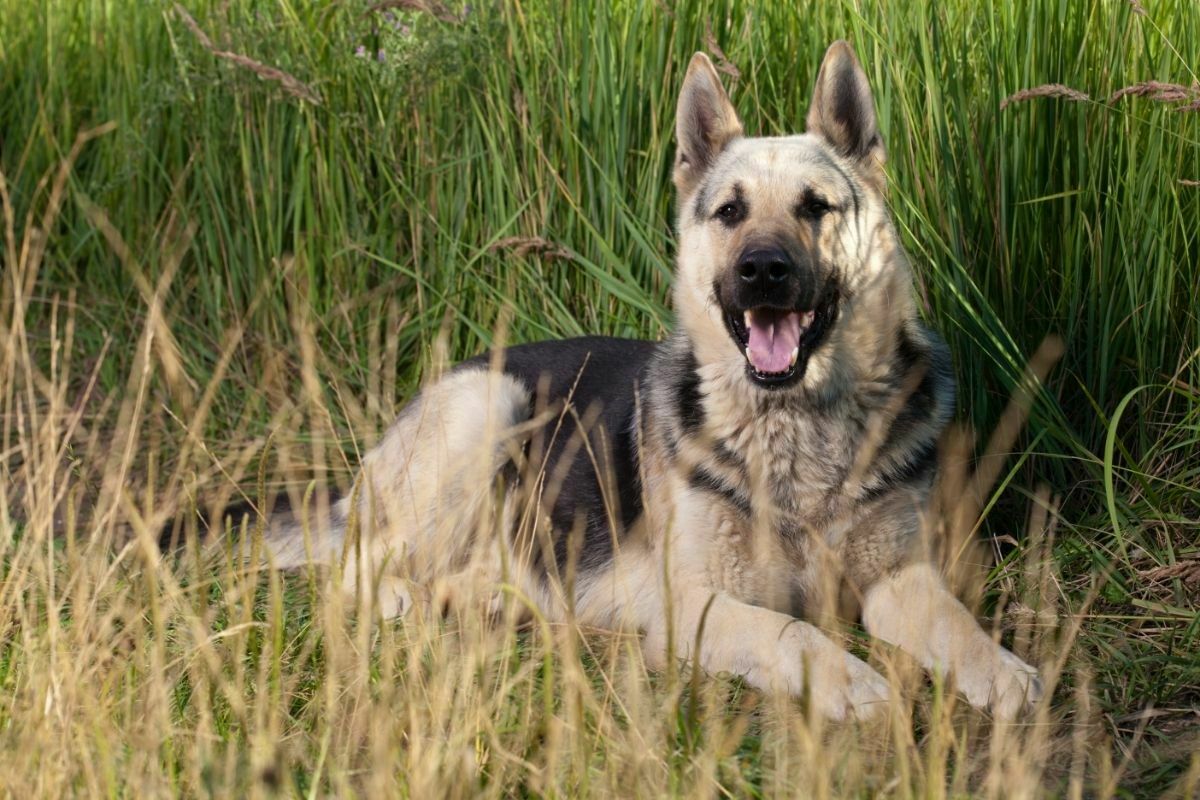 The American Alsatian is a large breed of dog. These dogs were bred to hunt badgers and foxes.

They have a lot of energy and require lots of exercise. Their coats come in many colors including red, and tan. They are also known for their high intelligence.

This is a rare breed of a sled dog. They were originally used by the indigenous people of Alaska and Canada.

Today, however, most of them live in zoos and rescue centers. They are mostly found in Greenland, where they spend their entire lives on ice floes.

Their fur is very soft and dense. This makes it perfect for keeping warm during harsh winters.

The Panda Shepherd is a rare breed. It is native to China.

These dogs were bred to herd wild pandas. As such, they need to be trained well.

Because they are so smart, they are usually good with children and other animals. They are also excellent watchdogs.

The Caucasian Shepherd Dog is a rare breed of dog. It originates from the Caucasus Mountains.

As its name suggests, this breed is white or light-colored. They are known for having short noses and a curly tails. They are also known to be highly intelligent. 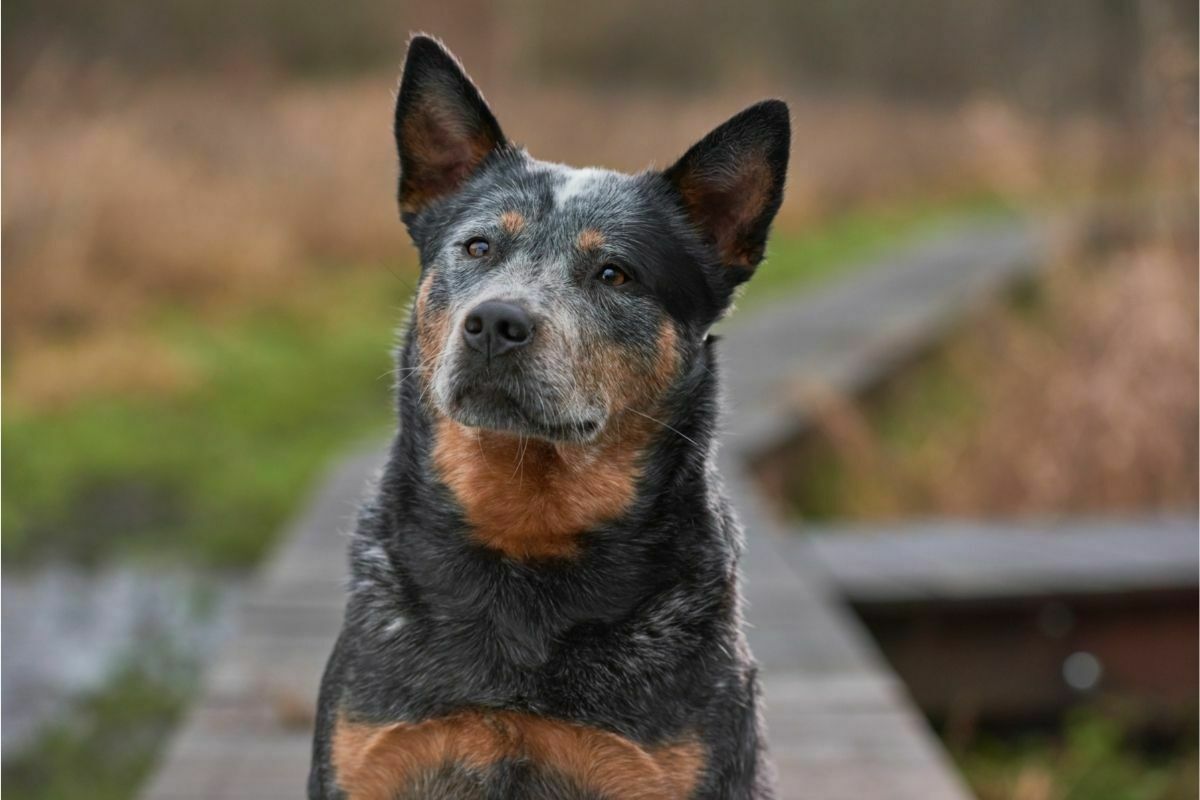 The Australian Cattle Dog is another breed of dog that looks almost identical to a German Shepherd. It has been around since 1879.

Like the German Shepherd, the Australian Cattle Dog originated in Germany. However, it was bred specifically for herding cattle. They can be aggressive towards strangers. 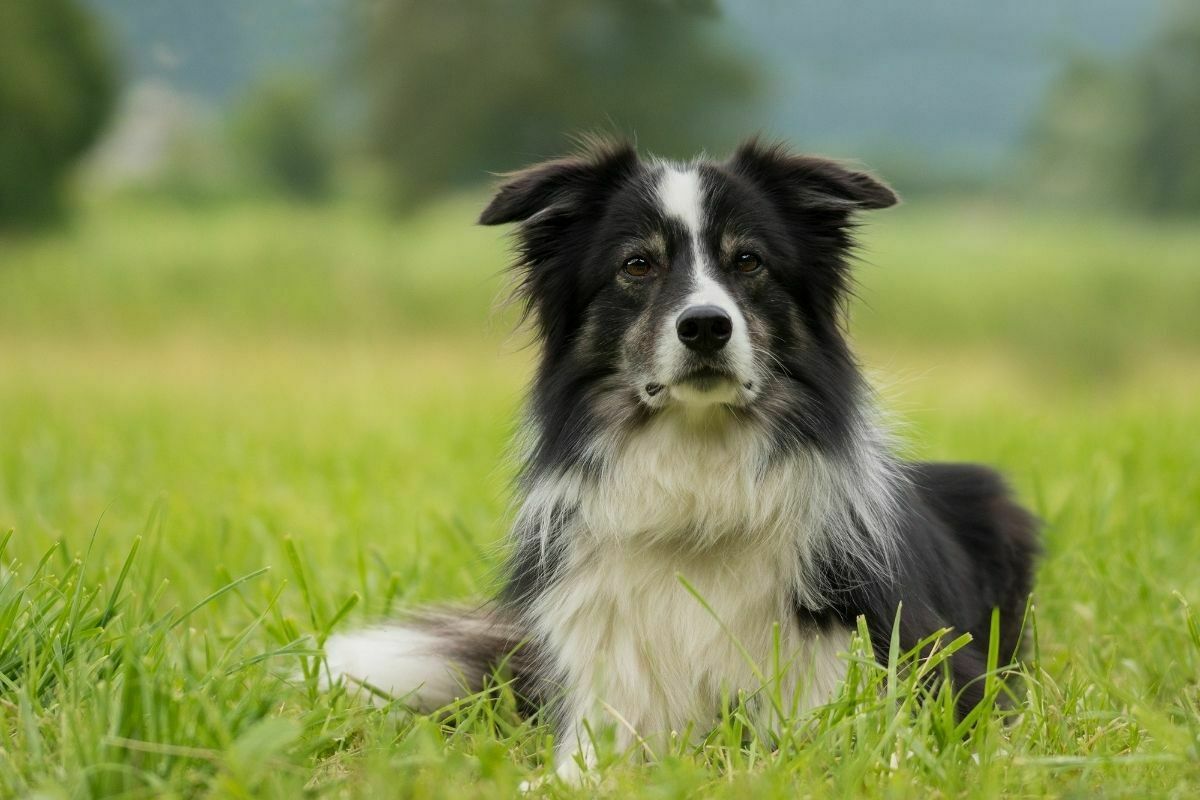 The Border Collie is another dog that looks like a German Shepherd but has longer hair. It was developed in England in the 19th century.

It is best known for being able to retrieve items thrown into the water. They are also great at herding sheep.

The Irish Wolfhound is a large dog with a massive head, long legs, and a thick tail. It looks more like a wolf than a dog. Its coat is generally black or brown.

The Irish Wolfhound is an ancient breed of dog and was first documented in Ireland over 1,000 years ago. They were bred to chase wolves and bring back their kills. 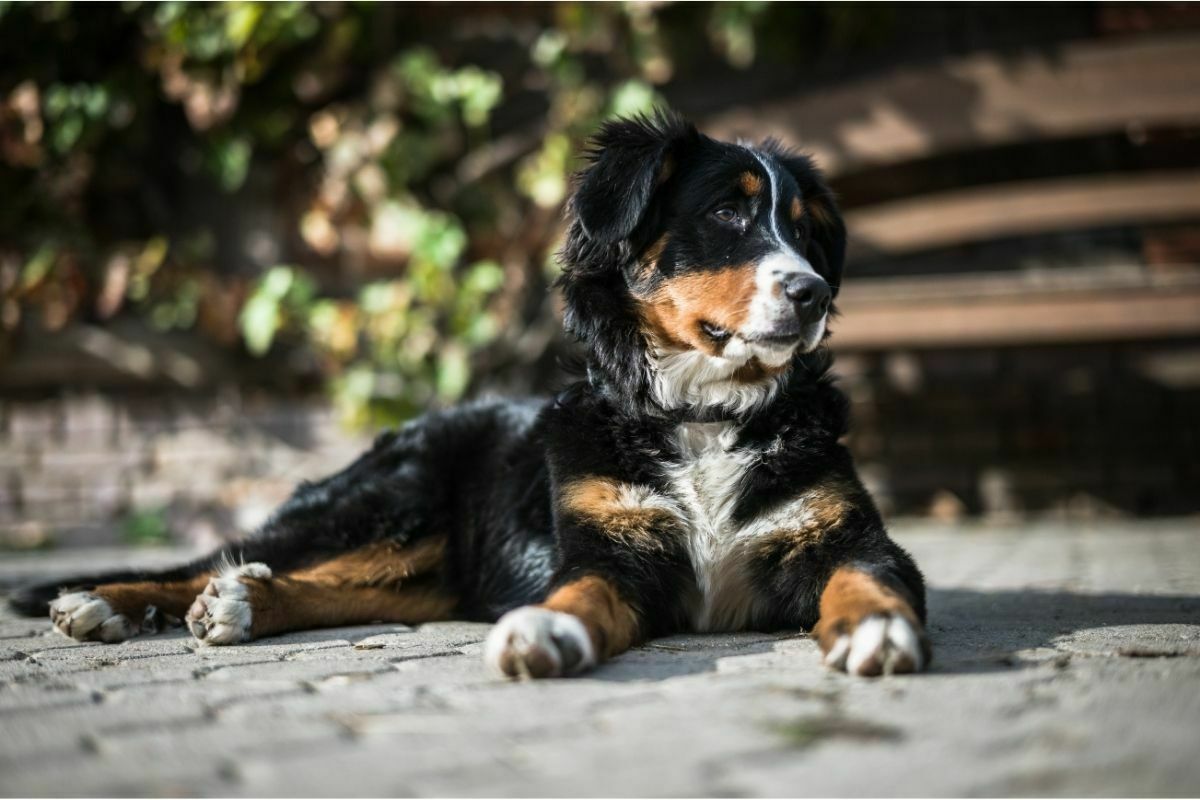 The Bernese Mountain Dog is similar to the German Shepherd in appearance. It has a long body, a wide chest, and a small head.

Its ears are set way back on top of its head. The Bernese Mountain Dog is one of the oldest breeds of dog.

The Kuvasz looks like a cross between a German Shepherd and a Hungarian Vizsla. It has a long face, a pointed nose, and a bushy tail.

They were originally bred as hunting dogs. Today, they are mainly kept as pets. They are extremely loyal and protective.

This massive dog is native to Tibet. It is considered by many to be the largest dog on Earth.

Like a German Shepherd, they have a strong jawline, a broad chest, and a long neck. Their coats vary depending on what part of Asia they come from.

The Great Pyrenees is a large breed of herding dog. These dogs were originally bred by monks to protect their flocks and herds.

Today, they are used as guard dogs and companions. They are very friendly and love to be around people.

So, there we have it, over 15 different breeds with remarkable similarities to German Shepherds. Some are very similar in build, but they can really differ in their coats. We hope you find a breed you like!