Many things make each breed of dog unique in its own way, and one of these things is its tails.

Just like Chow Chows are characterised by their black tongues, other breeds of dogs are recognized by their curly tails, which we will explore in this article.

We are going to look at a variety of dog breeds with curly tails, so you can find out more about which dog breeds actually have them. Of course, these dogs are gorgeous in their own ways, but their curly tails help with this. Just keep reading to find out more.

The pug is a well-known breed of dog that can easily be recognized by its squashed faces, curly tails, and playful personalities. They are small dogs that were originally bred to be companions of the ruling families in China, and they have only continued to become more popular since then.

After all, they say that good things come in small packages, and this is definitely a reflection of the Pug. They love to play around just as much as they like to take a nap on the couch. 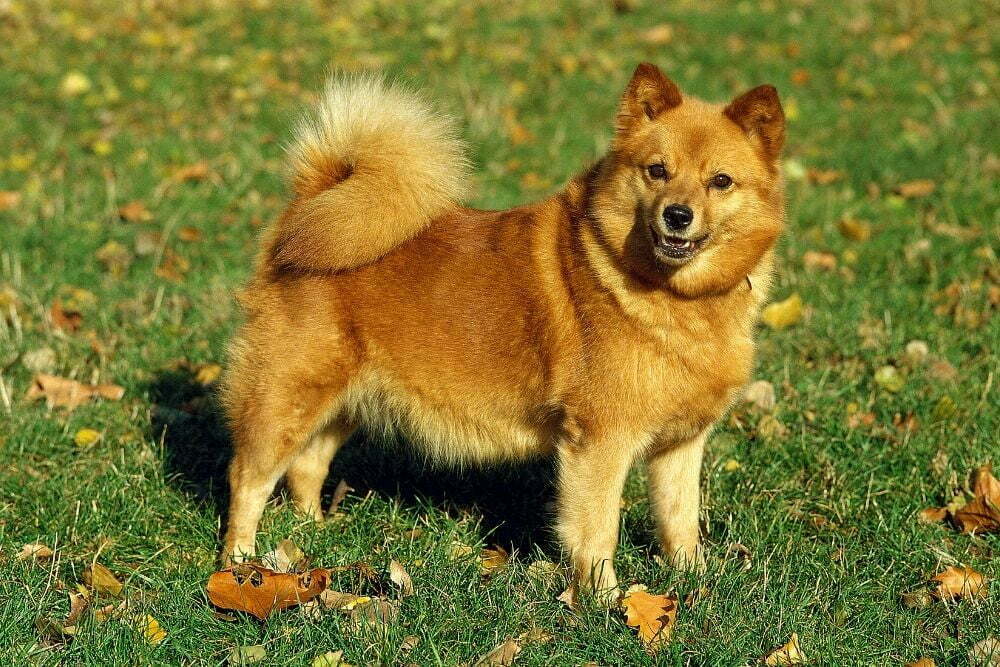 The Finnish Spitz is a playful and intelligent dog breed with the patience of a saint, and they are perfect companions for active families.

They were originally bred because they could hunt many different types of animals, from squirrels and grouse to elk and bears. Just like lots of other Northern breeds, they have plush coats and curly tails.

The Basenji breed was originally bred as a hunting dog in Africa, and this is an ancient breed that shares many characteristics with wild dogs that separate them from their more modern and domesticated relatives.

They are not the type of dogs to bark, but you will often be alerted with yodels and howls. They are energetic and alert dogs that will develop close bonds with members of their families, although they might not extend this friendliness to other family pets.

The Shiba Inu is a small dog with a history of hunting in Japan. They come from a spitz origin, where they get their thick coats and curly tails.

These dogs can be very independent at times, and they are often described by people as being cat-like. Just like a few other breeds on this list, the Shiba Inu is considered to be an ancient breed, and they have a genetic history that predates the majority of modern dogs.

The Norwegian Buhund is much more independent than other breeds, and they have been used as farm dogs and as herding dogs throughout history. Some of the ancestors of the Buhund breed were buried alongside Vikings, so they could continue to care for their humans after they had died. 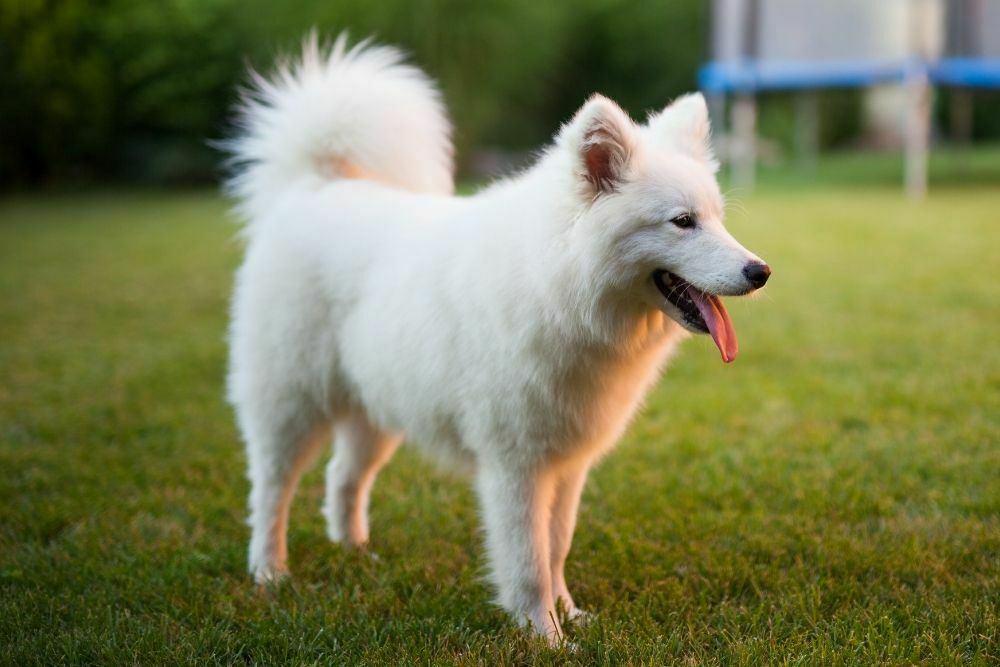 The Samoyed breed is often most well known for their white coats and curly tails, and these Northern dogs have been used as reindeer herders and sledging dogs for hundreds of years.

They are another ancient dog breed, like a lot of other spitz-type dogs, and they have a long history of working alongside people in harsh weather conditions. Samoyeds are energetic and loyal dogs that love to play around.

These dogs were bred down from larger working dogs to become family companions, and they have even been popular with Queen Victoria. They will be sure to keep you company and play games with you. 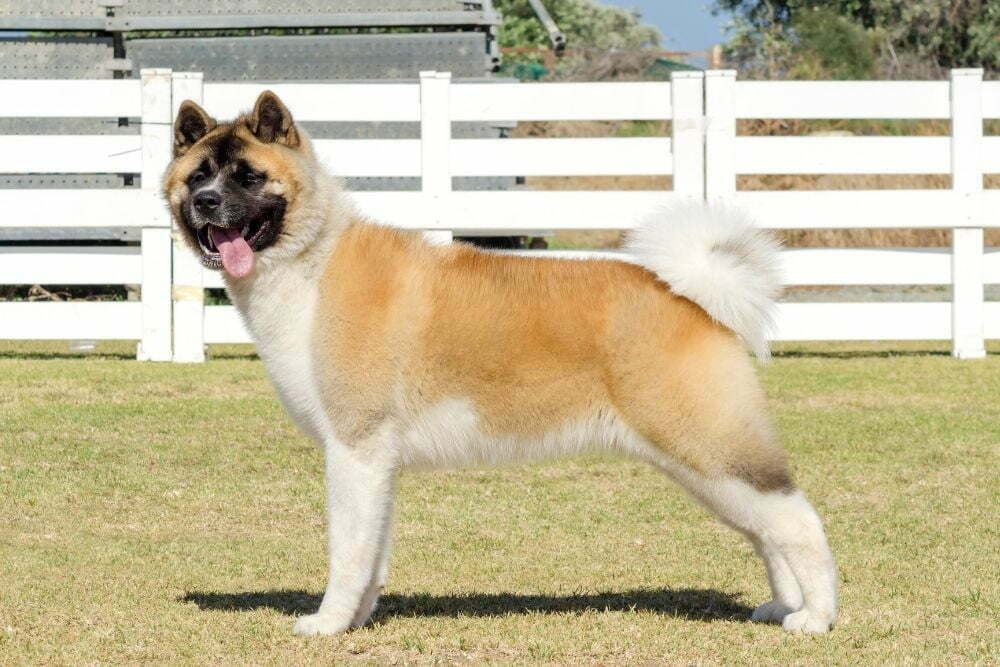 For those who don’t already know, the Akita is a large Japanese breed of dog that is most known for its fierce loyalty toward family members.

You might have heard the famous story about Hachiko, an Akita who waited for his owner to come home every day, even 9 years after he died. They were originally bred for hunting large game, like bears and elk.

The Chow Chow is another ancient breed that you might have heard of. They are well known for their blue-black colored tongues, and they have been a part of Chinese culture for hundreds of years. They are extremely fluffy dogs with curly tails, and they are a unique and primitive breed.

In the past, Chow Chows have been used as general purpose dogs for hunting, herding, sledging, and guarding. They are a highly independent breed, but they are also very loyal. They can sometimes be aggressive towards other animals, but they are often affectionate when it comes to people.

The large Norwegian Elkhound is a breed that has been used as an all-around hunting dog, but they are also large enough that they can track bigger animals like elk, bears, and wolves. These dogs are very loyal when it comes to their owners, and they are strong and athletic dogs that make excellent companions. 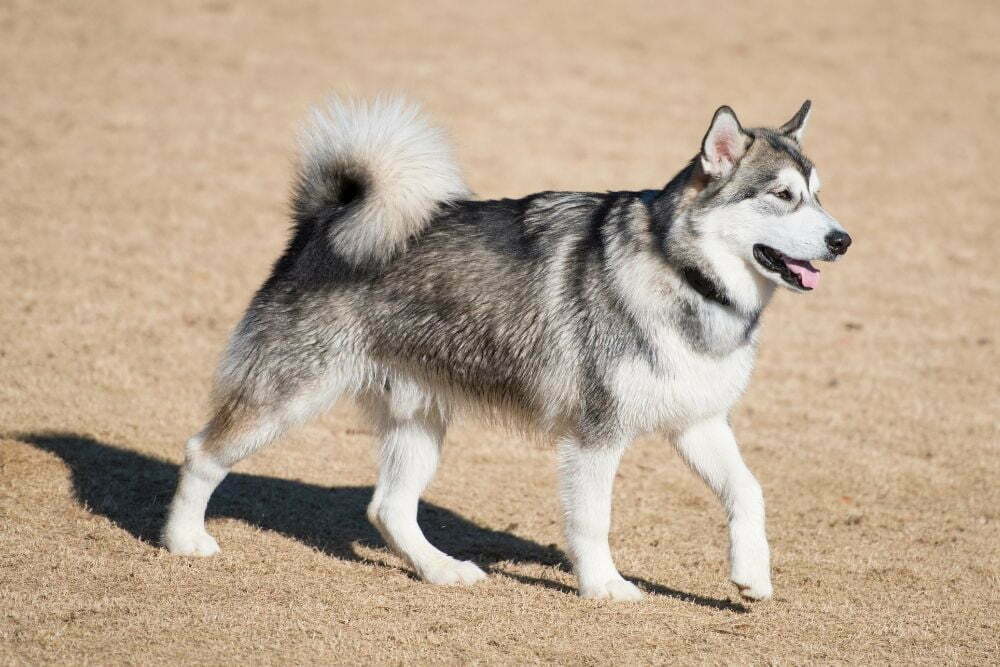 The Alaskan Malamute is another well-known breed of dog that has a curly tail. They are probably best known for their sledging and hauling work, and they are large, powerful dogs that love to have a task to complete.

They are not recommended for first-time dog owners, but they are quite quiet, very social, and they love to spend time with their families.