It is no secret that plastic is a notorious contributor to polluting our oceans, one of the main offenders of this being plastic straws. 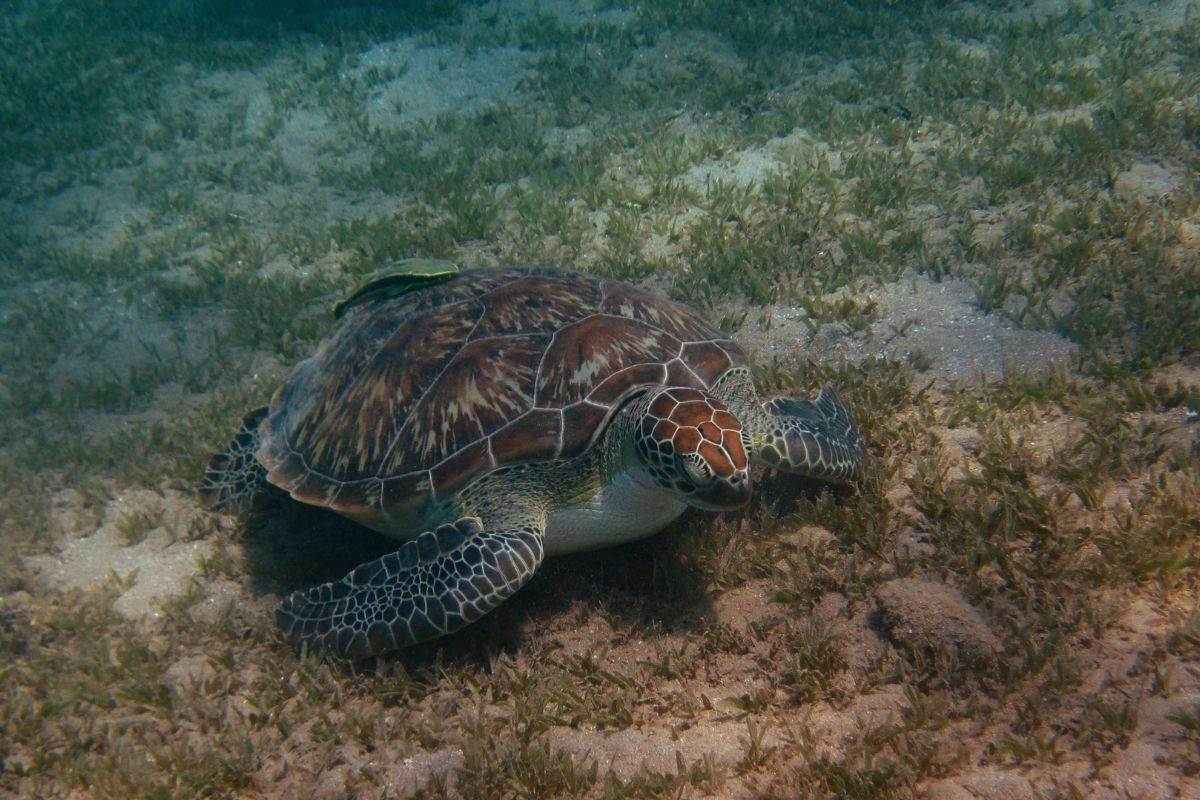 And, these are what can have the most detrimental impact on turtles – straws that are waste can usually end up in the sea, and this is something that the aquatic turtle is drawn to and that it will usually eat.

Why do the turtles end up eating the straws? Well, this is what we are going to explore right now.

The Short Answer To Why Turtles Eat Straws

Turtles will eat straws because they think they are something that they are not. What do they get straws confused with?

Turtles get straws confused with food that is safe for them to eat.

This is a huge problem because the consumption of straws can end up giving turtles pretty serious indigestion issues, and they can also choke depending on the way that they ingest the straw.

In addition to this, straws can also end up getting stuck in the turtle’s nasal cavity, which can lead to long term issues.

Why do straws cause long term issues? This is all to do with the way in which straws biodegrade – or should we say the length of time that it takes for straws to fully biodegrade.

Straws will not actually biodegrade for as long as decades – and this is why they have such a detrimental impact on our ocean creatures.

Especially turtles. But, it is not solely turtles who are affected by plastic pollution in the sea.

Other creatures living in the open water are equally susceptible to mistakenly swallowing plastic.

Just How Bad Are Plastic Straws For Turtles?

Here’s the thing, plastic is arguably the biggest problem that the ocean faces right now.

Plastic straws add to the pollution and the toxifying of beaches and surrounding land – and of course, they have a huge impact on the lives of turtles.

Straws are one of the most commonly littered items, and they tend to end up in the ocean.

As we mentioned before, plastic straws will not be able to biodegrade for decades and this in turn means that straws will just break up into smaller pieces over a long span of time.

Plastic straws are not even recyclable because of the kind of plastic that they are made from – which is why straws will end up in the regular trash, or why straws end up making their way into the ocean.

Turtles can’t help but mistake floating straws for food – straws are tiny, and a turtle won’t pick up on the fact that it is not safe for them to eat.

The straws might seem somewhat small and harmless, but that is not the case. Plastic straws can cause turtles all kinds of problems and all kinds of internal damage that they are unable to resolve or rectify themselves.

What Turtles Are Vulnerable To The Consumption Of Plastic Straws?

All turtles are vulnerable and susceptible to the consumption of plastic straws – but the age of turtles that are most vulnerable and at risk here are the little hatchlings.

When it comes to thinking about fully-grown turtles, it is true that plastic straws also pose a serious risk for them.

Grown turtles can end up choking on plastic straws depending on how they ingest them – and they can also have dietary problems from excessive consumption of plastic straws.

How does this work? Well, the plastic straws will end up giving the turtle a false feeling.

This false feeling will be that they have a full stomach – and for this reason, they will not look for any real food to eat.

In worst cases, this can lead to turtles being malnourished and starved, and it could even lead to their death.

How Can Plastic Straws Make Turtles More Vulnerable In The Ocean?

For instance, if a turtle has consumed an especially large quantity of plastic straws then this can make the turtle much more buoyant.

A turtle will end up floating more, and this will be due to the bloat of their stomachs from the amount of plastic that they have eaten. 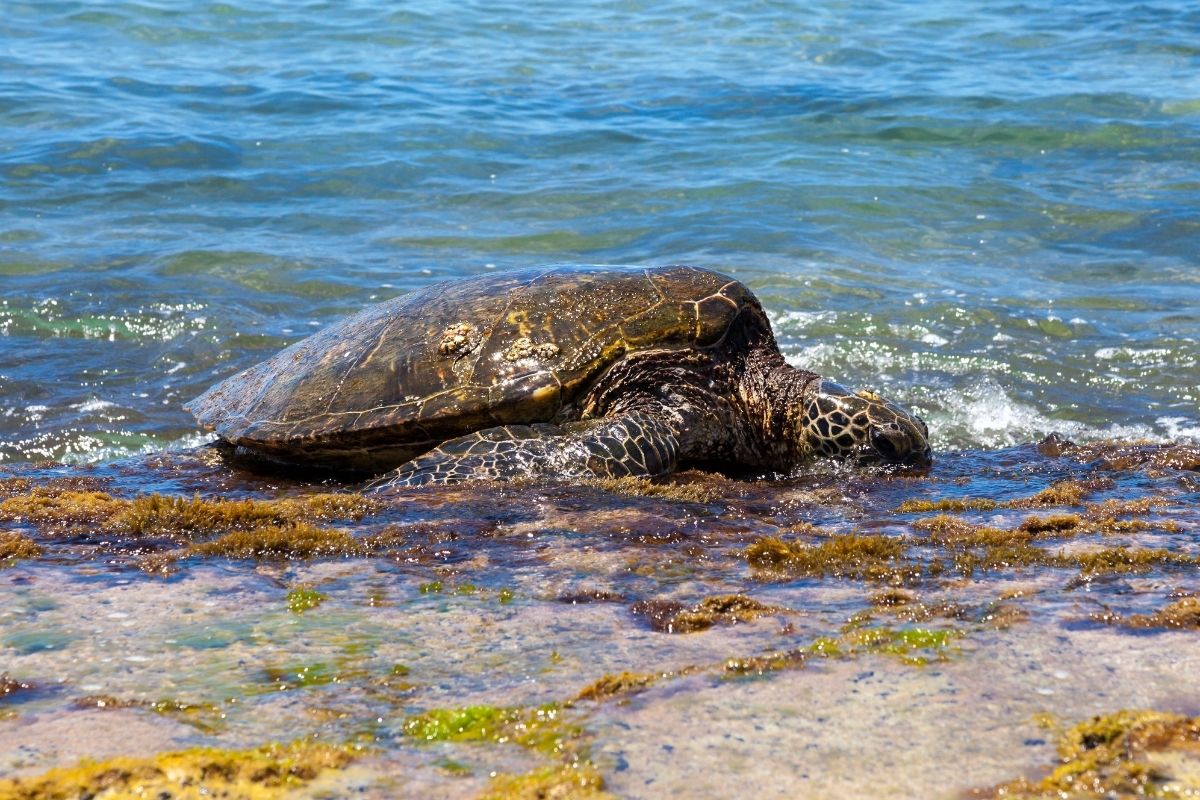 As a result of this, turtles can become much more visible to predators – and this is what ultimately makes them easier prey.

This kind of floating issue can have a negative impact on the life of the turtle, it can be debilitating as they will find it especially tricky to fully submerge themselves in water, making hunting for food beneath the waves impossible.

Why Are Plastic Straws Bad For Hatchlings?

This is because baby hatchlings have to remain on seaweed mats in the ocean for their first year of existence.

Seaweed mats are crucial for giving baby hatchlings the best start in their life, because the seaweed mats are their food and the mats are a way of protecting them from predators.

This is detrimental to the baby hatchlings as they can end up suffocating because they can’t breathe air.

Can Turtles Die When They Eat Plastic Straws?

It is very unlikely for a turtle to die from eating a singular plastic straw, but naturally, there are a lot of factors to take into account when it comes to thinking about the overall effect that plastic straws have on turtles.

Instead, they will end up breaking down into significantly smaller pieces over a much longer timespan.

The significantly smaller pieces that the plastic straws break down into are called microplastics, and this is what makes plastic straws pretty difficult to remove from the beaches and also from the oceans.

The biggest problem with plastic straws is that turtles will not know that they are dangerous. They do not see plastic straws as any kind of threat. This is the main reason as to why turtles eat them.

As a result of this, plastic straws will cause the turtles serious bloating – which makes the turtles think that they have eaten sufficiently when they haven’t actually eaten anything.

Plastic straws can be pretty detrimental to turtles because they can get consumed by smaller marine creatures as well as turtles.

How Else Can Plastic Straws Harm Turtles?

Other than ingestion, plastic straws can end up getting stuck in turtles’ nostrils. This can cause a pretty substantial injury in the long run.

If a straw gets stuck in a turtle’s nasal cavity for a while then this can end up leading to the death of a turtle. 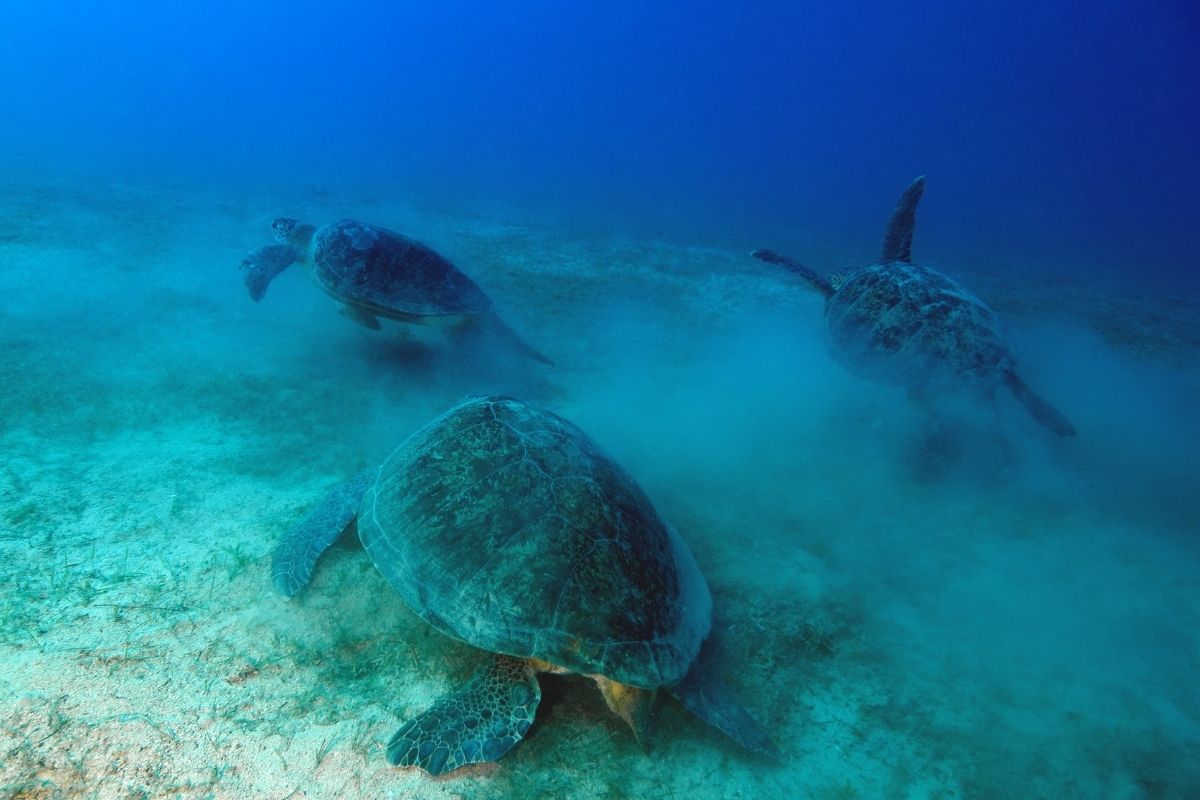 Straws can end up floating around in the sea because people might just happen to accidentally leave them behind on the beach, or a strong force of wind can end up blowing the straws and just carrying them away.

That, and drains will end up leading to the sea – so that is also how straws can end up in the ocean.

Plastic straws will float in the ocean, and this is how turtles and marine creatures will generally end up consuming them.

They will look at plastic straws and see them as food and eat them by mistake.

Similarly to human beings, turtles actually have a passage within their bodies that allows them to ingest food.

As human beings, when we throw up, the undigested food will end up coming out of our noses – and this is kind of similar to the turtles.

When turtles get to a point where they work out that the straws that they have eaten are not food then it will attempt to throw them back up.

This can be how turtles end up having the straws stuck in their nostrils – they will try to throw them back, and in turn, the straws will come out of the turtles’ noses.

This is because turtles can end up mistaking the straws for food, and this is why they will end up trying to eat them.

Straws are especially dangerous for turtles because they will think that they have eaten solid food, and they will feel like they are full.

This can be detrimental because the turtle will no longer seek food with the nutrition it needs to survive.

In the long term, this can lead to malnutrition and eventual starvation.

This is the way that plastic straws can end up leading to the death of turtles – especially if a turtle consumes plastic straws frequently or more than actual food.

However, as a modern society, we are all working hard to find alternatives to using plastic straws – and to protect our marine wildlife.