Vacations should be relaxing, with no worries about what’s going on back home. This is easier said than done if you have bearded dragons.

What are your plans for them while you are away? How can you care for a bearded dragon while on vacation? 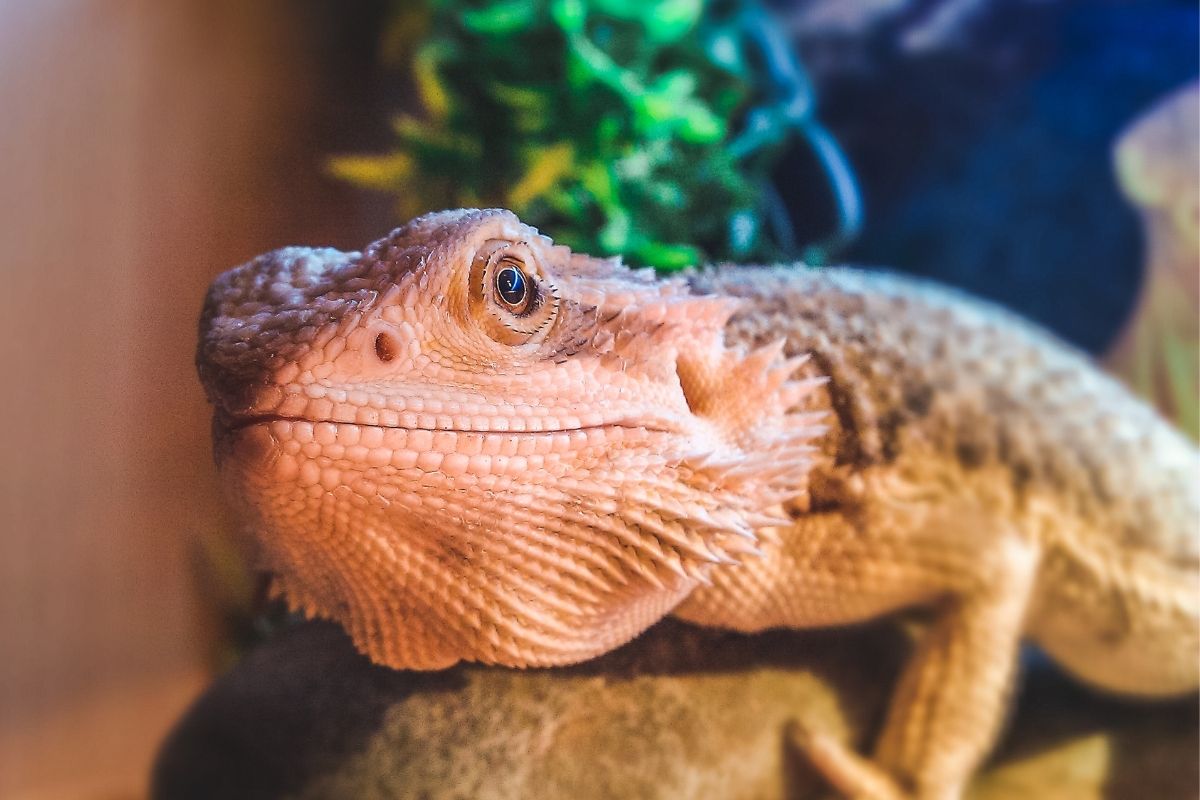 You may be surprised by how easy all this is to sort out.

A healthy dragon can go two weeks without food.

Before you travel, replenish the terrarium with edible plants like wild herbs such as cress, savory, rosemary, and Bolivian Jew.

These plants and herbs will not decay and will offer your bearded dragon sustenance for several days.

But that does not answer all of your questions. What, for example, should you do if your dragon refuses to eat its greens? How long may you take a vacation?

Is it necessary to turn off the lights? Continue reading to learn all about how to set up care for your dragon while you are away.

The majority of individuals that travel are concerned about their bearded dragon, which is understandable given how much you undoubtedly care about your pet.

Probably the most pressing issue you have is concerning their food and whether, or not, you should get someone in to feed them.

Because bearded dragons are highly resistant to disease, there is excellent news for you!

These animals are unquestionably tougher than you think, and they are capable of surviving alone and without food for several weeks at a time.

While we still recommend having someone check on your bearded dragon on a weekly basis, this is mostly to ensure that everything is in working order with the dragon and its surroundings.

While they’re there, they can also provide them with a short dinner.

For short periods of time, such as a few days, it is not necessary to have someone check on and feed your bearded dragon, as they will be just fine by themselves.

Give Them Some Herbs

The majority of bearded dragons kept in captivity are overweight and overfed.

The reason for this is that many bearded dragon owners believe that denying their creatures live food on a daily basis would be cruel to them and their pets.

Dragons, on the other hand, are unlike many other pets in that they do not require food on a daily basis.

Dietary components of an adult dragon’s food should consist primarily of greens such as lettuce, with a minor amount consisting of live creatures such as crickets.

As a result, adding a few wild plants to the terrarium before you leave isn’t overkill and will be great for providing food for your dragon.

In fact, because bearded dragons consume greens like this in the wild, this encourages them to behave in a totally normal manner.

The wild animals are also used to going without food on a regular basis, and herbs are an important element of their natural diet in order to survive there.

The advantage of using herbs is that they do not mold. Herbs dehydrate safely and pose no threat to your bearded dragon’s wellbeing.

Furthermore, dried herbs are preferred by the majority of bearded dragons, which means that even if the herbs become dehydrated, your bearded dragon will have food. 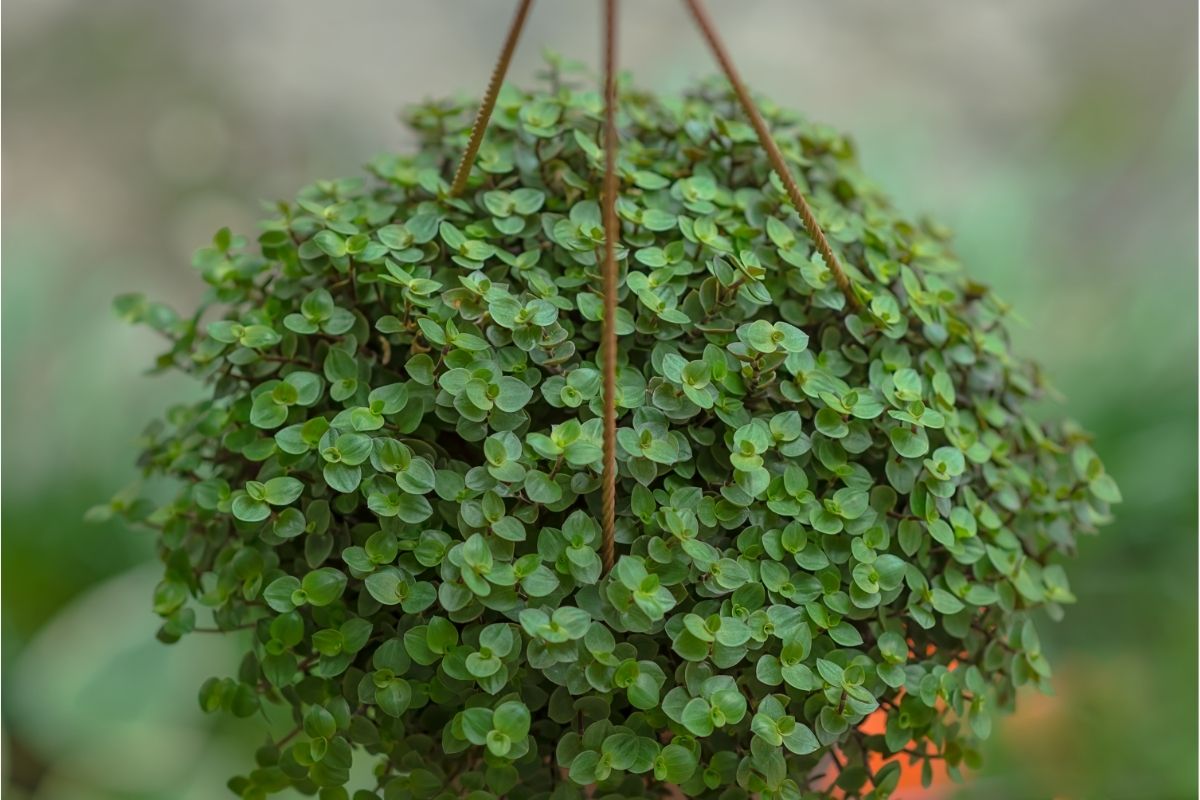 An excellent plant to keep in a bearded dragon tank is Callisia Repens, which is also known as Bolivian Jew.

In addition to having a gorgeous color and being used to decorate the tank, it also has the ability to survive in a bearded dragon tank for an unusually long amount of time.

There is another advantage to Bolivian Jew in that it can be eaten by bearded dragons, and they seem to like it a lot.

If you are going on a vacation for longer than a week, then buying one or two of these plants and adding them to the tank will be an ideal food source for your dragon.

Your bearded dragon will be able to eat for several days at a time if you provide it with enough food.

My Dragon Won’t Eat Greens – What Should I Do?

Many dragons in captivity are fed an excessive amount of food on a daily basis, and they are also provided the wrong type of food due to people being misinformed on what percentage of their diet should be live food and what should be greens.

If a bearded dragon consumes an excessive amount of high-fat food, it may develop an addiction to it and refuse to eat anything else, including foods that are possibly healthier.

Fatty food for bearded dragons is comparable to fast food in that it tastes wonderful, but is also unhealthy and incredibly addictive to the dragons who eat it.

Bearded Dragons, like a lot of reptiles, are omnivorous, which implies that they will eat anything and everything that comes into their path.

If your bearded dragon is refusing to eat greens, it is probable that you are not providing him with the proper nutrition.

It is not a good idea to feed your animals just live food, and you should stop doing so as soon as you can.

Your dragon may not eat any of the greens you put out in protest of this new diet, but should not give in.

In the wild, dragons are not picky; in captivity, they will eventually give in and eat their greens.

If your bearded dragon poops once a day or more, this can be a sign that there is an issue with its diet.

This amount of pooping requires a huge amount of food, so it may be a sign that you are overfeeding your pet.

It can also mean that you are feeding the dragon too much live food, so try feeding them some greens instead.

If a bearded dragon just eats greens for a few days, we can estimate that he or she will defecate once or twice a week.

Eventually, everything that goes in has to be spat out again.

If you don’t supply your bearded dragon with an appropriate amount of food, it won’t be able to make much waste in return.

That obviously does not mean that you should starve your dragon a few days before you leave so that it makes less waste, that is very neglectful.

In the event that you will be absent for more than seven days, you should find someone who will be willing to clean the tank at least once a week while you are away.

This will keep your dragon clean and healthy, while also preventing a smell from building up in the tank and your home.

In Australia’s desert forests, where it is not uncommon for it to stay dry for months at a time, bearded dragons can be found in their natural habitat.

It appears like bearded dragons are absolutely unfazed about this situation. They are, in fact, accustomed to being dehydrated under certain situations.

As a result, even if some bearded dragons like drinking a lot, they do not require a large amount of water to ensure their survival.

The vast majority of the water they require is obtained from their food rather than through drinking.

Place some herbs and plants in your bearded dragon’s terrarium so that it may eat them for the next two weeks, and everything will be OK.

They will get plenty of water from this. 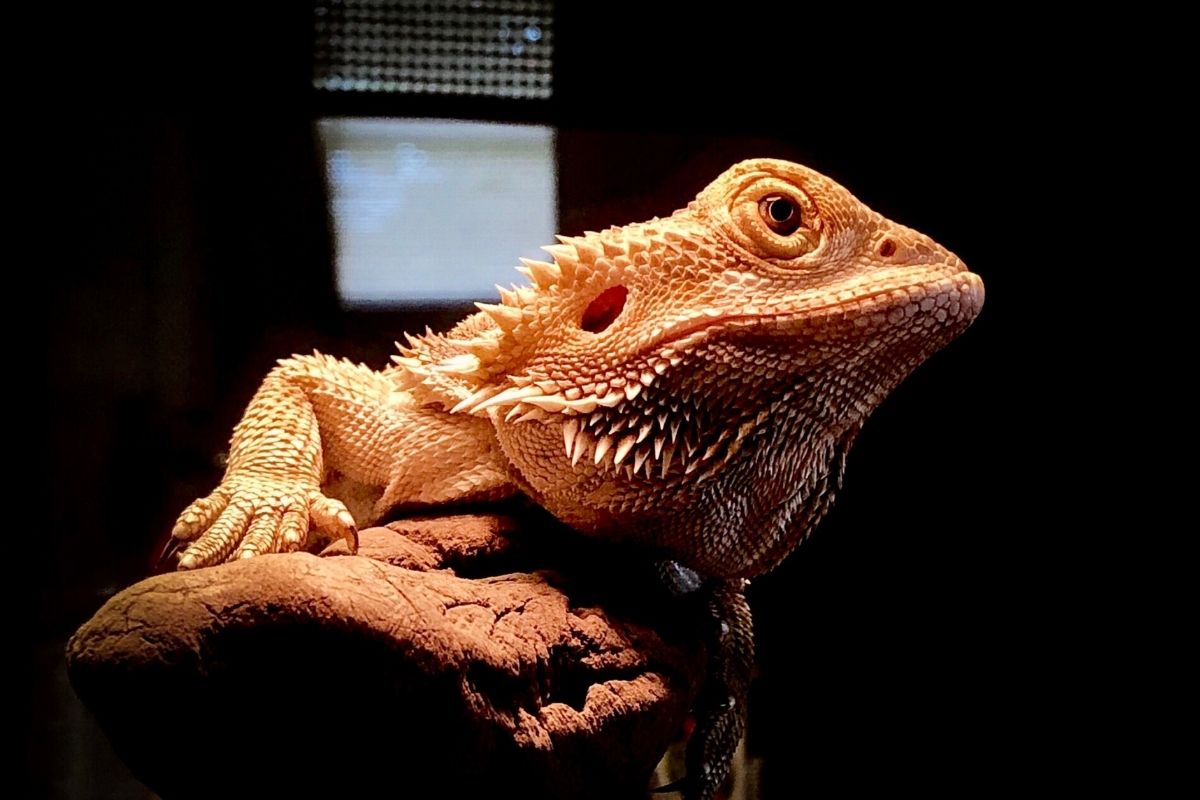 Lighting is a tough topic to broach, and some people feel that the lights in the tank should be left on all the time.

This is completely untrue though and may cause more harm than good to your dragon.

It is very vital to use a time switch to turn on and off the lights in the morning and at the end of the day, not only for the health of your dragon but also for convenience’s sake.

When traveling on vacation, some people choose to leave all the lights in the house turned off to save energy, including the bearded dragon tank.

This can have a very negative effect on your dragon though.

They are forcing their bearded dragon to enter a state of brumation as a result of this.

Essentially, they sleep for an incredibly long amount of time in order to recover and be able to withstand the colder days of the wilderness.

It is hibernation for reptiles.

Bearded dragons brumate in the wild during the months of October and November, and the majority of bearded dragons kept in captivity do the same at the same time period.

If it is in the typical brumate months (October/November) then it probably won’t be that much of an issue.

If it is another month then you can still do it, though this may make your dragon get a bit confused and go off their food for a while.

It is preferable to leave the lights on and leave out some plants and herbs to feed them with, but this may not be possible in all situations.

Leaving the lights off is ok, but still, try to get someone to check on the dragon at least once a week.

Will My Dragon Miss Me?

While bearded dragons like having their owners around and get used to their presence, they won’t necessarily miss you if you leave for a long time, especially if they are asleep for the whole time.

Given that bearded dragons are capable of surviving for lengthy periods of time without food, it is fine to leave your bearded dragon alone for a week while you are away on vacation.

Without any issues, they will be able to deal with the situation.

They are capable of living for up to two weeks without food, but we still strongly advise you to provide them with some herbs to ensure that they have at least some nutrition for the first few days after leaving home.

You should also have someone visit your house once a week to check on your bearded dragon to ensure that it is healthy and that its tank is cleaned.

Aside from that, there is not much you have to do, and you can enjoy your vacation knowing that your bearded dragon is safe and well at home.