While turtles remain a popular animal among the public, there remains a consensus that the animals are slow. And while this is true, it is important to note that there is a reason for their slow movements. 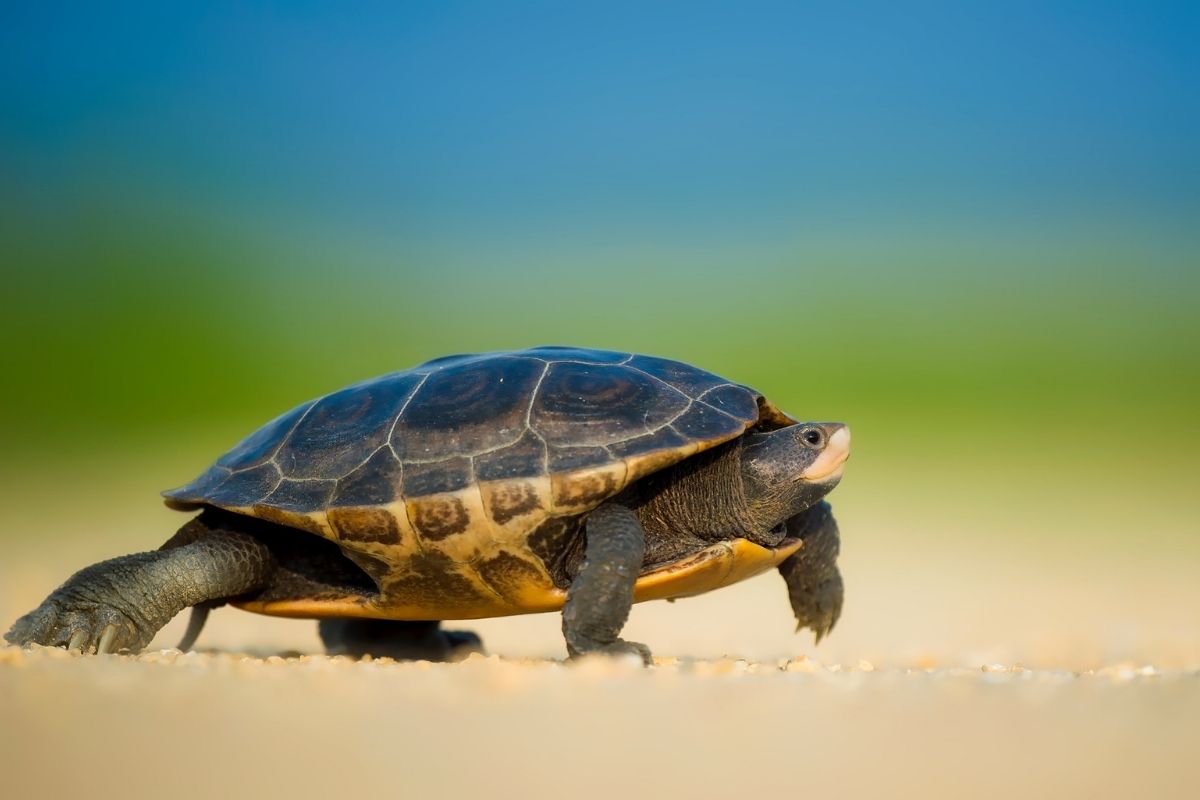 Turtles have been around since dinosaurs roamed the earth , and they are still here today. They’ve survived many periods of time and have adapted to the changing environment.

The turtle has become an iconic symbol of survival and strength in the face of adversity.

This is why you see them on everything from clothing to jewelry.

Turtles have always had a reputation as being slow-moving creatures. But when you think about it, they are actually pretty fast.

In fact, there are some species that can swim faster than some fish.

So why are they known for being slow?

In this article, we have compiled some interesting information concerning turtles and their speed. So that you can learn more about these amazing creatures.

Why Do Turtles Move Slow?

Turtles move slowly for one simple reason – they don’t have to move fast. They’re not like other land animals who need to run away or fight off predators.

A turtle doesn’t have to be quick because it isn’t under threat.

If you look at a turtle in its natural habitat, it will spend most of its life completely stationary. Its only movement comes from eating, mating, and basking. 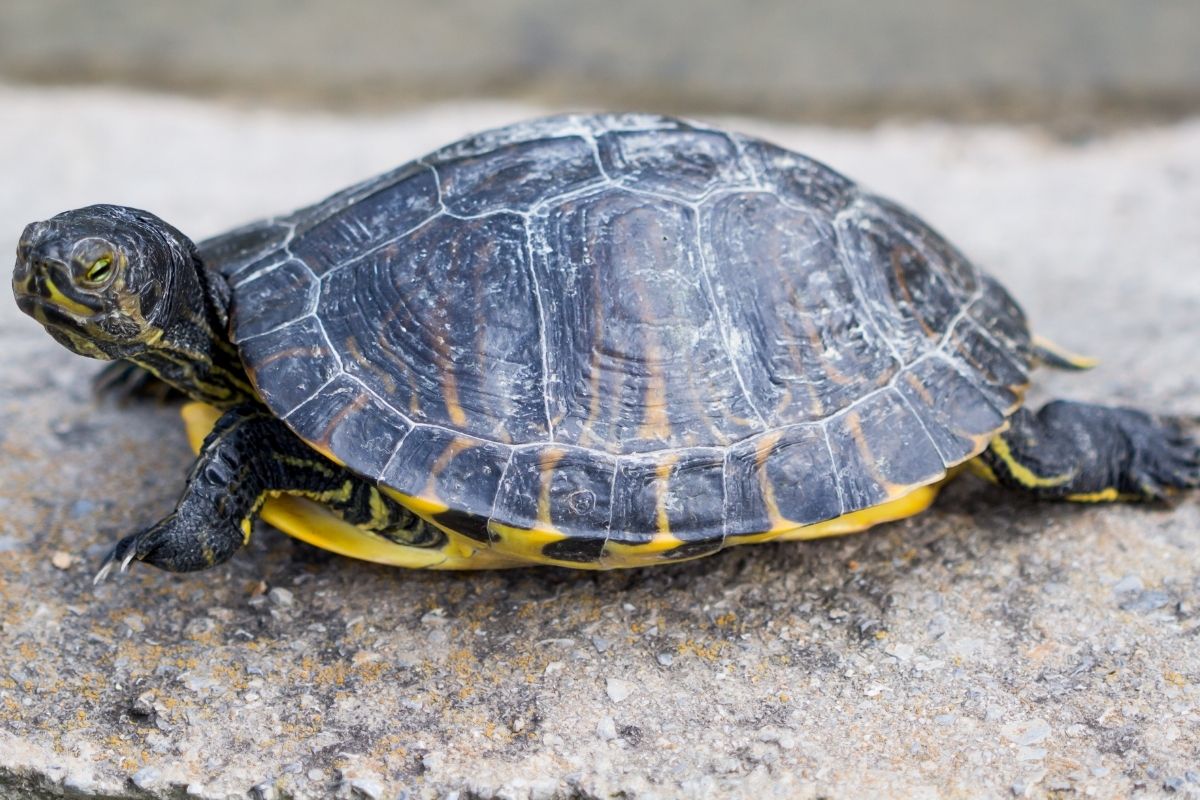 This is because most turtles are herbivores, which means they don’t need to hunt for their food.

Their shells also protect them from potential predators, as they can hide away from danger.

In fact, their slowness could be seen as the source of the turtle’s longevity, as they have a low metabolism and remain one of the oldest living vertebrates in the world.

Because turtles move slowly, they are able to preserve their energy, which means they can go for long periods without food.

Turtles are also well adapted to their particular niche, as running or moving fast can also result in falls, brushes, broken limbs and other injuries.

In many ways, the turtle’s slowness contributes to their long and healthy lives, as they do not spend their days rushing around or chasing prey.

Of course, another important element to mention is the shell, which also plays an important role in the reptile’s slow movements.

Despite protecting the creature from predators, the shell also comes with the drawback of slowing the turtle down.

This is because the shell decreases the turtle’s range of motion, which makes it difficult to move fast.

Beyond this, the shell also adds more weight to the animal, which makes it even harder to run across the land.

While turtles are often seen as slow animals, it is important to remember that the rule does not apply to all species. In fact, there are some turtles that are known for their speed.

For example, sea turtles are able to swim extremely fast, with some even reaching the same speeds as race cars. However, most turtles will only maintain their top speed for a few seconds.

What Are Turtle Top Speeds?

As mentioned above, turtles can reach high speeds if they want to.

Some species can travel up to 20 miles per hour. While this may seem impressive, it should be noted that this is their top speed. 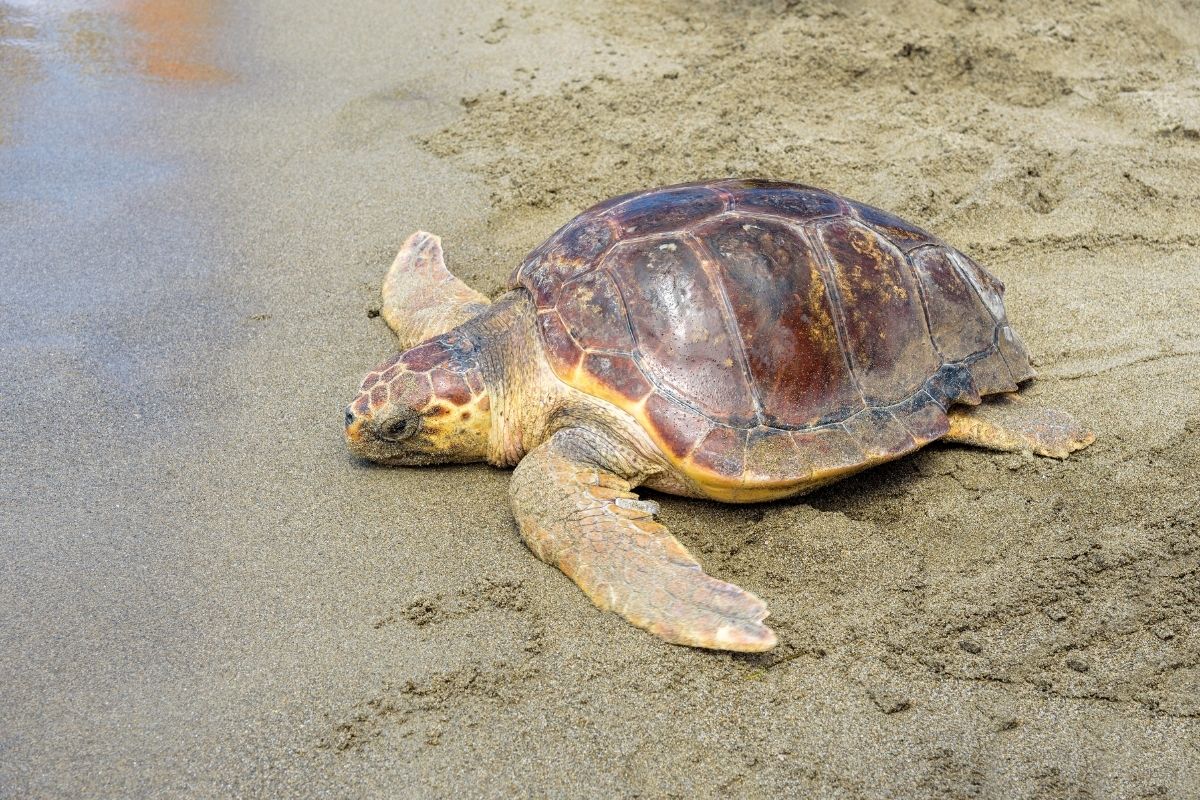 When they are trying to escape from something, they can easily increase their regular speed by several times.

In the section below, we have compiled some of these top speeds to demonstrate just how fast a turtle can move.

We have also included the turtles’ weight for guidance:

Can Turtles Run Or Move Fast?

The answer here depends on what type of turtle you’re looking at. As mentioned earlier, turtles can reach incredibly high speeds when fleeing from danger.

However, they cannot sustain those speeds for very long. They are also unable to sprint like mammals, so they do not need to.

Instead, they rely on their ability to move slowly and steadily.

In addition to this, the shells of turtles make it hard for them to move quickly. This is why they are often seen walking rather than running.

For example, species such as the cooter and slider turtles have been known to increase their speed when startled or attacked. This gives them enough force to leave the land and seek protection in the water.

Certain species of tortoise are also capable of increasing their normal speed.

Of course, when a turtle moves, it will only have 3 legs on the ground. This means that they are limited in their movements and do not produce enough energy to actually run.

In some cases, moving fast can even drain a turtle of its energy, as they are unable to move their bodies like other animals.

Turtles are reptiles that spend much of their time in the ocean. They use their shells to protect themselves from predators and to help them breathe.

The shells also come with the downside of making it difficult for them to move around on land. Because of this, many turtles prefer to stay in the water where they can move more freely.

However, while they might look sluggish, turtles are actually quite agile. Although they are somewhat limited by their shells and anatomy.