The first thing that we all want to know when we’re thinking about choosing a dog to add to our growing families is how well that dog is going to fit in with our day to day to day lives if it gets on with our children and their friends, how well it’ll behave around any visitors that may decide to pop in and strangers it’ll meet while it’s out and about and how it’ll react to any other dogs that might cross its a path, or that it’ll bump into on its travels.

Understanding and knowing what breeds of dogs are likely to be more aggressive both in and outside of your home and toward people and other dogs is crucial when it comes to choosing the right dog for you and your family.

No one wants to be responsible for bringing home a dog that terrorizes their family and their neighborhood, so it’s better to be prepared and know as much as you can about which dogs you might want to avoid if you don’t have the time to socialize and train them properly.

What Is Canine Aggression?

Canine or dog aggression is classified as any behavior that could be considered a threat to a person’s or animal’s well-being, either mental or physical. This behavior can manifest itself as intimidation, most commonly growling, barking, and snapping, or physically when a dog bites or attacks a person or another dog or animal.

Aggression can usually be curbed or controlled by ensuring that a dog is properly trained and socialized with the help of a professional, but some breeds require far more training and attention to combat and deal with innate and latent aggression than others do.

That’s why we’ve compiled a list of the seven most aggressive dogs so that if you do choose to add one to your family, you’ll be aware of the extra work, time, and effort that you’ll need to invest in your four-legged friend in order to help to keep a lid on their worst instincts.

Unfortunately, the smallest breed of dog in the world is also one of the most aggressive. They tend to form intense, incredibly close bonds with one person and regard their chosen favorite as “theirs,” and anything that they perceive to be a threat to that relationship can often be met with snapping, growling, and even biting.

Chihuahua is also incredibly protective of their territory and anything (toys, food, etc.) that they’re particularly attached to or fond of, and they can and will protect both with extreme and unprovoked aggression if they’re not socialized and taught how to behave in the company of people and other dogs.

A peculiar aspect of this large, powerfully built dog is its ability to discern whether strangers, both canine and human, pose any threat to it or those closest to it.

Fiercely protective and loyal, Chow Chow’s has the potential to be overly aggressive or timid, and the problem with the breed is that any potential owner won’t know which aspects of the breed’s behavioral profile the dog will defer to until they’ve spent a considerable amount of time, with and around their dog. 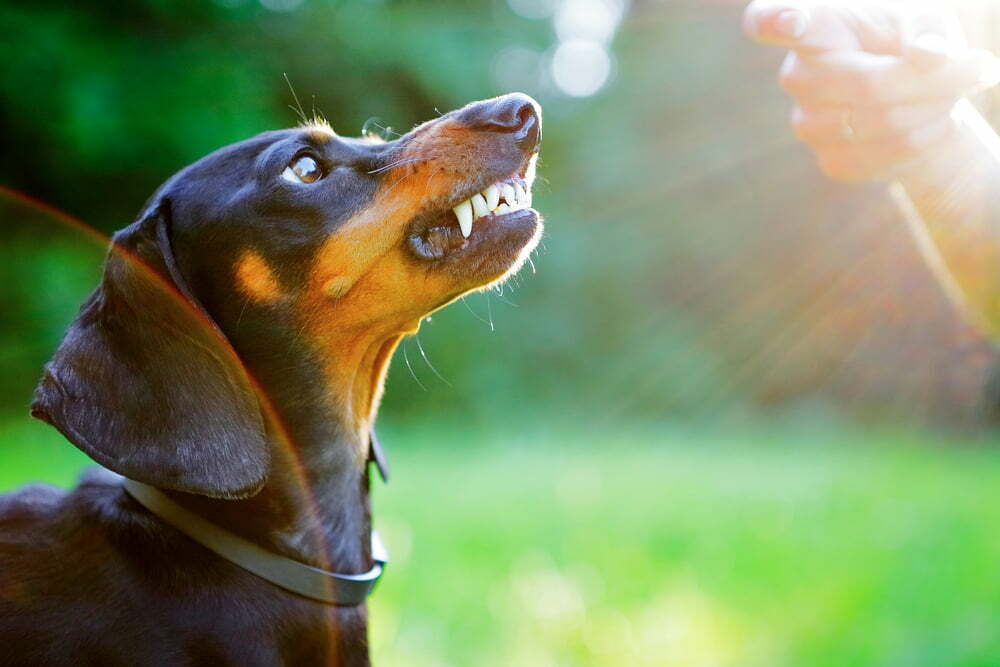 Another little dog with a big dog’s attitude to life, the universe, and everything, Dachshunds were originally bred to hunt rats, rodents, and rabbits and have an incredibly high prey drive which can result in them being aggressive toward other small animals.

They’re not particularly noted for being tolerant around or near children and don’t respond well to being manhandled. If they feel threatened in any way, they will resort to physical aggression without hesitation. 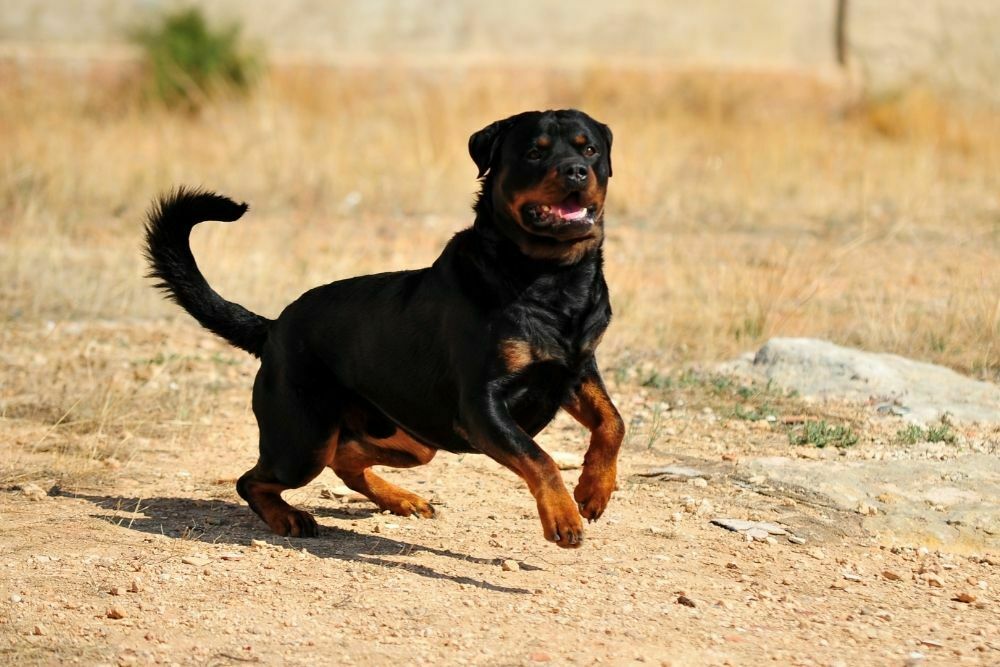 There is a reason why Rottweilers make excellent guard dogs… Well, there are actually a number of reasons, but they all stem from the same basic instincts that the dogs have, loyalty and protection.

They’re another breed that will protect their “territory” and their families without hesitation, and while they tend to be friendly toward people that they do and don’t know, they will meet anything or anyone that they consider being a threat with immediate aggression. 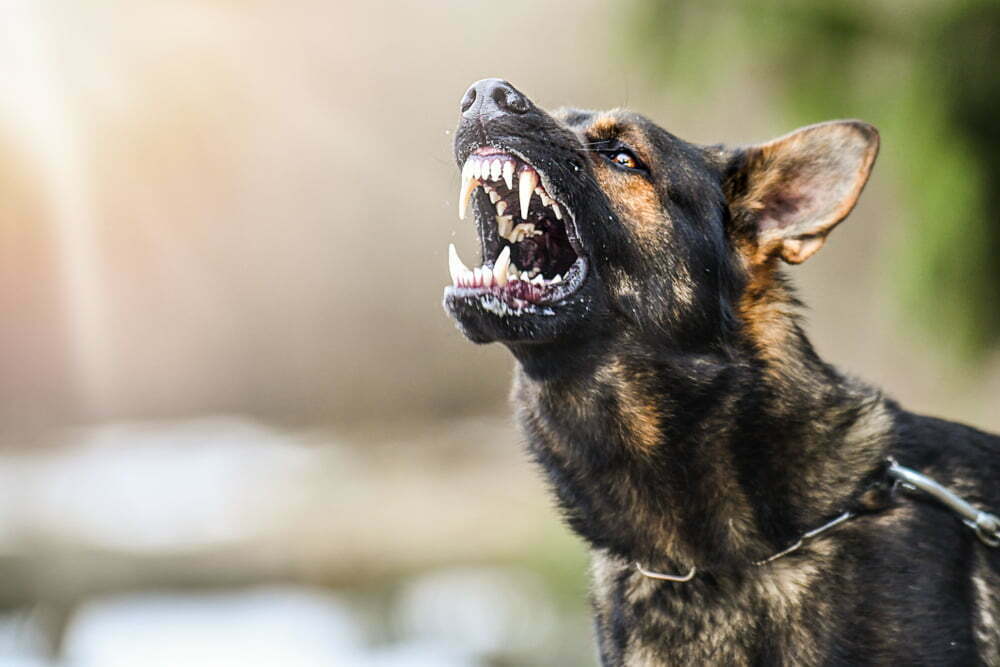 Loyalty, pack instinct, and family mean everything to a German Shepherd, and they are devoted to their human companions and will do anything and everything in their power to ensure that they are safe and protected from any harm.

Unfortunately, sometimes they’re not the best judges of character, and what they think of as being a danger hasn’t been, and they have been known to attack with provocation.

Notoriously wary of strangers, German Shepherds need to be trained and socialized from an early age to prevent any possibility of their protective instincts taking charge at the most inappropriate moments. 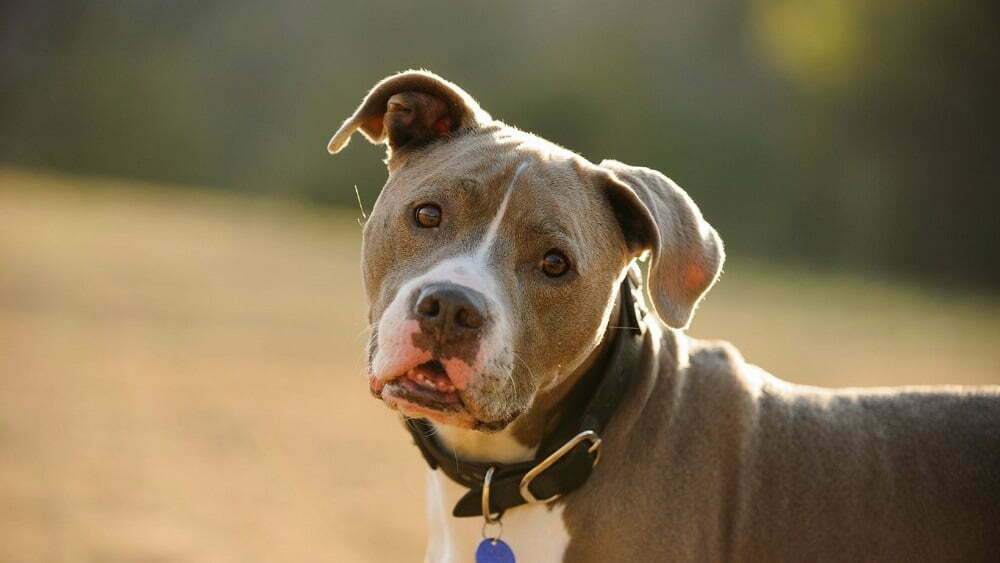 Originally bred to be a fighting dog, Pitbulls were regularly used in dogfights until the barbaric bloodsport was finally outlawed in the mid-nineteen seventies.

Although their fearsome and unwarranted reputation might lead you to believe otherwise, Pitbull Terriers are incredibly friendly toward people they do and don’t know.

The problem with this breed is other dogs, who they are almost always aggressive toward, and when people tend to get bitten by them, they intervene in a Pitbull attacking another dog.

It’s imperative to enroll a Pitbull in socialization classes early so they can become used to other dogs as soon as possible. Otherwise, you might be forced to make your dog wear a muzzle every single time it leaves the house for the rest of its life and will need to be exercised off lead from the madding canine crowd. 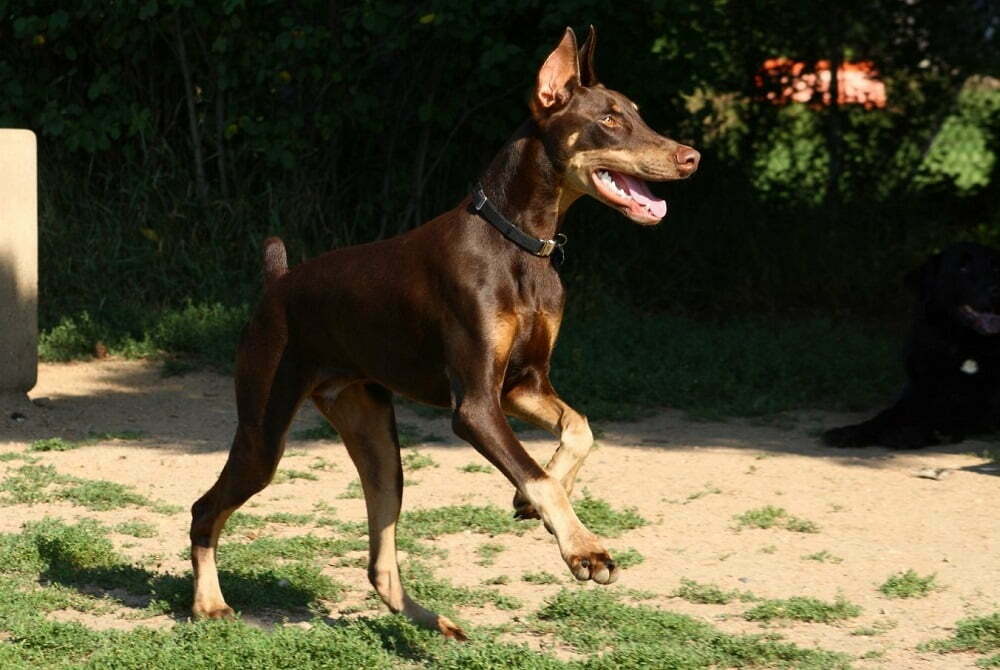 Highly intelligent and easy to train, the Doberman Pinscher has become a byword for security work and is prized as a guard dog who won’t just bark at anyone they consider to be a threat but will also attack them without hesitation.

Another fiercely loyal and protective dog, Doberman, is another breed that needs to be trained and socialized early to minimize its aggressive tendencies.

While these seven breeds tend to be more aggressive than others, there is no such thing as a bad dog, and with the right training, motivation, and socialization, any dog can be a good, trustworthy companion and member of your family.