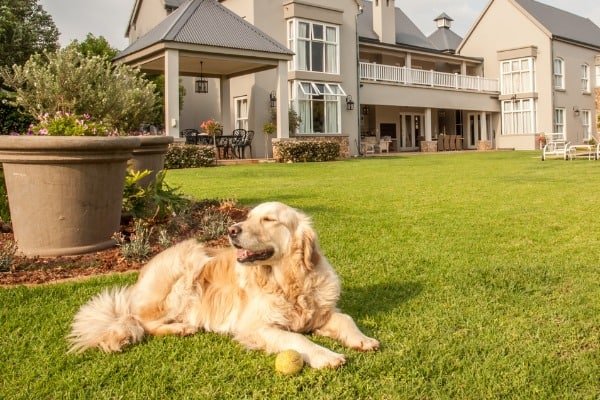 It can be a huge pain to keep your dog in the yard sometimes.

Especially if it’s a puppy and all it ever wants to do is roam around and explore its surroundings.

They’re a lot like children in this regard – that eagerness to go out and learn about the world is one of the greatest joys of watching a dog (or a little human) grow up and slowly, but steadily becoming more independent.

Sometimes, however, you simply can’t let your pupper wander off.

There are moments when you’re desperate for an effective way to keep your hyperactive bundle of joy from running away every single time they hear a distant bark or some other interesting sound.

Whether it is because you had just gotten back from a walk, or it’s late at night and you simply don’t want to have to worry about them getting lost, the majority of dog owners share your pain.

This is where wireless fences come in. They aren’t exactly revolutionary technology – they’ve been around since 1973, but they’re still a very innovative approach to restricting your dog’s movements at times, without having to resort to the more traditional methods, such putting them in a kennel.

According to the experts from thepamperedpup.com, these fences are rising in popularity as a seemingly more humane alternative way of keeping some of your dog’s instincts at bay.

Many people swear by them, but there are some who point towards the more questionable effects of this solution.

If you’re considering purchasing a wireless dog fence, there are some things you need to learn before you make the final decision.

How Do Wireless Dog Fences Work?

Although it may seem like magic when you first try it out, there is actually a very simple mechanism behind the workings of a wireless fence.

The first invisible fences were not wireless at all.

Instead, you had to bury a long piece of wire deep in the ground, along the perimeter of the zone you wished your pet to stay in.

The cable would be connected to a transmitter with the ability to wirelessly communicate with the receiver located on your dog’s collar.

At first, it would hear an ultrasound warning as it approached the buried wire, and when the boundary was crossed, a static correction would be emitted to let the animal know it stepped out of the designated zone.

The correction is actually an electric impulse, but don’t worry — it does not hurt the pet. The feeling can be compared to what you feel when you press on the button on a prank shock pen you might have played with as a kid.

As technology advanced, manufacturers figured out a way to cut out the wire from the equation altogether.

Instead of having to bury a long cable along the designated area, the newer models let you wirelessly set up a circular “safe zone” for your pet directly via the transmitter. 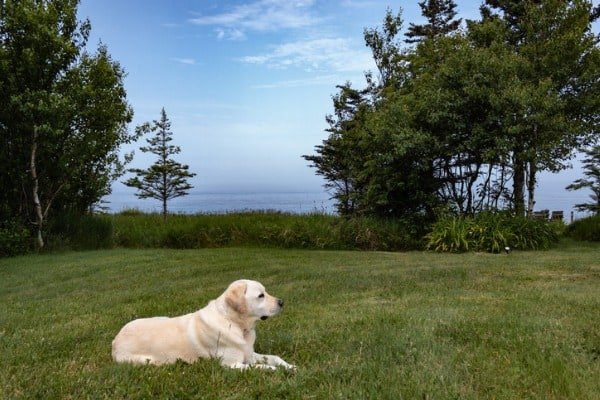 The device, located in the center of the area, would know the exact distance at which the dog can travel, based on the circle’s radius.

The radio signal emitting the aforementioned correction signal is emitted in the same manner as it was in the case of wired fences.

Although they are easier to set up and control, completely wireless fences have not exactly rendered the wired option useless, mainly because they’re still relatively expensive.

Should You Get One?

Back to the question at hand — are these fences really effective? What if your dog ignores the signal and continues to run off, not only getting lost but constantly electrocuted while at it?

First of all, just like with regulating any other pet behavior, simply installing the fence is not enough.

Animals need to be trained to obey the signal and learn what awaits them if they overstep their boundaries.

One simple way to get your dog to figure out the mechanism behind an invisible fence is taking a walk along the area’s periphery and giving them a treat every time they step back into the circle when they feel the signal.

They’ll then associate backing off and staying within the designated space with good behavior, and stepping over the invisible wall — with “bad dog” activity.

Once you train them properly, your pets should not have a problem with obeying the invisible fence and staying familiar with the consequences of misbehavior in that regard.

The opponents of this solution point towards certain aspects of this invention that might be psychologically damaging for the animal.

For example, what if the dog gets away and stays bothered by the correction signal for a long period of time before you get him back to your yard?

It might arguably lead to the development of trust issues as they might associate prolonged punishment as the owner’s expression of anger or disappointment. Not to mention the anxiety-inducing warnings being emitted as the dog gets close to the fence.

While these concerns are certainly legitimate, you should remember that the traditional way of tying pets up on a leash whenever you don’t want them to wander off has been proven to cause similar psychological damage, while being much more limiting in terms of the distance your dog can traverse freely.

In the end, it is up to you, the owner, to decide how you want to go about keeping your pet safe, both physically and psychologically.