There are over 350 species of turtles living all over the world differing in size, shape, and the habitat they live in.

With so much history and so many varieties, it’s no surprise that so many of us have lots of questions we want to be answered.

Two questions a lot of people want the answer to are – do turtles have tails? And, how do they use their tails? The fact you’re reading our post would suggest you want to know the same. 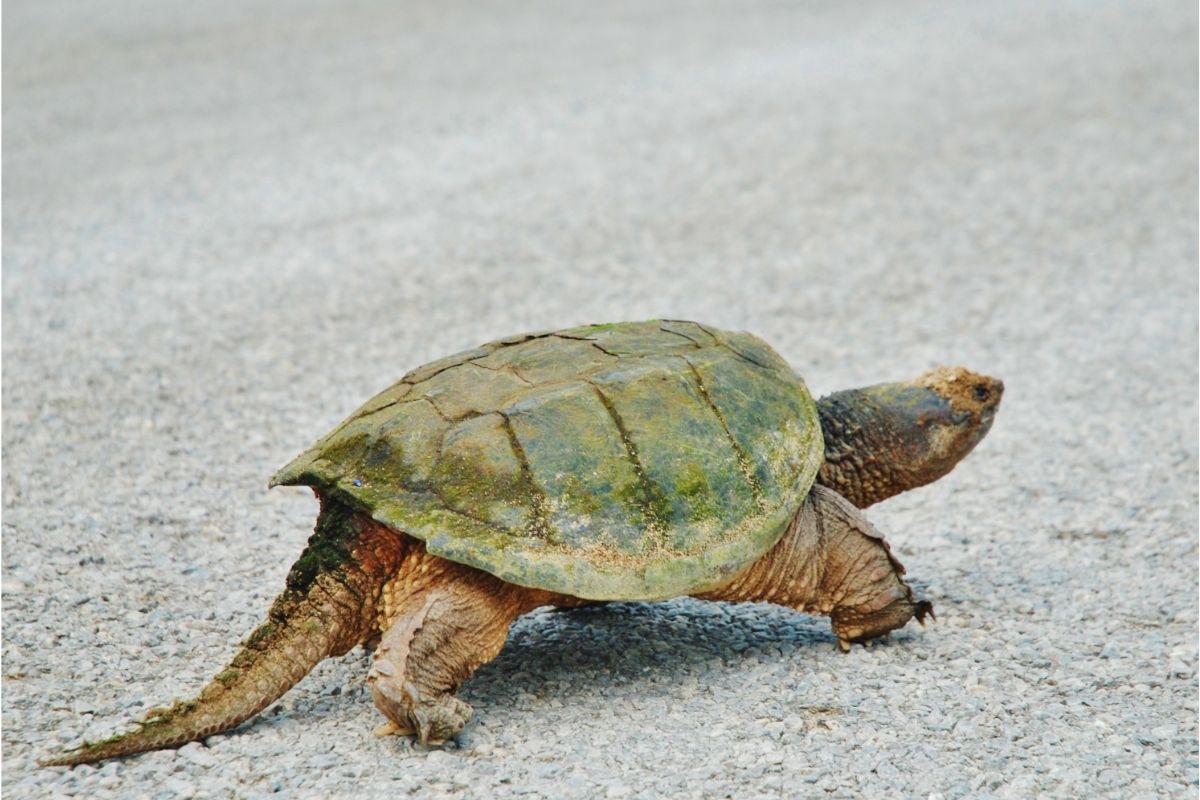 If so, you’ve come to the right place.

Today we will teach you everything you need to know regarding turtles and their tails.

You’ll learn whether or not turtles have tails, how they use them, and how they differ between genders.

Do Turtles Have Tails?

The male turtles’ tail is where their reproductive organs are found, so they are typically a lot longer and thicker than the tail found on the female turtle.

In female turtles, the tail is usually shorter and thinner. Female turtle’s tails hide the vents of their cloaca. This vent only opens during mating.

Unlike other reptiles, turtles don’t have very long tails, but they still serve a very important purpose.

Having said that, the tails on male turtles have much more significant value than the tails found on females.

It is believed this is why female turtles have smaller tails than males.

A male turtle’s tail is a vital part of its body, just like the shell. We will touch on the reasons for this now!

What Do Turtles Use Their Tails For? 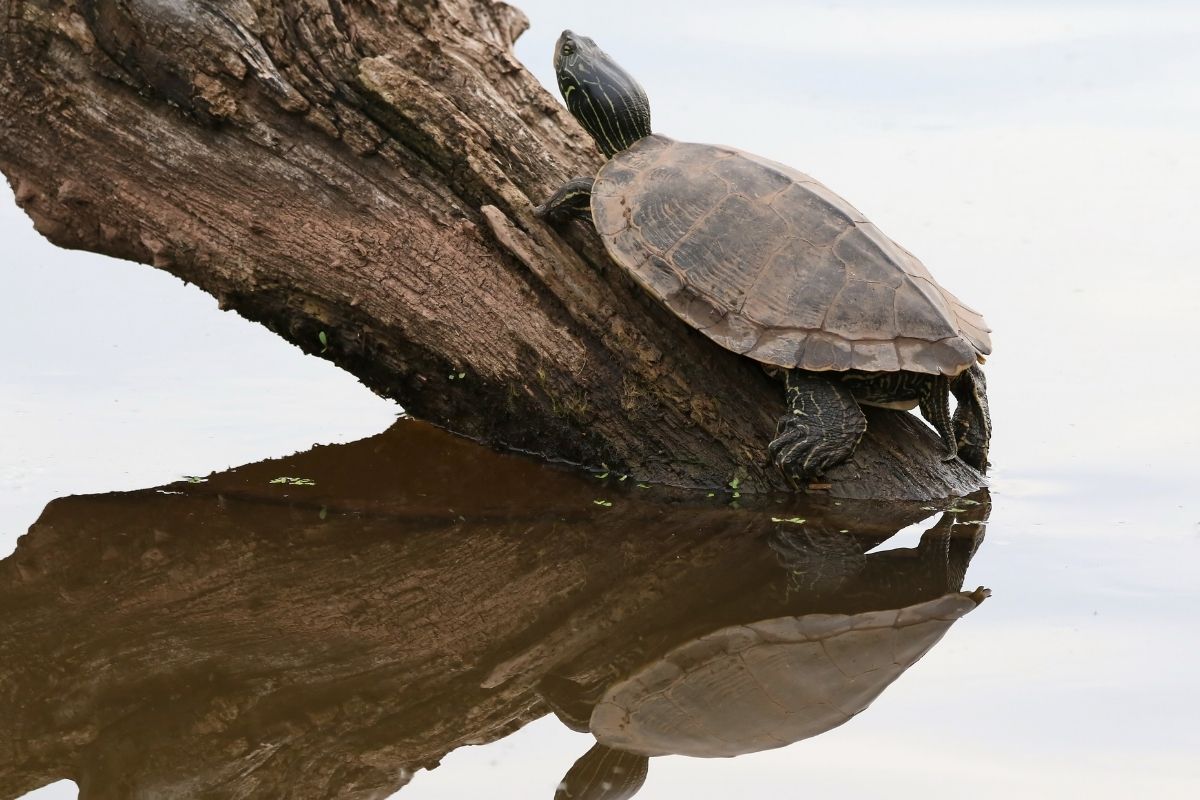 The turtle’s tail is generally considered to be an important organ used for many things. However, they aren’t used to help turtles navigate in water or swim which is a common perception people have.

Instead, the most important role the tail has is in the reproduction process. Primarily used to help turtles mate, life for the turtle would be very different if they had no tail.

Without a tail, the male turtle won’t be able to mate with a female or reproduce.

As we touched upon above, things are slightly different for female turtles as their tails are primarily used as a vent to hide their cloaca.

Having said that, the female turtles’ tails do also have other uses. The most common of these is to protect itself.

Despite being vital in the mating process, the male turtle also uses its tail as a way of protecting itself. We will look at this in more detail further on in this post.

How Do Turtles Use Their Tails When Reproducing?

As we mentioned previously, unlike the female turtle, the male turtle’s tail is where its reproductive organs can be found.

Therefore, male turtles use their tail when mating. While this may sound quite simple, there is more to it than you may think so let’s have a closer look.

When male turtles start to reach maturity, the tail starts to have a growth spurt.

During this period of time, their tails will grow a lot longer, even extending beyond the turtle’s flippers. This is a very important time for the turtle.

When their tails have grown fully, they are ready to mate.

Interestingly, the male turtle’s penis is found towards the base of its tail, so you wouldn’t think the tail would be that important, but it has essential uses when male turtles attempt to reproduce.

The first use of their tail is to help the male turtle hang onto the female turtle. Secondly, and more importantly, the male then uses their tail like a finger to locate the female’s cloaca.

It will then use the tip of its tail to open it. This allows the turtle to then penetrate the female’s cloaca.

One other wild use of the male turtle’s tail when reproducing is to prevent other males from interfering. Their long, thick tails will block any males out.

During this process, the female turtle’s tail will simply lift, allowing the male to mate with her.

How Do Turtles Use Their Tails To Protect Themselves?

Usually, when we think about turtles and how they protect themselves, our minds immediately think of their tough shell.

Turtle shells set them aside from other reptiles as they protect turtles from predators and make them look wonderfully unique.

However, did you know that the turtle’s tail also has a key part to play when it comes to protection?

Admittedly, it may be a different kind of protection, but it’s still super important.

In the wild, both male and female turtles use their tails to protect themselves as they cross slippery or rough terrain.

Their long tails help the turtles balance and anchor themselves to rugged terrain and rocks. This gives them more chance of crossing safely, avoiding any nasty falls.

In the females, the tail plays a role in protecting their vents. Protection of the vent is crucial as this is where the females mate and also lay their eggs.

Does The Turtle’s Tail Grow Back?

It isn’t uncommon for reptiles to grow their tails back after an accident or attack. However, things are slightly different with the turtle.

If a turtle’s tail gets nipped or injured, it has a good chance of healing, especially if a medication can be used. Unfortunately, though, a turtle’s tail cannot regrow.

After the healing process, both female and male turtles will be left with a smaller or no tail. They might be left with a tail that’s missing its tip or a nasty scar that should fade over time.

If your pet turtle has an accident, you should seek veterinary advice immediately. If your turtle’s tail seems quite small, don’t worry, it probably just hasn’t grown fully yet.

Hopefully, now you’ve read through our blog post, you have a much better understanding when it comes to turtles and their tails.

In this post, we have looked at whether turtles have tails, how they use them, and why they are important.

You should now know that every species of turtle on the planet has a tail. These tails can be long and thick on males and short and thin on females.

You should also have learned that turtles use their tails as an anchor to protect themselves as they move across uneven or rugged terrain.

We hope you have enjoyed learning more about turtles, and that we answered all of your questions. If you have any more questions regarding the turtle why not check out some of our other posts.