Dogs are man’s best friends. They love us unconditionally, and they always want to please us. However, did you know that some dog breeds look like wolves? 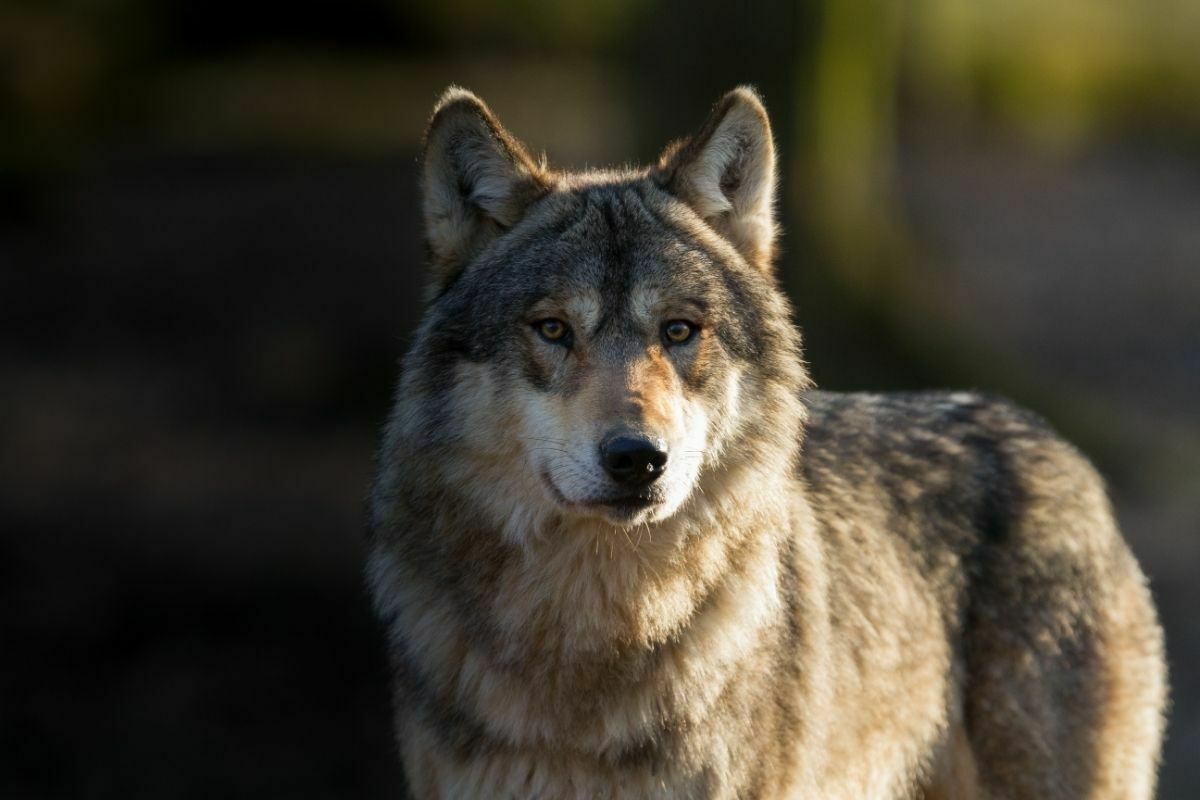 The wolf is a member of the Canine family, which also includes dogs, cats, foxes, jackals, coyotes, and other animals. Some dog breeds look like wolves because their ancestors were domesticated from wolves.

Others are simply bred to resemble wolves due to their appearance.

In this article, we will be discussing the 15+ dog breeds that look the most like wolves.

Alaskan Malamutes are powerful dogs with high intelligence. They are loyal to their families but also love to play with other dogs. They are easy to train and eager for obedience.

Just like wolves, they are quite a large dog to own. They also have a long snout, on their triangular face with pointed and upright ears. Even the color of their fur gives them that wolf-like appearance.

Siberian Huskies are intelligent, obedient, and friendly. Their coats are very thick and shed less than other breeds. They love to play and work hard. They are great with children and other pets.

Likewise, they are known for their long face, thick coat, and pointed ears. Alongside this, their most distinctive feature is their ice blue eyes. All of these features help to give the Siberian Husky its noticeable wolf features.

A large, strong dog from north America. What makes this breed of dog look like a wolf is due to its long nose, pointy ears, wide face, and long tail.

It has a shaggy coat that sheds a lot, which needs regular grooming. Their coloring is similar to a wolf, as it is hues of black, brown, and grey.

This is an intelligent and loyal dog, takes orders well, and loves to work. It’s not aggressive or dangerous.

Samoyeds are loyal, loving, and friendly dogs. They’re very smart and trainable. Their coats are usually white or light gray. They make great pets because they’re easygoing and calm.

They also get along well with other animals. They are a big talker and are never quiet unless sleeping.

These dogs look like white wolves due to the coloring of their fur. They also have pointed ears and a narrow snout, which is similar to a wolf.

These dogs are known for their smiley, which will reassure you that even though they look like fierce wolves, they are lovable dogs.

The Tamaskan is a very friendly and playful dog. She is tall and lean but still looks like a wolf.

This is due to their signature wolf-shaped head, large snout, and large, triangular pointed ears. They are also known for having bright yellow eyes.

This breed of dog is great with children and other dogs. Smart and athletic, and works well as a guard or police dog. Tamaskans love to be around other people and get anxious if they’re separated from others for too long. 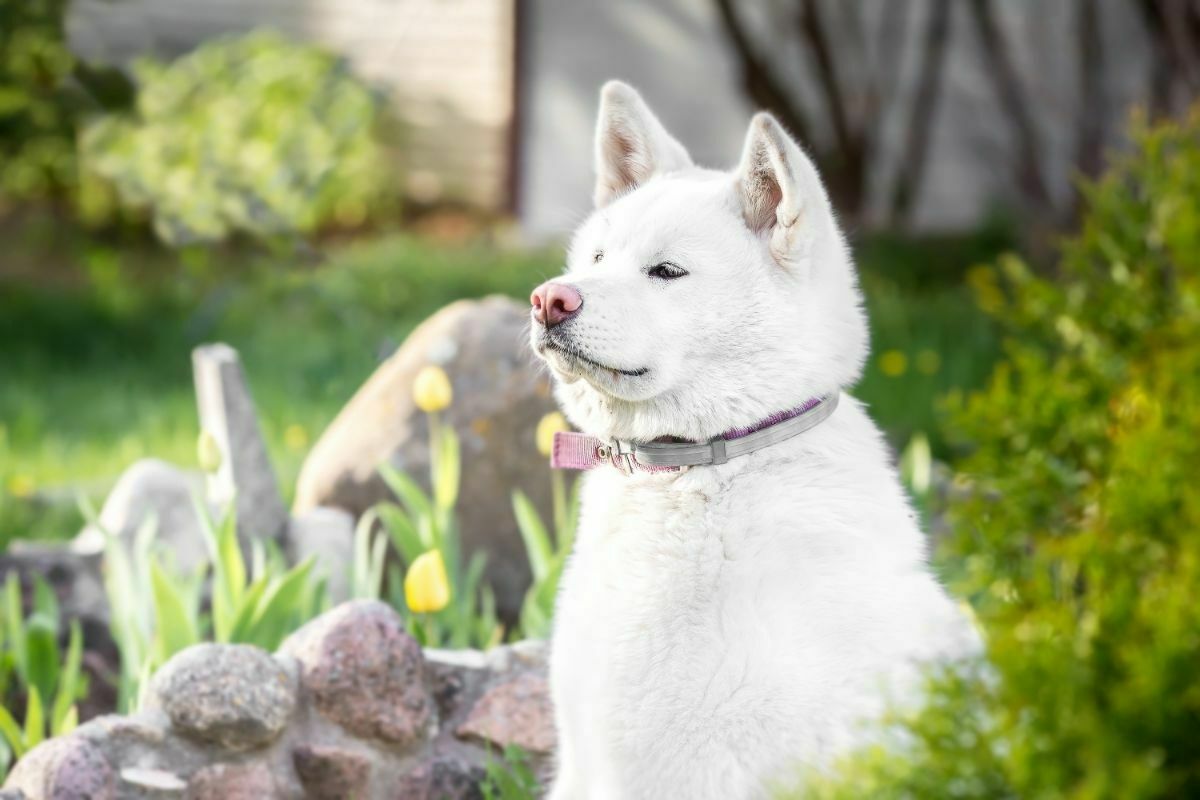 Akita Inu is a purebred dog from Japan. A loyal and loving dog, but can be unpredictable when surrounded by strangers.

It may be surprising to find this breed on our list, as they don’t scream wolf when you look at them. This is mainly because they are small breeds of dogs.

It is their streamlined body and wide face that gives this breed of dog its wolf-like characteristics. Also, the two pointed and upright ears are recognizable strong features of any wolf.

The Shiba Inu has a very close resemblance to a fox, yet it also shares similar features with the wolf as well. This breed of dog is very strong-willed and needs a lot of training to keep this dog under control.

Why they are on this list is due to their triangular-shaped face, and pointed ears. This helps give this dog its wolf-like appearance. 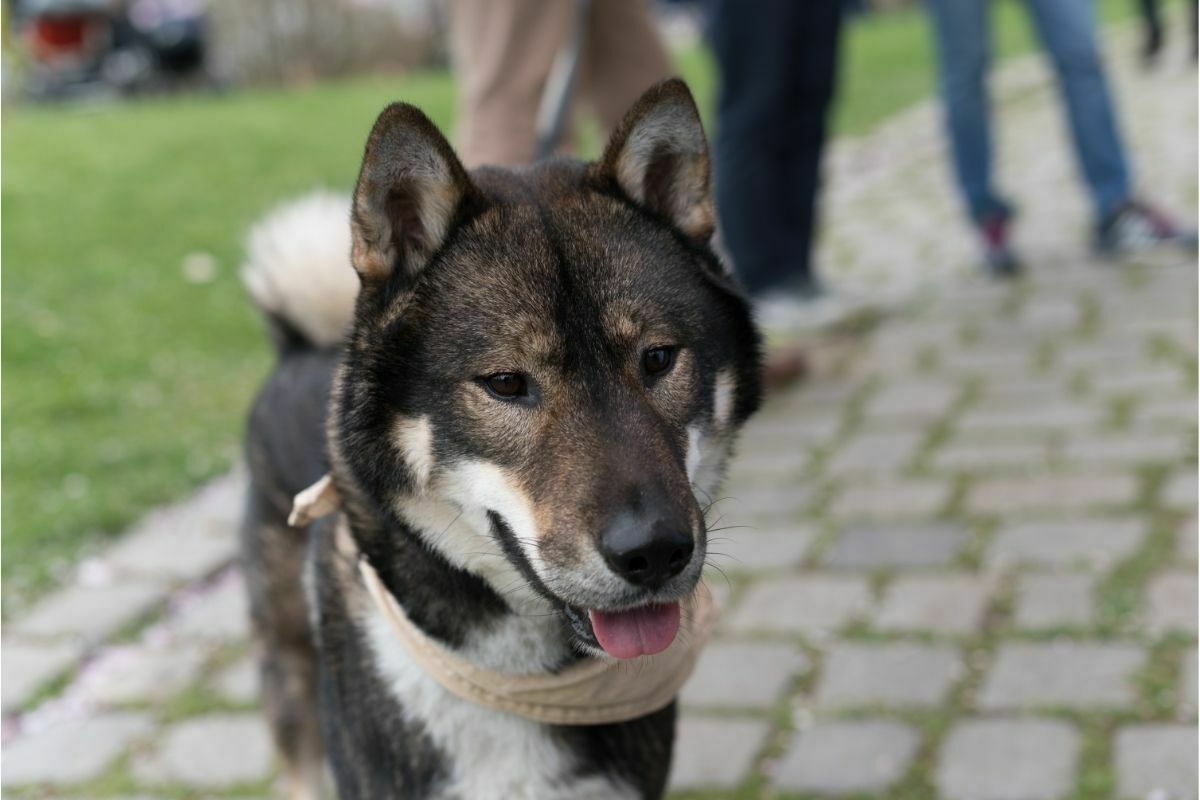 The Shikoku is another dog that has roots in Japan. Another purebred dog, which loves to be outside. They are generally loyal, brave, but also cautious. Extremely easy dog to train.

They have a similar build to the Shiba and Akita, that we have mentioned above. However, out of the three, the Shikoku has the most wolf-like features.

The color of their coat is very dark with blacks and grays, which is very recognizable with wolves. Alongside the typical, pointed face, ears, and snout. 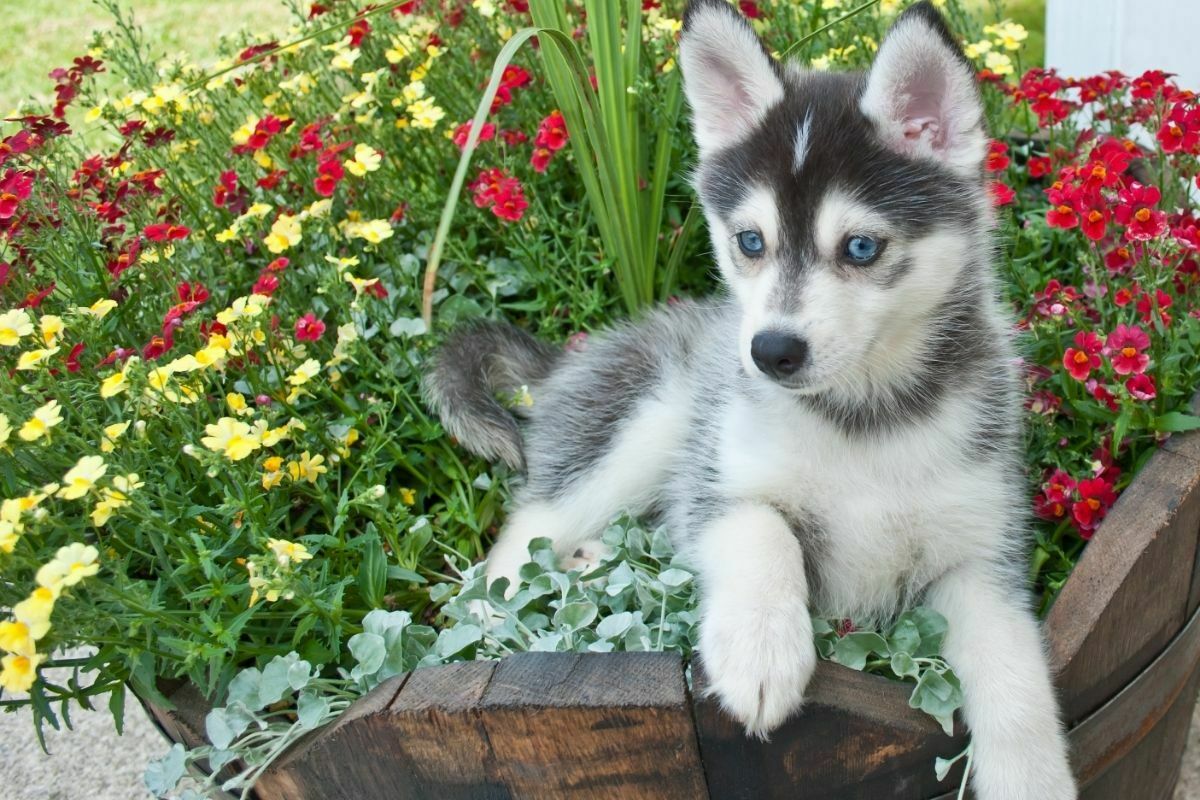 The Pomsky is a mixture between Pomeranian and Husky dogs. This dog is known to become quite possessive of its owner. However, this breed of dog looks like a mini wolf, which is why it is on our list.

You need to be careful when crossbreeding, as you can never be sure what you are going to get. They are small dogs that have long snouts and large, pointed ears.

They have gray and white fur, with piercing blue eyes. If you want your own mini wolf, then look no further than a Pomsky.

The Native American Indian Dog is a rare breed of dog. It is a very intelligent dog that is very easygoing. This type of dog is more suited for therapy or service work, it has a need to please its owners,

Looks-wise, you could mistake this breed of dog for a wolf. Their facial features are almost identical to that of a wolf, with their large face, snout, and ears.

Their coloring is beautiful to look at, so it is no wonder that this breed of dog has been growing in popularity in recent years.

The  American Alsatian is the ideal domestic dog. This is another crossbred dog. However, it is commonly referred to as a dog that looks almost like a wolf. Yet they have very calm and loving personalities.

Everything about the appearance of this dog screams wolf when you look at them. From their wide face to their large triangular ears. They even have a long coat which is a mixture of black, brown, and gray hues.

When you look at this dog, you will instantly think wolf. 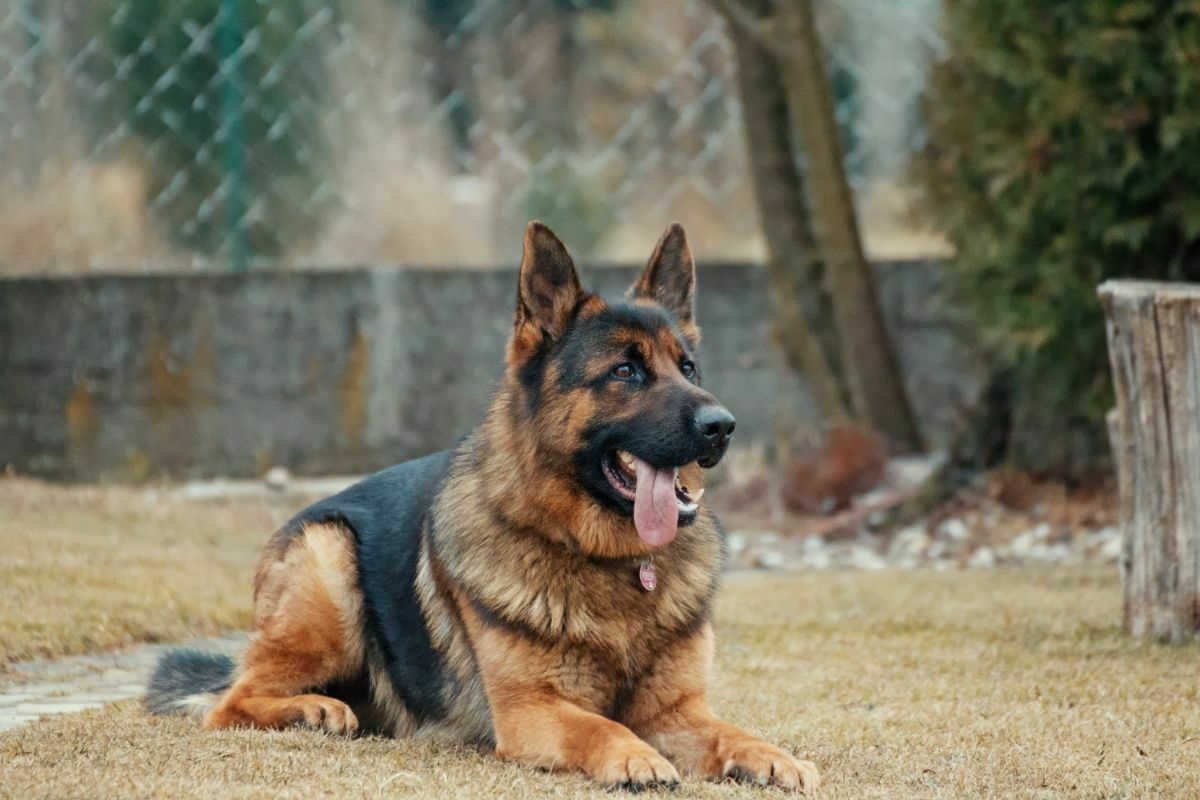 German Shepherds are a very popular breed of dog. A very intelligent dog is often put to work in the police or military. Alongside this, it is a very protective dog that will watch over its owners.

This is quite a large and long dog. Pointed eyes and dark coat, which is what make this dog look so similar to a wolf.

The Finnish Lapphund is a very loving and caring dog that enjoys being around children. A very kind and gentle dog, who is also smart and hardworking.

The personality of the Finnish Lapphund is very different to a wolf. However, it is accustomed to life outside and can be a curious breed of dog when it chooses to be.

They have a long pointed snout and pointed ears. These features are what help this dog look so much like a wolf.

Their fur can be a range of colours from dark black to tan, or even cream/white. As a result, they can look like a wide range of wolves. 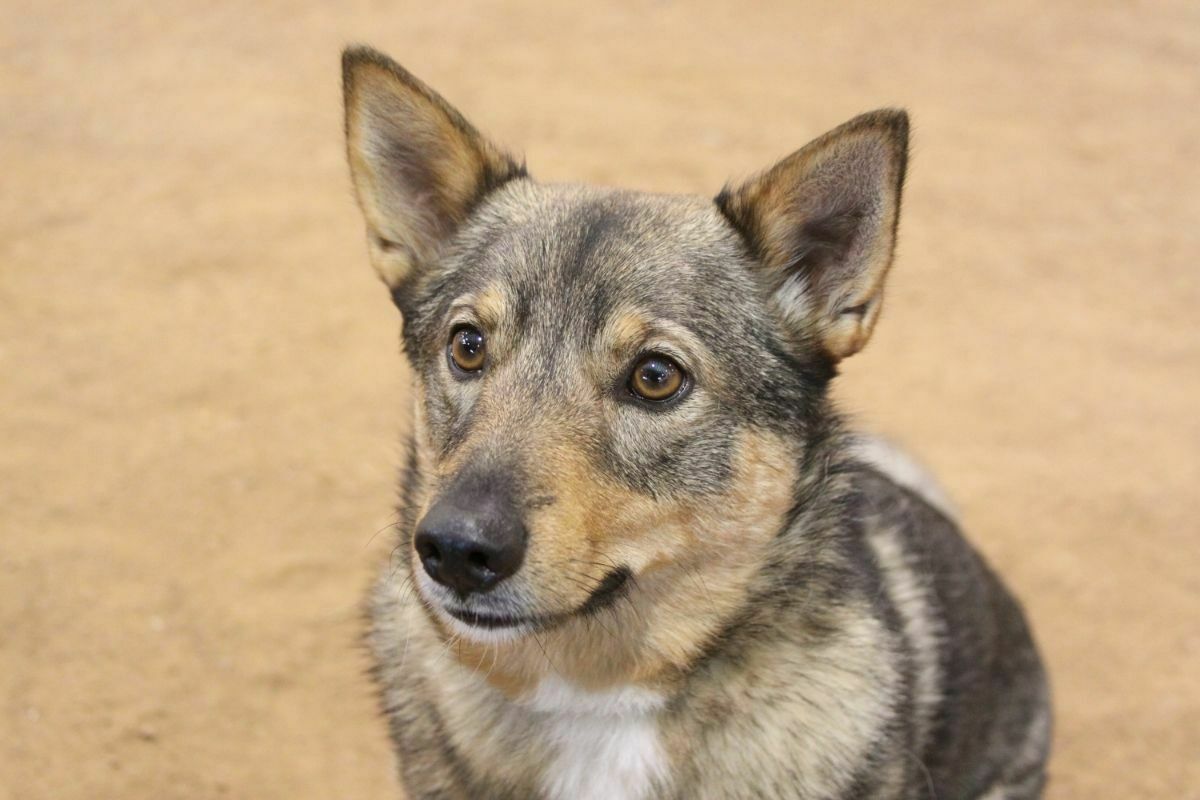 If you enjoy being active, then the Swedish Vallhund may be the perfect dog for you. They aren’t huge dogs, but they have lots of energy to make up for their size.

Originally, this type of dog was bred for herding animals, but they love to play. The Swedish Vallhund looks like a smaller version of a wolf.

This is due to their pointed upright ears, long narrow snout, and grey and cream-coloured fur.  It is their face that gives this dog its wolf-like appearance.

The Greenland Dog is used to putting up with quite harsh and difficult conditions. They like being active and to roam.

Like a wolf, the Greenland Dog will take on the mentality of being a pack leader. As it likes to assert its dominance, thus this is a strong-willed dog who likes to be alpha.

Their appearance is very similar to a wolf, and with their mind it is no surprise that they have made it onto our list. 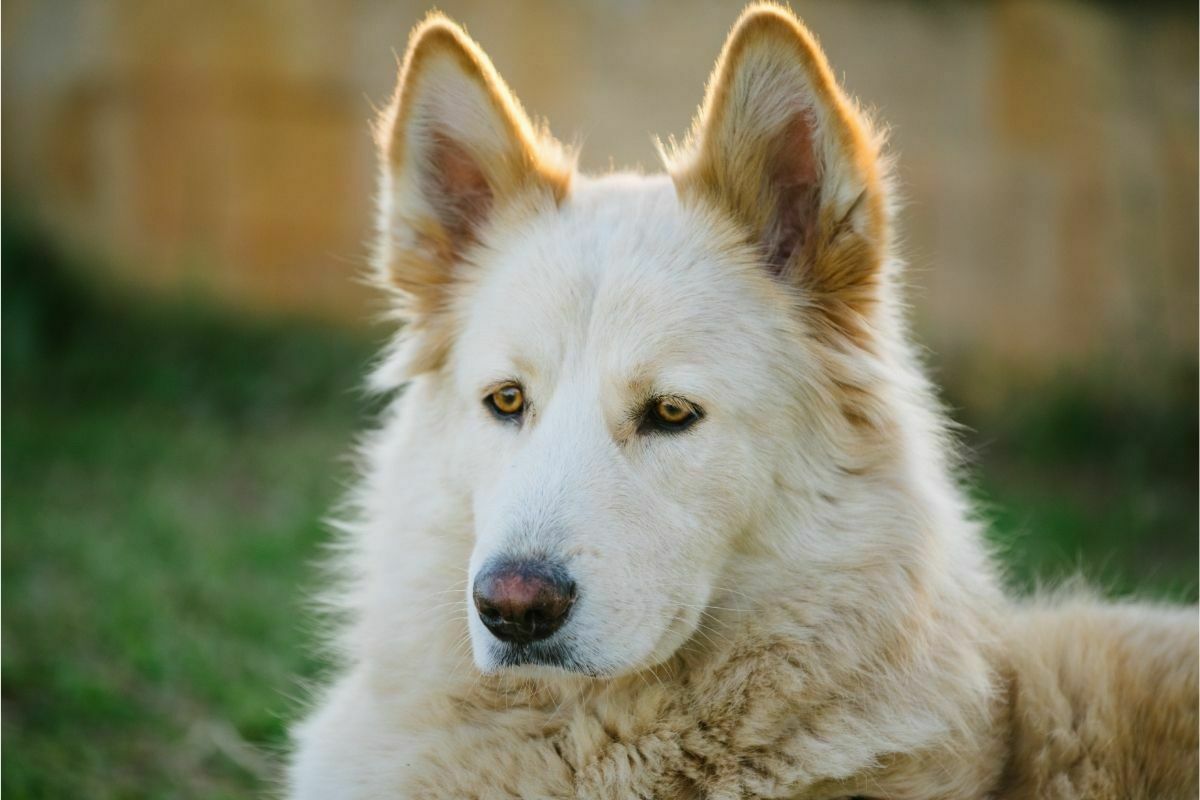 The Northern Inuit Dog is another crossbred dog, which was created to produce a gentle dog that still has that wolf-like appearance.

However, pact instincts are strong with this breed of dog, so the owner needs to be strong and assertive. Otherwise, this breed won’t follow your commands.

Alongside having a similar personality to wolves. Appearance-wise, these dogs have a strikingly close resemblance to wolves. They have a long and slender body, with short black to gray fur and yellow eyes.

Most dogs share a close resemblance to wolves, thus a lot of them look quite similar. As you shouldn’t really have wolves as pets, a dog is the best alternative that you have got.

We have gone through the 15+ dog breeds that look like wolves. All are different and all make great pets.