It used to be thought that only Chow Chows, Shar Peis, or mixed between these two breeds of dog could have black tongues. However, this is not actually the case, but rather a common misconception. 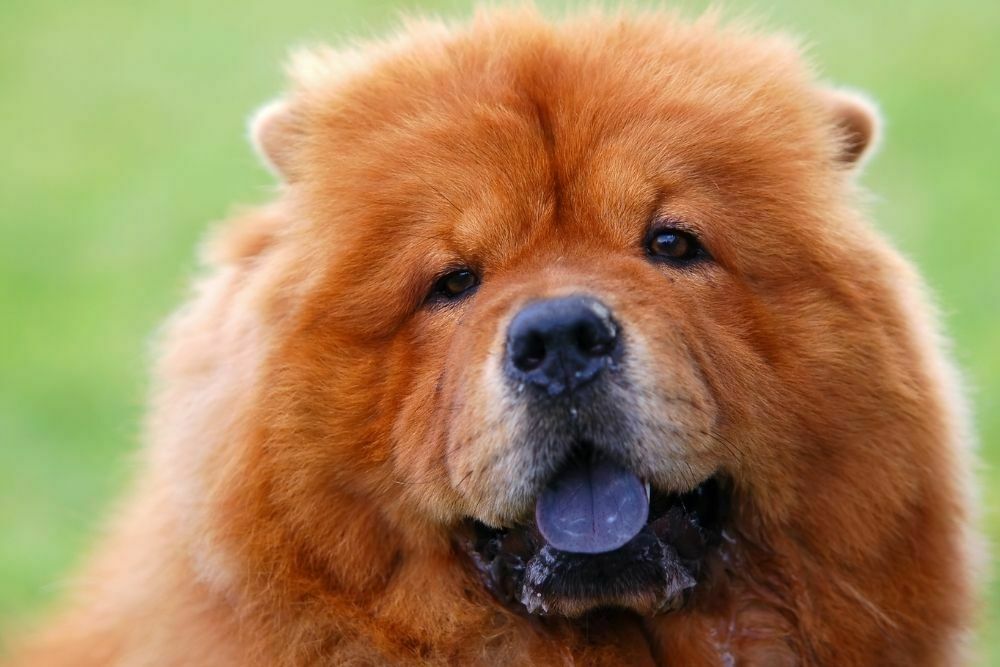 The Chow Chow is probably one of the most well-known dogs when it comes to having a black tongue, but interestingly, Chow Chows are born with pink tongues that become blue-black in color when they get to between 8 and 10 weeks old.

In general, having a black tongue is not all that uncommon in dogs, and several dog owners have reported their dogs as having black tongues; it is just more likely for some breeds than others. We are going to tell you more about which dog breeds have black tongues in this article.

Why Do Dark Tongues Occur in Dogs?

Dark tongues in dogs are usually the result of mixed parentage or extra pigment, and some breeds of dogs are more likely to have black tongues, or black spots on their tongues, than others. Although some dog breeds are exclusively known for their tongues’ uniqueness, we will show you some of these breeds below. 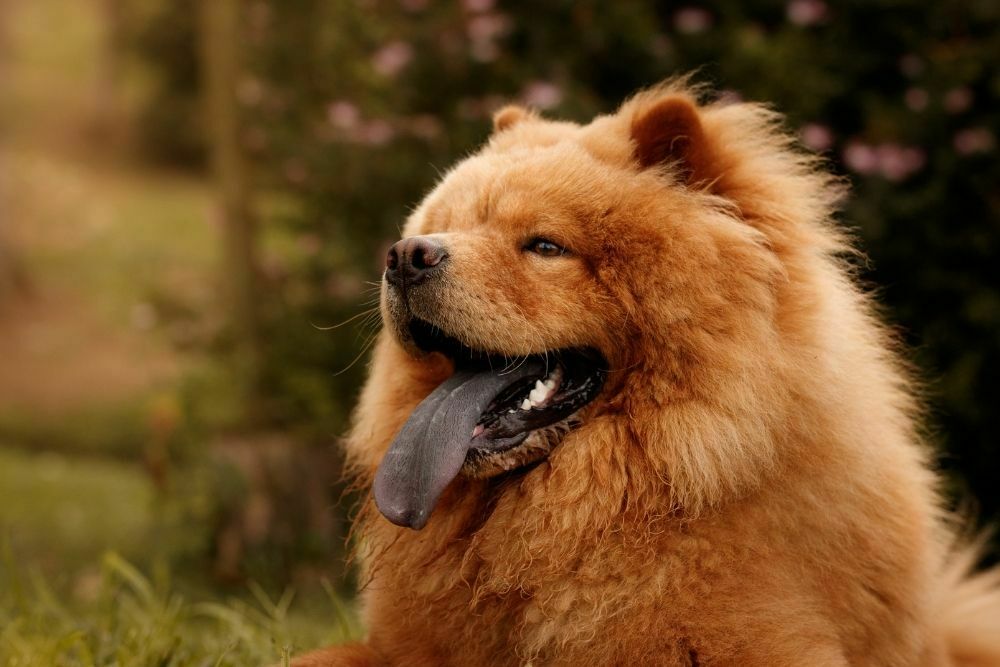 Chow Chows are one of the most ancient dog breeds in the world, and they originally come from Mongolia and Northern China. These dogs would guard temples, and they even accompanied armies and were vital assets for hunting. Chow Chows are big, stout dogs that have large heads and brood muzzles, and they feature a thick coat that can be either rough or smooth.

Their fur is especially thick in the area behind the head, which gives them a mane-like appearance. Chow Chows’ more common colors are red, black, cinnamon, cream, and grey. Although, one of the most distinctive features when it comes to the Chow Chow is their dark tongue which can range from blue to black in color.

The reason for their unique blue-black tongue is actually unknown. Interestingly, some elderly Chow Chows are known to lose their dark tongue color as they age, where they develop pink spots on the tongue.

Shar Peis are dogs that tend to stand out in a crowd due to their skin that has lots of creases and folds. They have a very distinctive appearance. These dogs will be completely covered in wrinkles when they are puppies, and they will lose some of these folds as they age.

At one point, it was believed that the Shar Pei was one of the rarest breeds of dog in the world, and their name roughly translates to rough skin.

The Chinese Shar-Pei is quite big in size, and they will have folds and wrinkles that cover their face, shoulder, and the base of the tail. Their heads are large and flat, and they have high-set triangular ears that provide a unique appearance.

Some of the more common coat colors for Shar Peis are black, cream, fawn, red, and brown. However, these dogs are not actually considered purebred if their coats are patchy or are made of two different colors. The coat can either be a horse coat or brush coat type, and the coat will be rough, whereas the brush coat will have a smoother feel.

There is also another rarer type of coat called the bear coat, but this is not officially recognized. Chinese Shar-Peis are another breed of dog that has a blue-black tongue, just like the Chow Chow. The reason for this is also unknown. 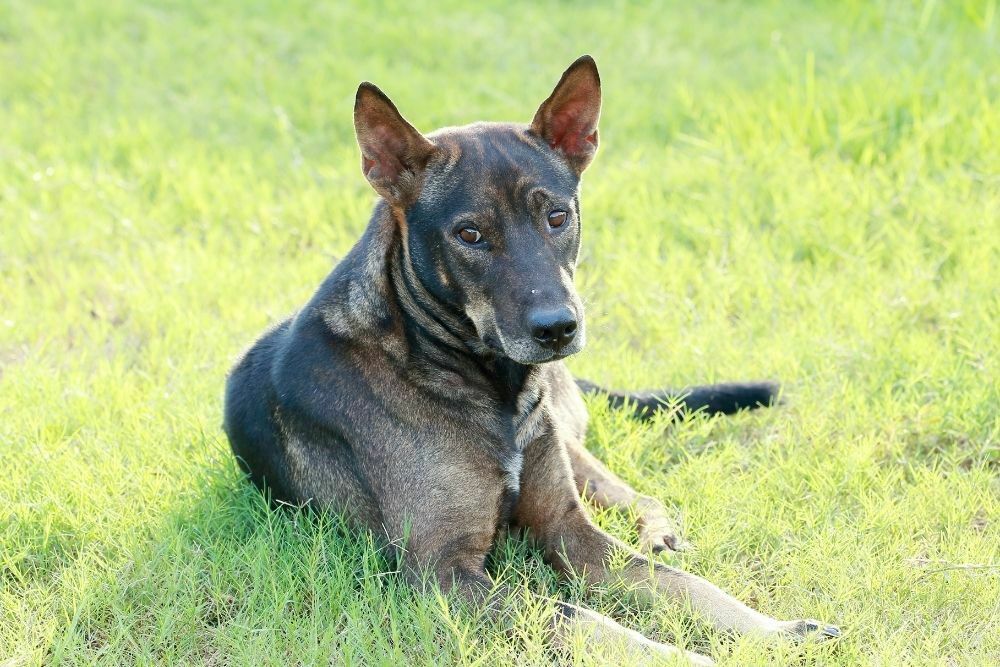 The Thai Ridgeback is another ancient dog breed that was rarely seen outside of Thailand until recently, and this was due to a lack of transportation options. History would suggest that these dogs were mainly used for hunting in Northern Thailand, and the Thai Ridgeback is famous for its ridge of hair on its back.

The Thai Ridgeback is a strong and sturdy dog breed, and this is something that is made very obvious from their appearance. They have a robust build combined with a short and tough coat and high-set ears that always seem to be on high alert. Although, due to their shorter coats, shedding is very minimal in this breed.

Thai Ridgebacks can have tongues that range anywhere from spotted to blue, back or bluish-gray in color. 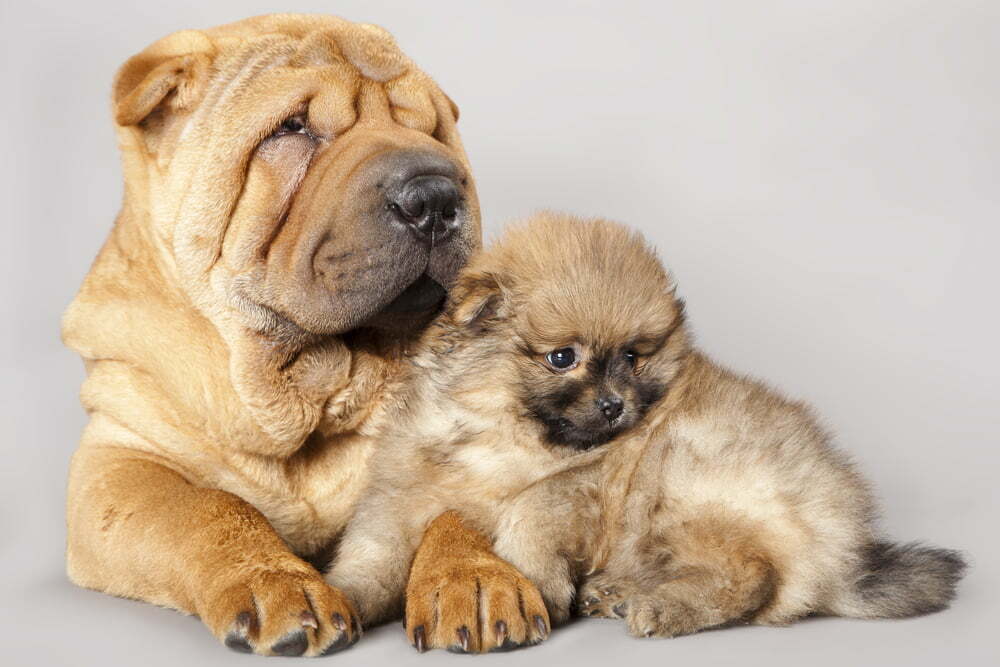 The Miniature Shar-Pei is a smaller type of dog breed from the Shar Pei family, and they are also known as Mini-Peis. Due to a recessive gene that this breed carries, these dogs are small in size, making them great family dogs for many different types of families.

The Mini-Pei is a short dog with an almost square body, which looks very similar to the Chinese Shar Pei. They have wrinkled faces, high-set ears, and fairly large heads. Some of these dogs’ more common coat colors are fawn, cream, brown, red, and black. The Miniature Shar Pei also has a blue-black tongue, and we still don’t know exactly why this occurs.

Other Dogs That Can Have Black Tongues