If you’ve spent an evening tickling your dog’s feet when he’s stretched out on the couch and resting his paws on your lap (whether you want him to or not), you might have noticed that there’s a strange flap of skin between his paw pads.

Almost every dog in the canine kingdom has “webbing” between his toes, just like we have it between our fingers and toes, and it isn’t some weird genetic throwback to their wolfen ancestry anymore than ours is a hangover from the time we spent swinging through the trees. 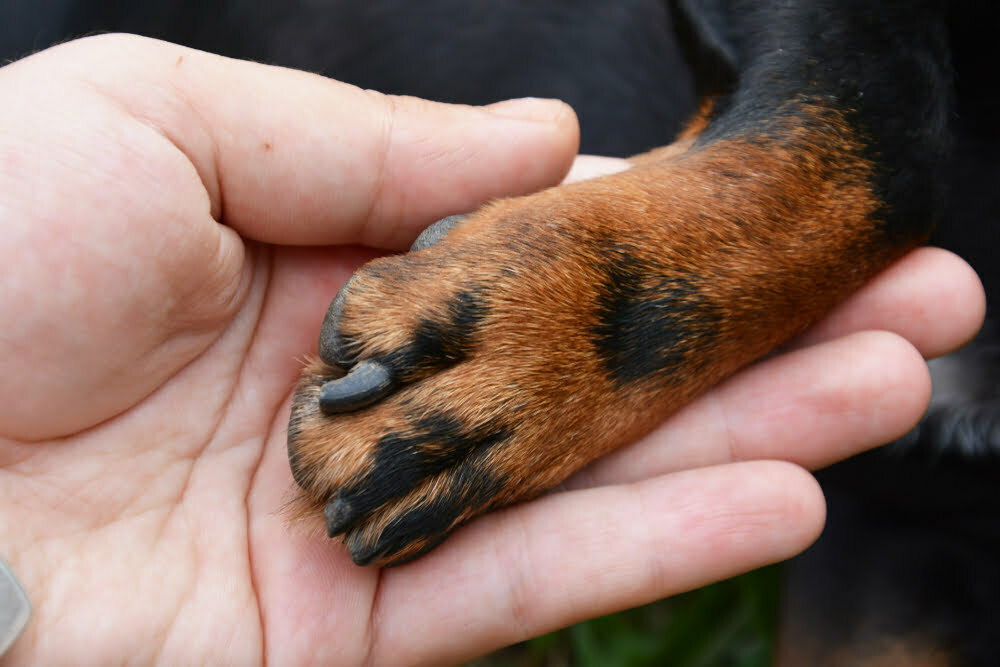 The webbing between a dog’s toes is where for a reason, and it’s natural to leap to the conclusion that it’s there to help your dog navigate the choppy waters of the ponds that he likes to jump into and swim in whenever he gets the chance.

After all, ducks have webbed feet and use them to help them paddle around on the water, so it must be a similar evolutionary trait in dogs, mustn’t it?

Well, yes and no. Yes, dogs have webbing between their paw pads to help them to make them better swimmers, and no, because it isn’t the only reason dogs have webbed toes and paws.

And to explain why some breeds of dogs have more webbing between their toes than others, we’re going to take a quick look at some of the canines whose feet have helped them find their place in the canine kingdom. 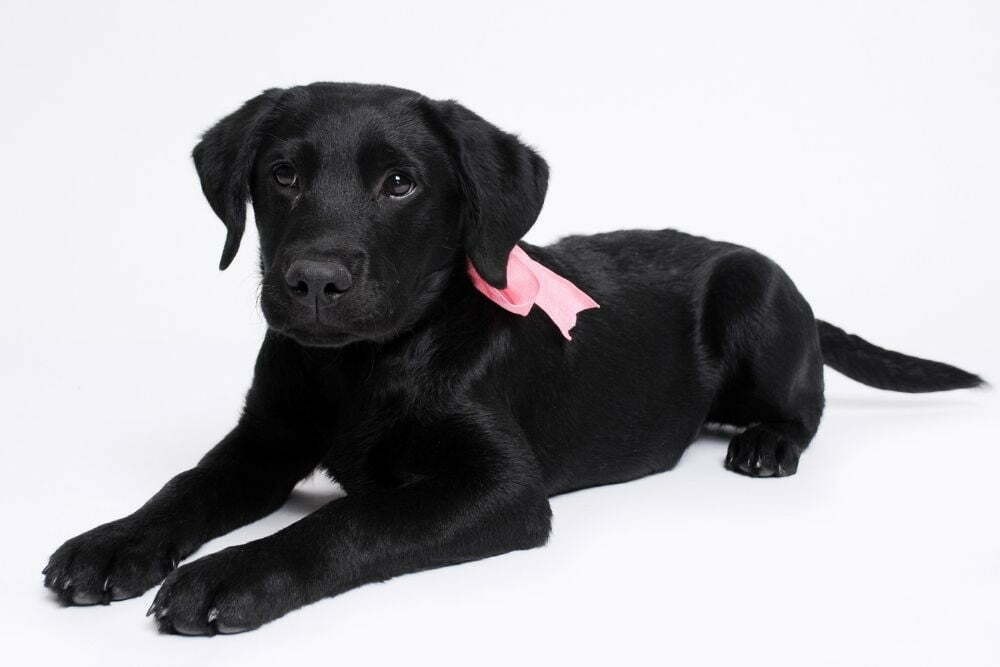 Anyone who has ever owned a labrador knows that as soon as they see water, it’s game over, they’re going swimming, and there’s next to nothing that you can do to stop them. Labradors were bred to be gundogs, chasing and retrieving the birds that their masters brought down over the water by diving straight in and swimming out to fetch them.

Their combination of large, webbed feet, a slick double coat that protects them from the freezing temperatures of even the coldest water, and strong, powerful tails makes them one of the most powerful four-legged swimmers on land and at sea – and if you ever visit the beach and they’re given a chance to bounce headfirst into the ocean waves, they’ll seize the opportunity to do so without hesitation. 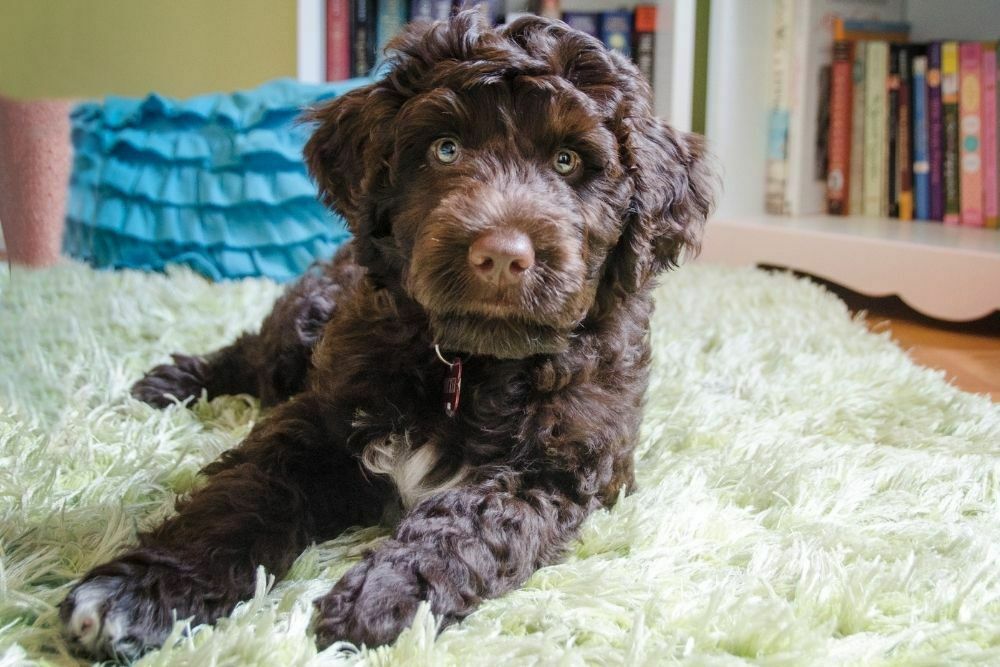 A fisherman’s best friend, these dogs were originally bred to herd fish into nets, dive to the bottom of shallow coastal water to find lost and torn fishing gear, and carry messages between fishing boats and naval ships.

Powerfully built and made for swimming for incredible distances, these dogs have long, wavy coats to protect them from anything that the ocean can and will throw at. Portuguese Water Dogs have massive webbed paws that help them stay afloat and dive to the seafloor to regain what their masters have lost.

They also love to ride at the bow of fishing boats and are happiest when they’re bobbing around on the ocean and getting ready to do what they do best, thanks to their huge webbed paws. Plunge straight into the sea whenever they get the chance.

Big dogs aren’t just beautiful; they can also save your life. The Newfoundland, a large Canadian dog that was originally bred to help fishermen, has a natural predisposition to ocean rescue that is often put to the test.

Their incredibly muscular build, long double coats, wonderfully calm demeanor, and gigantic webbed paws make them ideal rescue dogs, a task for which they have an innate ability and excel.

Gifted swimmers, the Newfoundland is a gentle giant that has a unique ability in the water and doesn’t swim the same way that other dogs do – it doesn’t dog paddle, it has its own strong stroke that defines any dog expert’s ability to try and explain.

These dogs are such powerful swimmers and so good at rescuing people that they’re highly prized members of river rescue and lifeguard teams in their native country. 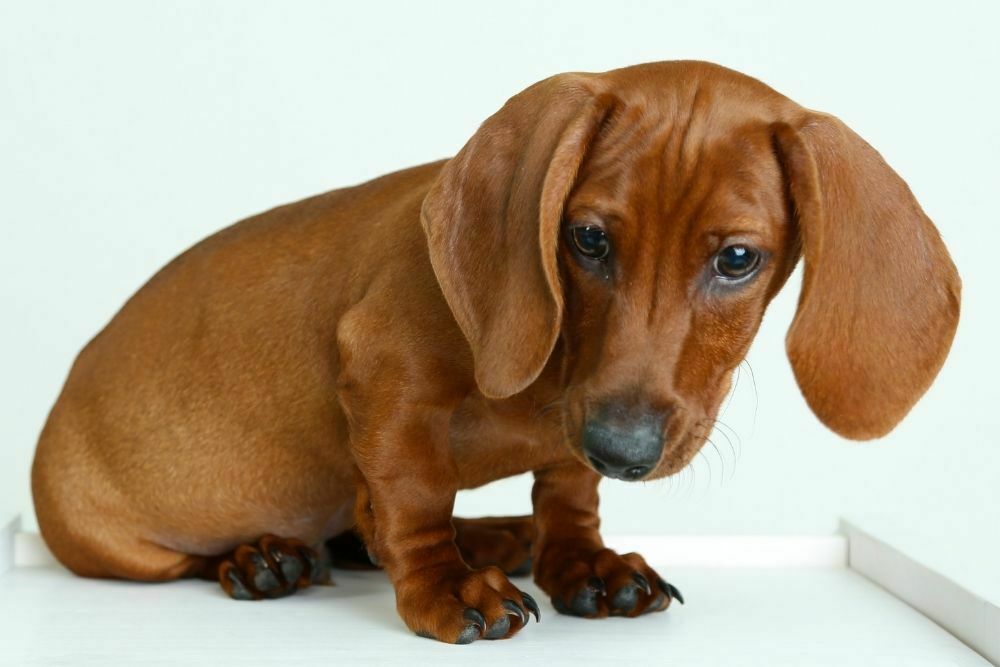 No, it’s a typo, we did say Daschund. Weiner dogs have huge paws, and if you take a closer look at them, you’ll notice that the webbing between their pads is a lot more pronounced than it is on other small dogs.

It isn’t there because they’re particularly fond of swimming, as many Dachshunds don’t like water very much. The webbing between their paws is there to help them dig.

Dachshunds were originally bred to chase and hunt rats, rabbits, and rodents, and the webbing in their paws increases the surface area of their feet when they’re digging, which helped them to burrow after their prey when it fled underground.

As we said at the beginning, webbed paws don’t just help a dog to swim. They have other evolutionary and everyday advantages and uses too. 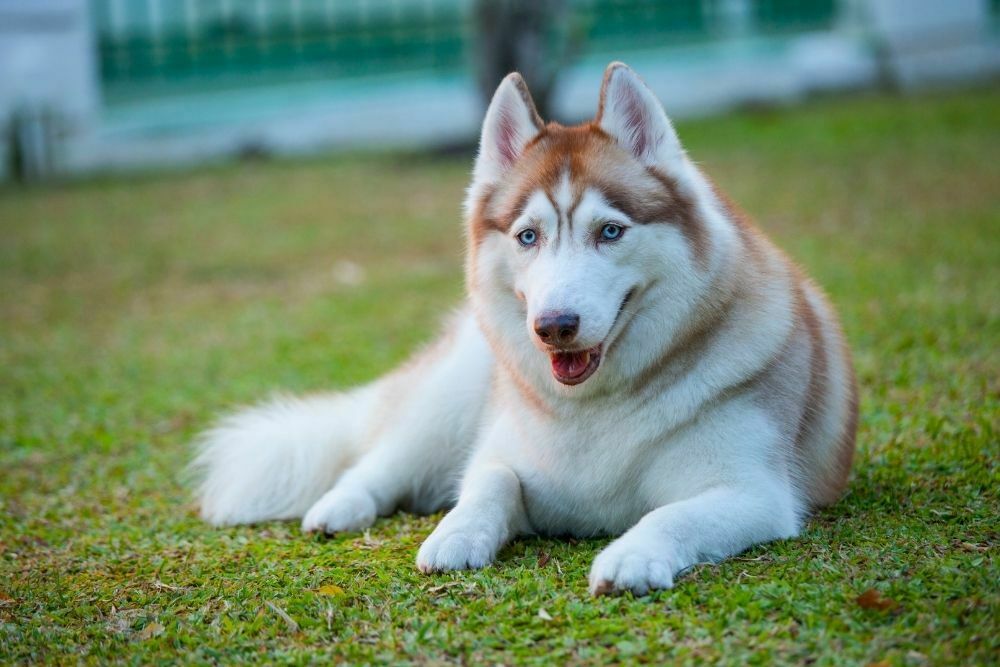 And it’s one of those other advantages that brings us to the Siberian Husky. You’ve heard of snowshoes and are probably familiar with the simple idea that the more surface area a shoe has, the more easily a person wearing it will be able to move over and through the snow, right? Well, that’s why a Siberian Husky has large webbed feet.

It’s all about weight displacement and disbursement, which is why the dog that was bred to pull sleds across the frozen plains of Siberia and the Arctic has webbed paws. The increased surface area that the webbing provides makes the Husky more capable of traveling and running through snow than other dogs. 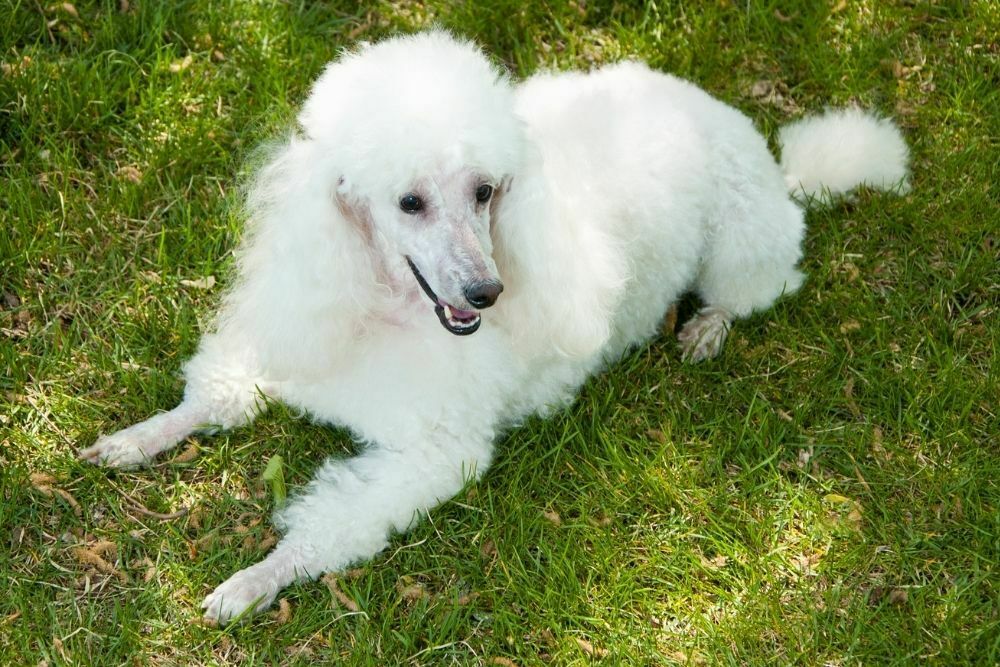 Believe it or not, Poodles have webbed paws and feet because they were originally bred to be duck hunters. Their long, curly fur coats protected them from the cold of whatever pond or lake they plunged into to retrieve the carcasses of the ducks their human companions had shot out of the sky, and their webbed feet helped them swim.

It’s easy to forget when you see a manicured poodle parading across the television screen at a dog show that they’re working, water dogs who would rather be outside following their instincts than sit in front of a groomer being prepped for a show. And the next time you see a poodle running around the ring on your TV, take a much closer look at its paws.

Those webbed feet aren’t there to help it to steal the hearts and minds of the judges, they’re there so that a poodle can do what it was bred to do, swim.