One of the most useful features a dog can have is intelligence. Take police dogs, for example; they can easily be trained to become super helpful in all kinds of situations.

But while most dogs can learn to do all kinds of tasks, some fare better than others. In this article, we’re going to explore 15 of the smartest dog breeds around, and you may just find that your pet is listed in there! 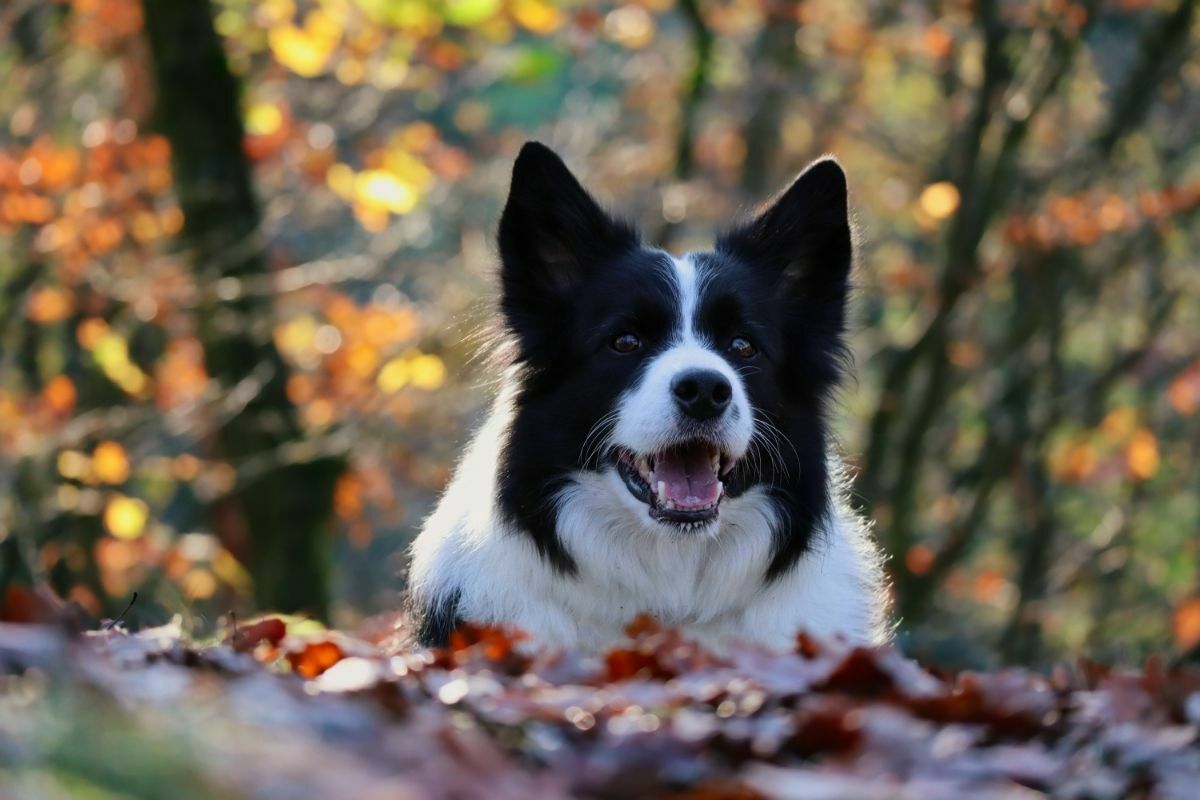 The border collie was originally bred as a herding dog to help farmers keep their livestock safe.  The border collie has a very high train-ability level, making them excellent working dogs.

For example, they’re great at finding lost items or retrieving things from far away. They also make good family pets because they’re extremely loyal and friendly.

Labrador retrievers were originally used by fishermen to retrieve lost items from the water. They’re brilliant and loyal, so they make for perfect search and rescue dogs.

For example, if you’re looking for someone who’s fallen into the ocean, a lab could probably find them.

Golden retriever puppies are known for being friendly, smart and playful. This makes them excellent companions for families with children, keeping them entertained and learning different tricks. They can learn to fetch, find, and rollover. 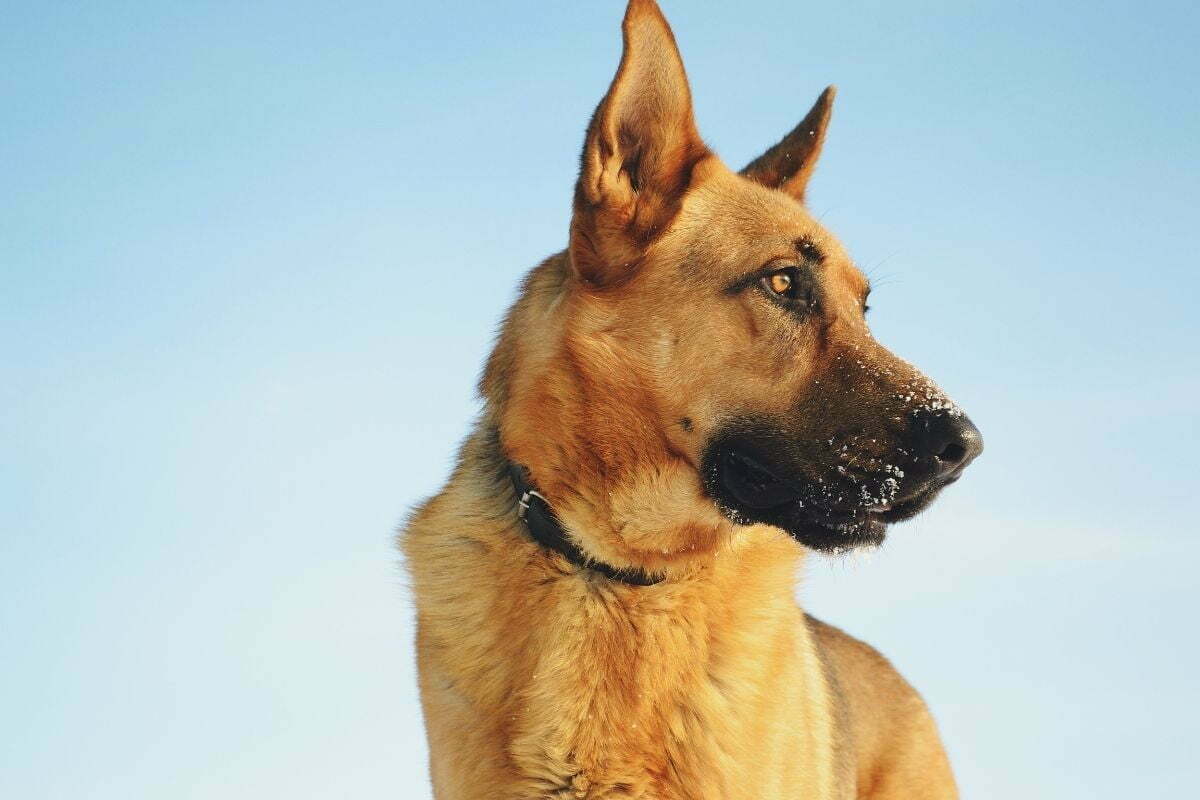 German shepherds were developed to herd sheep during the Middle Ages. These days, they continue to work hard as service or assistance dogs.

For example, they can detect when someone has fallen over and even alert emergency services if they have been trained how. 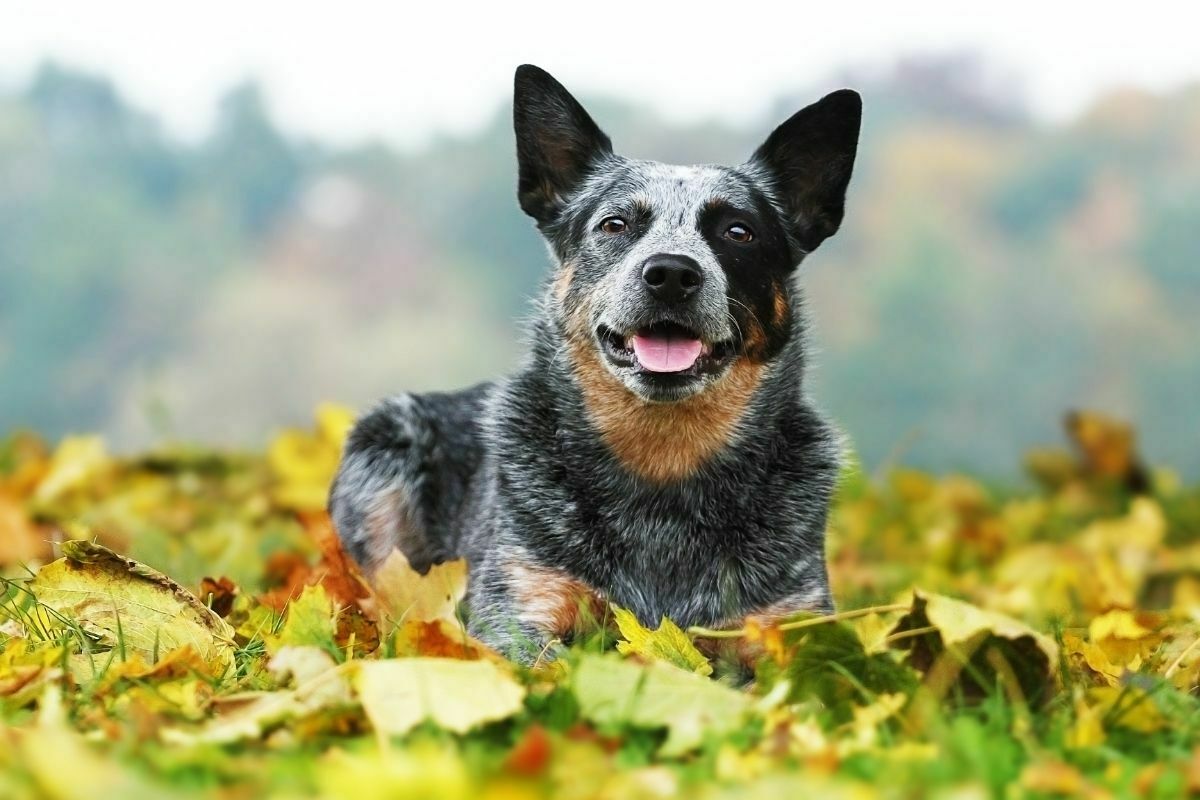 This breed originated from Australia and is known for being extremely intelligent. These dogs were originally bred to herd cattle by chasing down wild animals.

So if you ever go fox hunting, this would be a great breed to take.

Poodles of all sizes carry a high degree of intelligence, making them ideal companion dogs. They’re extremely well-behaved and easy to train. Plus, they’re very cute and sweet, so they make great family pets. 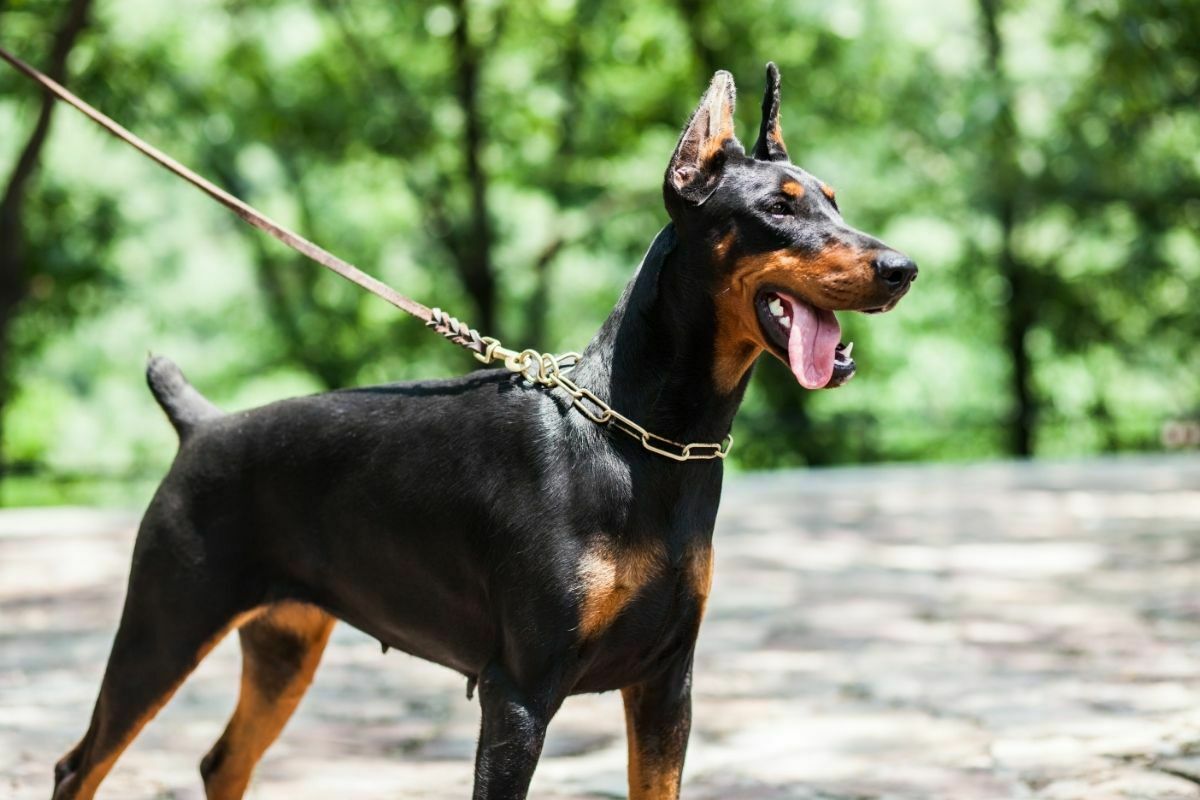 Dobermans are one of the oldest breeds of dogs and originate from Germany. They’re known for being incredibly strong, protective and brave. And they’re also brilliant, making them great guard dogs. 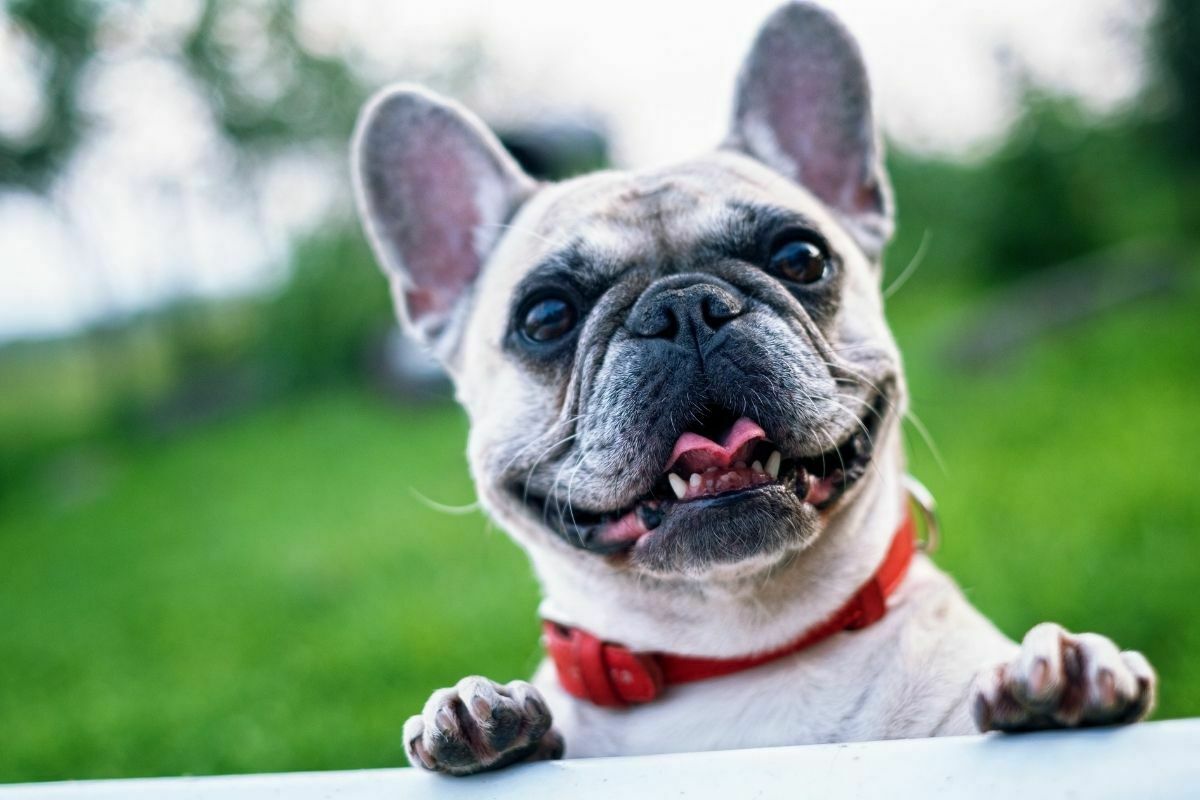 Bulldogs are famous for having short legs and big heads. But despite their unusual appearance, bulldogs are actually quite intelligent. They can learn up to 50 commands, including sit, stay, lie down, and come when their name is called. 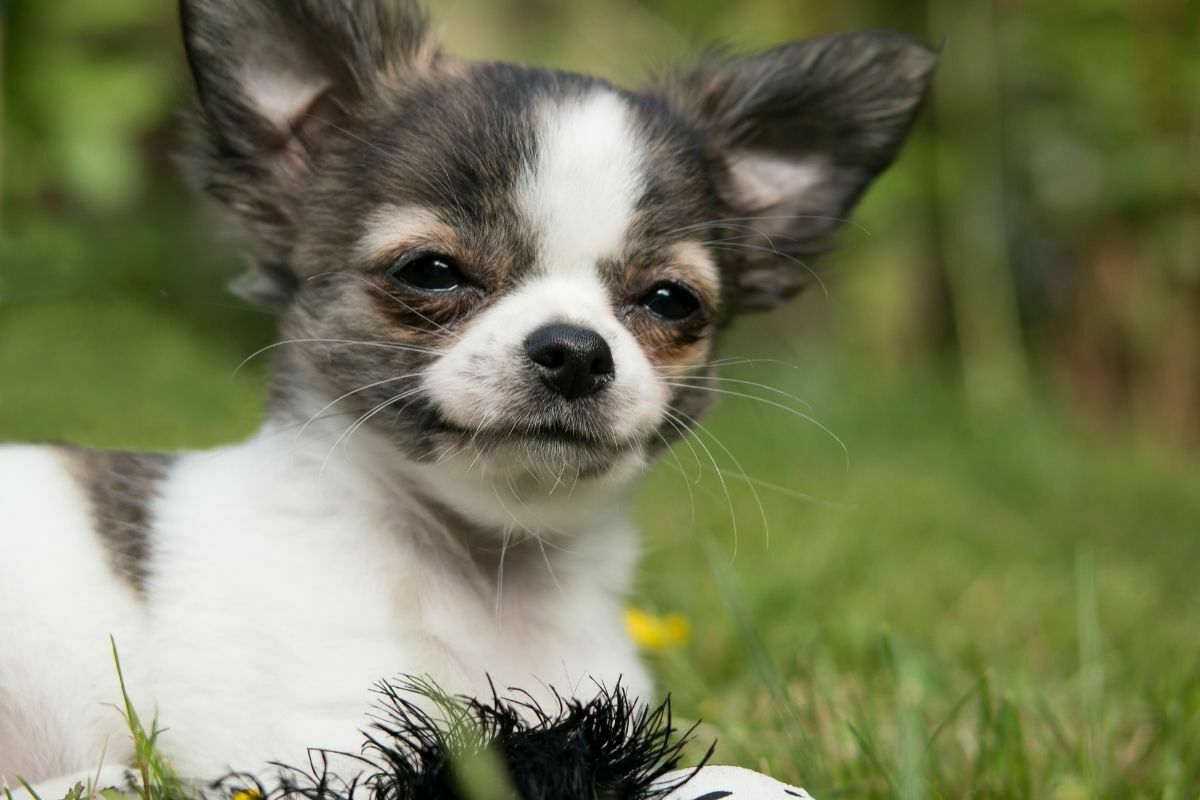 Chihuahuas are small dogs that originated in Mexico. They’re affectionate, loving and cuddly.

However, they can be stubborn and independent, so they will need some training, positive reinforcement, and treats when they do things right. But they soon learn. 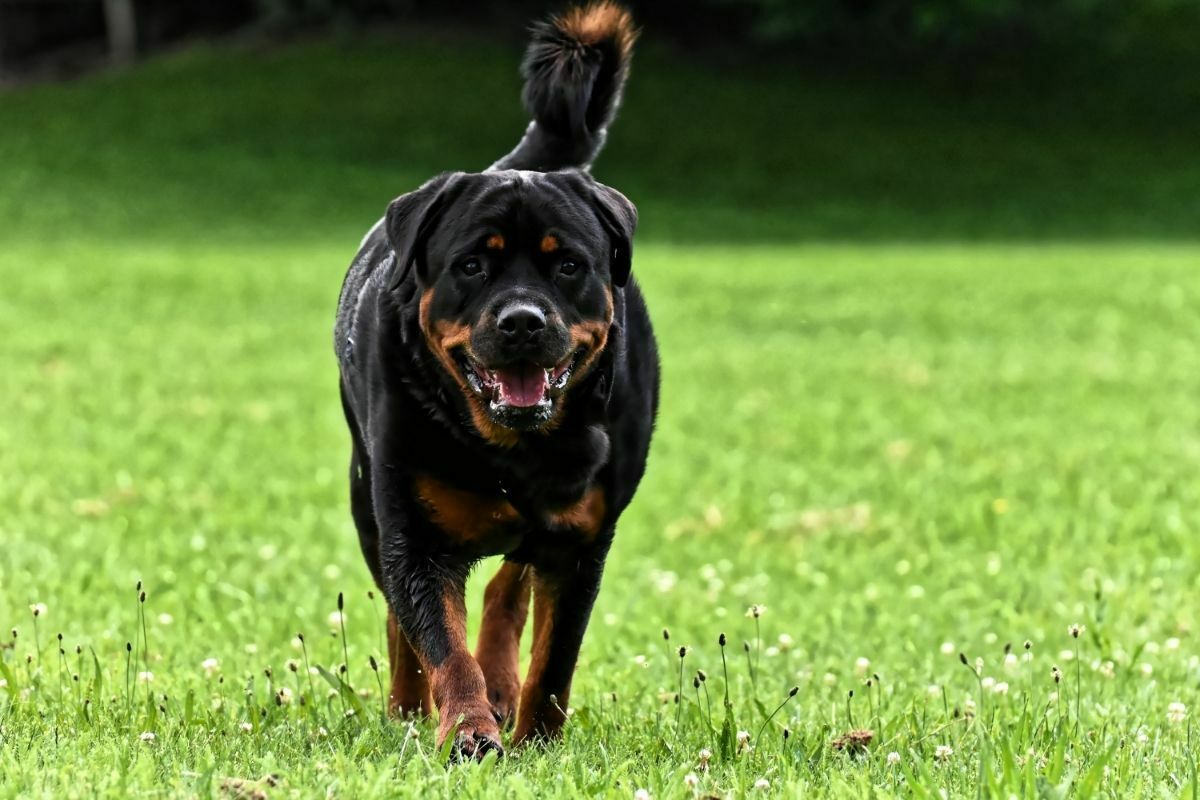 These large dogs are often used for guarding purposes, but they’re also gentle and kind. They’re happiest when they have people around them and love playing with kids.

With regards to their intelligence, Rotties get an average score of 17 on the AKC Canine Intelligence Test (AKC). 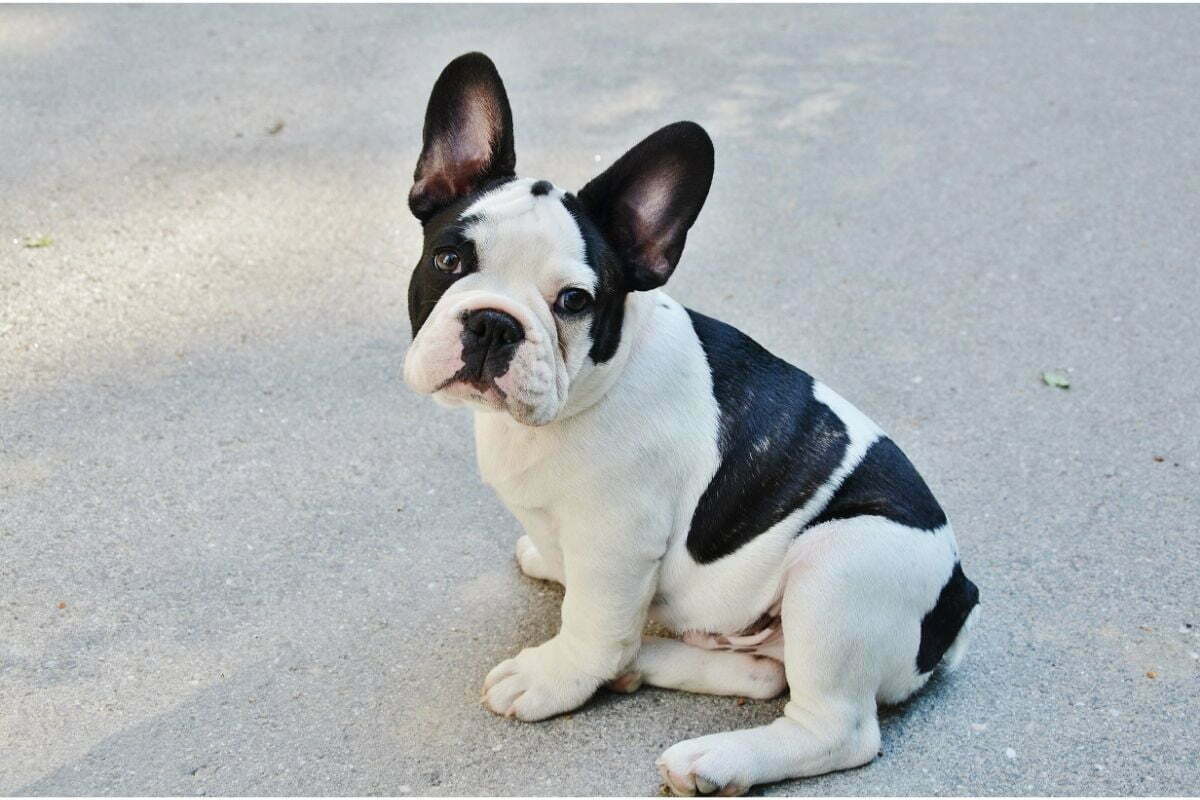 The French bulldog is a popular pet dog breed due to its unique features. It’s known for being a happy-go-lucky dog that loves to play.

Although it takes time to socialize your puppy, these dogs are also brilliant and eager to please, so positive reinforcement is a great way to train them up. 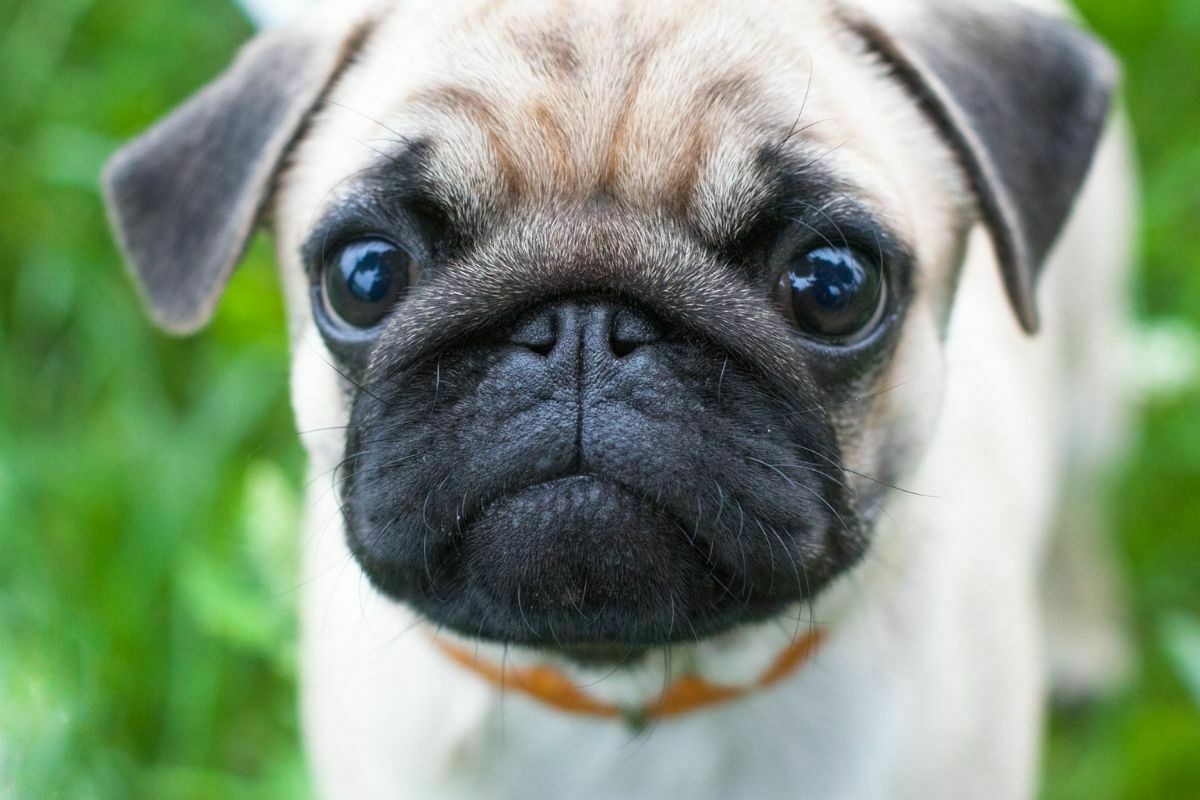 The pug is a loyal and affectionate dog who gets along well with adults and other dogs. They’re also rather smart, getting an average score of 19 on the AKC Canines Intelligence Test (AKC), which is higher than many other breeds. 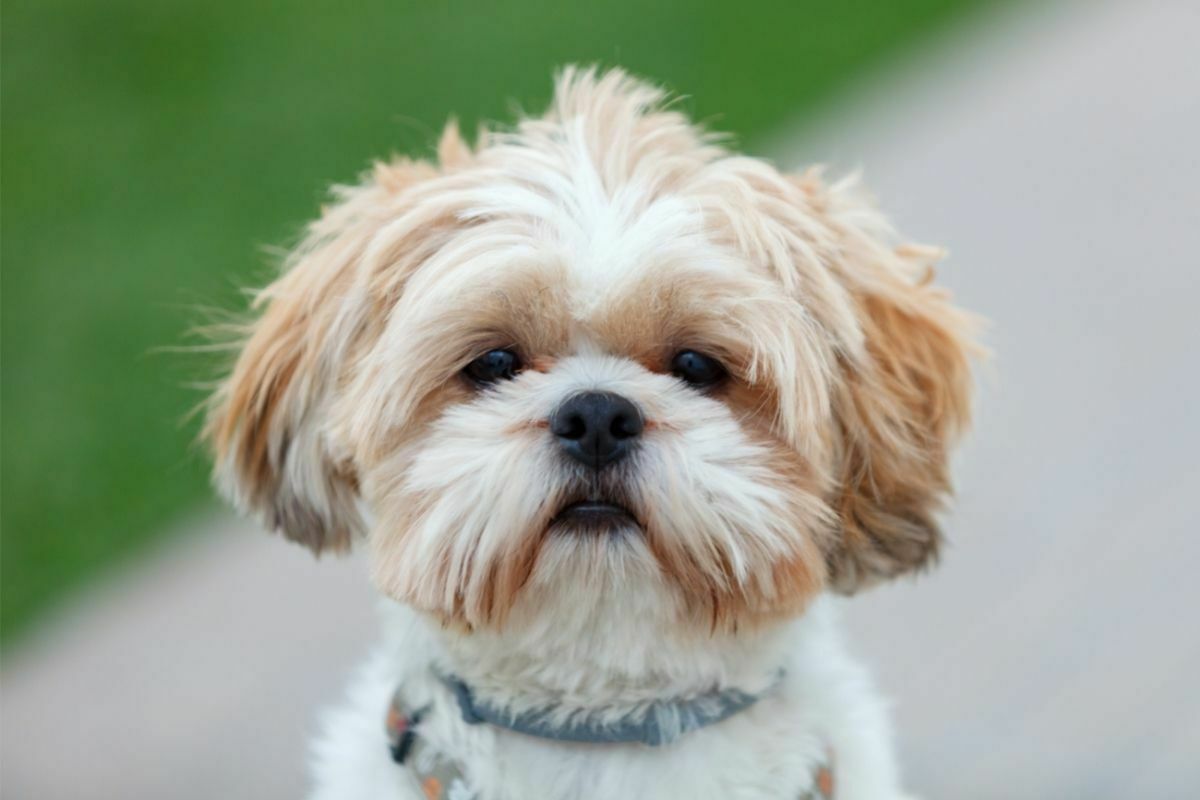 The Shih Tzu is a tiny dog breed that was first introduced into China thousands of years ago. This friendly little dog is brilliant and makes a good watch dog because of its keen senses.

An unlikely guard dog, perhaps, but an effective one all the same.

Boxers are loyal, energetic and active dogs that enjoy spending time outside. They’re excellent swimmers and climbers, and they also like to wrestle! And such activities require a good level of physical intelligence. 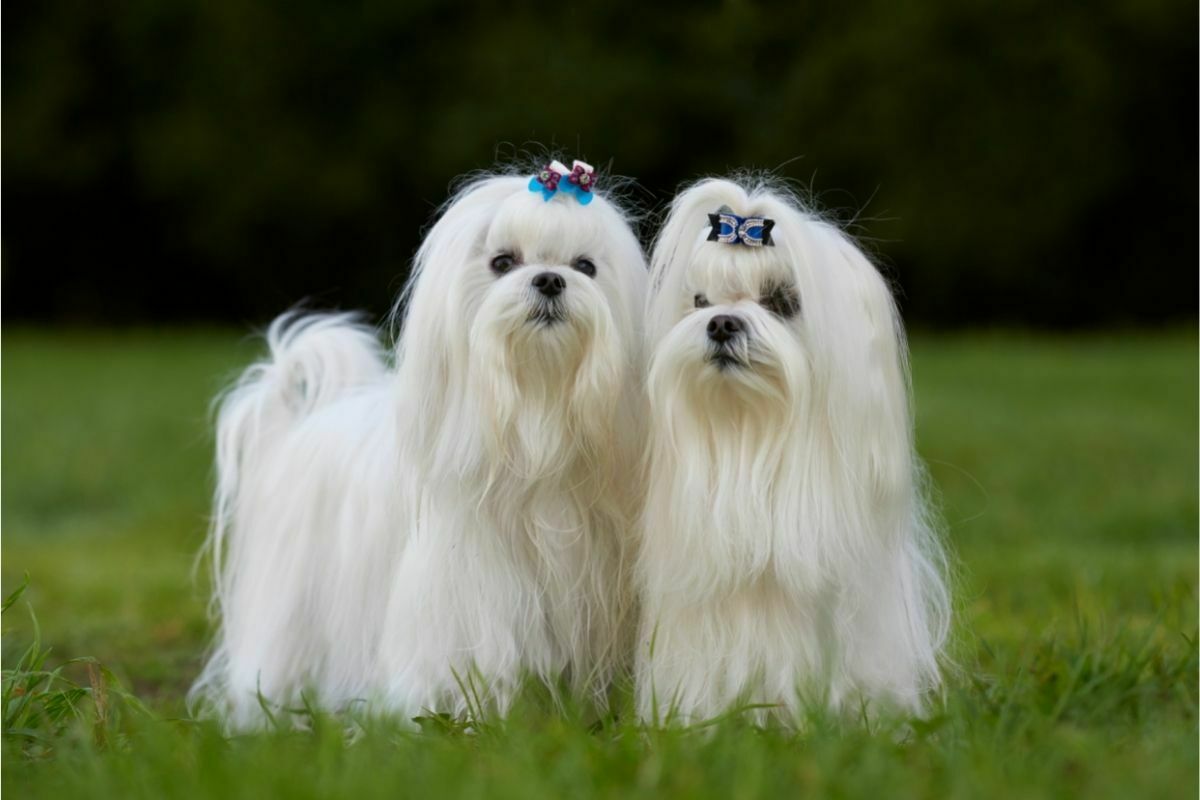 The Maltese are small, fluffy dogs that originated in Malta. They’re very playful and friendly and get along well with children.

The Maltese have been shown to be one of the smartest dog breeds – scoring 24 on the AKC Canis Intelligence test (AKC). 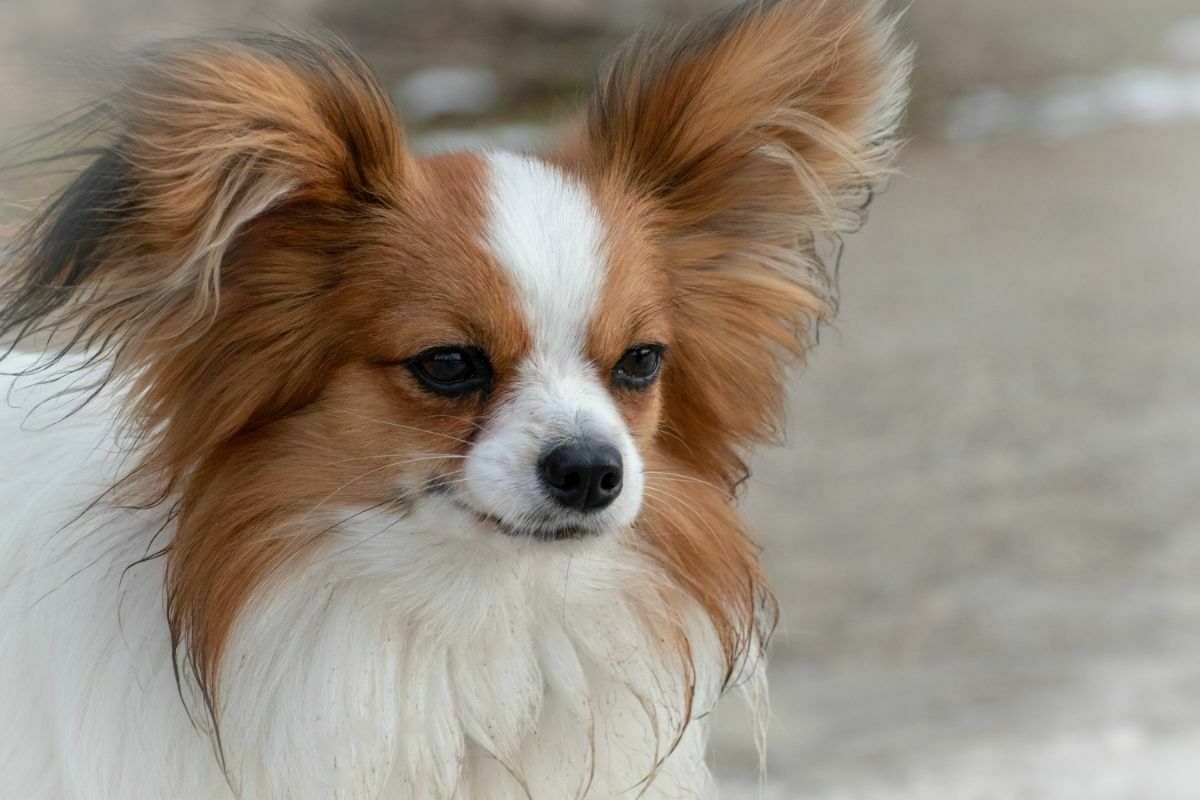 The papillon is a lively, fun-loving dog that’s perfect for owners looking for a dog that needs lots of exercises.

Papillons were originally bred as pets in France during the 18th century, and now they’ve become a common sight at dog shows worldwide. These dogs are brilliant, and they make wonderful family companions. 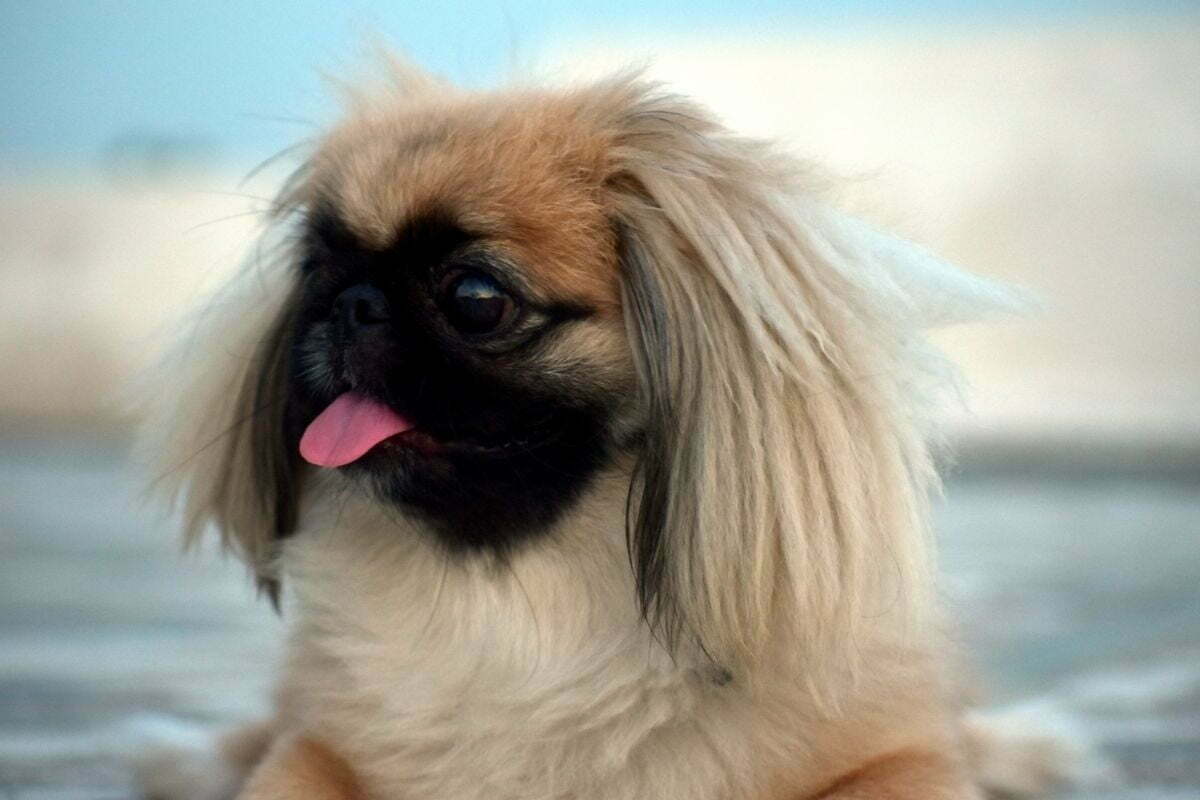 The Pekingese is a small dog breed from China. Their coat is double coated, and it comes in various colors. They’re known for their sweet personalities and docile dispositions.

They’re quite smart, too, and they get an average score of 21 on the AKC Canine Intelligence Test (AKC). 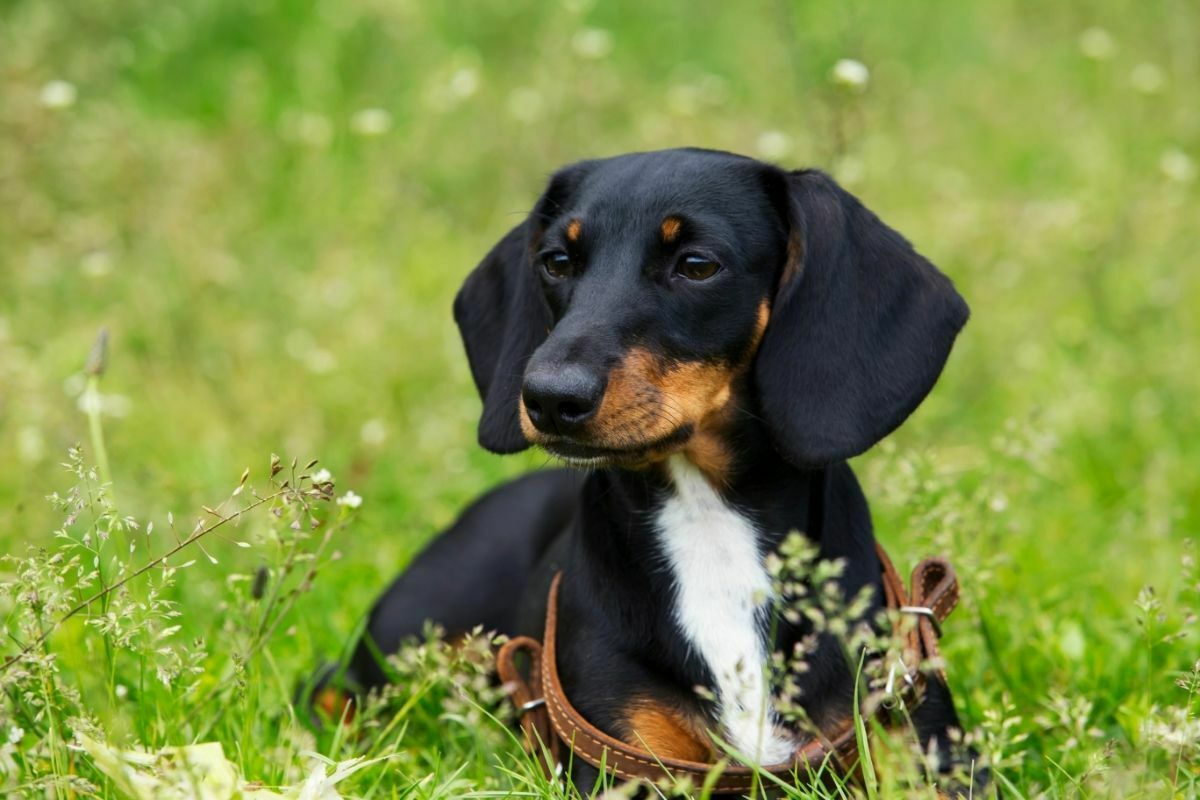 The dachshund is a short-legged, long-bodied dog breed that looks cute even though some consider it an ugly dog.

Its origins date back to ancient times, and it was once used to catch rats. Today, this friendly dog is still used in hunting, although it’s becoming increasingly popular as a companion animal.

The schnauzer is a medium-sized dog breed that originated in Germany. It’s a strong, sturdy dog that can pull heavy loads. It’s smart enough to learn tricks and a cheerful, loving dog that enjoys playing games.

The basenji is a rare, agile dog that originated in Africa. They have a distinctive appearance, with their large ears and pointed faces.

They’re sociable dogs that get along well with people and love to spend time outdoors. And they’re smart, too; Basenjis get an average score of 22 on the AKC Canine Intelligence Test (AKC)! 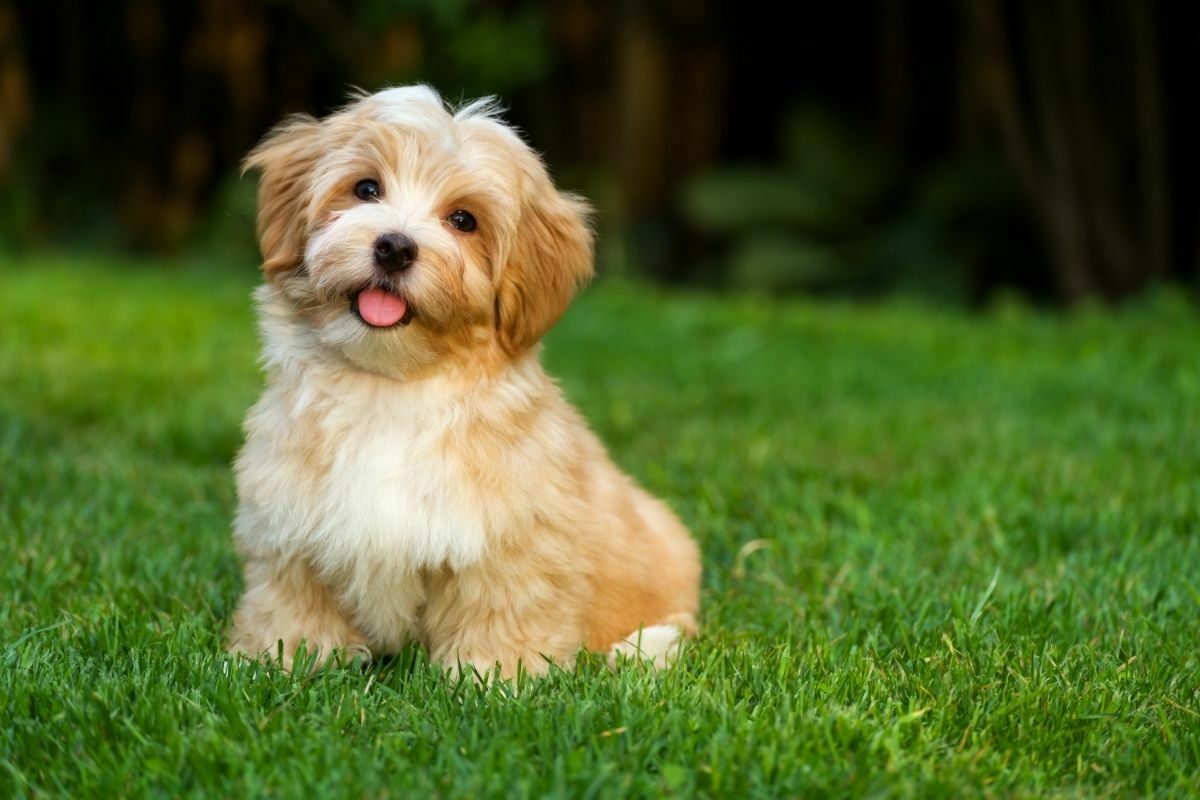 The Havanese is a small, elegant dog with a high-pitched bark. It’s part of the spaniel group, and it originated in Cuba.

These dogs are gentle and friendly, making them great family pets. They’re also brilliant, and they get an impressive average score of 23 on the AKC Canines Intelligence Test (AKC) 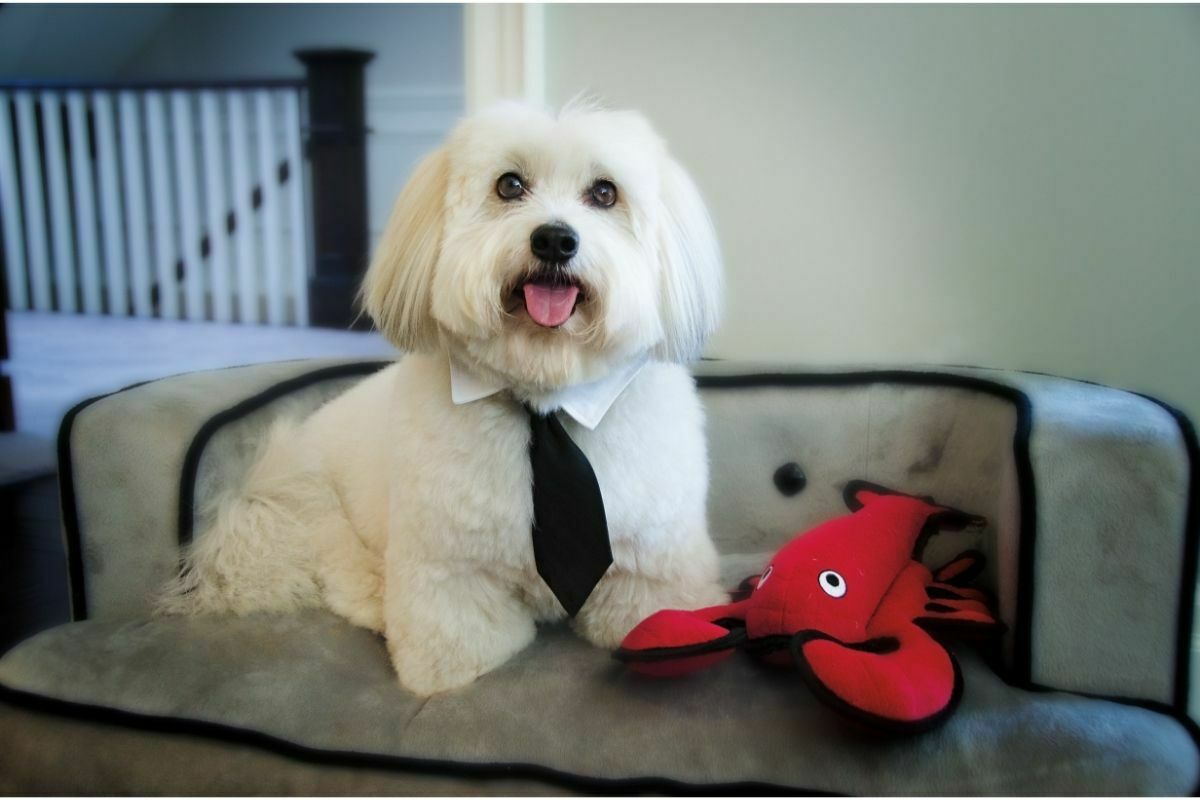 The Coton de Tulear is a small, lovable dog that originated in West Africa. They’re affectionate and friendly, and they’re also brilliant. This makes them a great choice for families who want a pet that will play fetch or do other tricks. 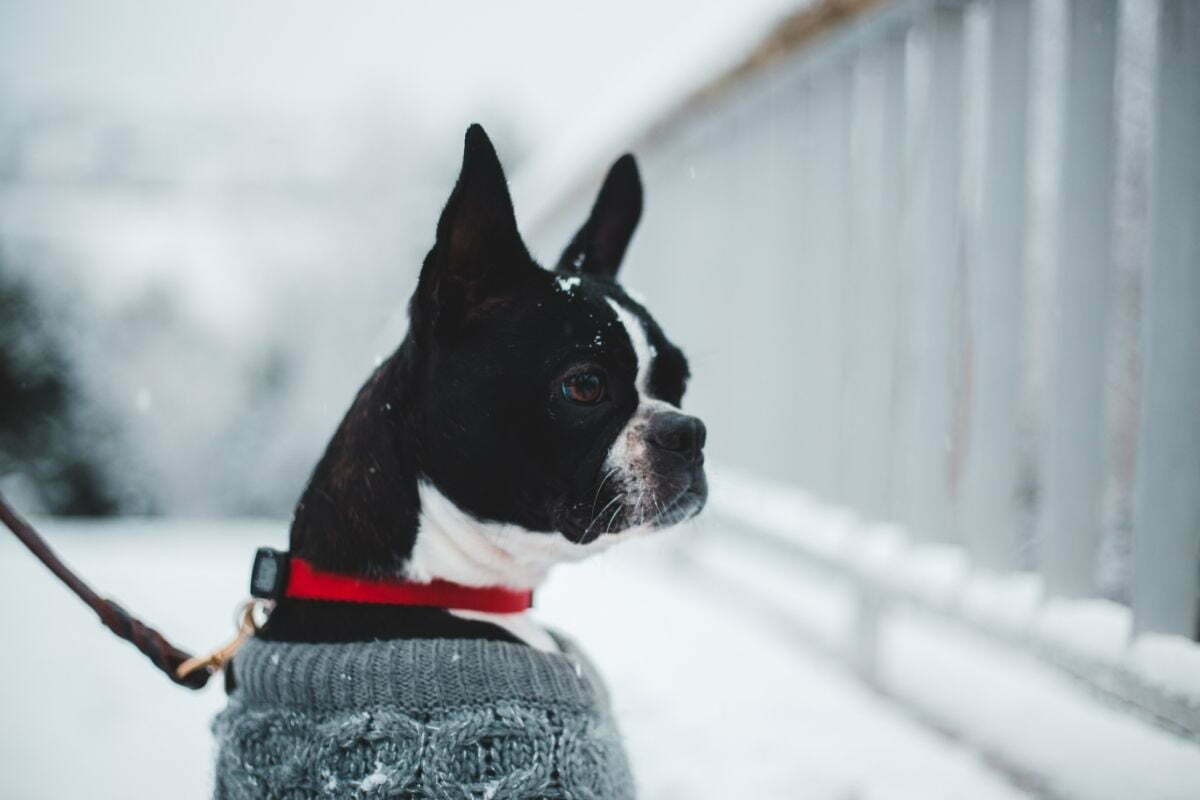 The Boston terrier is a small, fast-moving dog that originated in England. They’re highly energetic, and they need regular walks.

But these dogs are also brilliant and get an amazing average score of 26 on the AKC Canines Intelligence Test (AKC!). 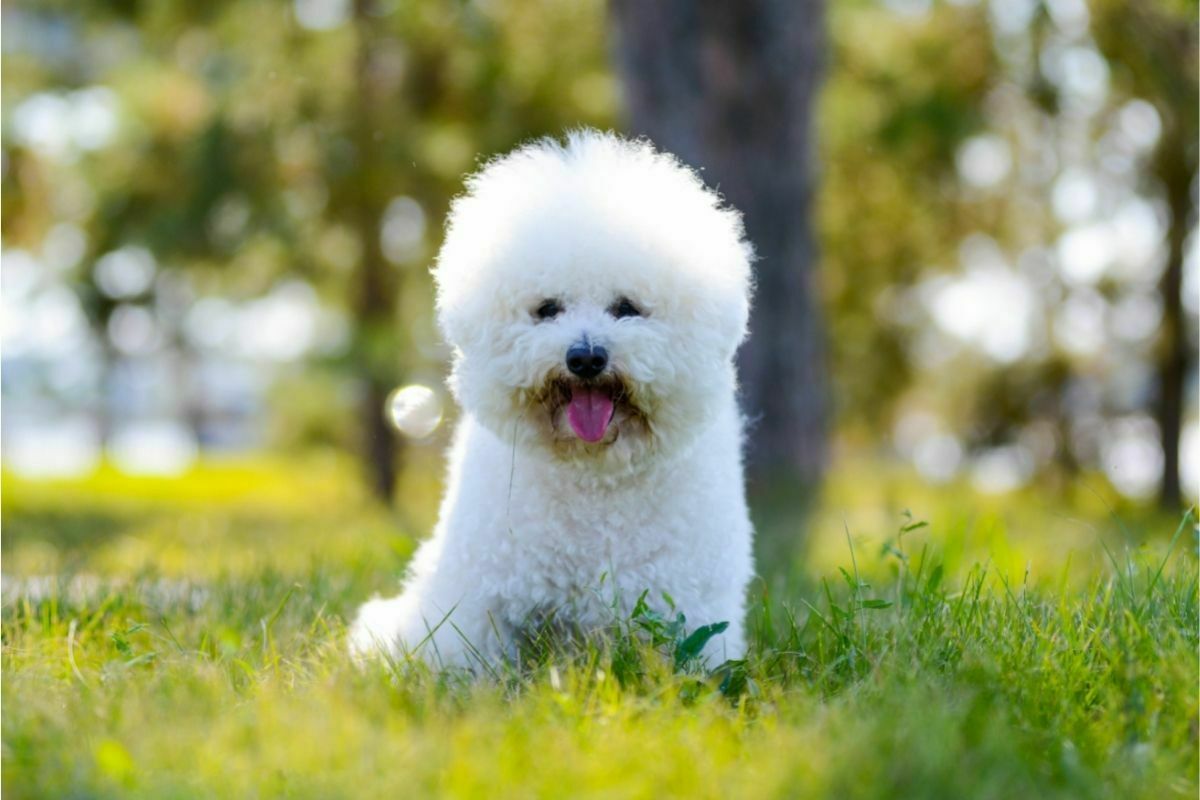 The bichon frise is a small, playful dog that originated in France. They’re very loyal and affectionate and get along well with kids.

The bichon fries are one of the smartest breeds of dogs around, getting an incredible average score of 28 on the AKC Canines Intelligence Test (AKC)! That’s more than twice as smart as some of the other breeds out there! 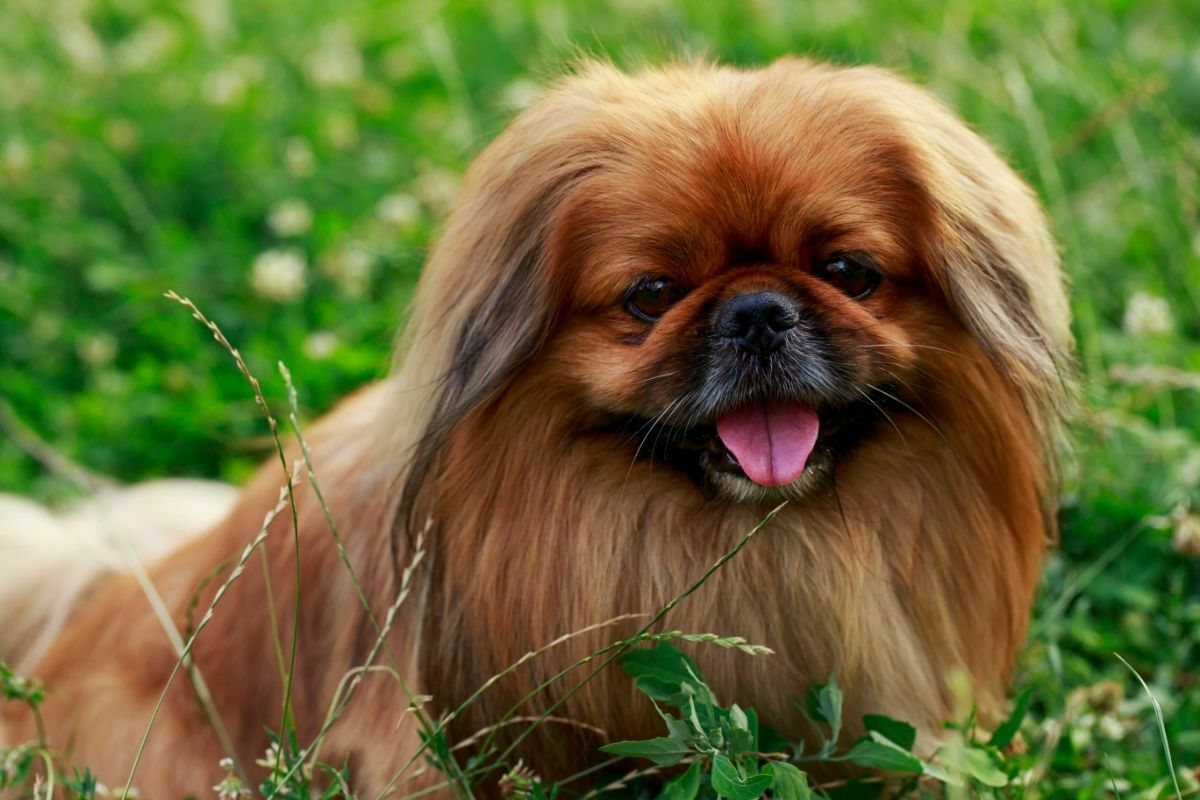 The Pekingese is a tiny, fluffy dog that originated in China. They’re called “Pekingese” because they look like little lions.

These dogs are extremely adorable, and they get along with just about everyone. They’re smart, too, and their average score on the AKC Canine Intelligence Test (AKC) is a whopping 29. 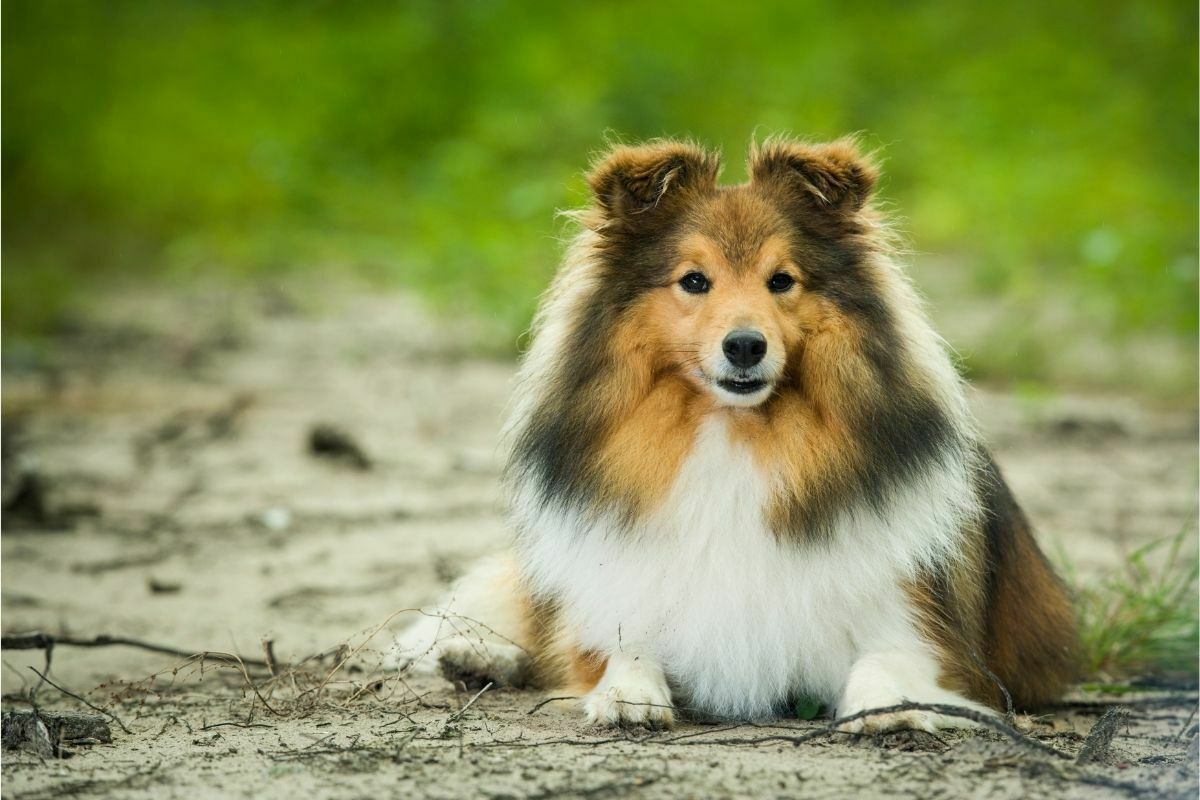 The sheltie is a powerful, athletic dog that originated in Scotland. Their coats come in different colors, but all shetlands share similar characteristics.

These dogs are incredibly loyal and protective and make good guard dogs. They are keenly observant and thrive on having a job to do.

So, there we have it, well over 15 different super smart dog breeds. Breeds that not only look super cute but are also smart enough to learn many different tricks and tasks. What’s more, they will also make great pets for the right owner.

It’s certainly worth noting at this point that regardless of the breed’s average score on the AKC Canines Intelligence, they can all learn to obey their owners and carry out simple tasks, provided that they are trained early enough and in the best possible manner.