What kind of dogs are ugly? Some breeds are considered cute, but they are definitely not the cutest. Some dog breeds out there look downright scary.

Dogs are man’s best friend, and they’re also very adorable. But sometimes, even the cutest ones can look pretty scary.

Dogs come in all shapes and sizes. They vary from large to small, short to tall, and even hairy to hairless. 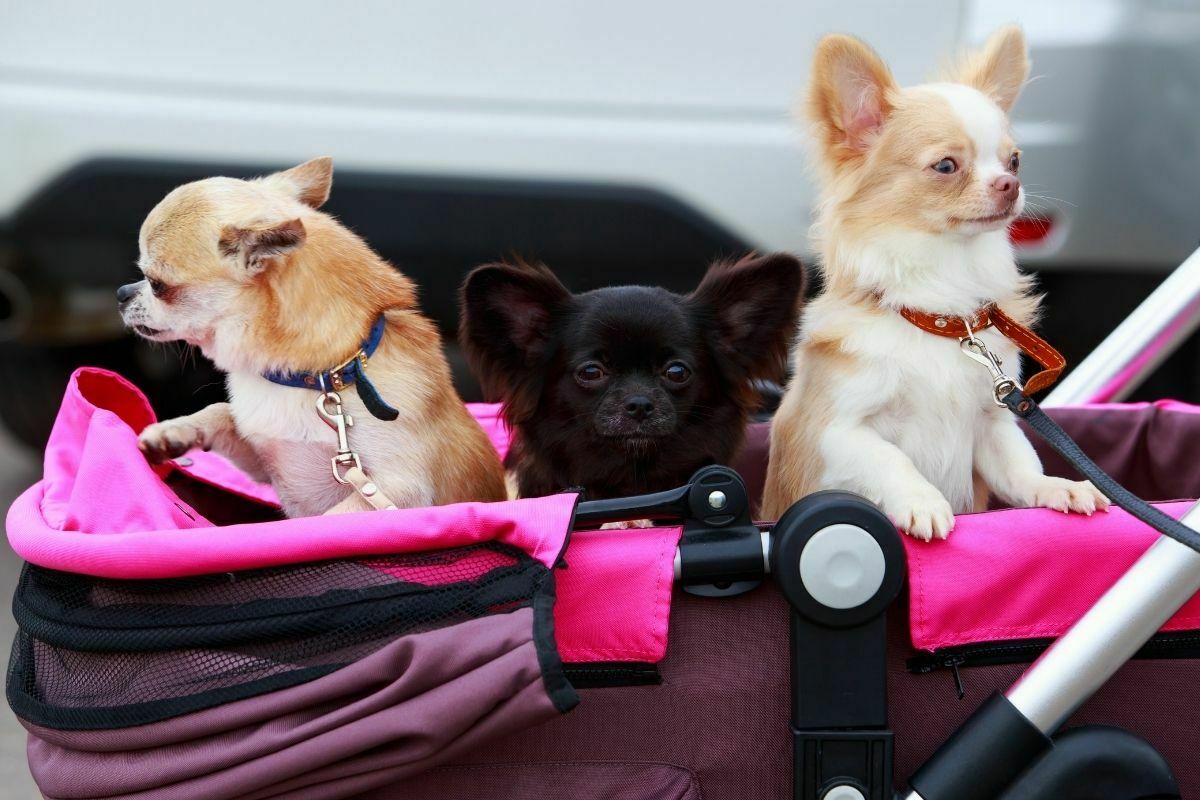 Certain breeds are considered ugly. These dogs have been bred over time to look a certain way. For example, the Pekingese has long ears and a flat face.

Other breeds, such as the Pug and the Shih Tzu, have wrinkly faces. Others like the Bulldogs and Mastiffs have droopy mouths.

Looks and cuteness levels are subjective, but dogs have a few physical characteristics when it comes to finding the ugliest of the bunch. Dogs with either too little or too much hair may make the dog seem less appealing to the eye. Hairless dogs, in particular, may look strange.

Underbites, which is a deformity some dogs have in their jaws, may put them into the “ugly” category.

Maltese Poodles and Affenpinscher are examples of dog breeds that are known for their underbite. While this may be unappealing to some, others find it adorable.

Another characteristic that may make a dog appear to be ugly has a squashed face. These are brachycephalic breeds like pugs and bulldogs, whose flat, small faces detract from their appearance.

Again, some people may find this quality adds to their cuteness.

Additionally, an unusual face shape or body may make a dog look uglier than the rest.

Furthermore, having an excess amount of skin like a Mastiff or a Shar Pei may decide whether a dog looks ugly or not.

Now, although some of these faces are those only a mother could love, all dog breeds have redeeming qualities-it is what is on the inside that really counts-and are all deserving of love.
Without further ado, here are the ugliest dogs in the world: 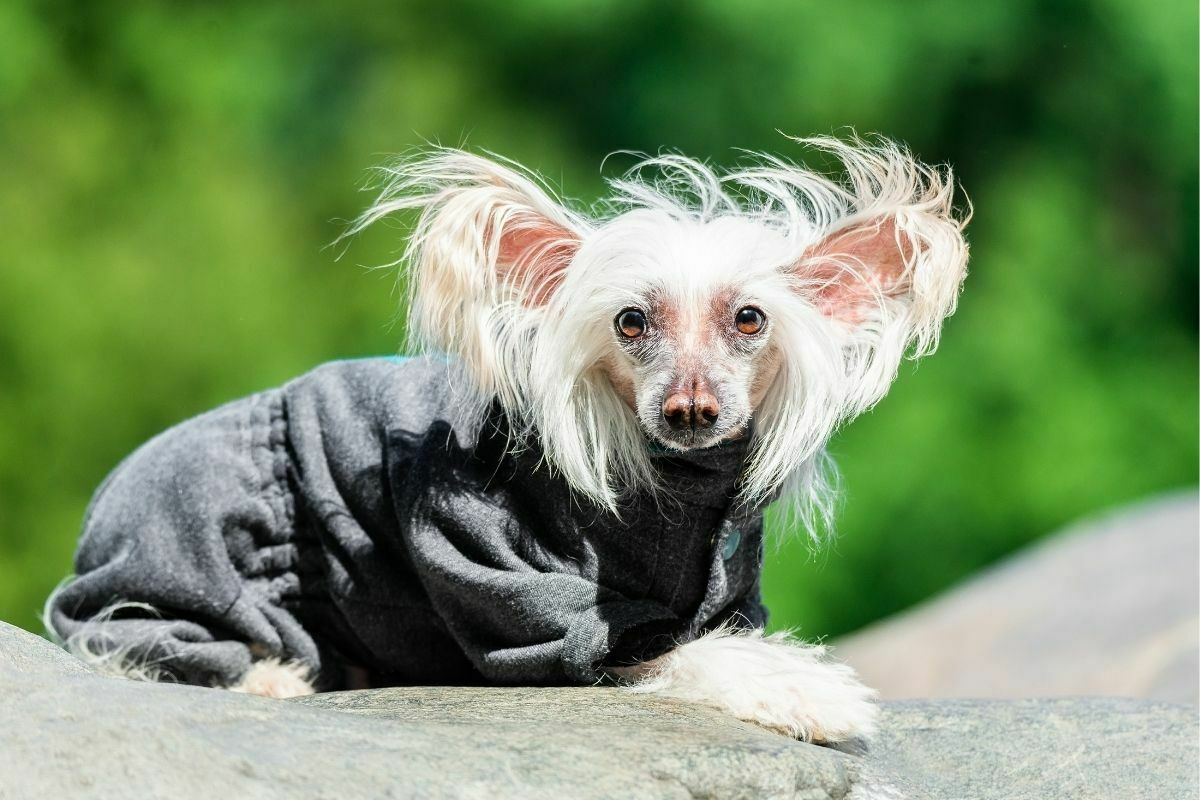 A hairless dog bred as a pet for royalty or nobility to carry around is considered one of the ugliest dog breeds in the world. This is because they often have tufts of hair coming out of their head and along their ears, feet, and even sometimes, their tail.

Their lack of hair may also weird people out upon petting them, and typically the lack of hair shows different color spots, which while on a dog with hair looks good enough, on the Chinese Crested, it looks like age spots you would find on an old person’s skin.

Don’t judge a book by its cover; this breed is an excellent companion and accustomed to the lapdog way of life. 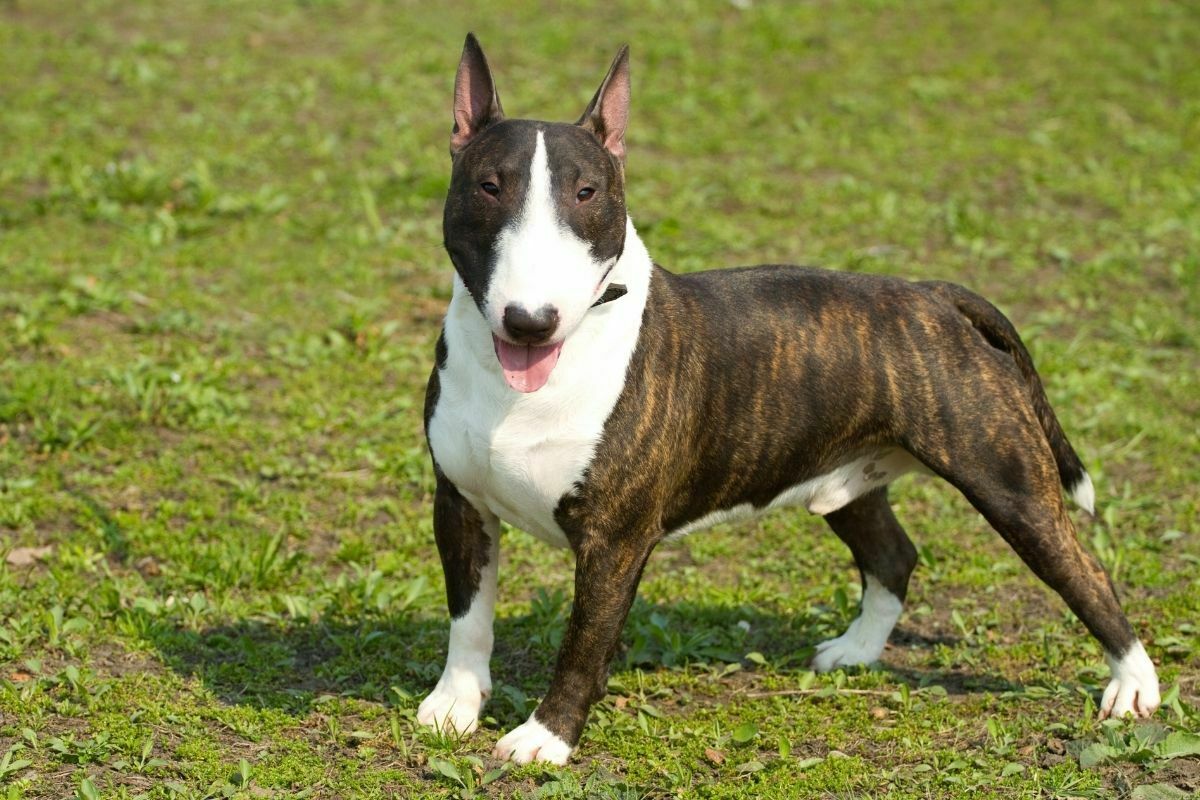 The English Bull Terrier has an egg-shaped head and small, squidgy eyes that are quite far apart, meaning it won’t be winning any beauty pageants. They are also extremely stocky and solid dogs with their square bodies.

On top of that, they are quite scary and have been used in many films to portray aggressive guard dogs, meaning that they not only look ugly, but the association with them is not so positive either.

However, these dogs are extremely loyal, energetic and playful. 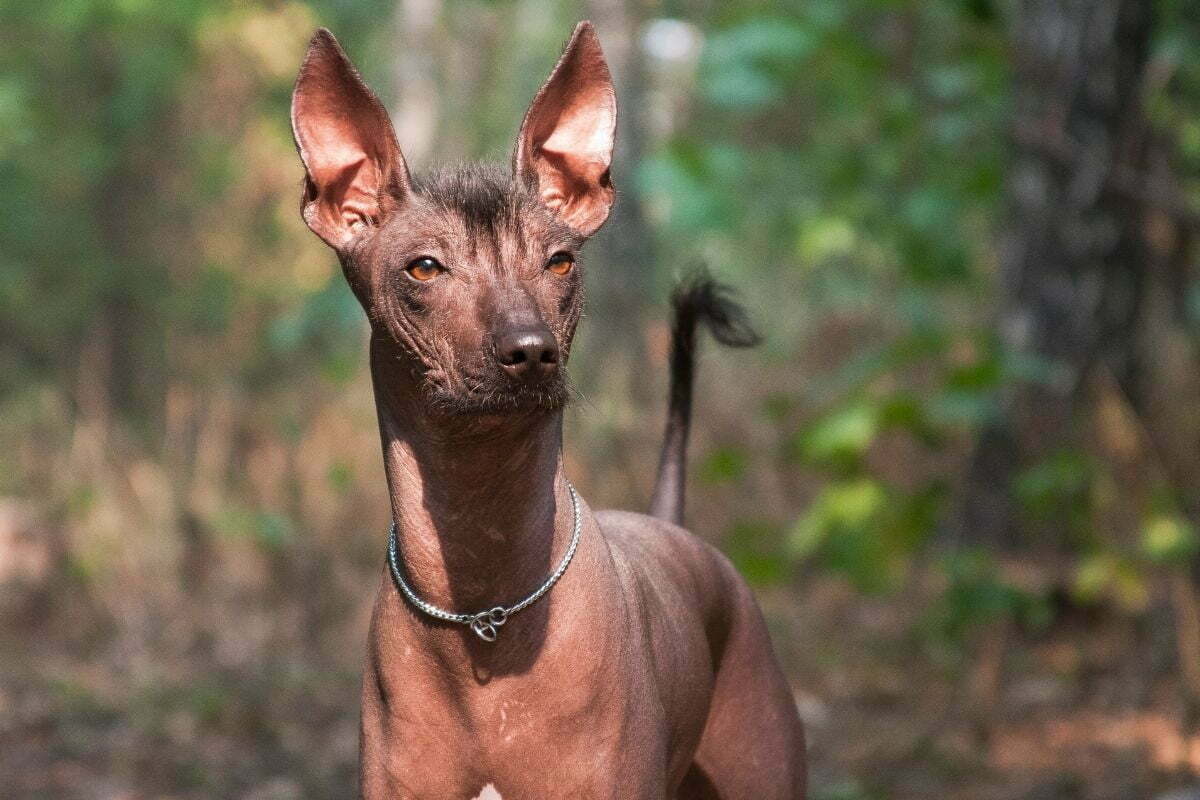 The Xoloitzcuintli, which is also known as the Mexican hairless dog, is usually completely hairless and has a dark skin colour, although some dogs of this breed have a few tufts of hair on their head.

The dog looks like a hound from the underworld and has an intimidating expression. They have been bred naturally for thousands of years in Mexico and are sturdy stock.

However, this national dog of Mexico is a firm favourite amongst its owners, as they are known for their even temper and affectionate nature. 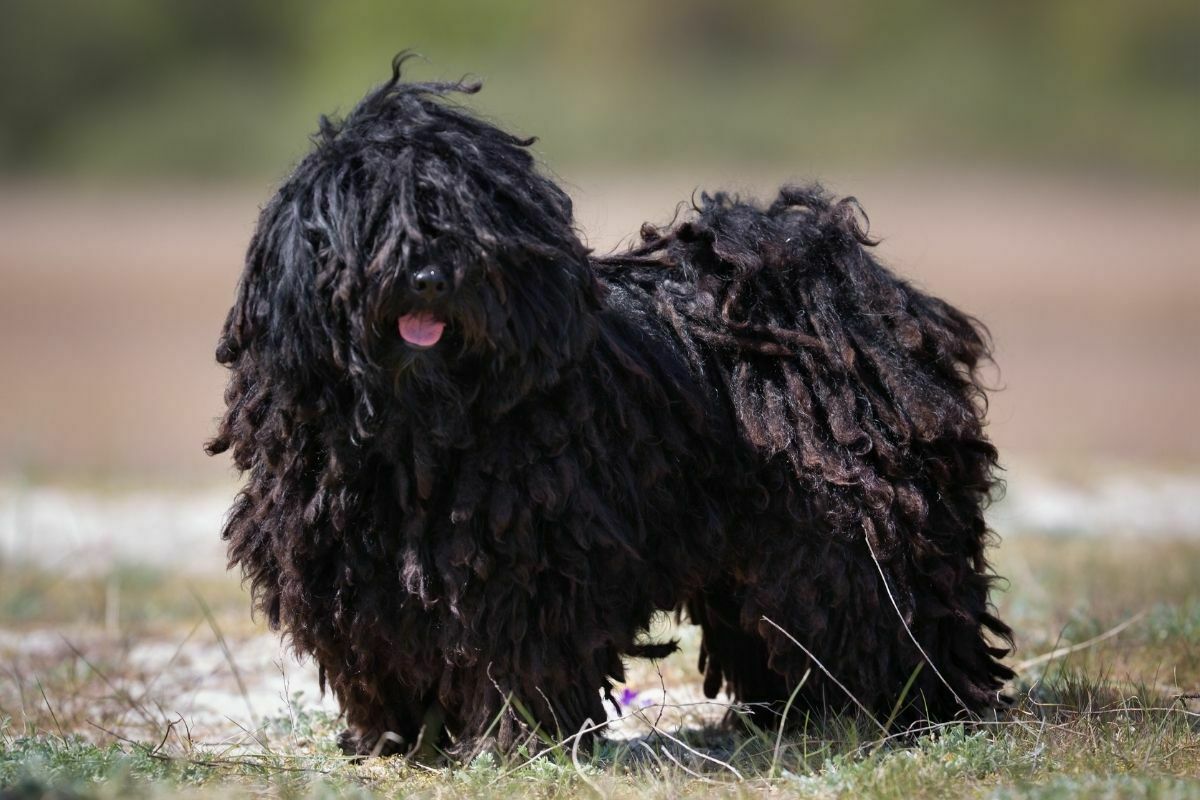 Looking like a body full of dreadlocks, the Puli is indeed in the running for one of the ugliest breeds of dogs. This is because the dreadlocks of hair tendrils are extremely difficult to maintain and groom, so they always look untidy and unkempt, even if they are not. What is more, is that they will bring in a lot of dirt from outside.

They are very active hounds and are extremely dedicated to their families. 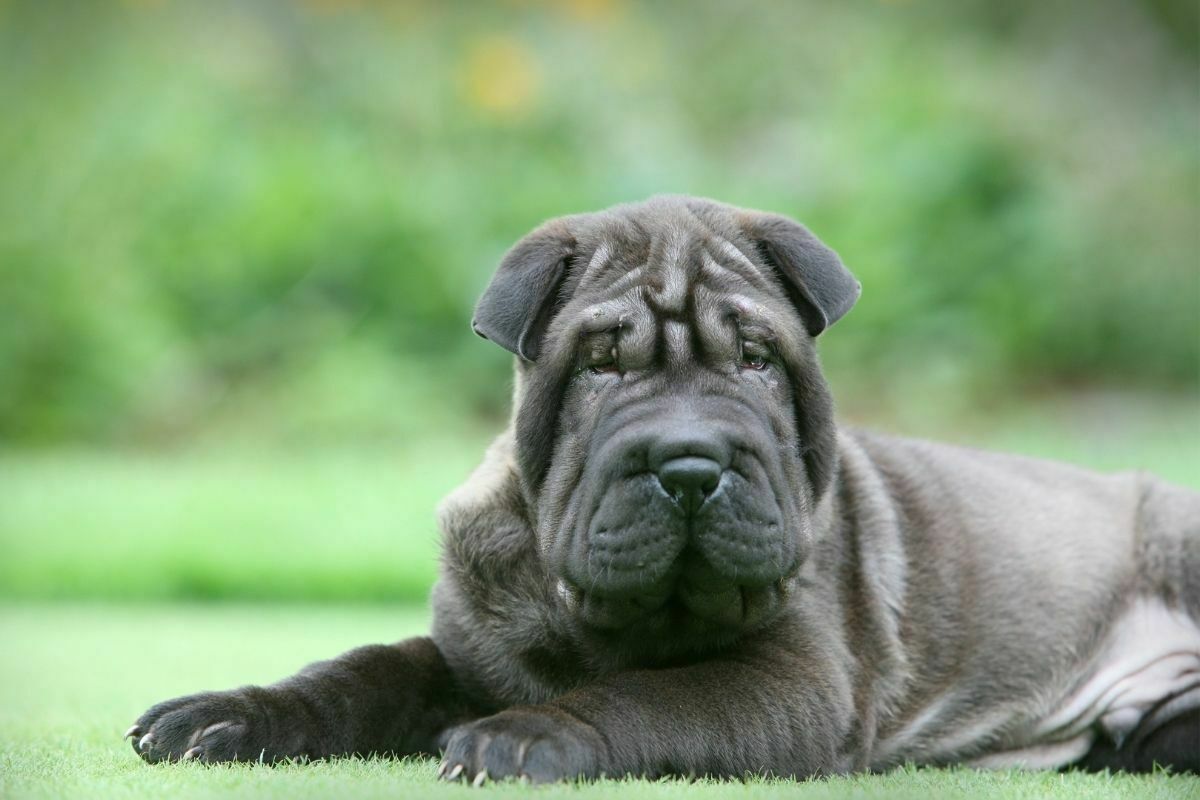 Famed for their wrinkles, they have a permanent scowl on their face which is paired with a strange-looking blue or black tongue. The excess skin is what makes this dog fall into the ugly category. However, owners who can look past their less-than-ideal looks love these dogs to bits.

Likewise, the Shar Pei dog breed is brilliant and loving towards its family. 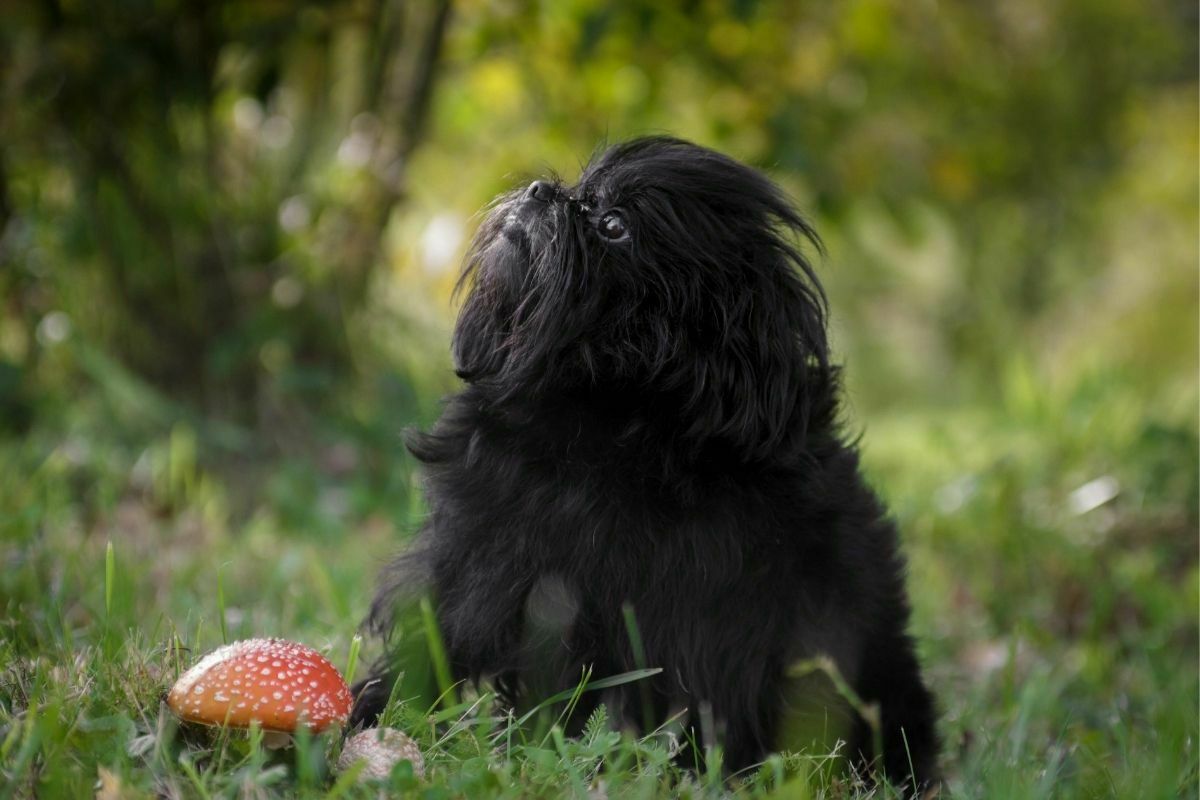 The name Affenpinscher directly translates to “Monkey-like dog” because of the dog’s resemblance to an ape. Although small and cute, it does have a strange little face and is often paired with a massive moustache (relative to its size, that is).

They also have a big attitude toward something so small and do not make for good family dogs at all unless the children are much older. 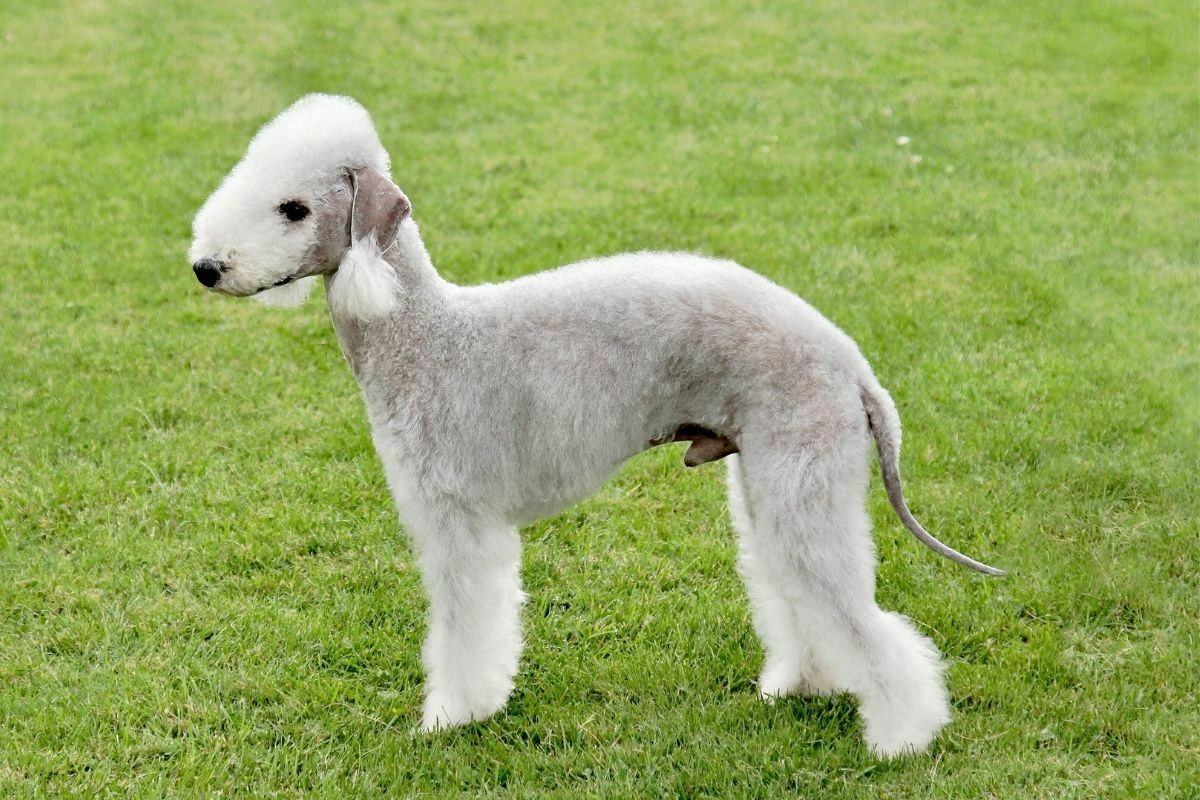 More sheep than a dog, the gangly Bedlington Terrier breed of dog is often put onto the ugly list because of its strange fur and head shape. The tufts of fur on their heads typically look like a Mohawk hairstyle, and they feature tassels on their ears, which may be attractive to some.

They are hypoallergenic dogs and have a soft nature, making for an excellent family dog. 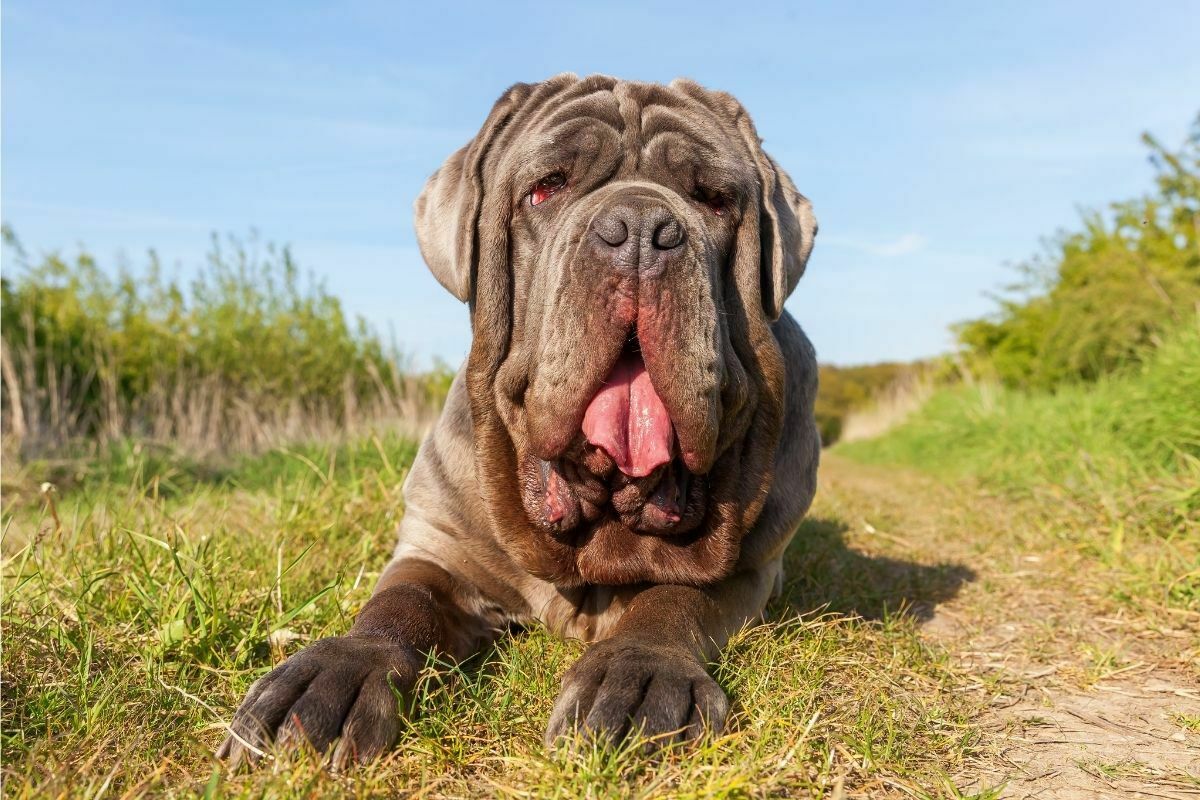 These utterly massive, wrinkly dogs are a sight to behold! They have jowls and double chins for their double chins-making them one of the ugliest of the large breed dogs. They are docile and loving pets, however (if you can afford the food bills), and make for great guard dogs when they receive the proper training. 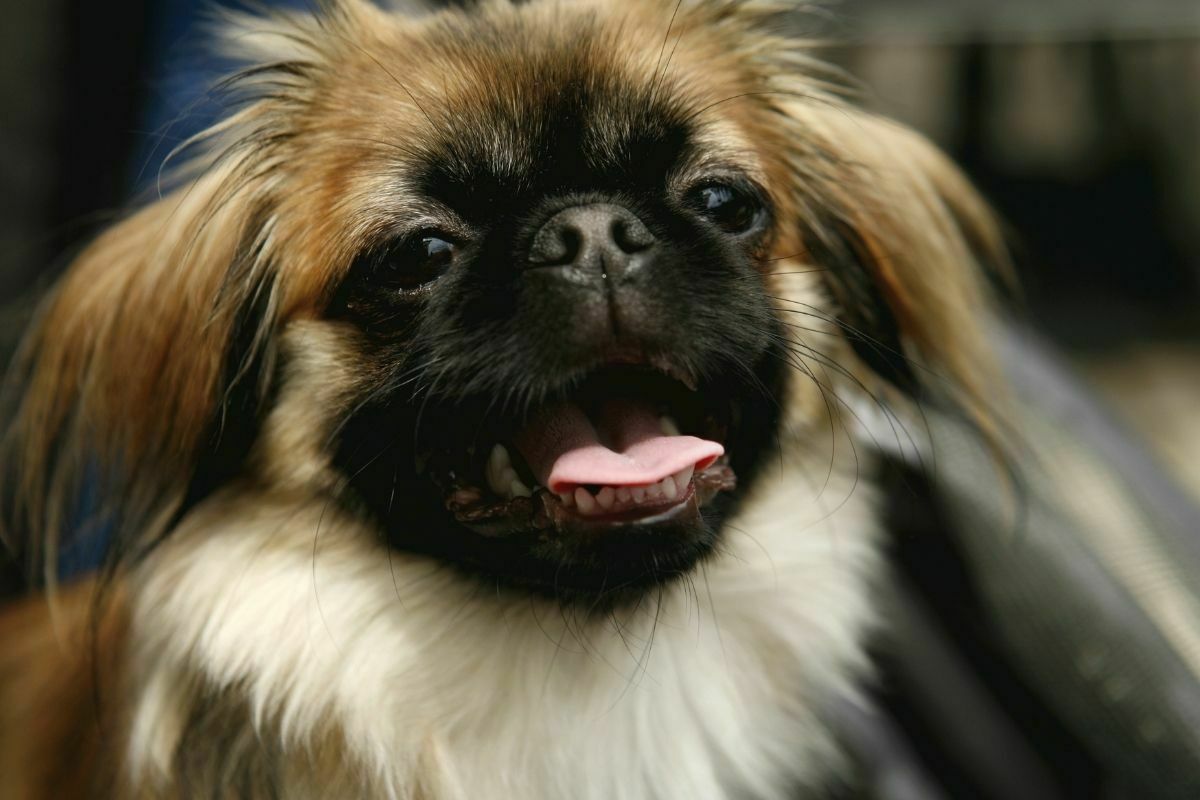 A long-haired version of a pug in many ways, the Pekingese dogs have squashed faces and often bear sad or angry expressions on their faces. They frequently have an underbite, which does not serve them well in the looks department.

Looks aside, these dogs are loyal companions and love to sit on your lap all day if you let them be. Their long hair can be an asset to their looks-however, they will need frequent grooming. 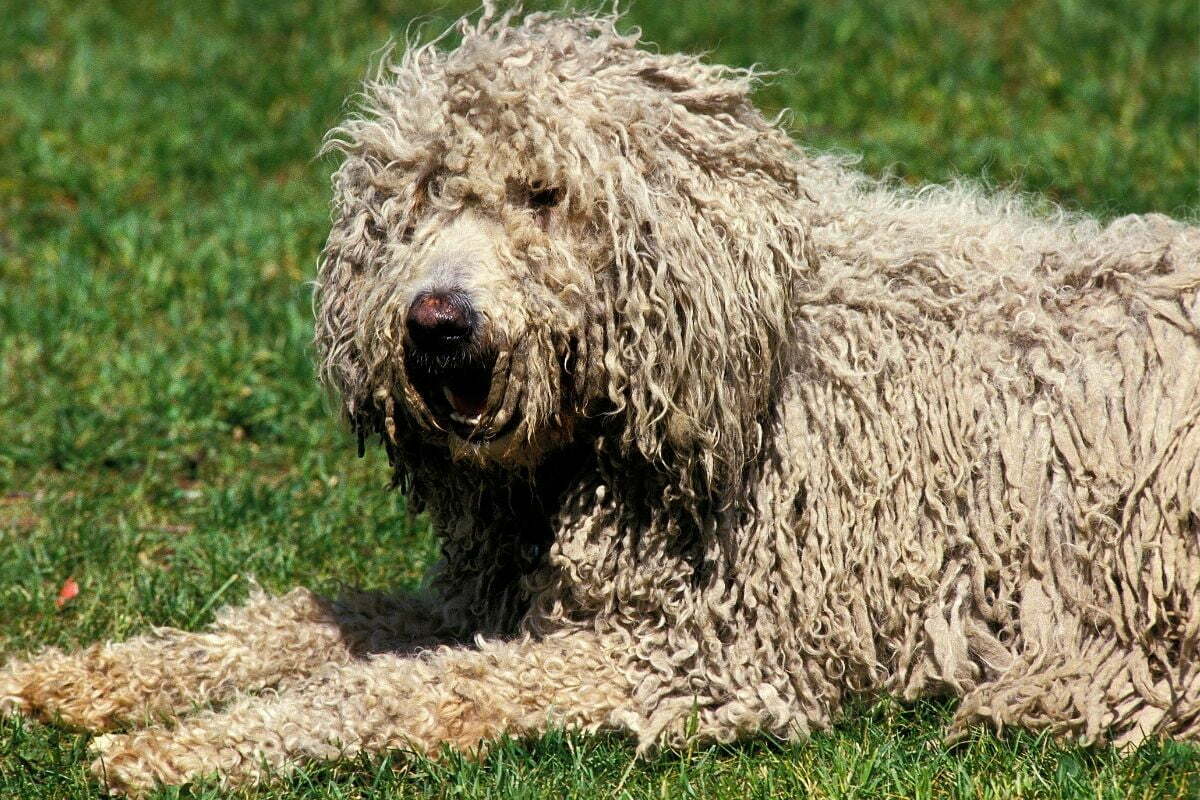 More mop than a dog, these Hungarian dogs were originally bred to guard livestock- although, with all that hair and fur covering their eyes, it is a wonder they could do their job properly!

If the mop-like quality of their fur does not put you off, you will have a vivacious and friendly dog in your presence. 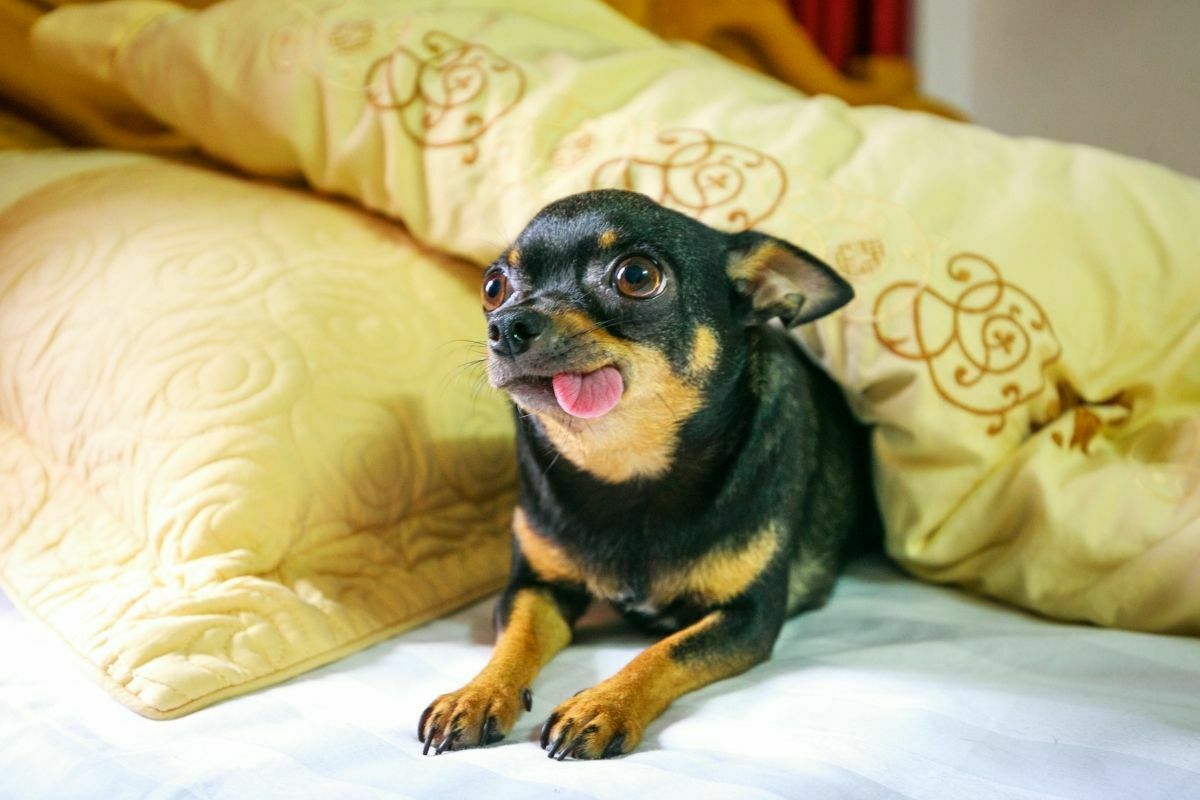 As one of the smallest dog breeds in the world, they have a distinct rodent-like quality to their exterior look. They often have eyes that seem to pop out of their head and their head often looks too large for their body. Despite their small size, they pack a punch and can be quite aggressive and yappy. 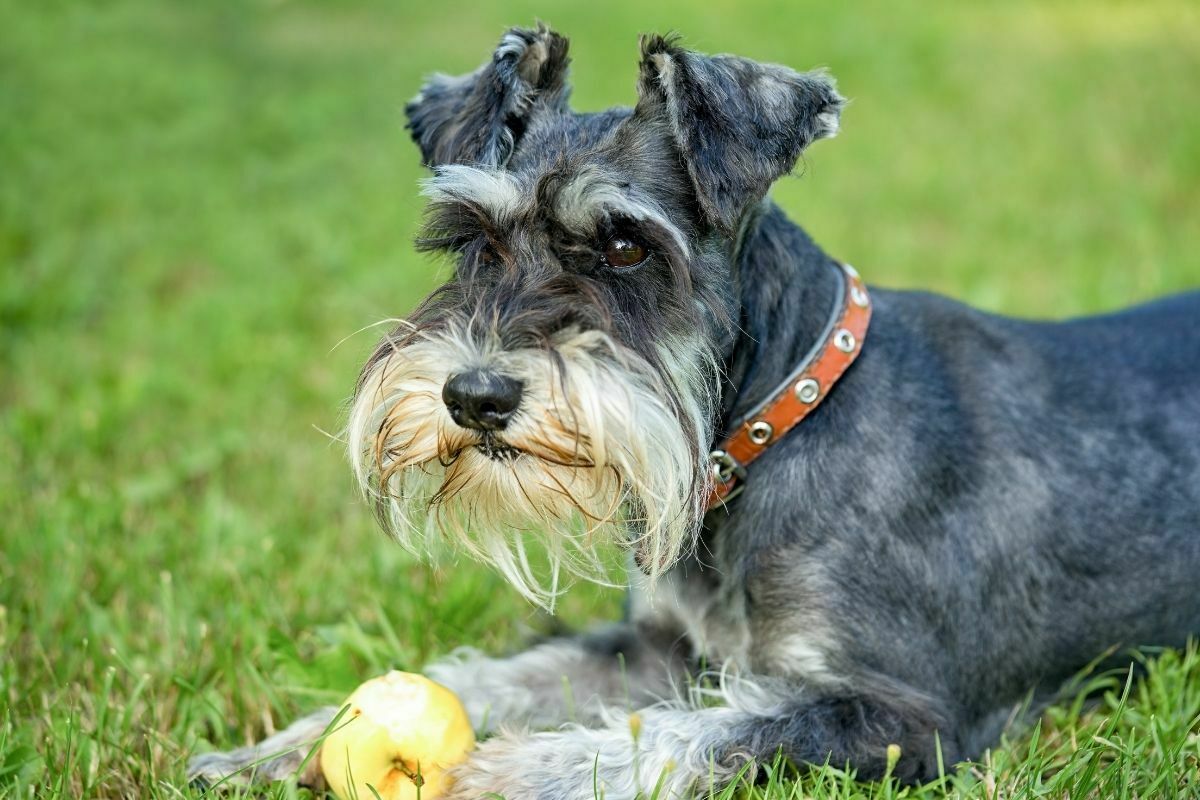 Some Miniature Schnauzers have very long fur, specifically around their eyebrows and mouths.

This beard can make them look very unkempt and ugly. They often sport an angry expression, which does not add to their looks. The fur around their mouths can become very matted and dirty if not well maintained.

However, as dogs go, they are super intelligent and affectionate and are the perfect size for almost any home, especially an active one. 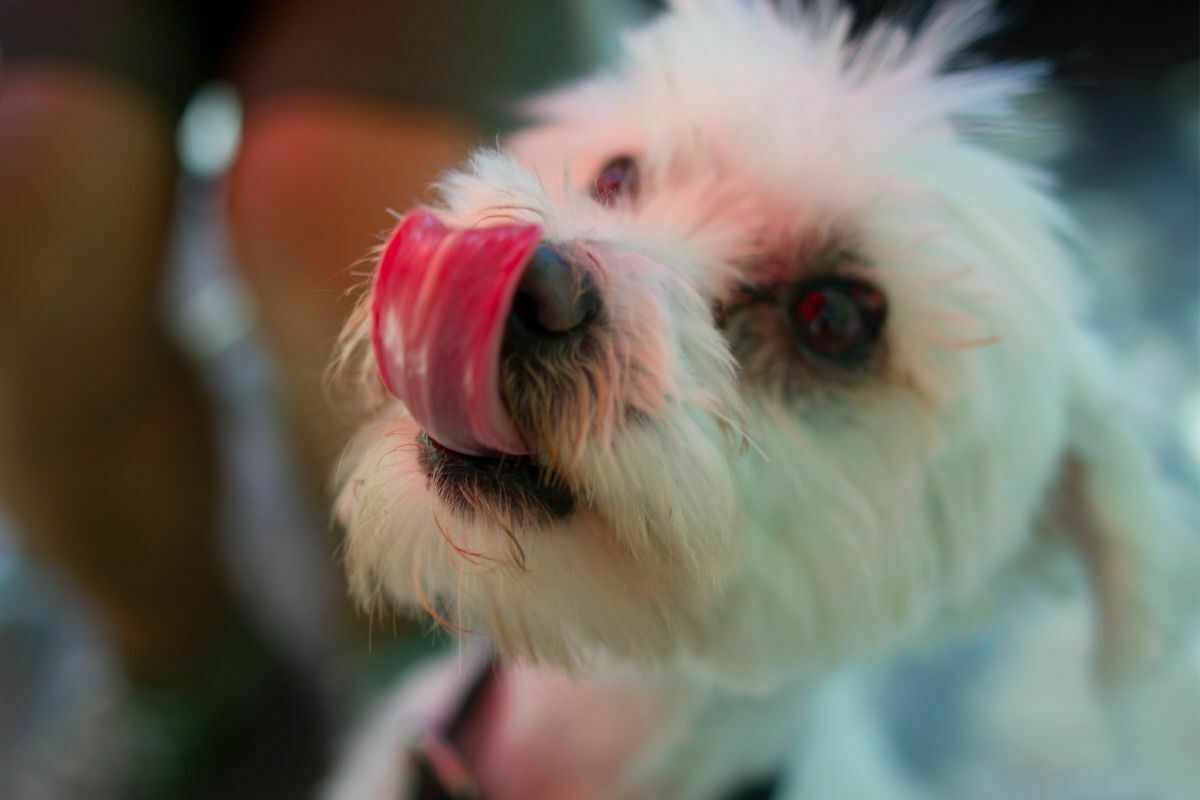 Known for their massive under bites and matted and often dirty-looking fur, Maltese poodles can sometimes be hideous. They also tend to suffer from halitosis or permanent bad breath. On the flip side, they are very loyal and affectionate dogs. 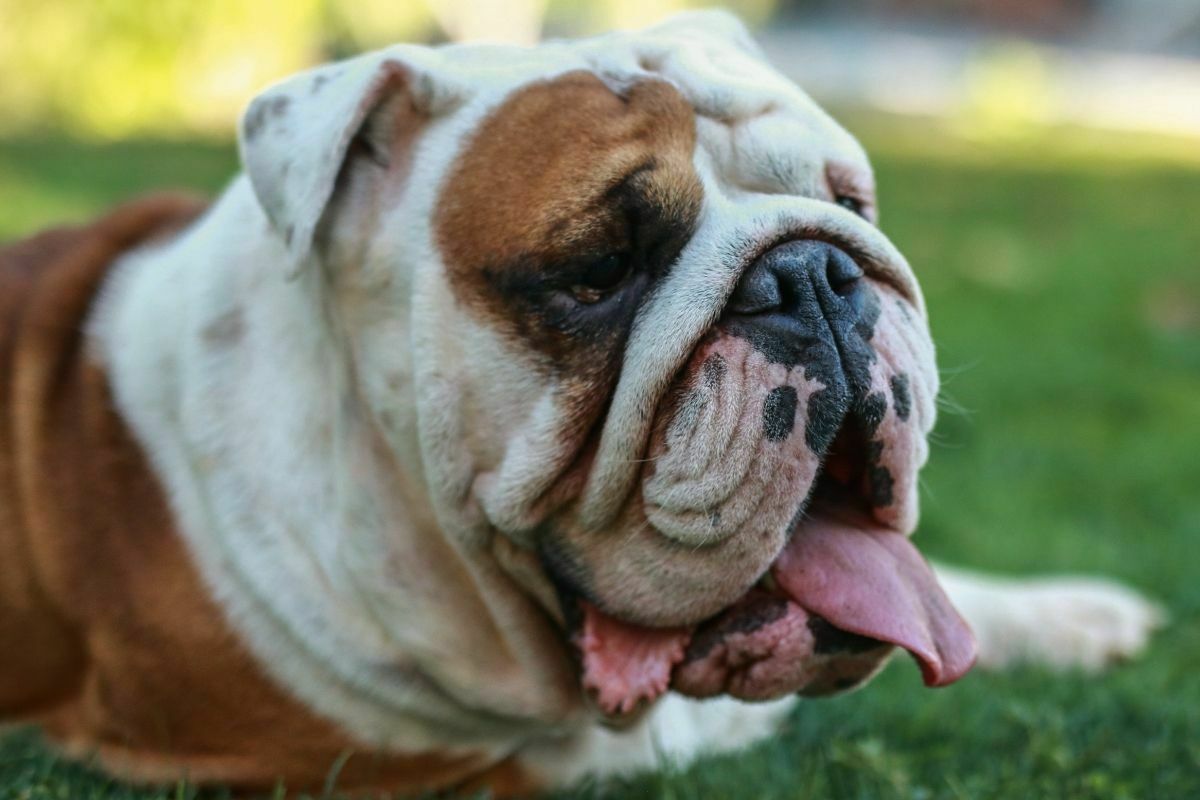 The loose jowls, their underbite, and a frowning facial expression may make you think that bulldogs are ugly. Some bulldogs have squished faces from over-breeding and may actually struggle to breathe. The jowls also store a lot of salivae, and so you will often see a bulldog slobbering all over the place. Having said that, they are incredible family dogs and are one of the most popular breeds in America. 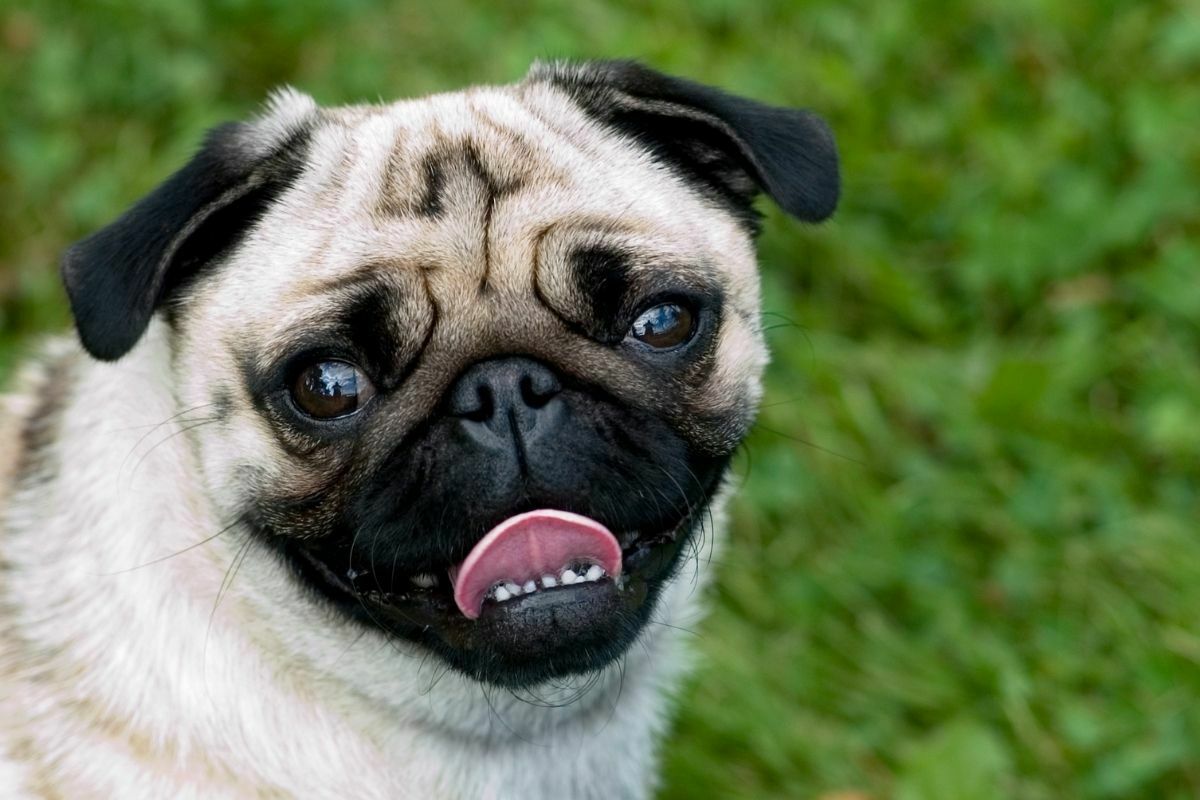 A wrinkly, squashed face, paired with eyes that pop out of its skull, the Pug is the epitome of ugly yet cute. Pugs were bred for royalty and held in such high esteem that they were often given as gifts (despite some being a bit of an eye-sore).

Pugs are lovely dogs to have in the family as they are loyal and easy going, so it is no wonder that it is one of the most popular breeds in America to adopt.

There you have it, some of the world’s ugliest dog breeds out there! Now, remember, just because a dog does not look super pretty on the outside does not mean they are not beautiful on the inside.