A lot of people love to have a Husky as part of their family. They are born-pack dogs but are also very easy to train and loveable. However, sometimes you can’t always get your hands on a husky, or they are just a little too big for your home.

As a result, we have put together a list of the 15+ dog breeds that look just like Huskies. So, if you want to add a husky look alike to your family, keep on reading!

The Alaskan Malamute is often mistaken for the Siberian Husky. They have a strong and wide build, with broad shoulders and a weatherproof yet dense coat.

The Alaskan Malamutes also look similar to wolves. However, when compared to Huskies, they shed a lot more as well. These very affectionate dogs love to play and will fit well into any family dynamic.

The Akita Inu is seen as a very loyal and brave dog that is very well-behaved around children. Although, they are known to be a bit aggressive towards other breeds of dogs.

Compared with Huskies, the Akita Inu have a much thicker coat, so they do need to be groomed a bit more frequently. You also need to be on top of your training with this breed, otherwise, they will become overprotective and possibly aggressive.

Alongside this, they enjoy a lot of exercises to prevent them from getting bored and causing destruction.

The Alaskan Klee Kai has a noticeable face mask alongside upright ears and a thick coat with a full bushy tail. You could easily mistake the Alaskan Klee Kai for a leaner Siberian Husky. This is also due to similar markings being found on the fur.

These are very hardworking and loyal dogs. They are very loving towards their owners and family. A lot of traits are common with Huskies.

Alongside this, they make great watchdogs but can be unfriendly towards strangers. Give them plenty of exercises, otherwise, they become moody.

A Samoyed is also referred to as a Bjelkier in Europe. These dogs are known for being playful and gentle. Just like Huskies, the Samoyed can be used as a working dog, who likes a lot of exercises. They are intelligent, loyal, and easily trainable.

These dogs can shed a lot of furs, so you will need to brush them more often. However, these dogs are very loveable and will become your new best friend. 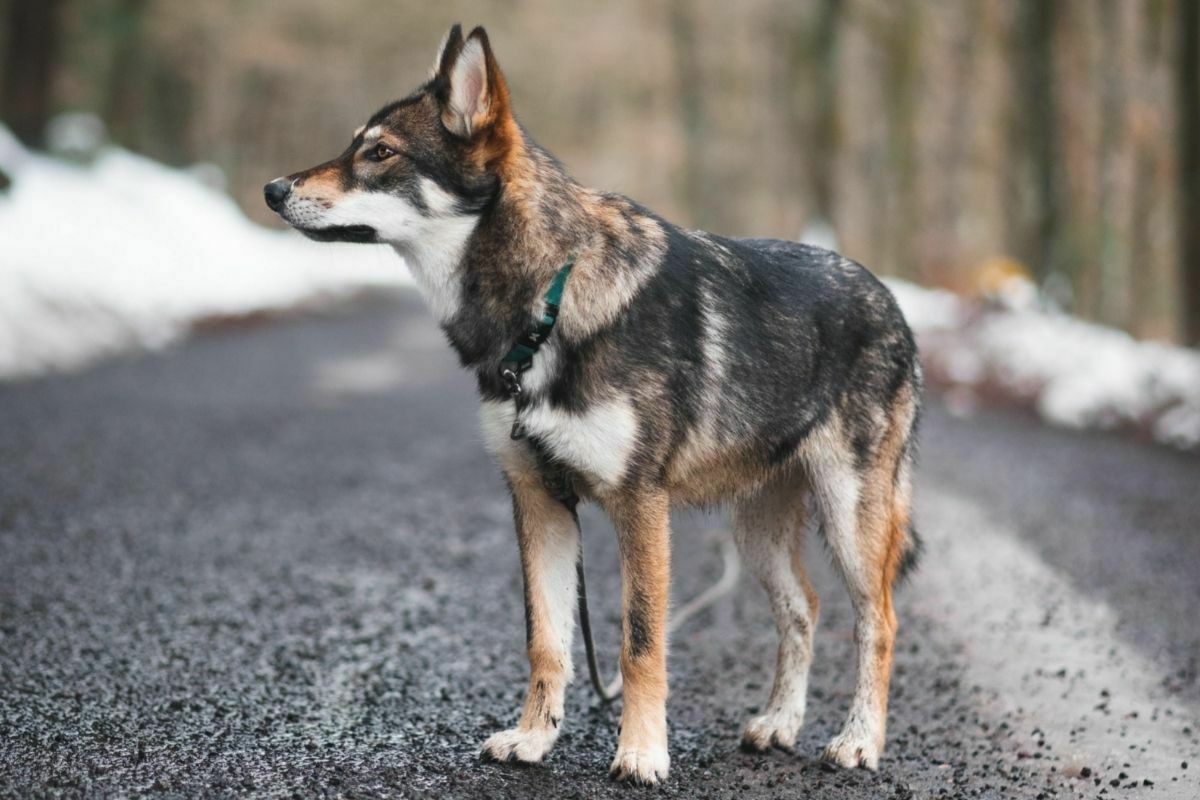 The Tamaskan dog is a hybrid of Siberian Husky, Alaskan Malamute, and German Shepherd. These dogs barely shed any fur when compared to Huskies.

Gentle and friendly with children and get along with other breeds of dogs really well. Overall, this is the ideal dog for a family. They are very smart and do well with obedience and agility training.

However, these dogs can easily get bored and become destructive, so you need to make sure you give them plenty of exercises.

It is regularly seen that these dogs are used as assistance or therapy dogs. However, due to the heightened sense of smell and endurance skills, they make the perfect rescue dogs as well. 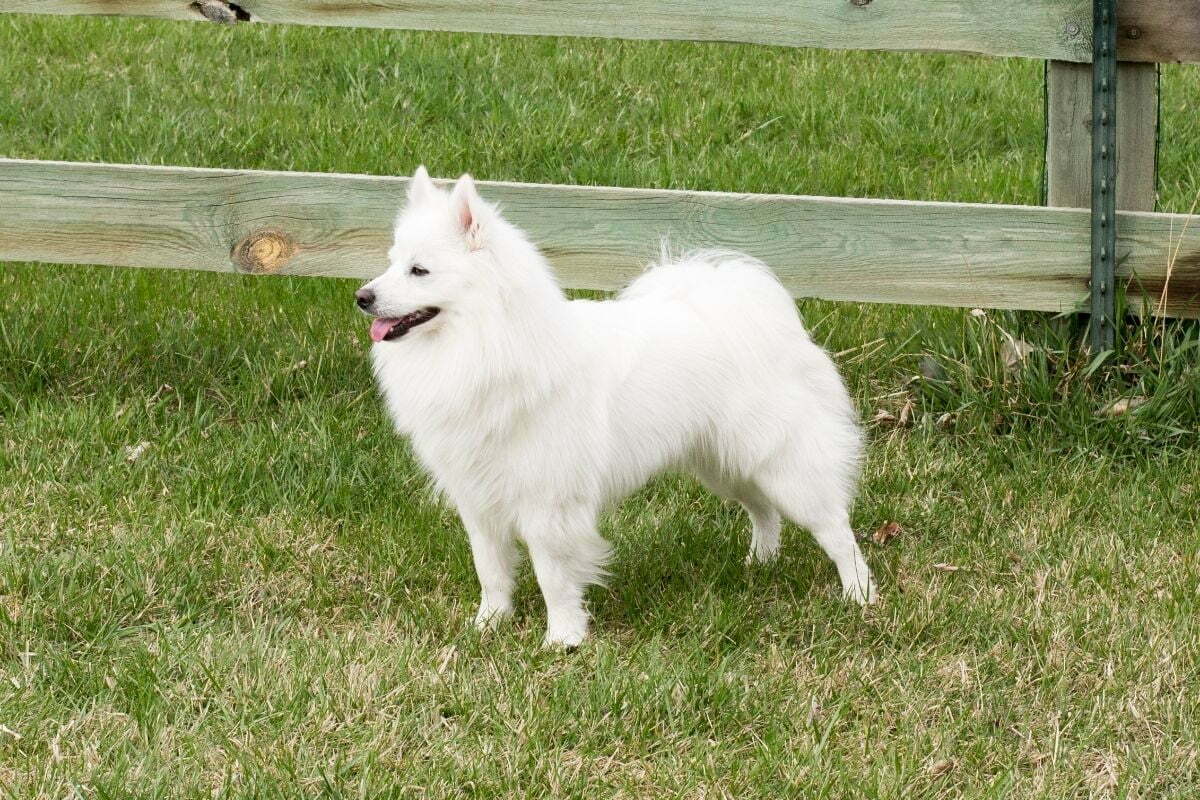 The American Eskimo Dog is like a Husky, but a lot of fluffier versions. Basically a giant walking teddy bear. This breed can look similar to the Samoyeds due to their distinctive white coat.

However, this breed of dog has much longer and thicker hair. They are easy to train due to being very obedient. Although they do need daily exercise otherwise they can become overly hyper which can turn aggressive or destructive.

You will find that there are three different types of American Eskimo which are: Miniature, Toy, and Standard.

Finnish Spitz is thought of as one of the friendliest dogs, which has a distinct likeness to the Siberian Husky.

They are thought of as a talkative breed. This is because they love to bark, which actually makes them a great alert dog for your home.

These are much smaller dogs than Huskies, and their orange-red-colored fur seems to glow when it is under direct sunlight. They could be mistaken for a fox due to their coloring and their erect ears.

This breed of dog is very easy to train. However, they like a lot of exercises as they were bred for hunting. Alongside that, they are great with small children or animals, as their instincts tell them to go after and hunt them. Something to be aware of. 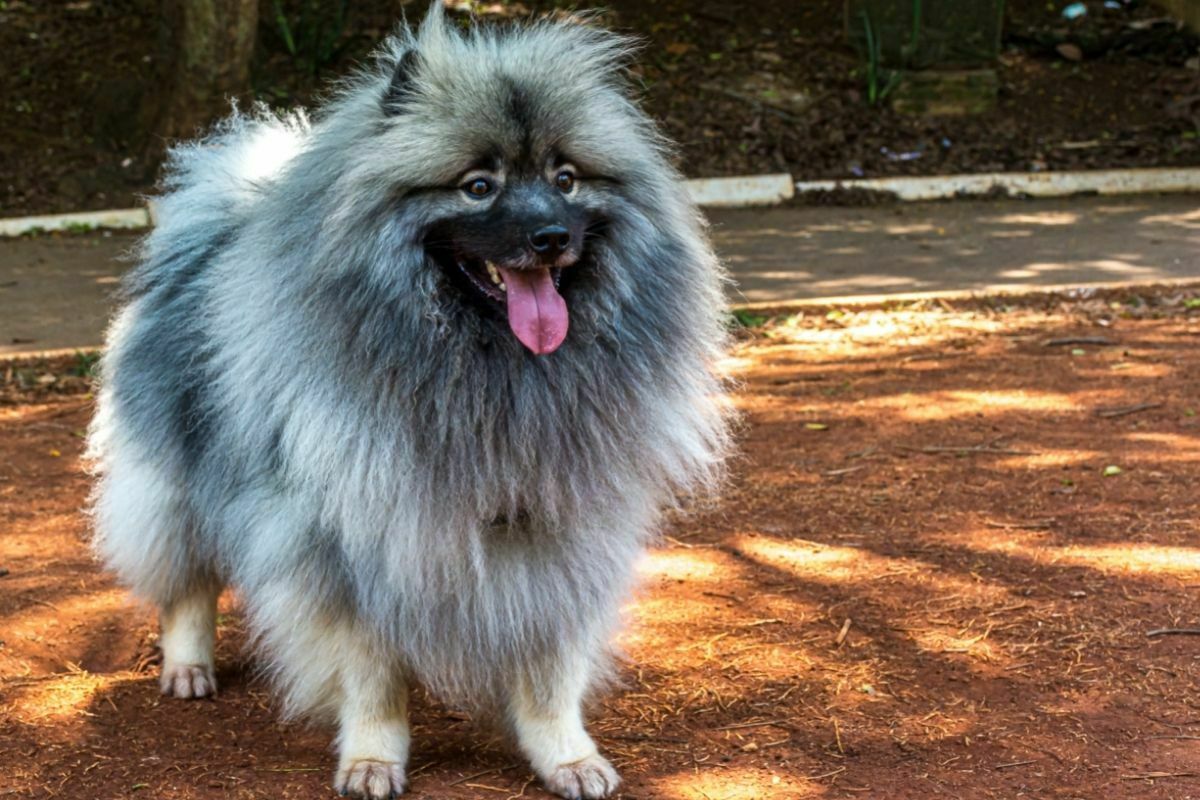 The Keeshond is known for their triangle upright ears and fluffy coat. This breed is related to Samoyeds and Pomeranians, which explains the similarities in their appearances.

Their thick coat needs to be brushed once a week to keep it looking healthy. These dogs are very loyal to their owners and like to spend as much time as possible with them. Also, these dogs can adapt to changes well if you move around a lot. 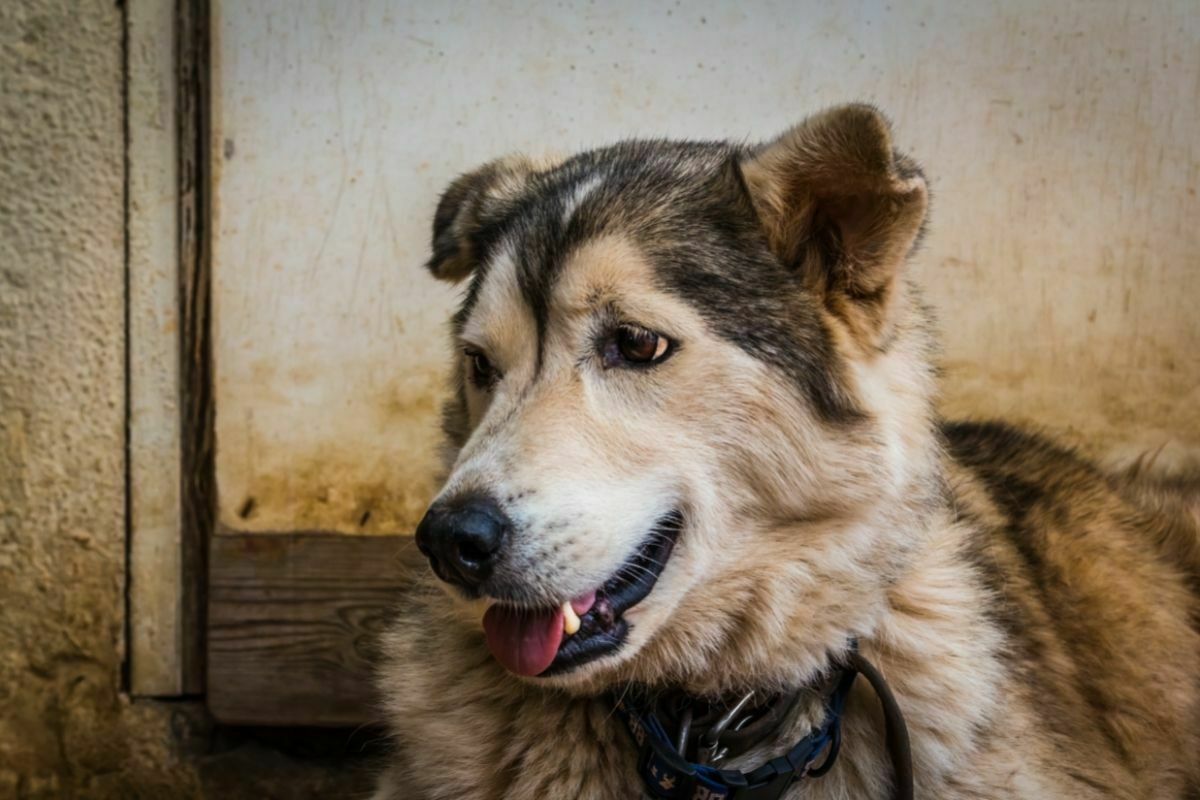 Utonagan Dogs not only look like a Husky but also look quite like a wolf as well. This is because they are a cross between Alaskan Malamute, Siberian Husky, and German Shepherd.

Due to being a crossbreed, their coat is an array of black, white, tan, and brown colors. They may look like tough dogs, they actually have very sweet, gentle and friendly personalities.

They do need firm discipline while training, but these dogs are known to be aggressive. However, like Huskies, they require exercise.

The Swedish Vallhund has gained popularity in recent years due to its similar appearance to the looking like a miniature version of a Siberian Husky.

They are known for their fox-like face, thick fur, and erect ears. However, they have a much longer body than a Husky. Their build is quite similar to a Corgi, and they love to play.

This breed only wants to please their owners, but while training they require a lot of positive reinforcement However, they are very easy to train.

The Saarloos Wolfdog is a close match appearance-wise to the Husky. They have a muscular body, with a broad neck and large pointed ears.

They have short fur with a dense undercoat. The colors of this dog range from brown, white, and gray, similar to Huskies. A very active dog that has lots of energy to use up.

However, these dogs are very loyal to their owners and eager to please them. As a result, they can be quite protective but do well with training.

The Northern Inuit is a popular choice for any Games of Throne fan, who wants a dog that the Stark children had. This is a popular and loved dog breed all over the world.

These are very intelligent dogs, which love to be active. If they don’t get enough exercise, then they could become destructive in your home. They have wolf-like facial features, with a white, black, or gray coat. 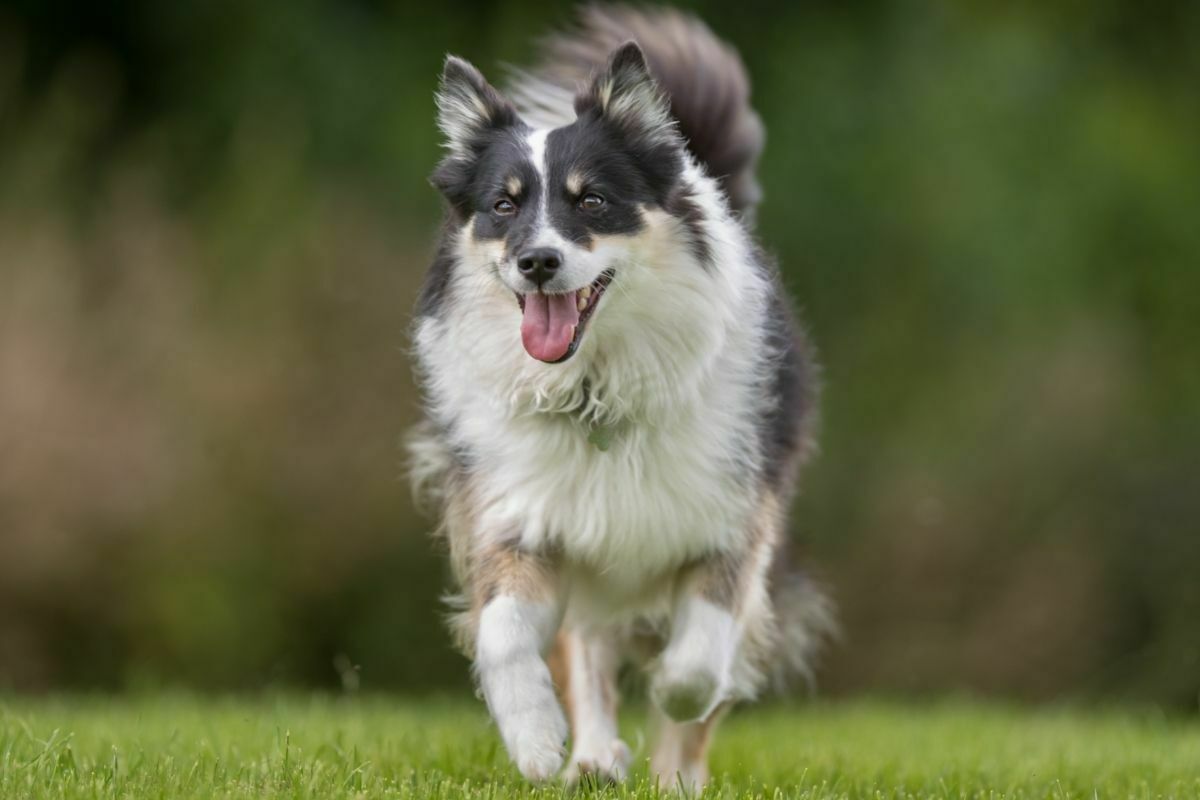 An Icelandic Sheepdog is a very social breed of dog. They could be mistaken for a fox sometimes due to their erect ears and tan coloring. However, their fluffy coat and curled tail are what give them their Husky appearance as well.

Just like Huskies, these are very intelligent dogs, who can be trained easily. They love their owners and will obey every direction they are given. However, they can be occasionally stubborn, so you need to be strong when training these dogs.

Although, compared to Huskies, these dogs don’t need a lot of exercises, and like being inside. However, due to their double coat, you will need to groom them much more than you would a Husky. 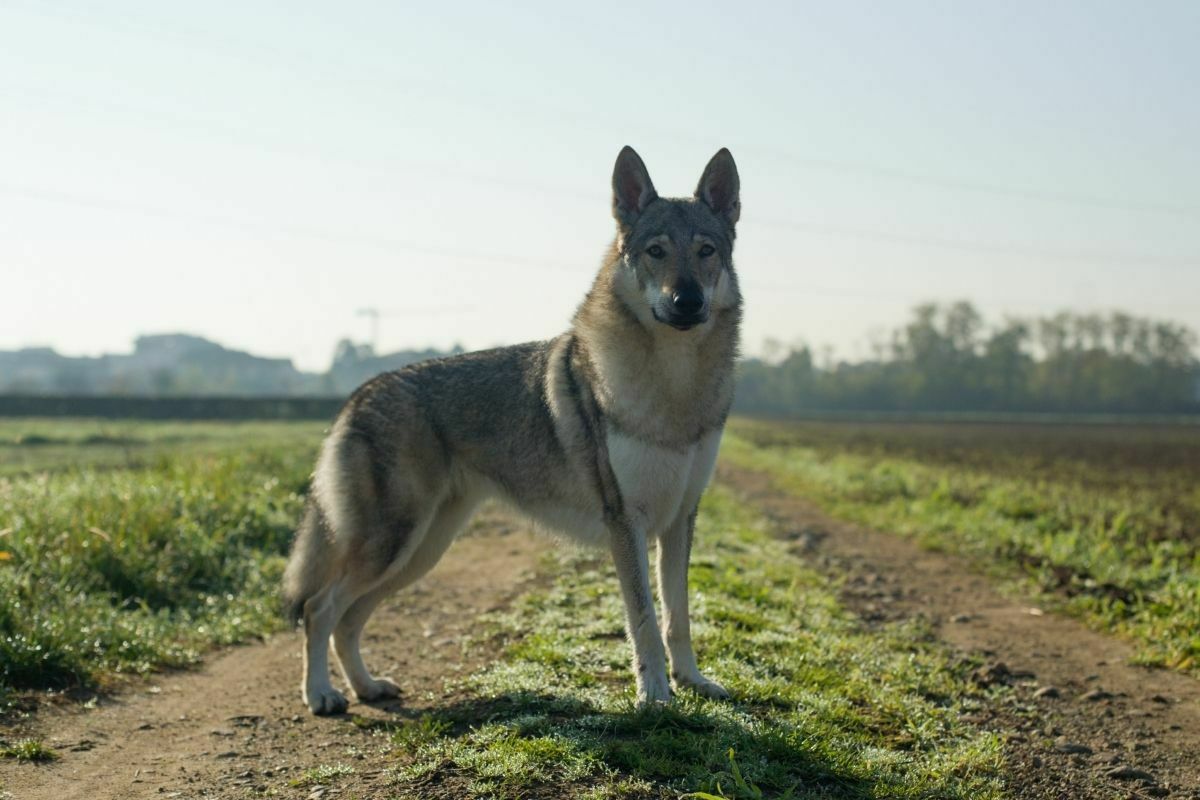 Czechoslovakian Vlcak Dogs are a common working dog for the police or the fire department. When you look at this dog, you may not immediately think of this breed when thinking of Huskies.

Their coloring is quite similar to Huskies, as their coat can be either gray, brown, or black. With upright wars and almond-shaped eyes. As these dogs are used in such important jobs, they are easily trained and highly intelligent.

However, they aren’t recommended for anyone who has children or first-time dog owners. 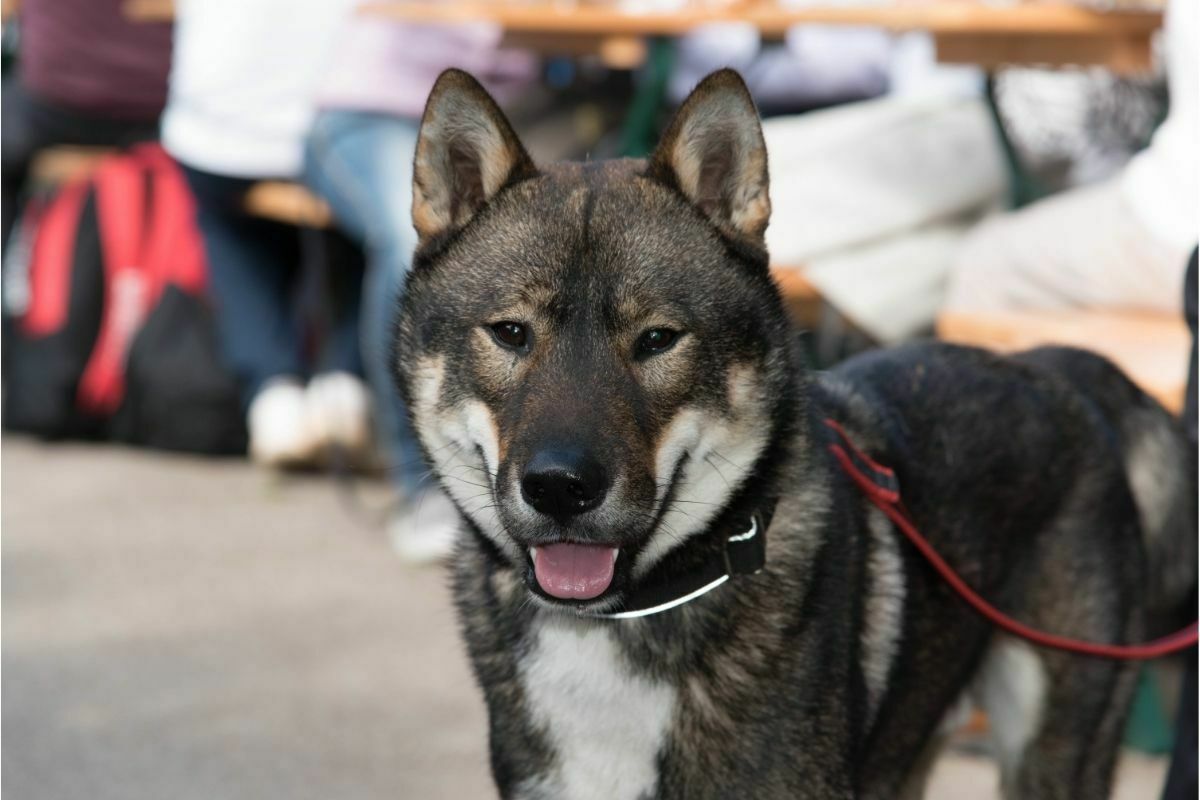 Shikoku Dog can also be referred to as Kochi-ken. This was originally a hunting dog that could be found in the mountains of Kochi. It is quite a common mistake to think that the Shikoku Dog is a Siberian Husky.

This is because they share a similar build. However, some people think their build is more similar to a Spitz.

They can come in a range of colors from black, brown, cream, and white. A very affectionate and loving breed who are loyal to its owner.

However, they can become aggressive to other dogs if they are given early socialization. Also, like Huskies, this breed needs a lot of exercise to make sure they don’t become destructive in the home as a result of being bored.

Huskies are a very loveable and sought-after breed. However, it is not also possible to have a Husky for a range of reasons.

As a result, we have given you a list of breeds that look like a Husky, and that will be able to fulfill your Husky needs if you can’t actually have a proper Husky.