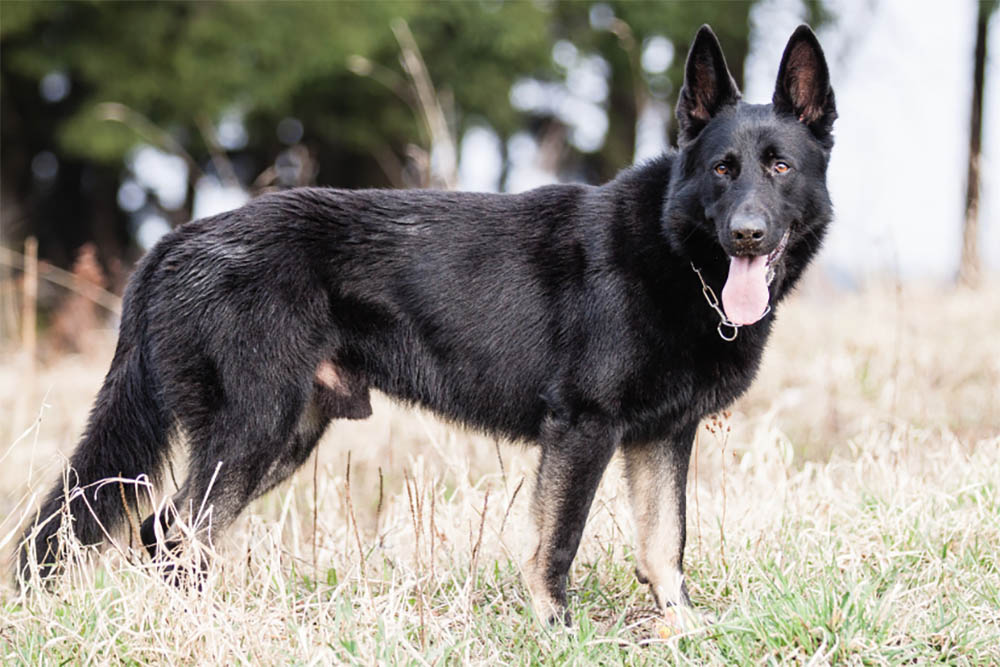 German Shepherds are beautiful, loving, and loyal dogs that are really popular, but there are some colors that are rarer than others.

You have probably commonly seen a German Shepherd that is a variety of different shades of brown, but you might not have known that there are also those with black or blue fur.

If you are looking to get your hands on a black German Shepherd, you are going to need to find out how you can do this, given the fact that they are so rare.

However, there are specific ways to go about it if this is the dog that you want.

The rarer the color, the more expensive the dog is likely to be, and we are going to look at how rare this color actually is in this article.

We are also going to tell you how to get a black German Shepherd, and how to ensure that you are purchasing from a reputable breeder.

How Rare Are Black German Shepherds?

Every single black German Shepherd puppy will be born either black, gray, or white.

The color  will gradually change over the first few weeks of their life, and the black color will start to settle at around 8 to 10 weeks.

Only around 6.8% of German Shepherd puppies will go on to be black, and this is including those that are intentionally bred.

The only things that are different about these dogs is that they are a solid black color, they can be a bit larger than the normal German Shepherd, they may have a straighter back, and their coat can sometimes be longer.

The coat of these dogs can sometimes be described as being like a flowing mane around the rear of the neck, skirting on either side of the body between the front and back legs, and feathering on the ears, backs of the legs, and underneath the tail.

A German Shepherd that is not black will actually be able to produce black puppies as long as they carry the recessive solid black gene.

However, it is known that both of the parents will need to have this recessive gene for a black puppy to appear in the litter.

You can actually expect to pay more than double the price of a standard German Shepherd for one that is completely solid black.

How Can I Get a Black German Shepherd? 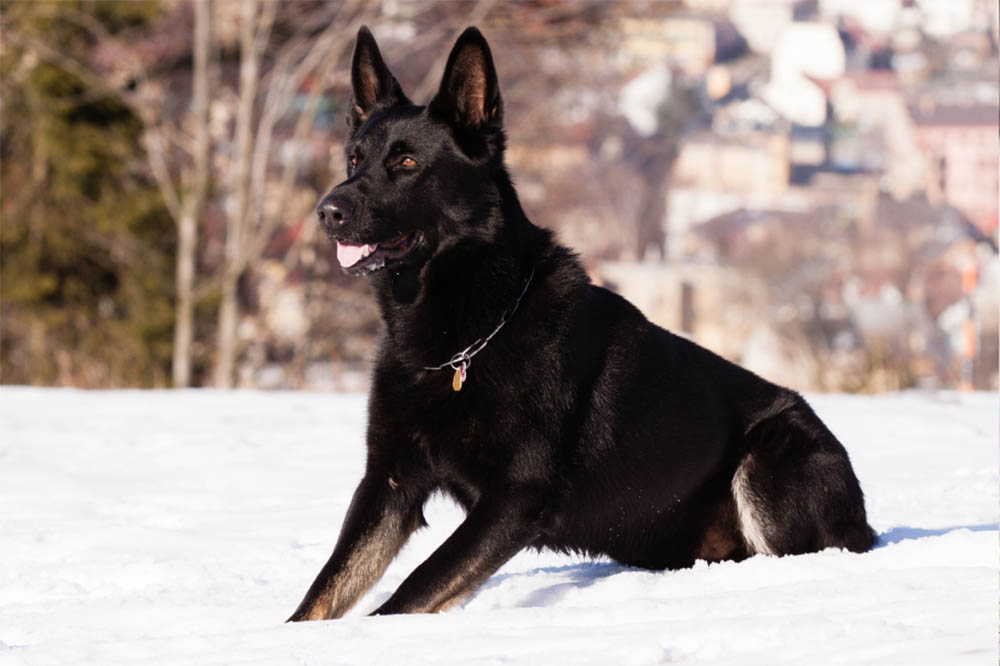 When you are buying any dog, making sure that you go to the right breeder is essential.

You can find a reputable breeder by asking for referrals from your vet or by contacting local breed clubs. You can also search for breeders online.

You should know that a responsible breeder will always meet you in person first and ask lots of questions to find out if the puppy is a suitable match for you.

When you meet them, they should be happy to show where the puppy was raised and they should also allow you to meet the puppies of the parents.

Unfortunately, there are some breeders that are not genuine and that are only in it for the money, which means that they likely are not concerned about the health and quality of the puppies.

This is always something that you should be mindful of.

What is the Rarest German Shepherd Color?

The blue German Shepherd is the rarest variation of this breed of dog, and they can even cost up to more than 5 times the cost of a standard German Shepherd.

Something that you might not have known about this color is that it has been declared to be a serious fault, which is the reason why blue German Shepherds are not allowed to compete in shows, even though they are recognized by the American Kennel Club.

The blue pigment occurs due to a recessive gene that means that both of the parents need to carry the gene in order for this to occur.

Blue German Shepherds will usually have blue eyes, and their coat can come in three different variations, which are blue and tan, sable and blue, or blue and black.

How Can You Tell If a German Shepherd is Purebred?

To check if your German Shepherd is purebred, you should always check them against the breed standard, and while not every German Shepherd will meet this standard exactly, this doesn’t mean that they are not a purebred dog.

However, if they are a long way away from the breed standard, your dog probably isn’t a purebred.

The American Kennel Club states that a German Shepherd should have:

German Shepherds can come in many different varieties, but these are the factors that you should take into consideration when checking if your dog is a purebred.

You should also know that white German Shepherds do not meet the breed standards.

You can also check if your dog is a purebred through the use of canine DNA testing.

You can order a kit from a reputable company, use it to take a cheek swab from your dog’s mouth, and send it back to the company. If your dog is a purebred, the results will be definitive.

However, if they are a mixed breed, you will be able to find out what  percentage of her DNA comes from German shepherd ancestry.