Crying is a universal human behavior. One that is associated with strong emotions such as sadness, happiness, and stress. 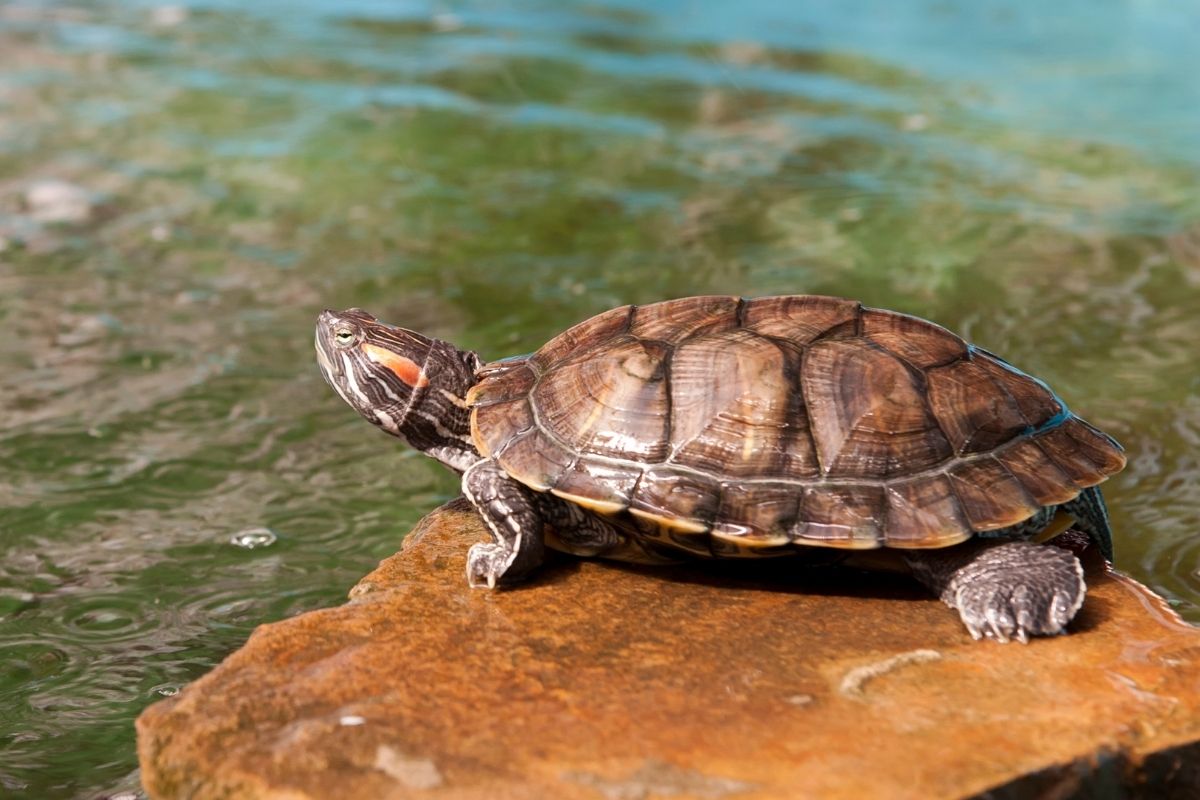 And while tears are a normal part of human life, this does not mean that the same can be said of the various animals who share our planet.

In fact, there are some species that are incapable of crying due to a lack of tear ducts.

So why do turtles cry? Why do they shed tears when they experience pain or distress? This question has been pondered by scientists for years and the answer lies in their evolutionary history.

Turtles use tears to maintain the salt content in their bodies, which helps them to regulate their body temperature and prevent dehydration.

The tears also help to keep their eyes moist so that they can see better.

In this article, we have compiled some interesting information concerning turtles and their ability to cry. So let’s take a look at the factors that contribute to this behavior.

Why Do Turtles Cry?

While it may be hard to believe, turtles do not cry when they are hurt or emotional. Instead, their tears stem from a fundamental flaw in their design.

Most sea turtles spend their days swimming in the ocean, which means they consume a large amount of saltwater during this time.

Because of this, the salt begins to accumulate in their bodies, which can be dangerous for their health.

Unlike humans, turtles do not have efficient kidneys, which means they are unable to excrete salt through their urine.

Instead, the work is done by hidden glands in their eyes, which allow the turtles to shed tears and maintain the salt content in their bodies.

So how does this apply to land turtles? Well, these reptiles live on land most of the time, meaning they don’t need to swim around in salty water like their cousins in the ocean.

However, they still require moisture in order to survive, which is just one of the main reasons why they cry.

Why Do Turtles Cry On Land?

Land turtles spend most of their lives on land, which means they are not exposed to the ocean like their cousins.

Because of this, the salt content in their bodies is less than that of their marine counterparts, who spend their entire lives in the sea.

However, this does not mean that land turtles are unable to cry, as the reptiles can still produce tears in certain environments.

Because land turtles live on land, they are often exposed to a variety of different environments and harsh conditions. For example, they can find themselves in deserts, wastelands, and swamps.

In dry climates, land turtles need tears to keep their eyes moist, as this allows them to see and protects their eyes from particles in the air.

When it comes to wetter climates, land turtles must shed tears to protect their eyes from the rain.

Raindrops contain a high concentration of salt, which can irritate the turtle’s eyes if left untreated.

As such, the reptiles will shed tears to wash away any excess salt and keep their eyes protected.

Why Do Turtles Cry At Sea?

Sea turtles spend most of their lives at sea, which means their bodies have adapted to the saline in their environments. Because of this, sea turtles are able to drink saltwater to stay hydrated. 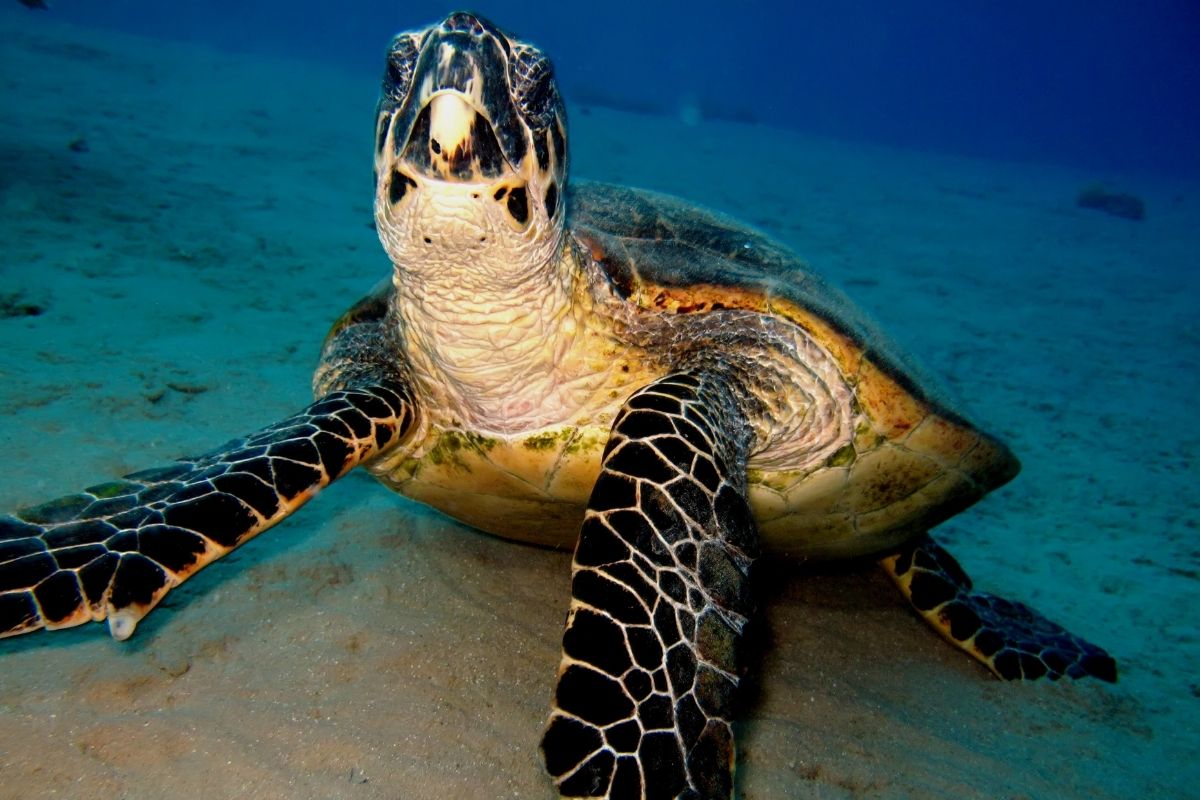 These glands are located in the corner of each eye and work to break down the salt into smaller molecules so that it can be eliminated.

Sea turtles use these glands continuously throughout the day, as they have to maintain the salt content in their bodies.

Now that you understand why sea turtles cry, you are probably wondering if they cry for other reasons.

The answer is yes! While we know that the primary purpose of crying is to remove salt from the turtle’s body, there are many other reasons why sea turtles cry.

However, these reasons are rarely associated with pain or emotion. For instance, sea turtles may cry when they feel threatened or stressed out.

They also cry when they want to attract mates, as well as when they’re trying to communicate with other members of their species.

Do Turtles Cry When Laying Eggs?

While some people believe that sea turtles only cry while laying eggs, this is actually incorrect.

It has been found that sea turtles do indeed cry during egg-laying, but this behavior is not caused by pain or emotional distress.

Instead, the turtle uses the tears to keep its eyes clean during birth, which also helps to maintain the salt content in its body.

It has long been believed that sea turtles do not feel pain, as they lack the ability to experience emotions.

However, recent studies have shown that sea turtles are capable of feeling pain just like humans and other animals. 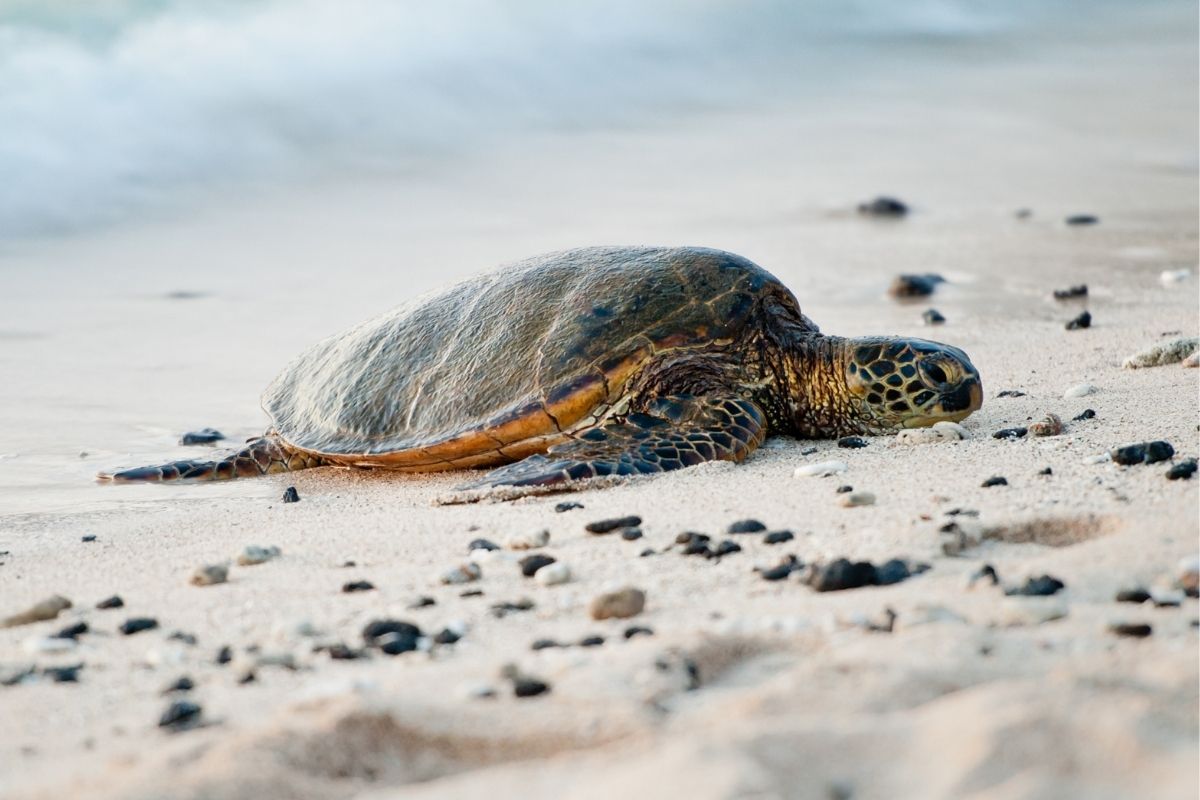 This discovery was made after scientists discovered that certain chemicals called enkephalins were released from the turtle’s brain when they experienced pain.

These chemicals then triggered the release of endorphin hormones, which are similar to morphine.

As such, it appears that sea turtles are more than capable of experiencing emotions and pain.

However, this does not mean that their tears are a sign of emotional distress. In most cases, sea turtles use their tears to clean their eyes and regulate the salt content in their system.

When sea turtles are killed for their meat, they will often shed tears as they are ripped apart. However, it remains unclear whether this is a reaction to the pain or simply a side effect of the process.

Regardless, the slaughtering of sea turtles is greatly frowned upon, as the species has come under threat from climate change and pollution.

Can Turtles Feel Through Their Shells?

Sea turtles are known for being extremely hardy creatures. As such, they are able to survive in extreme temperatures, high pressures, and even the vacuum of space.

One thing that makes them so resilient is their thick shell.

This shell protects them from predators and provides them with protection against harsh weather conditions. However, it turns out that sea turtles are also able to feel through their shells.

Scientists discovered that turtles are connected to their shells by their spinal cords, which means there are nerve endings around the surface of the shells.

In fact, it has been determined that sea turtles can sense vibrations on their shells, as well as temperature changes.

This allows them to detect objects moving near their shells, as well as the temperature of nearby water.

So when you place your hand on a turtle’s shell, they are able to feel it. This means that they can also experience pain should the shell be broken or punctured.

Sea turtles are an amazing species of animal, and they deserve our respect.

As such, it is important that we learn about them and how they live. If you’ve ever wondered why sea turtles cry, now you know the scientific reason behind their tears.