When it comes to animals and breeding, a lot of people (surprisingly) often assume that it’s the same for all – that every animal has a similar sexual anatomy to humans that they undergo the same process but that is not true.

Sexual anatomy varies from creature to creature and while there are some animals that care very alike humans when it comes to breeding, others are completely different. 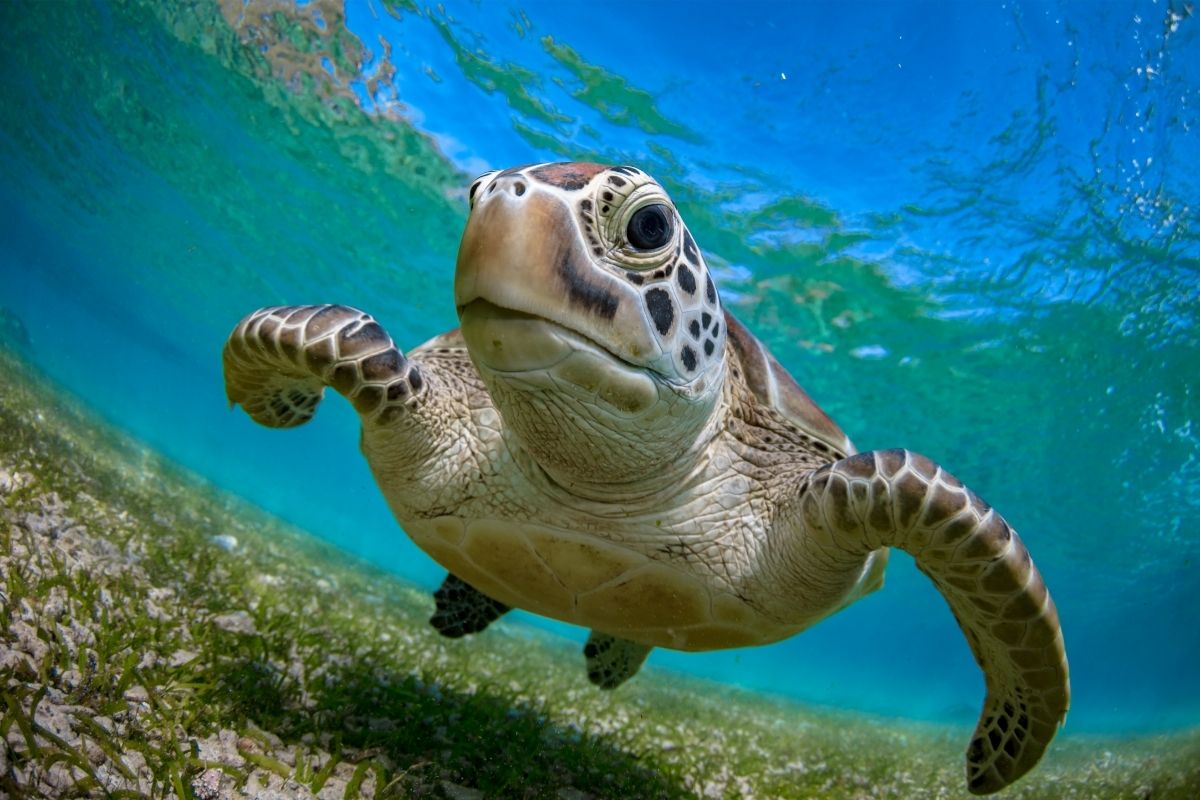 So, here we are going to discuss turtles and breeding because many people have questions about turtles and their young.

How do turtles feed their young when the mothers have a hard shell? Do turtles even lactate or have nipples at all?

If you want to find out more concerning breeding turtles and how turtles care for their young, then keep on reading because we are about to cover these topics in detail!

Do Turtles Have Nipples?

This is a relatively common question and some people are often surprised at the answer – no, turtles do not have nipples.

This is because, unlike us humans, turtles are not lactating animals. This means that they do not feed their young milk.

Mammals are a group of animals that produce milk from special glands known as mammary glands. They have nipples that connect to these glands and act as a ventral opening for the milk to flow through.

Mammals feed their young through breastfeeding, where their young will latch onto the nipple and suck the milk from the mammary gland.

This process and presence of mammary glands are what defines the group as mammals and every animal in this category, from lions to dogs to us humans, follow this rule.

When the female is pregnant, she begins to produce her own milk and the area around her nipples swell (we call this area the breast on humans, but not all mammals have ‘breasts’).

Once the young are born, the female can then feed her young the milk she has produced through breastfeeding.

There are only two exceptions to this rule in the mammal kingdom known as monotremes – the Echidna and the Platypus, both of which lay eggs.

They do, however, produce milk from mammary glands but they do not have nipples.

Instead, their young will suckle milk from hairs especially connected to their mother’s mammary glands.

Turtles are not mammals – they are reptiles. This means that their breeding process follows the rules of reptiles and not mammals.

So, turtles do not have nipples or breasts nor do they produce milk and breastfeed their offspring – these features are limited to mammals and are not shared with reptiles.

How Do Turtles Care For Their Young? 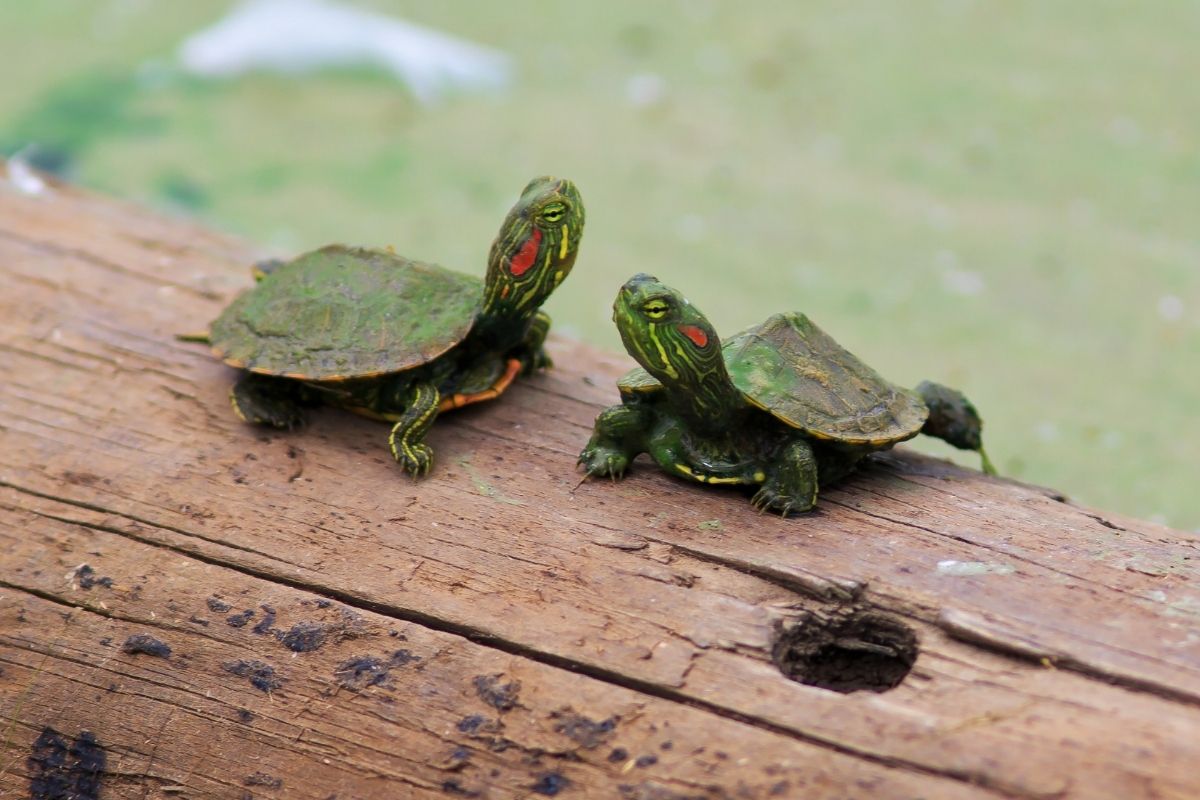 To be pretty blunt – they don’t.

Most baby turtles will never meet either of their parents because unlike mammals, they are not born through the same process. Baby turtles hatch from eggs and are not alive or conscious when they are laid.

Turtles often lay their eggs on land or nearby water. The female will build a nest for her eggs when she is nearly ready to lay them.

She will do this by digging a hole in the ground, laying her eggs inside (the number of eggs can vary from numbers as low as ten to as high as a hundred!), and sometimes covering it up again.

This is to hide the eggs from predators who will eat the eggs for nourishment.

Once the eggs are laid and hidden, the turtle will then wander away and never see her babies.

Her part in their life is over before it has even begun – she has laid them, given them all the protection she can, and will go on to live her life until another breeding cycle.

There are some species that will stay and guard her nest, but they will not stick around for hatching.

Over time, the eggs will hatch and the babies will have to survive on their own. Luckily, they are born with the absolute instinct and drive to do this.

They will already know how to swim and how to hunt for food without needing to be taught – meaning that there was no need for their parents to be in their life at all!

What the baby turtles do next is dependent on their species.

The most famous hatching process is those of sea turtles, who are born on beaches and have to scramble to the sea while birds and other predators try to snatch them up as snacks.

Most baby turtles won’t make it and the mortality rate for the early period of their life is high – but honestly, there is not anything their parents could do.

Until the babies grow large enough to be too big a target for some predators, they are easy pickings and there is not much a mother can do to protect all one hundred of her babies.

So it is better for the survival of the species that she goes off and starts to prepare to lay another batch of eggs.

Do All Reptiles Abandon Their Young? 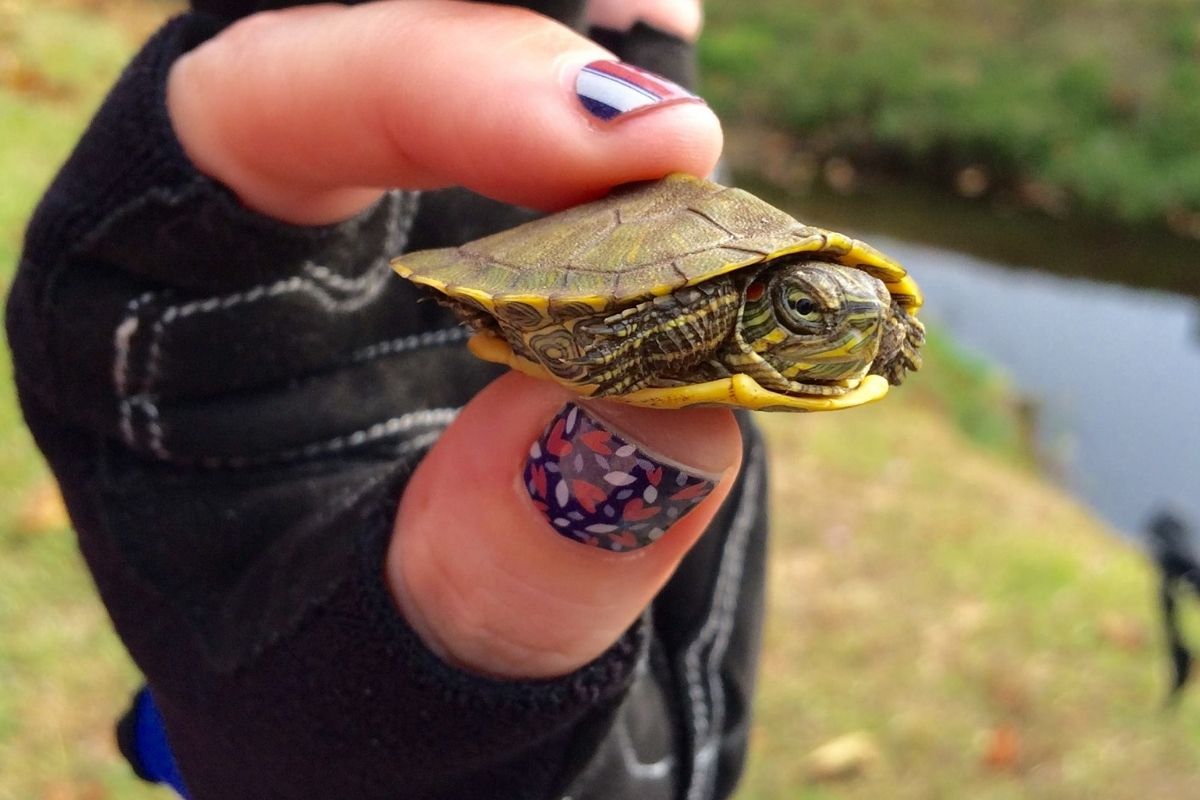 Abandon may be a strong word, but not all reptiles will leave their young before they have even hatched.

Some species of reptiles like crocodiles and alligators stick around and help care for their young until they grow big enough to fend for themselves.

They will provide them with food by catching prey for them to eat – but they do not produce milk nor do they feed their babies through breastfeeding.

They do this because their babies are often born without the instinct to hunt for their own food and thus, they must remain to care for them.

Turtles are not like this – their young hatch with the instinct to hunt and find their own food, meaning that they can fend for themselves from the moment they emerge from their egg.

This makes their mother staying around pointless – they don’t need her to survive.

This can be a difficult concept for us to wrap our heads around. After all, imagine a baby being born and then immediately standing up and walking out of the delivery room to find a house and get a job.

Of course, this is impossible – human babies are not strong nor mature enough to support themselves and thus they rely on their mother.

Baby turtles are not helpless. They don’t need their mother for protection or food – and so it is pointless for a mother turtle to have nipples or produce milk when her babies are already strong enough to find their own food.

So, if a turtle was to remove their shell, you would not find a pair of nipples anywhere on their body.

Turtles do not have mammary glands because they are not mammals, they are reptiles.

They never have to feed their young because baby turtles are capable of hunting and eating their regular adult diet from the moment they are born.

So, the mother turtle only has to lay her eggs somewhere safe and move on – she is no longer necessary for her babies’ survival.

In fact, it’s almost impossible for a turtle to ensure the safety and survival of all her children because she can lay up to one hundred eggs!

It is better for the mother to move on and lay another batch of eggs to ensure her species survival as she would only be wasting her time trying to protect the babies she had already had when there is little to nothing she can do.

So, mother turtles are not being cold or careless when they leave their unhatched eggs behind.

This is just part of their breeding cycle that offers the best possible chances of survival for all turtles.